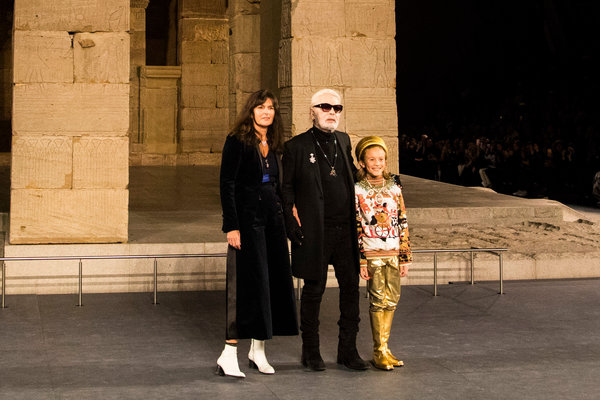 PARIS — If there was any constant to a Chanel runway show, where the set replicates a vast autumnal forest one season and a hulking cruise ship the next, it was the man behind the curtain: Karl Lagerfeld, Chanel’s designer and mastermind since 1983, who died this week at the age of 85.

In January, Virginie Viard, the creative studio director at Chanel, took the bow at the end of the haute couture collection when Mr. Lagerfeld was, according to a statement from the house, “feeling tired” and did not appear himself. Ms. Viard was at Mr. Lagerfeld’s side for the finale of several previous shows, including the resort collection in Paris last May and the extravaganza at the Temple of Dendur in New York in December.

Naturally, speculation ensued: Was this a sign of the house’s imminent succession plan? It was.

Ms. Viard has been in place for years. “Karl is the locomotive, and Virginie is the rails of Chanel,” said Loïc Prigent, the documentary filmmaker who shoots the atelier’s craftsmanship before each show.

In the announcement of Mr. Lagerfeld’s death, Chanel described Ms. Viard as his “closest collaborator for more than 30 years.” The announcement also said that Alain Wertheimer, the chief executive of Chanel, entrusted her with the “creative work for the collections, so that the legacy of Gabrielle Chanel and Karl Lagerfeld can live on.”

Who is she? Ms. Viard, who is in her 50s, grew up in Lyon, France, the eldest of five siblings. Her father is a ski champion turned surgeon; her maternal grandparents were silk manufacturers. In a profile in Grazia, Ms. Viard credited her notions of fashion to her mother and aunts; growing up, she thought Chanel was “old.”

She lives in Paris with her partner, Jean-Marc Fyot, a composer and music producer, and they have a son, Robinson Fyot, who is in his early 20s. (He walked the runway of the Chanel 2014 show in Singapore, wearing a lace blazer.)

How she got into fashion: Ms. Viard studied at Le Cours Georges, a fashion school in Lyon, where she specialized in film and theatrical costume. She spent a year in London at the peak of punk. Later, after a stint at a boutique in Lyon, she became the assistant to the costume designer Dominique Borg in Paris.

Ms. Viard was recommended to Mr. Lagerfeld for an internship by Prince Rainier of Monaco’s head of protocol, who was a family friend. She joined the designer at Chanel in 1987 and, not long after, was put in charge of embroidery. Next came a five-year entr’acte at Chloé, still under Mr. Lagerfeld’s wing. In 1997, she was named the studio director of Chanel.

Her current job: Mr. Lagerfeld referred to Ms. Viard as both his right and left hand. As soon as he completed a sketch, her work began. She oversaw six collections a year and also served as a translator of Mr. Lagerfeld’s vision. She spent time with suppliers and the heads of seven ateliers and assessed what new or archival techniques best corresponded to Mr. Lagerfeld’s ideas. Her involvement extended to approving the model casting and inspecting each detail backstage.

“I always see her concentrated and smiling,” said Mr. Prigent, who added that she seemed “absolutely loyal to Karl.” And, he said, “I have never heard her complain about the crazy pace of the collections at Chanel.”

Her rapport with Mr. Lagerfeld: Ms. Viard has said that Mr. Lagerfeld was the only person she addressed with the formal French “vous,” and that she enjoyed doing so. In the Grazia profile, she said: “My role with him consists of making sure he feels good. Over the years, there have been tiring moments, things unspoken; but overall, always, respect and kindness. We communicate each morning by text.”

But she was never his yes person. “When I have something to say, I tell him,” she told Madame Figaro in 2011.

Her style: Ms. Viard’s signature is her fringe: a shelf of 1960s-era bangs that graze her smoky eyes and balance her shoulder-length slept-on waves. She is often in a Lagerfeld-like uniform of rocker-chic black jackets, skinny black jeans and vintage T-shirts. Think Coco Chanel crossed with Patti Smith.

She favors jeans from Stella McCartney and sometimes uses a Dylon home kit to dye them blacker still. And she avoids heels. “I am tall, and I don’t like to be noticed,” she has said. In 2015, her non-Chanel preferences leaned toward Balenciaga (circa Nicolas Ghesquière), Maison Margiela and Comme des Garçons.

Her life outside Chanel: Among her closest friends is Caroline de Maigret, a longtime Chanel muse. In 2015, when Mr. Lagerfeld accepted the role of creative director of the Hyères Festival, Ms. Viard presided over the fashion jury, which included Ms. de Maigret and another friend, the architect and designer India Mahdavi. Michel Gaubert, fashion’s in-demand sound director, is also part of her inner circle.

Her reputation within the industry: Ms. Viard has no social media presence and a role that remains largely out of the public eye. Despite her tenure, responsibilities and proximity to Mr. Lagerfeld, her name has been conspicuously absent from the Business of Fashion’s 500 list. Nonetheless, the French fashion media appears to regard her with a degree of awe, praising her discretion and steady demeanor.

Her sense of Chanel: When asked by a journalist for Madame Figaro in 2017 what makes a “Chanel girl,” she replied, “As I have always been a Chanel girl, I don’t know how to be anything else.” 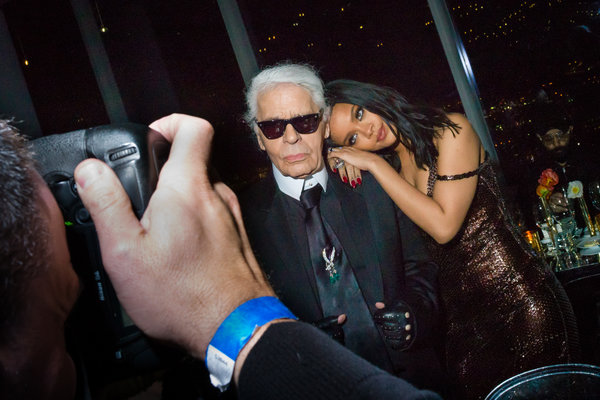 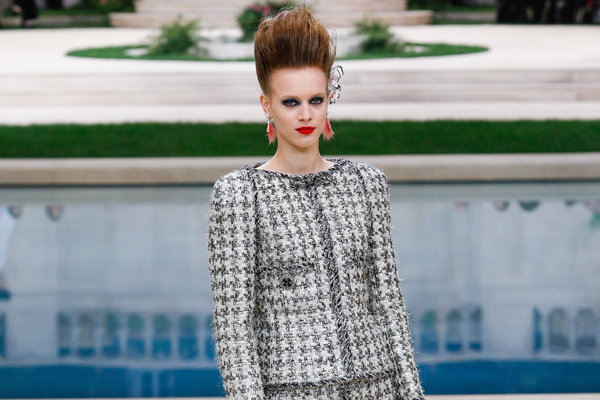 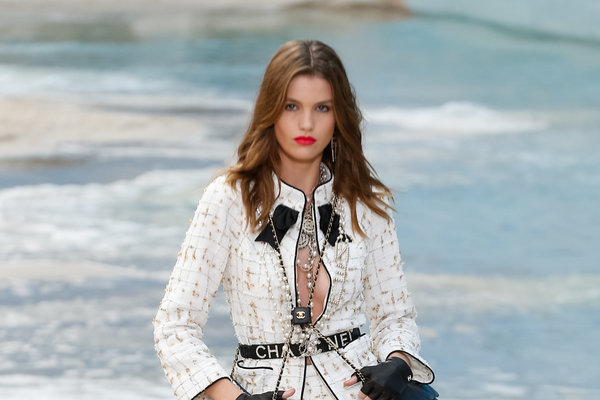