The designer, 44, stunned in a black plunge neck gown and once again pulled her favourite bizarre pose that she has been doing for years. 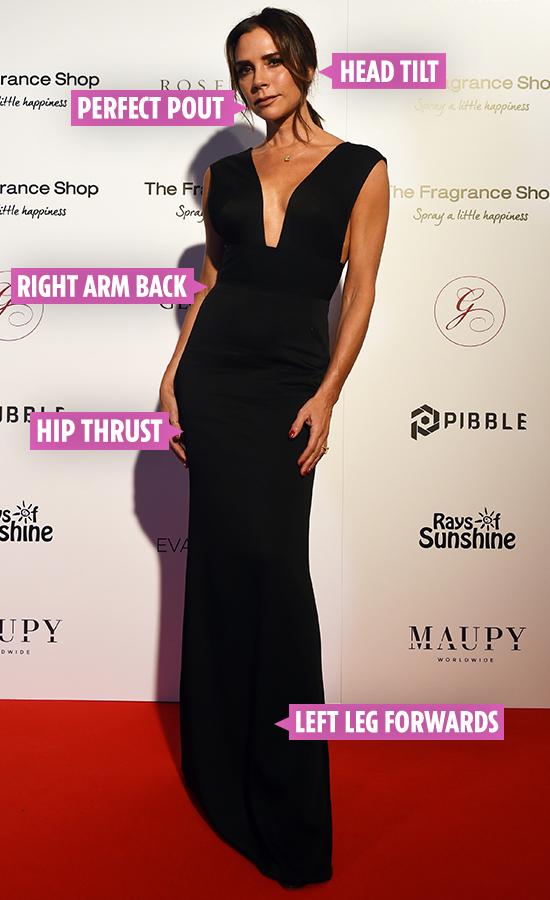 The stylish mum-of-four has got her VB slant down to a tee and looks like a carbon copy in nearly all of her red carpet moments.

The pose involves the ex Spice Girl placing her left leg slightly in front of the other and leaning slightly backwards, with her left arm elongated down her side.

Victoria has been pulling her signature pose from as early as 2006, and it helps to elongate her legs and to create a sleek jawline. 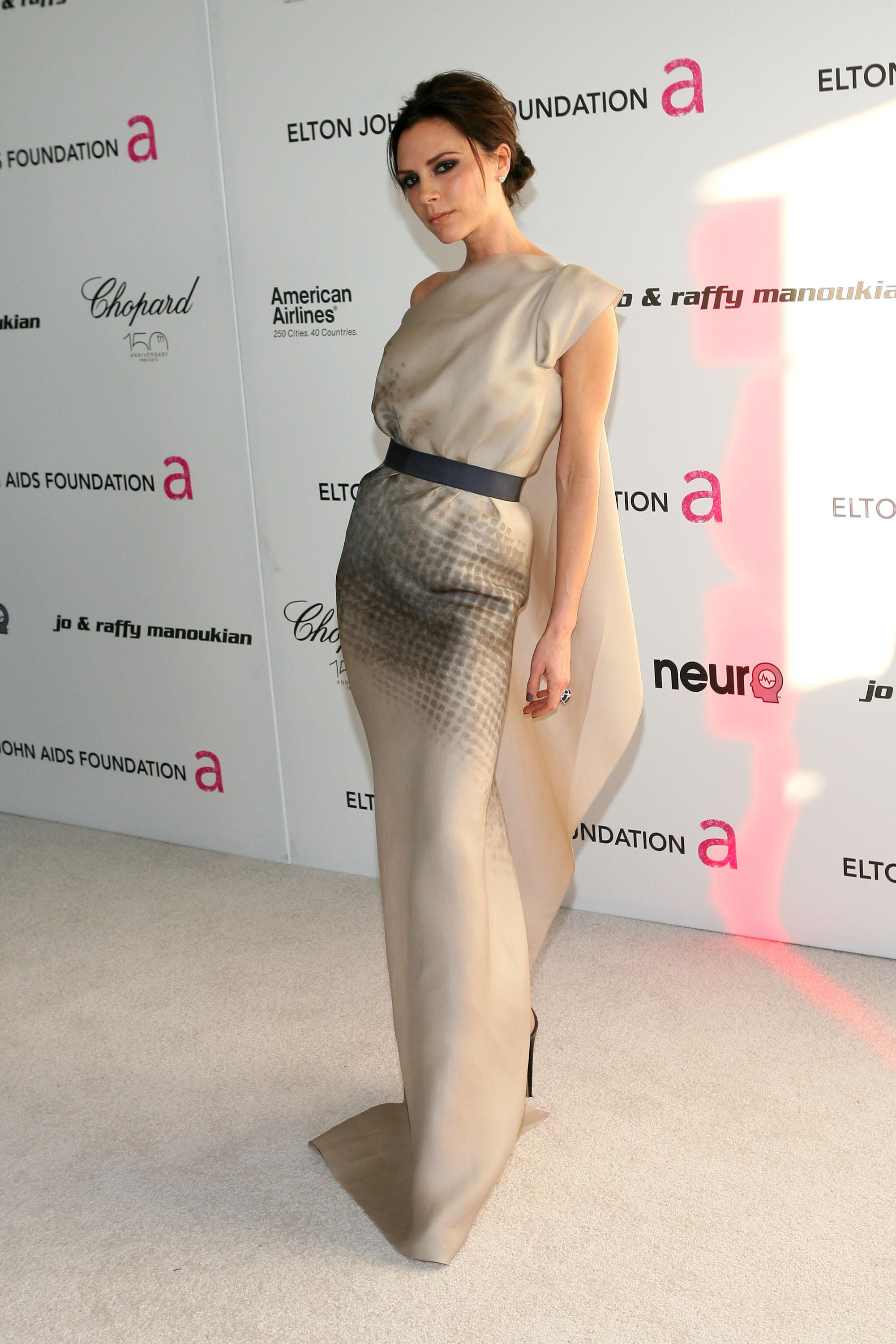 The former Spice Girl certainly knows how to work her angles, and juts her hips out at 10 degrees and tilts them sideways.

Fashion stylist Harriet Davey said to Fabulous: “It's all about creating the desired 'S' curve all the celebs aim to get on the red carpet, and this is perfect for VB to create these curves.

“It adds a hint of hourglass to her body shape, and seen as she usually wears quite fitted dresses this is a way to create the sexy silhouette." 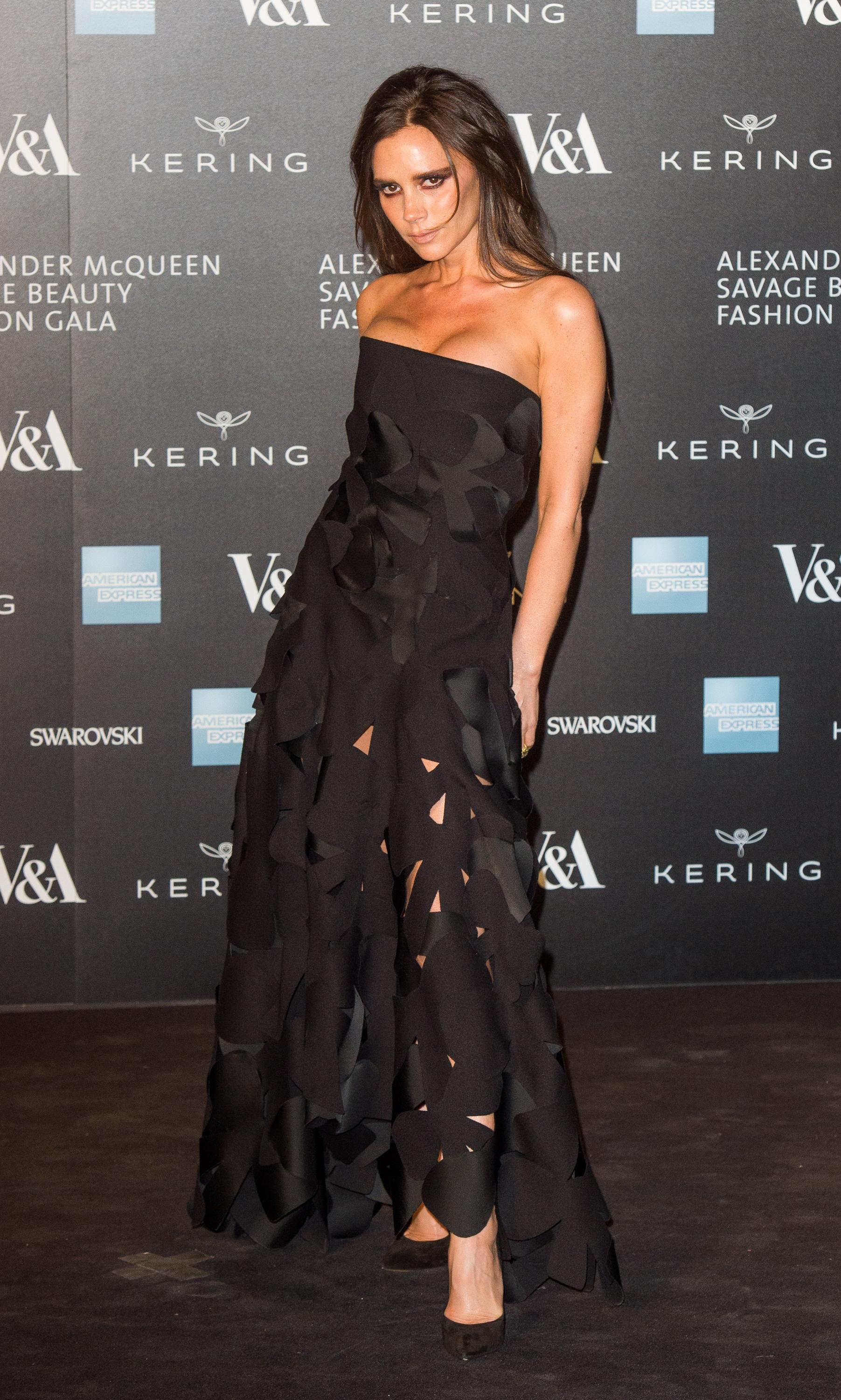 You may have noticed that Posh is rarely pictures facing the camera straight on, and prefers to tilt her chin to the side.

She cocks her head to the right at 15 degrees for a very specific reason.

Harriet explained: “The chin tilt is an important one for Mrs Beckham, and seen as she rarely smiles in photos this is an easy one for her to perfect.

“It's all about that jawline, by lifting up the chin slightly and tilting it to the side she's making sure she has a sleek jawline at all times.

“This is definitely a trick to try out on Instagram to avoid the dreaded double chin." 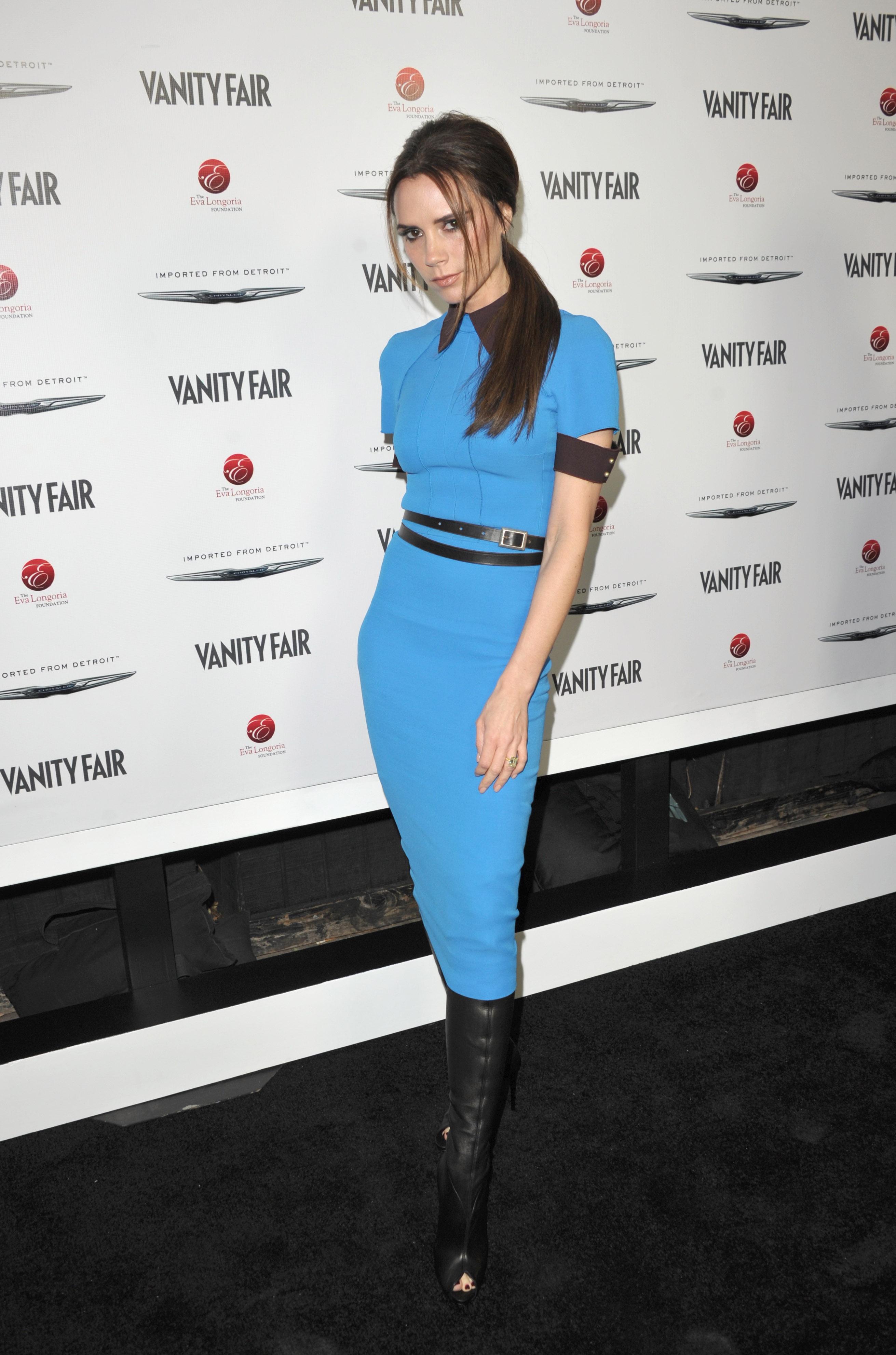 The star is famous for not cracking a smile, and Victoria always pulls a killer pout for the camera.

And last night was no exception as she posed with the likes of close friend Eva Longoria and son Brooklyn.

In the past, Victoria has been criticised for not smiling, but certainly doesn’t let it faze her.

She was mocked in May for scowling when she arrived at Prince Harry and Meghan Markle's wedding.

Victoria responded to make light of her moody appearance and said she was “smiling on the inside”.

Many people have a favourite side and Victoria always puts her left leg forwards when she poses.

Harriet said that this handy trick can help to elongate her legs and show off her incredible wardrobe choices.

She said: "After years of practice in front of the camera, of course Victoria Beckham knows all her best angles and it's clearly her left side.

“By putting one leg in front of the other she manages to make her legs look longer, her slim frame look slightly more curvy at the hips AND it shows off her endless shoe wardrobe all in one simple trick.

“She definitely puts her best foot forward in the style stakes."

There's a reason behind every part of the pose, and Harriet adds: "while pushing out the hip creates the curves, tucking in one arm keeps her looking svelte.

“Standing slightly to the side as she tucks her arm behind and stops the shoulders looking broad.

“This shows off the curves she does have and it's the perfect way to have a confident posture to show off her amazing outfits." 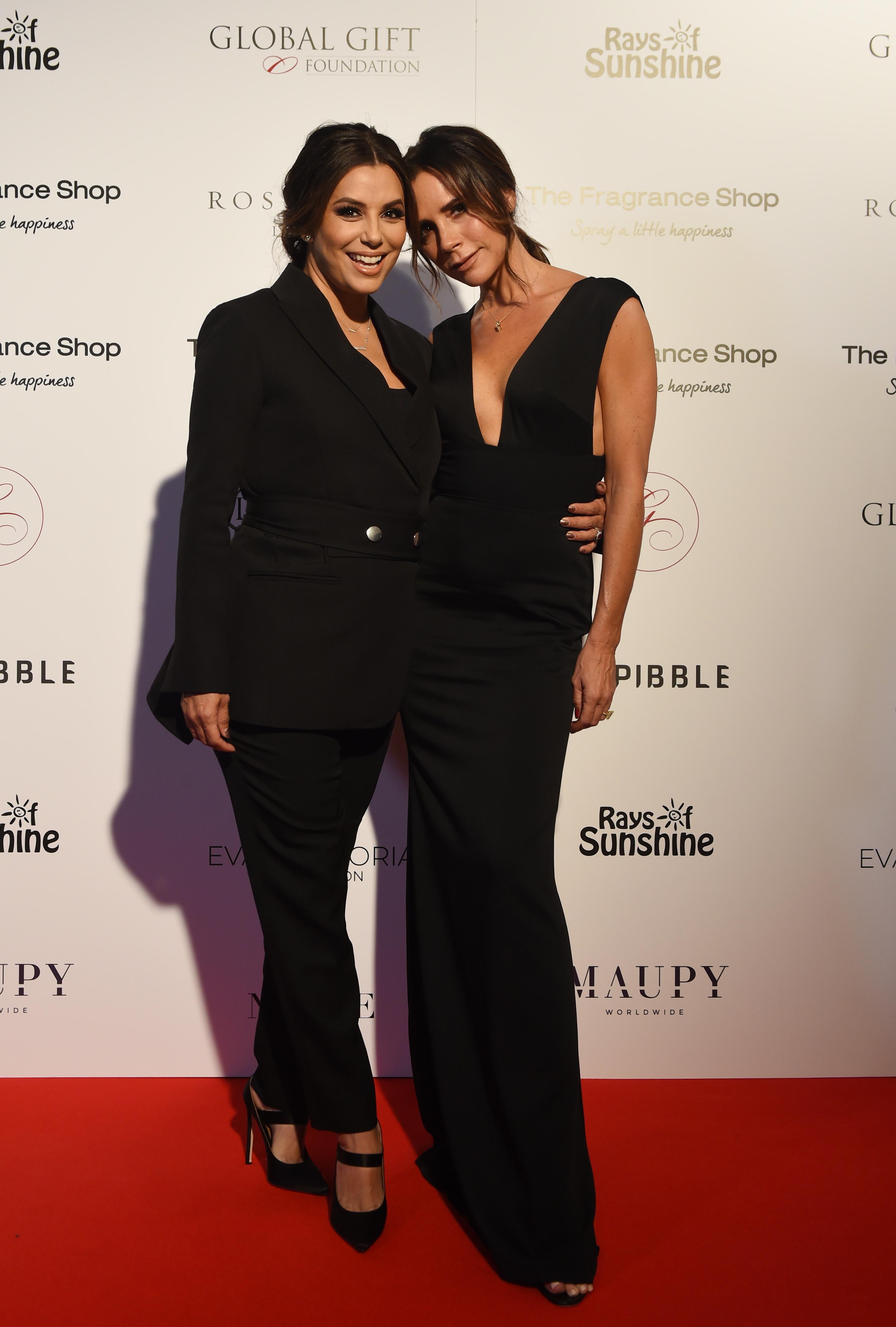 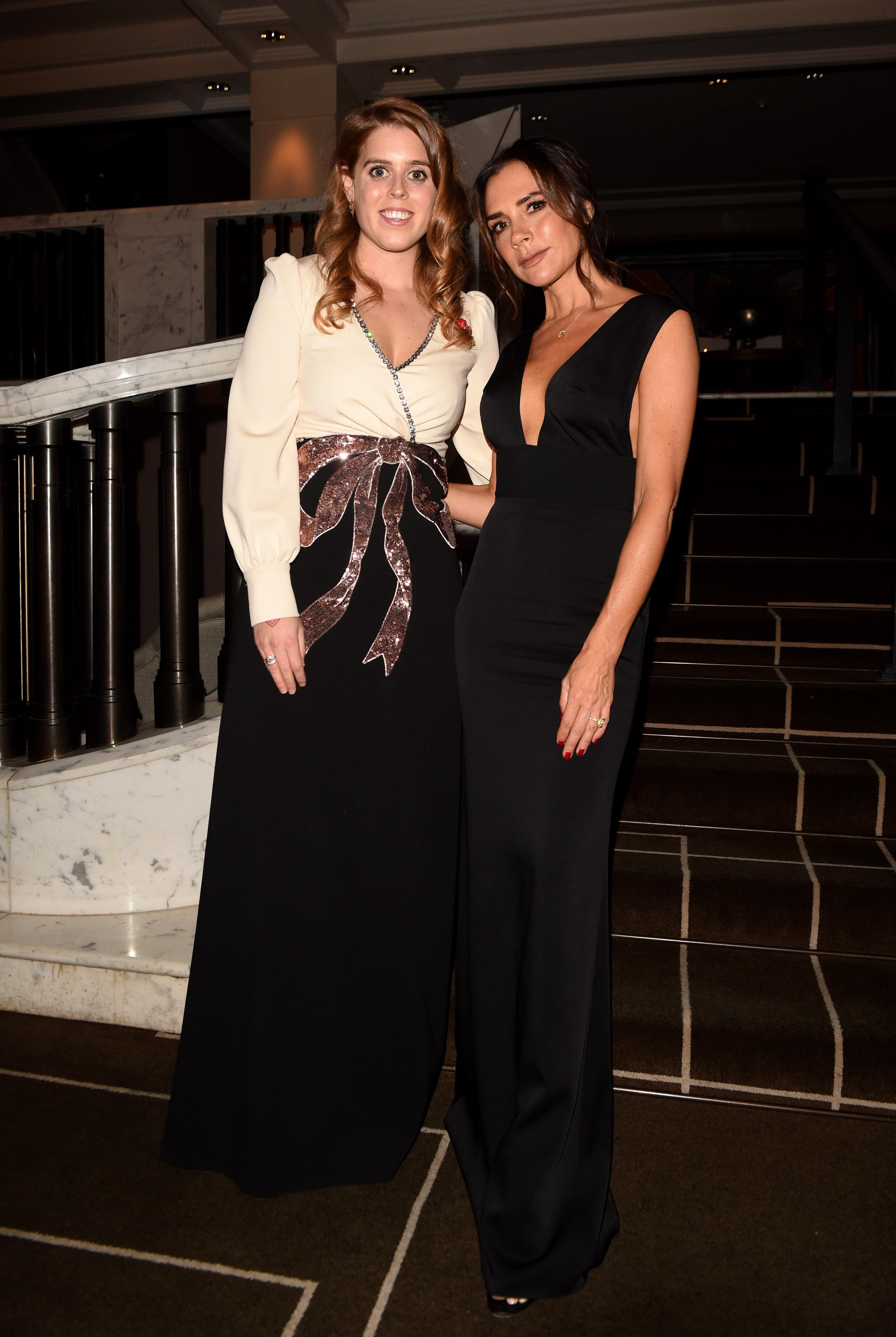 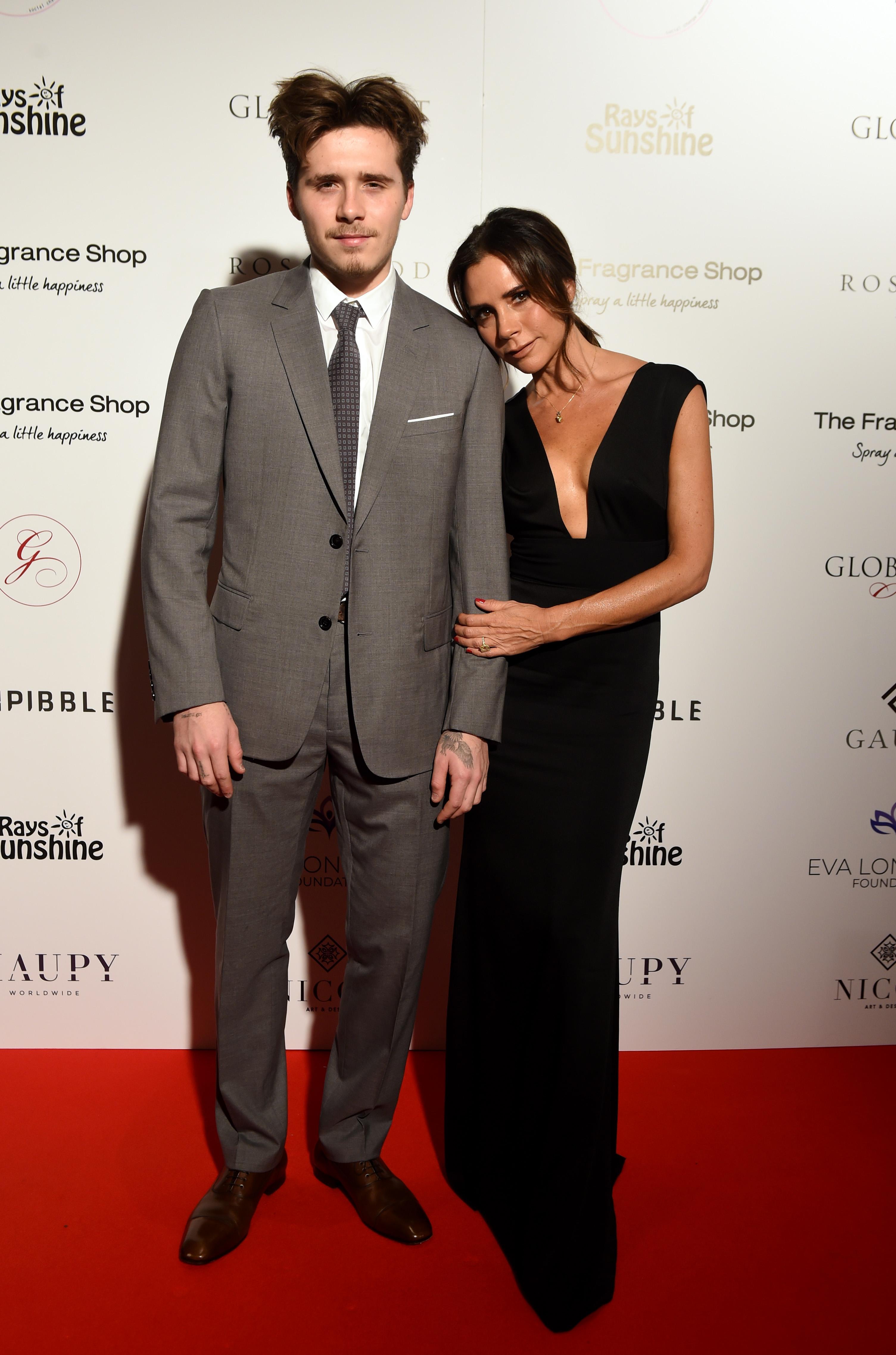 The Global Gift Gala is an international fundraising event which supports the lives of children, families and women across the world.

The 42-year-old is the acting ambassador of the Global Gift Foundation which funds a number of projects including The Eva Longoria Foundation.

19-year-old son, Brooklyn was also in attendance supporting his mum.

We recently told you about the £5 bodysuit – which makes the wearer look completely NAKED.

We also revealed rebel Lady Amelia Windsor worries she’ll post something ‘inappropriate’ as she ‘gets to grips’ with being the Royal Family’s first influencer – here are her most candid posts.

And we showed you what we can expect from Kate Wright and Rio Ferdinand’s wedding – from a slinky dress and A-list guests to LOTS of bling.