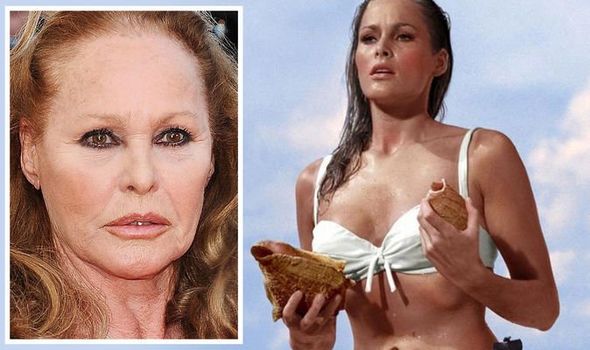 And shelling out around £400,000 could make you the owner of the world’s most famous swimwear. Ursula’s ivory-coloured two-piece from James Bond’s first screen outing in 1962 is among iconic 007 props going under the hammer in an online auction in Los Angeles on November 12 and 13.

It is expected to fetch at least £387,000. Ursula, now 84, played beachcomber Honey Ryder in Dr No who is first seen coming out of the sea with seashells in hand and a knife belted to her hips.

The Swiss actress, who sold the bikini at a London auction in 2001 for around £48,000, has said: “My entrance in Ursula’s and the film wearing the bikini on that beautiful beach seems to now be regarded as a classical moment in cinema and made me world famous as The Bond Girl.” 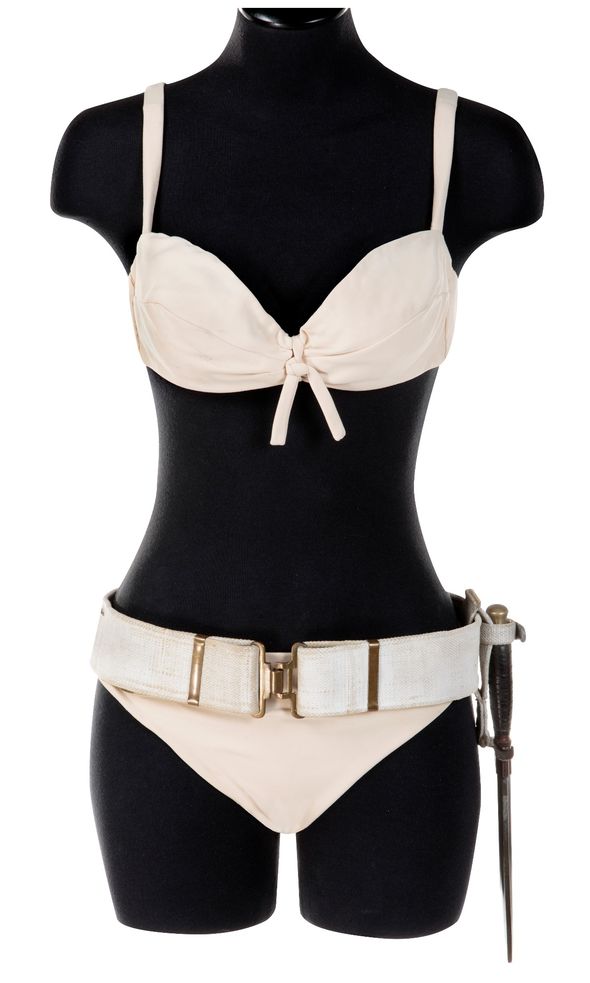 Brian Chanes of auctioneers Profiles in History said: “It is regarded as the most famous bikini in the world.”

Roger Moore’s monogrammed pyjamas from 1973’s Live And Let Die are estimated to fetch around £12,000, while Jane Seymour’s emerald cape and headdress from the same film could sell for £62,000.

The grey signature jacket worn by villain Ernst Blofeld in 1971’s Diamonds Are Forever, which starred Sean Connery, could bring more than £23,000.