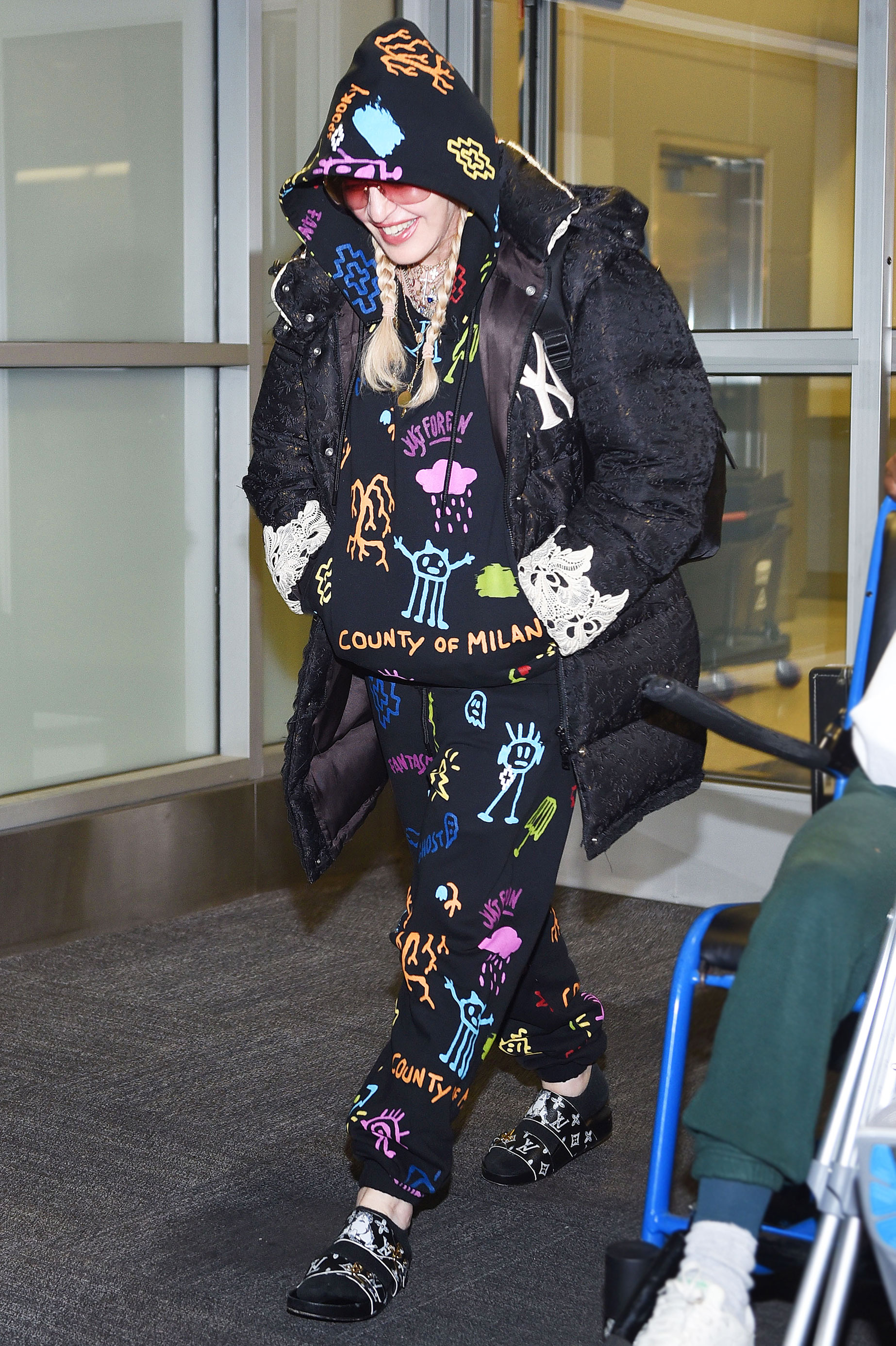 No one disrespects Madonna!

Italian designer Marcelo Burlon, the creative director for the brand County of Milan, has issued a public apology after calling the music legend a “human toilet.”

On Sunday, June 16, the “Like a Virgin” singer was spotted at JFK airport wearing a head-to-toe Country of Milan ensemble. The black sweatpants and matching sweatshirt were covered in colorful graphics and designs including stick figures, lightning bolts and even a few phrases.

Burlon then posted a series of the pictures of her wearing the outfit on Facebook with a caption that roughly translated to: “And the time finally came that Madonna, the human toilet, wore County [of Milan]. I want to guarantee that nobody has given her anything for free, but that she paid with your money,” as Instagram account Diet Prada reported.

He has since deleted the post and issued a long public apology in an Instagram caption on Tuesday, June 18, after many called him out as being misogynistic.

Khloe Kardashian and Scott Disick Are Giving Away Over $12,000 Worth of Louis Vuitton Bags — and the Contest Has the Craziest Rules

“I made a huge mistake and I would first and foremost like to apologize for my stupidity,” he wrote. “Social media is a tool which can often be used for a frivolous laugh, but what I really learned today is that this should never ever be at the expense of another person or group of people.”

He continued to explain, claiming that he often uses the common Italian slur with friends in a non-offensive manner. However, he recognizes his mistake and understands that he should have celebrated the fact that a international superstar wore one of his pieces.

“I would like to ask forgiveness and express my most sincere regret to Madonna and anyone whom I might have offended, insulted or touched,” he wrote. “My intention was never to provoke antagonism or hate. I made a naive and stupid mistake but the root of this should not be misunderstood as misogynistic because that was in no way my motivation.”