A STUDENT has slammed fashion etailer I Saw It First after ordering a crop top that was so small she claimed it wouldn’t “fit her nine-year-old cousin.”

Simone Lyle, from Ballymena, Northern Ireland purchased the £20 lime green bralet from the brand loved by the Love Island girls. 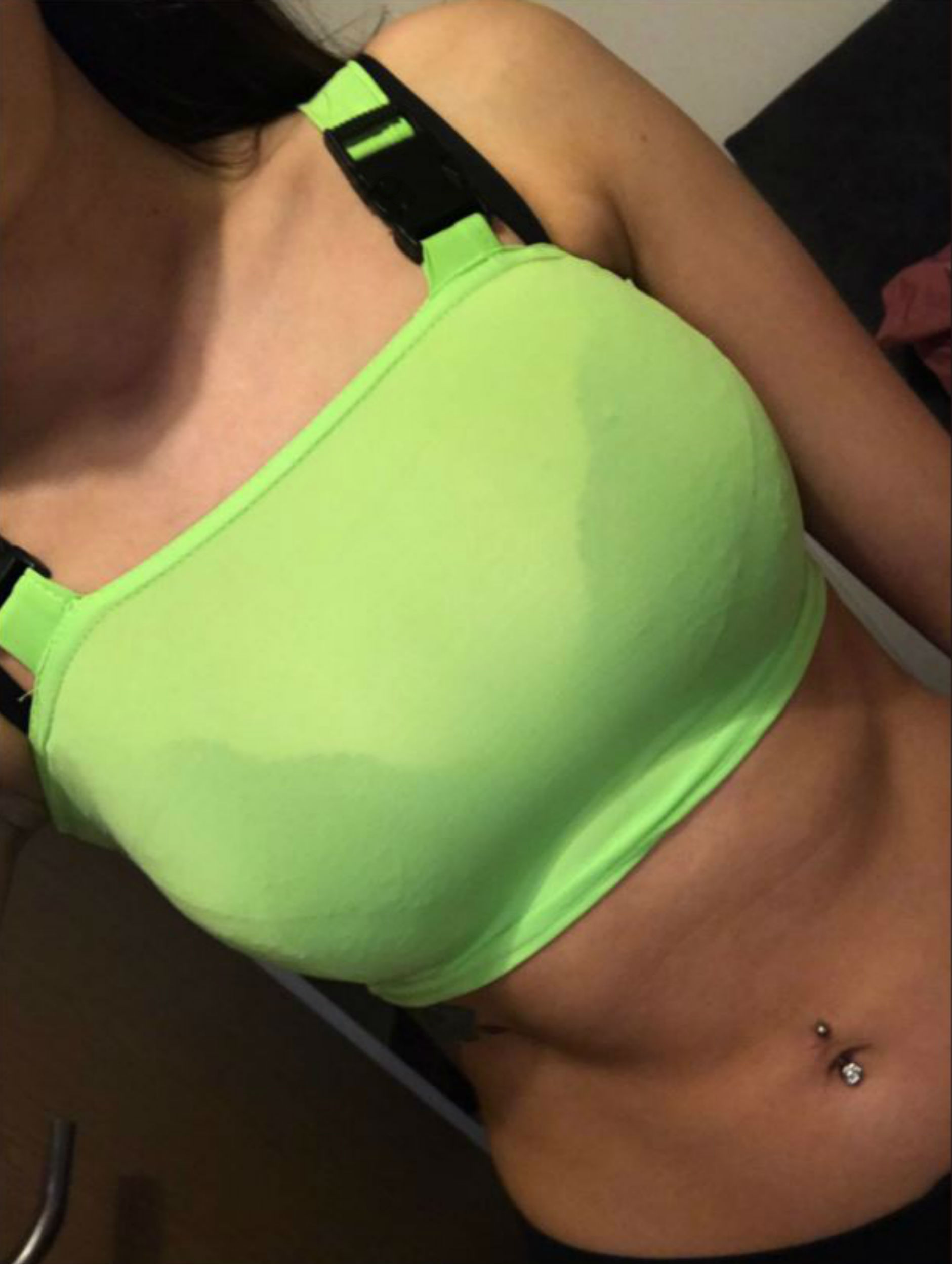 However, when it arrived the 21-year-old student nurse found that it strained across her bust, despite her being a petite size 8.

Lyle shared snaps of her disastrous purchase on Twitter, placing it next to her hairbrush for scale.

Captioning her tweet she wrote: “I mean forgive the black bra but @isawitfirst is this a bloody joke? 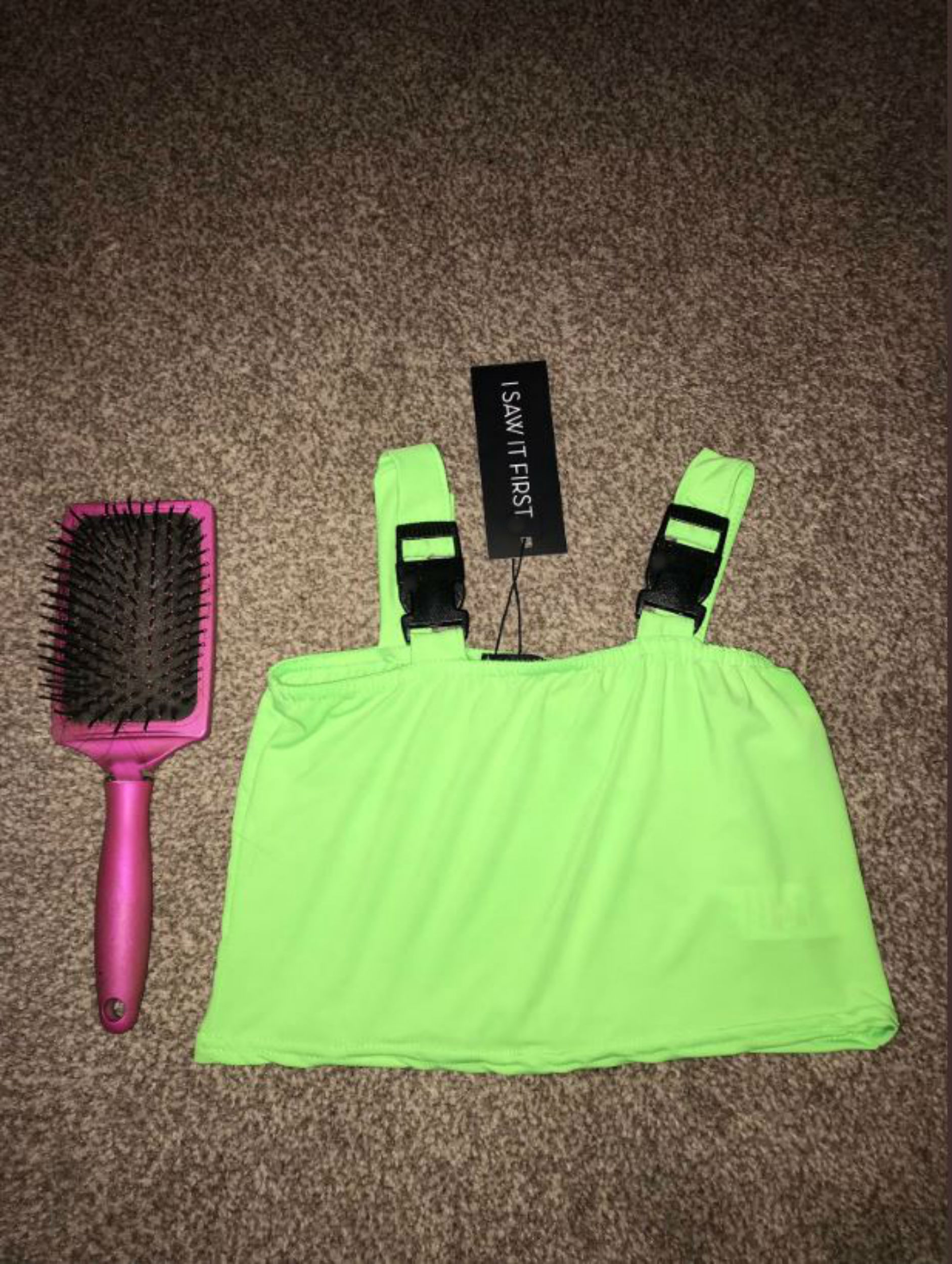 She shared two further photos of a model posing in the bralet on the brand’s website, stating that she was a 5’9” and wearing a size 8 – meaning that it should have fit Simone adequately.

And her followers quickly came forward in support, with some admitting that they too had the same problem.

Responding to her tweet one wrote: “Omg u poor babe, that quality is shocking too.” 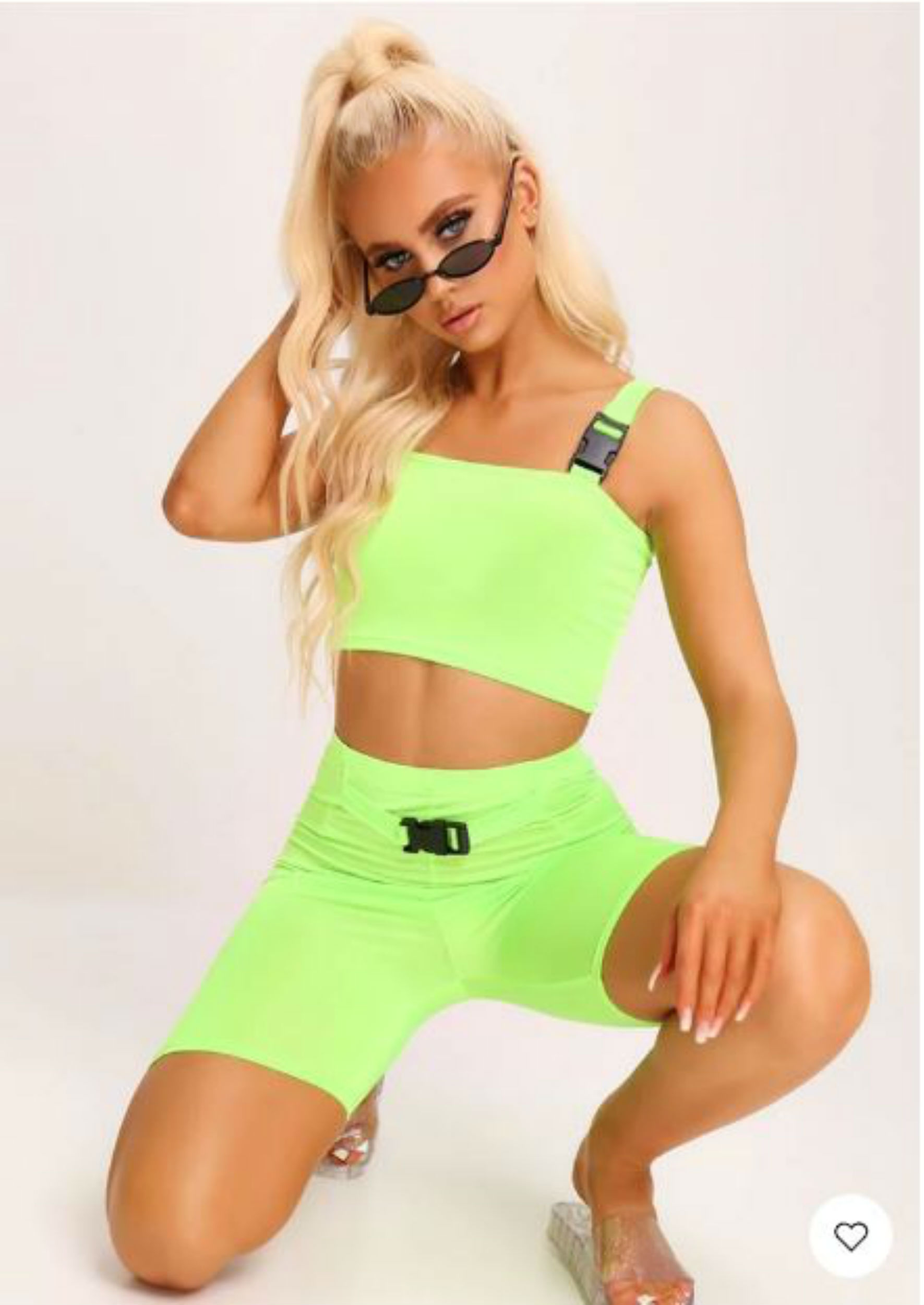 Another agreed adding: “I had this problem tried to order Molly-Mae black dress looked nothing like the picture they advertised never again will I shop of it.”

A representative from the store then replied to the tweet, writing: “Please could you pop us a DM and we will be more than happy to look into this further for you?”

However, Simone was quick to clap back: “As I’m sure you would be, I’m not feeling very good about my order.

“Please don’t advertise your clothing sizes falsely as it makes us gals feel very insecure and larger than our size, thanks x”

Fabulous Digital has contacted I Saw It First for a comment.

This is just the latest in a long line of online shopping disasters.

We previously told you how a shopper was left outraged after receiving a bikini from I Saw It First with "someone's period/ discharge stains in the crotch."

And this fashion fan was left in hysterics after a Bohoo pink crop top left her 34G boobs hanging out because of a sizing error.