IT HAS  been a fashion go-to for women and young girls for some time, with influencers and reality TV stars even jumping on board to launch their own line with the UK-based fashion retailer.

But it seems that PLT has taken their latest campaign too far with one shopper left outraged claiming that browsing PrettyLittleThing's website left her feeling "dirty". 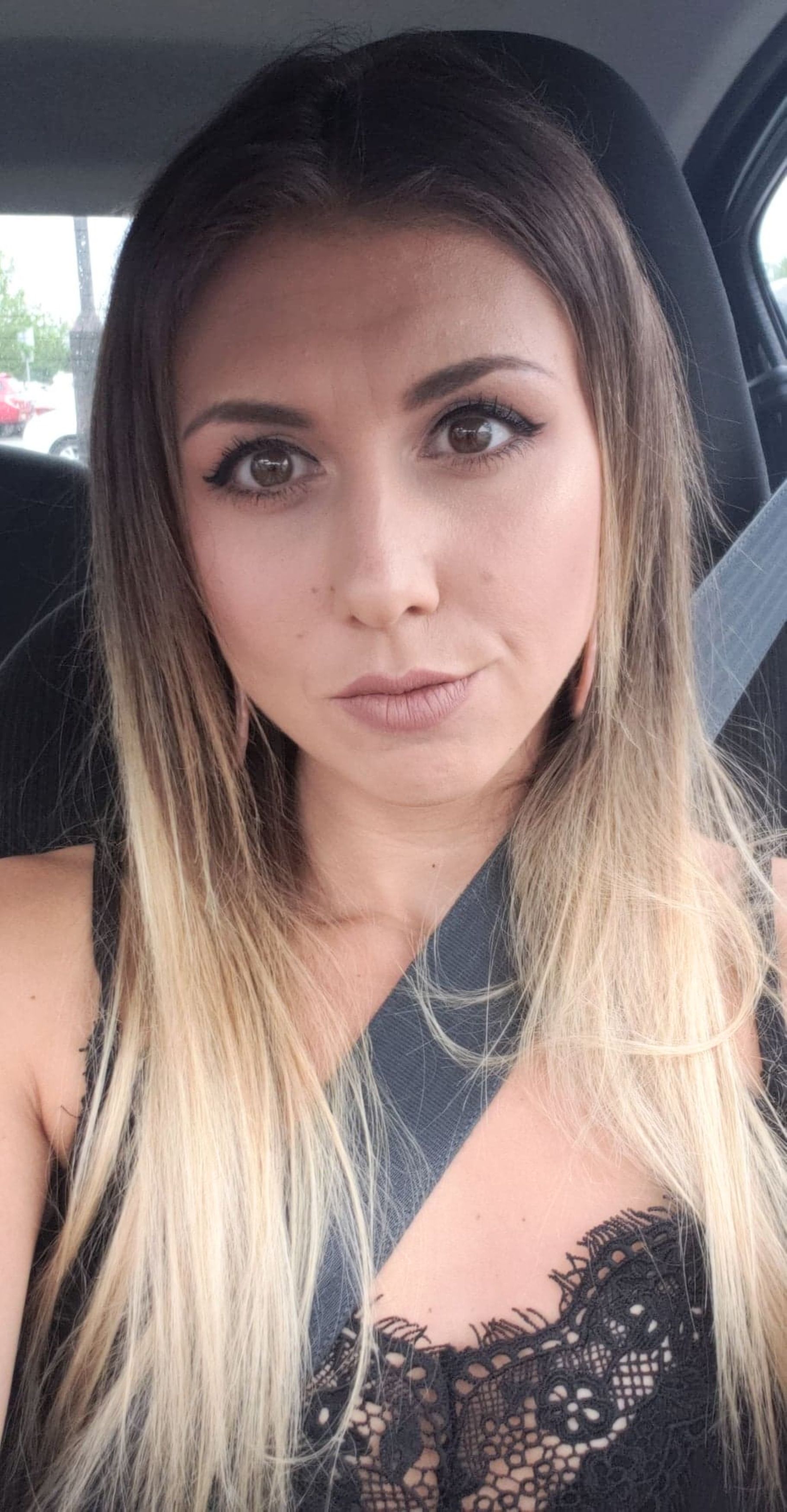 One model can be seen posing in a barley-there orange dress with cutouts down the side as she crawls on the floor with her butt in the air – a motion which Rebecca compared to an adult movie.

It's safe to say the model knew her best angles as she was seen in a second photo leaning against a wall peering over her shoulder as she popped out her hip to show-off her behind – and at risk of showing so much more in the extremely tight bodycon dress which barely covered her bits. 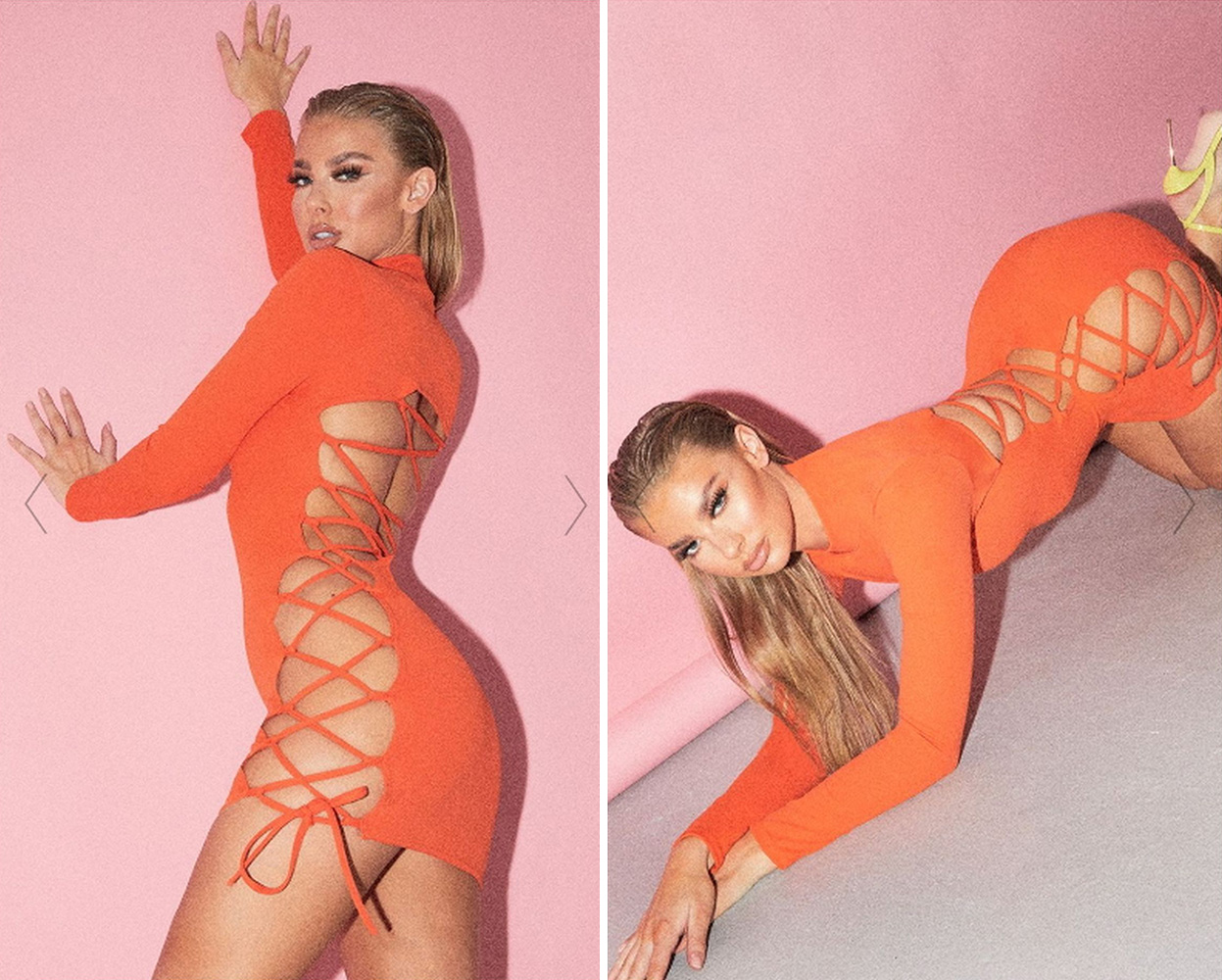 Things could have been extremely awkward if that were the case, huh.

But in her full post, Rebecca, from Burton-on-Trent in Staffordshire said: "Is there a reason why a lot of the models on your website pose quite inappropriately?

"It never used to be like this so I'm just trying to understand whose big idea it was to make shopping for clothes an uncomfortable experience."

The post continued: "Not like I can properly see what the clothes look [like] when the model is on her knees, legs spread and I'm greeted by a crotch about 60 percent of the time.

"I'm by no means easily offended but it just seems unnecessary. Why do you need a topless model to sell jeans either?"

I mean, she has a point, right? 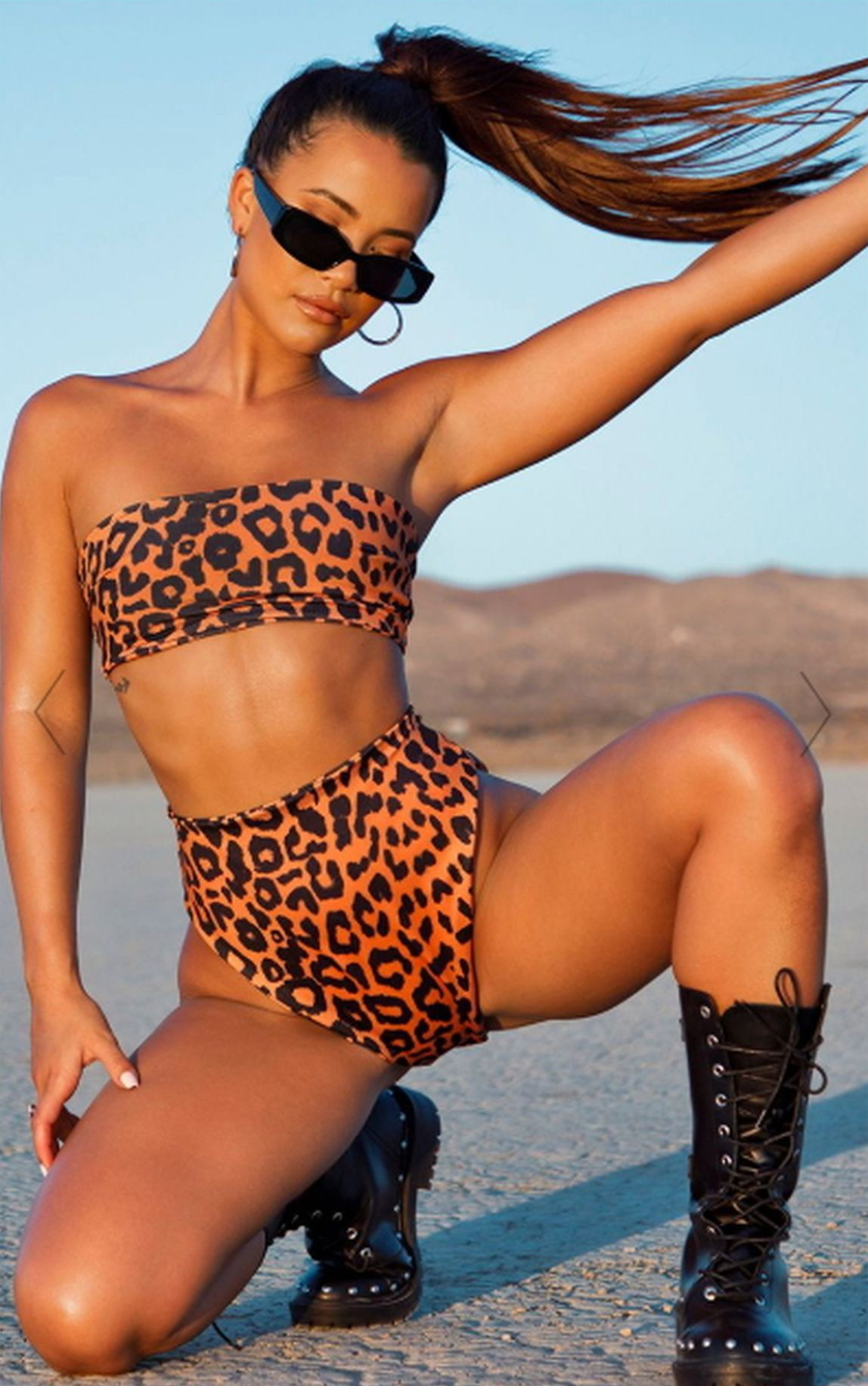 But despite making the complaint at the end of January, Rebecca says she still has not heard back from  PrettyLittleThing.

But that could be because they are facing bigger issues with their YouTube ad also being banned with claims from the ASA (Advertising Standards Authority) saying the advert "overly sexualised and objectifies women" as well as being "offensive and irresponsible".

But I suppose PLT got one thing right – points for consistency, am I right!?

On a more serious front, Rebecca also stated that the brand isn't sending the right message to young girls and that some of her friend's sisters who are just 14 regularly shop on the site.

I'm by no means easily offended but it just seems unnecessary. Why do you need a topless model to sell jeans?

She added: " The clothes are cheap enough already, you don't need to sex it up to sell it

Despite shopping on the popular site for over three years, Rebecca insists she is now turned off from shopping with them again because of their "wrong" and "inappropriate" messages that make her, and others, feel "uncomfortable and dirty looking for clothes".

Rebecca first noticed the risque poses after browsing online for bikinis last year and noticing their models were "on their knees and legs spread". 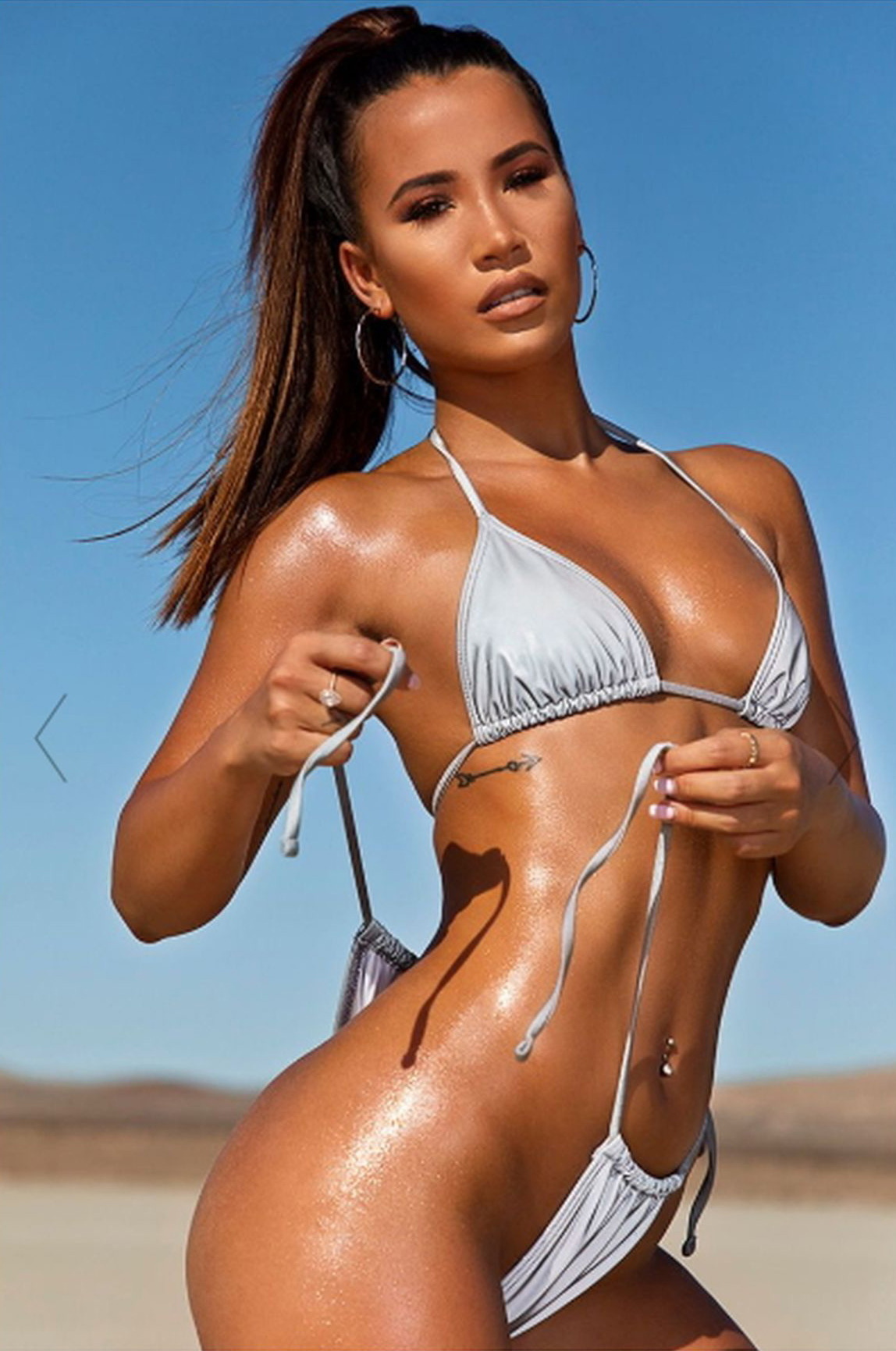 Rebecca, who is a student and part-time healthcare assistant, recalls looking at some bikinis and thinking, "They don't need to do that. It's all aimed at women so why are they photographing it like it's for men?"

While the healthcare worker is turned off the site in general, she admits to having recently made a purchase from the popular site but claims she is "only comfortable buying joggers" from them the photos were appropriate and she could actually see the item advertised.

For more news on the brand's epic fail, check out BUM DEAL Shopper left with bum fully exposed after size 12 Pretty Little Thing dress would only fit an ‘eight-year-old’.

Or for more fashion fails, this woman was disgusted after buying a "brand new" jumpsuit from ASOS and finding period blood in the crotch.

And this wedding guest's Kim Kardashian-inspired bandage dress has been likened to a "plaster-covered cockroach".

Plus shoppers have been left baffled by a £220 single earring which looks like its still in its cardboard packaging.