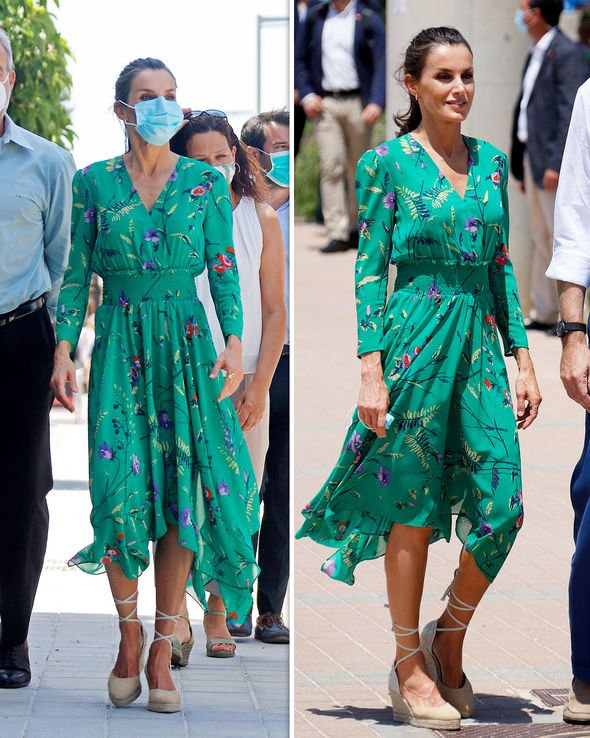 Queen Letizia of Spain opted for an eye-catching green number as she stepped out with her husband, King Felipe VI yesterday. The Spanish royals had their face masks on hand in Palma de Mallorca.

During the visit, she met with social agents to learn about health protocols in hotels.

The meeting comes as tourists could soon return to parts of Spain. 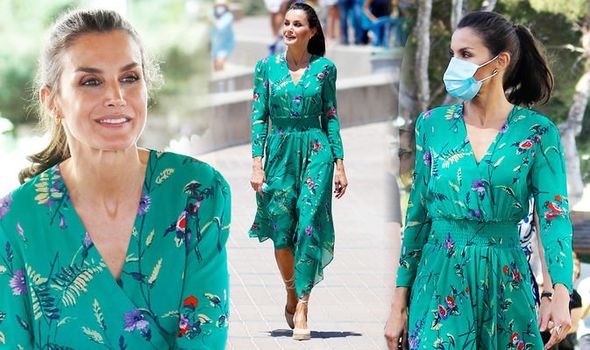 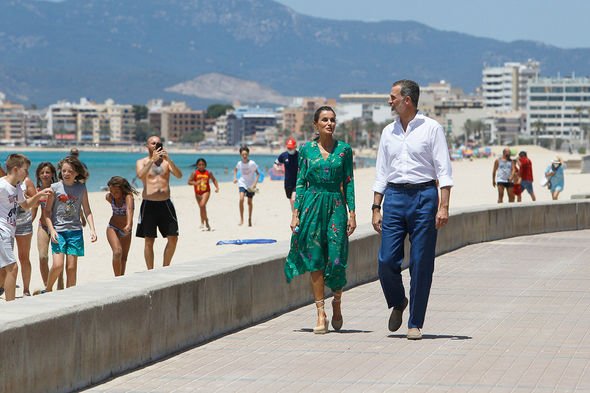 The sold-out Maje ‘Rayema’ dress, £239, was first spotted on the royal last summer.

It has a loose midi skirt with an asymmetric hemline which caught the wind as she walked.

The bold garment had a floral design across it featuring purple, yellow and pink flowers.

Queen Letizia showed off her petite frame with an elastic waistband pulling her in.

While walking down Palma Beach, she enjoyed the sun while carrying a protective face mask in her hands.

When meeting with tourism representatives, the royals put on their face masks.

Queen Letizia dressed the look down with a pair of casual lace up nude espadrilles.

The shoes appear to be from Spanish brand Mint & Rose and cost around £85. 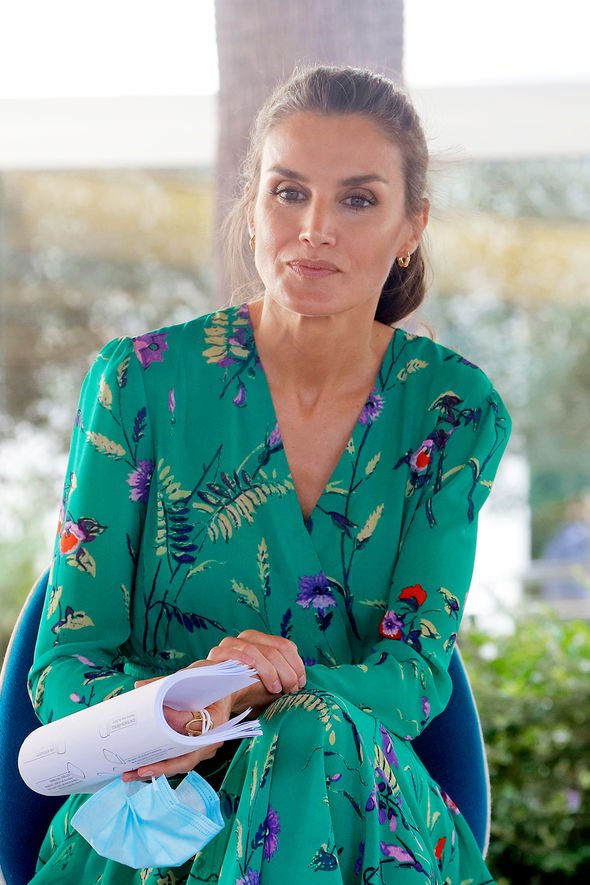 Queen Letizia pulled her short brown hair back into a sleek high ponytail.

The mother-of-two opted for a simple make-up look with a slick of mascara and nude lipstick.

The royal couple have been visiting different regions of Spain to learn about efforts fighting coronavirus.

This comes after Spain’s borders opened on June 21. 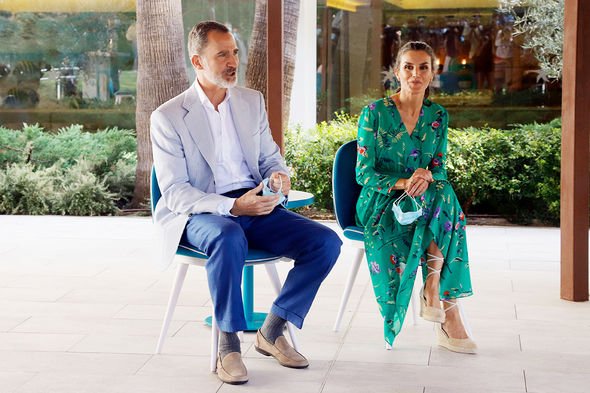 Earlier this week, Letizia was in Gran Canaria to visit the Pérez Galdós House-Museum.

She opted for a glamorous look, wearing a v-neck grey gown from Zara.

The sold out garment was floor length and was available to buy for £19.99 in a recent sale.

Queen Letizia of Spain: Five facts about the Spanish royal

Letizia was already famous in her native Spain thanks to a career as a TV presenter and journalist.

She even won an award for best Spanish journalist under 30 in 2002, just before she met King Felipe.

Felipe and Letizia Ortiz, as she was called then, wed in 2004.

She wore a long-sleeved wedding dress with a 15 foot train by Manuel Pertegaz.

As is custom with royal weddings, Letizia wore a tiara. Her diamond and platinum Prussian tiara is a German imperial heirloom created in 1913 by Koch for Princess Victoria Louise of Prussia’s wedding to Prince Ernst August.

Letizia is the eldest of three daughters, with her middle sister tragically taking her own life in 2007.

Now, Letizia has two daughters, Leonor, Princess of Asturias and Infanta Sofia of Spain. She is a hands on mum, taking the children to school and enjoying countless family holidays with them.

Letizia has been married before, wedding Alfonso Guerrero, a teacher, in 1998.

However she did not require an annulment before her roman-catholic marriage to then Prince Felipe in 2004 as her marriage to Guerrero was a civil ceremony.

In 2008, Letizia underwent surgery on her nose to correct a respiratory problem, the Spanish palace confirmed at the time.