The Duke and Duchess of Cambridge delighted royal fans with a surprise appearance from all three of their children, Prince George, Princess Charlotte and Prince Louis ahead of their Buckingham Palace balcony moment to mark the Queen‘s Platinum Jubilee on Thursday.

SEE: Duchess Kate and Prince William’s school night dinners for their three children are so relatable

The royal tots looked so smart as they joined their mother and the Duchess of Cornwall in a horse-drawn carriage their great grandmother’s 70th year on the throne. Watching the RAF flypast, George, eight, Charlotte, seven, and Louis, four, seemed captivated by the Trooping the Colour event.

The Cambridge children are rarely seen together in public, so it’s always a joy to see all three join William and Kate for such a special occasion. And didn’t they look smart?

Prince George was every inch a future king in a crisp white shirt, smart navy trousers and slick navy jacket. The young royal added a cobalt blue tie, coordinating with his brother and sister’s blue outfits. 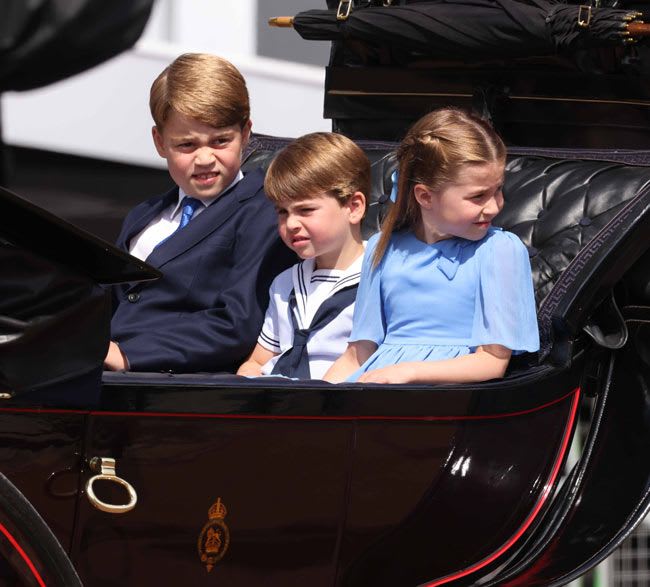 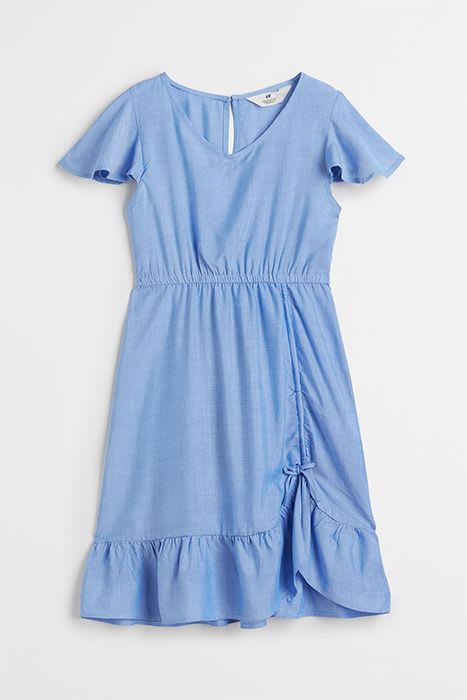 Her brunette hair was styled into one of the Duchess of Cambridge’s favourite hairstyles, a half-up, half-down look, fastened with an elegant blue bow. 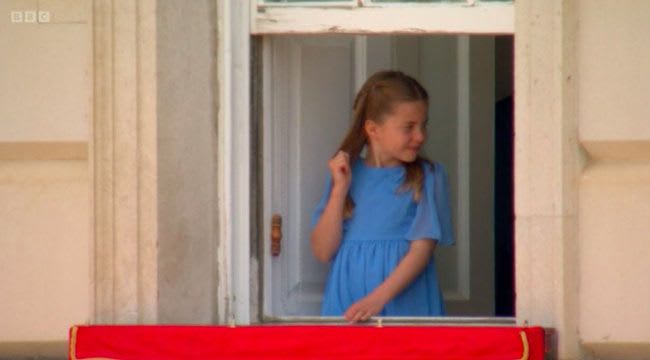 Little Prince Louis looked so sweet alongside his siblings, wearing a sailor’s suit complete with a navy blue scarf.

Given that the Duchess of Cambridge is widely regarded as one of the best dressed royal ladies, it’s no wonder her children looked so immaculate for the iconic occasion.

RELATED: Kate Middleton and Prince George just made us want a pair of crocs

It’s not the first time we’ve seen Prince George, Princess Charlotte and Prince Louis on the Buckingham Palace balcony. Royal fans may remember a rather comic moment from the Trooping the Colour in 2019, when a young Prince Louis appeared to be less than impressed with the celebrations, crinkling his nose and pouting at the camera.

Young children being cheeky on the balcony isn’t an uncommon occurrence either, take a look back at our favourite royal kids’ balcony moments through the years.

HELLO!’s selection is editorial and independently chosen – we only feature items our editors love and approve of. HELLO! may collect a share of sales or other compensation from the links on this page. To find out more visit our FAQ page.