But a disgruntled PrettyLittleThing customer has claimed that a "discounted" coat in the Black Friday sale was actually available cheaper only a few weeks earlier. 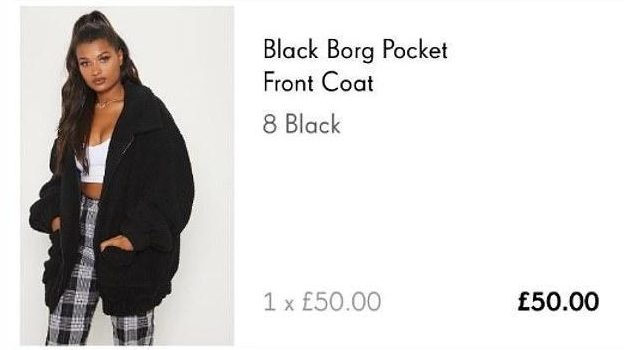 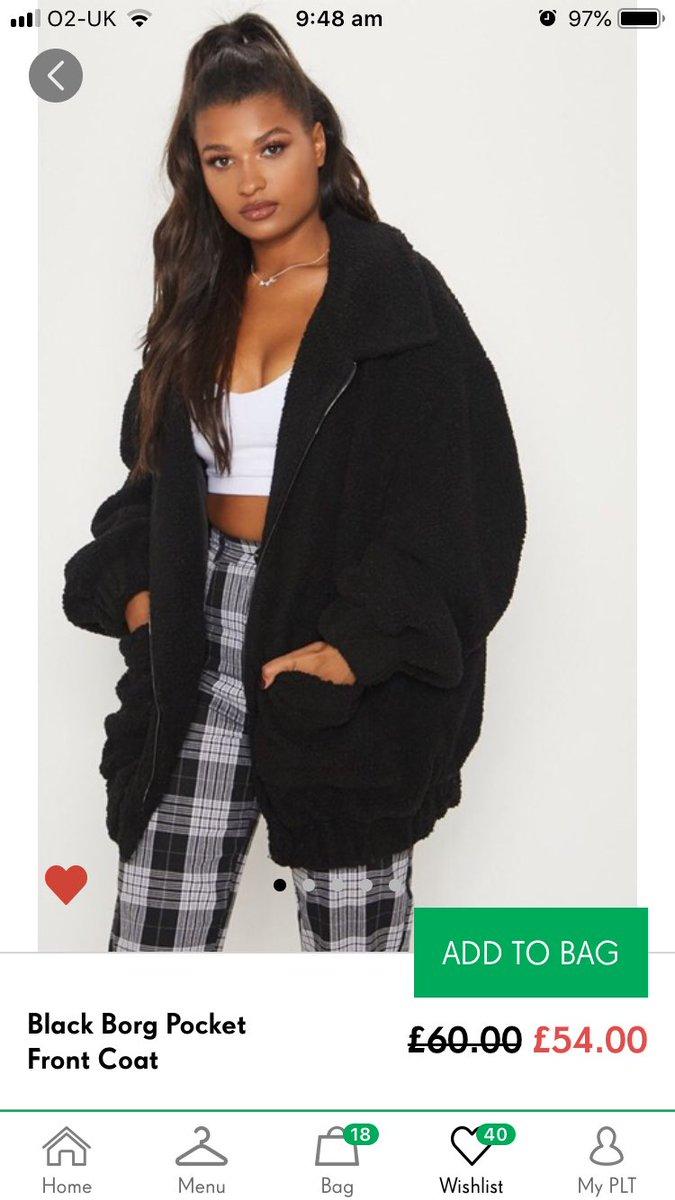 Twitter user Mhairi was the one who highlighted the puzzling prices, and has since gained 34,000 likes and 8,000 retweets.

She claims that only a few weeks ago, their Black Borg Pocket Front Coat was in her shopping bag at full price – for £50.

However, in the Black Friday sale, PrettyLittleThing had claimed the jacket was £60 at full price, and that it was reduced to £54 – only a ten per cent discount on the seemingly inflated price. 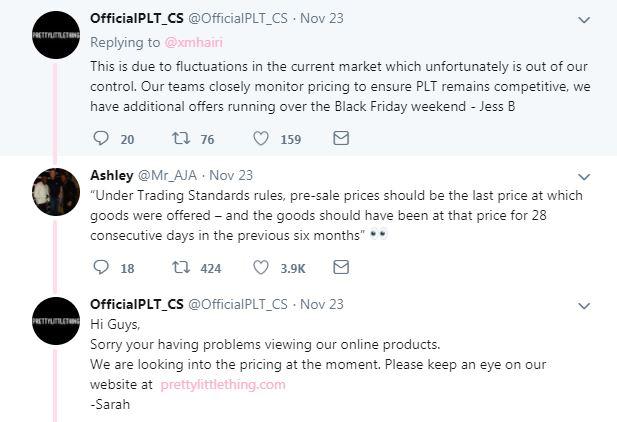 PrettyLittleThing responded to Mhairi's tweet, claiming that it was down to "fluctuations in the current market which is unfortunately is out of our control".

But a user named Ashley replied quoting a rule of the Trading Standards – stating that pre-sale prices should be at the last price at which the goods were offered – which has racked up 3,900 likes.

PrettyLittleThing responded saying: "Sorry you're having problems viewing our online products" and said they would look into their pricing.

The popular site's pricing error doesn't seem to be a one-off, however.

Another PrettyLittleThing customer named Elise shared that their Rust Faux Fur Trim jacket was a reasonable £37 prior to Black Friday – only for it to double to £75 during the sale.

The clothing site had reduced the jacket to £60 in the sale – but Elise spotted the reduction before purchasing, thankfully.

She claimed that PLT had "scammed" her.

Another user, Shannon shared her experience of the PLT sale after noticing a jacket she'd had her eye on had raised in price only to be reduced to its original amount.

She called the sale a "massive con", and PrettyLittleThing responded to her Tweet defending the pricing.

They said: "When the coat was added to the website it was £50, originally the coat was on sale for £45 however not all items have had a further discount as of yet but keep an eye on the website."

PrettyLittleThing provided Fabulous Online with comment – but only on the pricing of the Black Borg Coat.

It said: "The borg jacket was marked up to a higher price point several weeks ago and was not increased in conjunction with any planned cyber promotion. This applies to all our product on site.

"This particular jacket won’t be going back to the lower price point and we have contacted the customer directly to explain this."

This isn't the first time PLT have found themselves in some hot water on social media – as one woman shared her fury at receiving a jumpsuit which had holes in and CROTCH STAINS.

And another was disgusted when a bikini she purchased from the site arrived with bloodstains and a HAIR in the crotch.