Mary lives with her husband, Tim, 43, and her 53-year-old 'second husband', John Hulls. 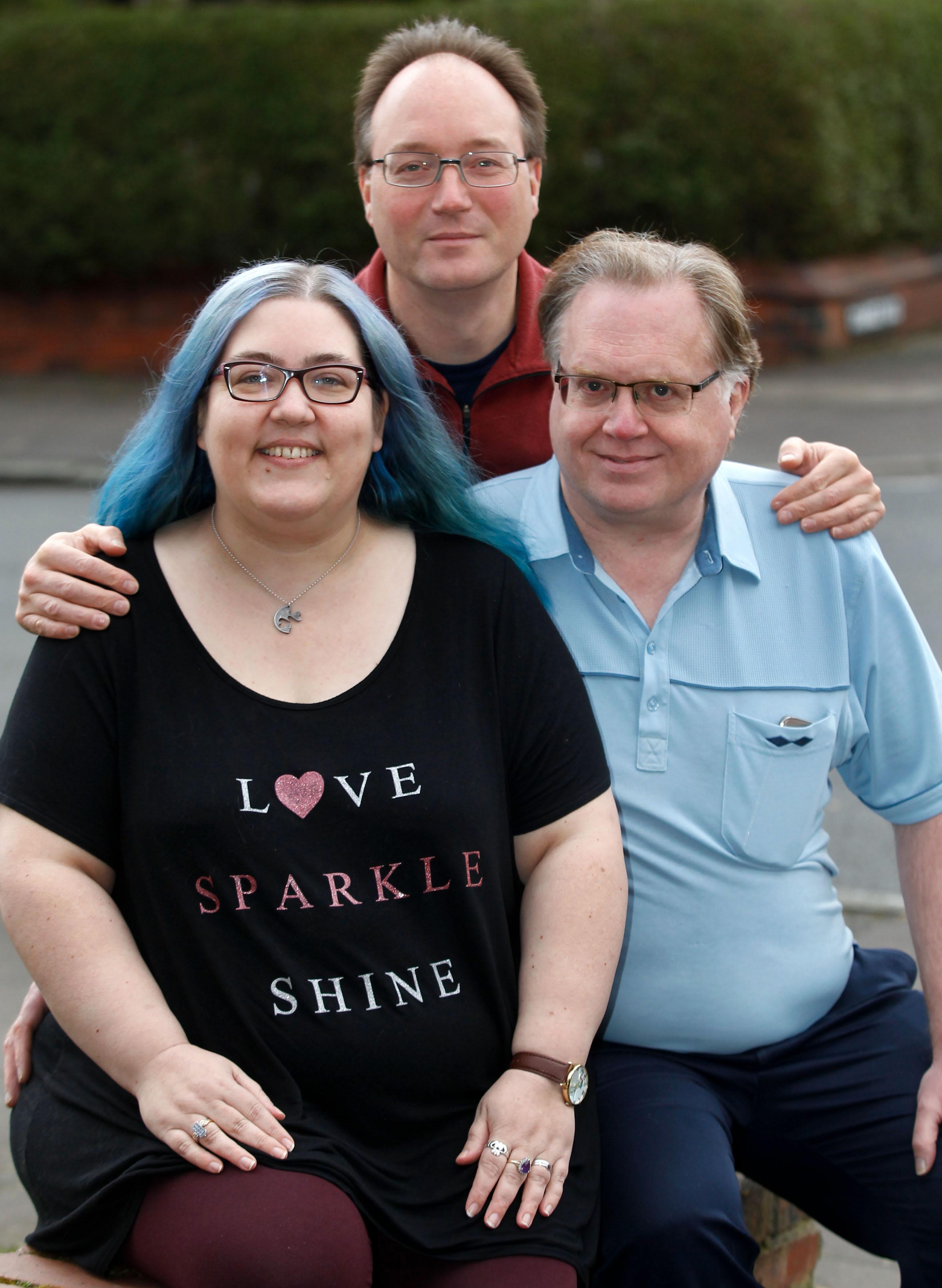 But it doesn’t stop there.

Mary proudly declares: “I’m in love with them all.”

Her polyamory — the practice of having several relationships at once — has led to her being dubbed Mrs Crumpet. 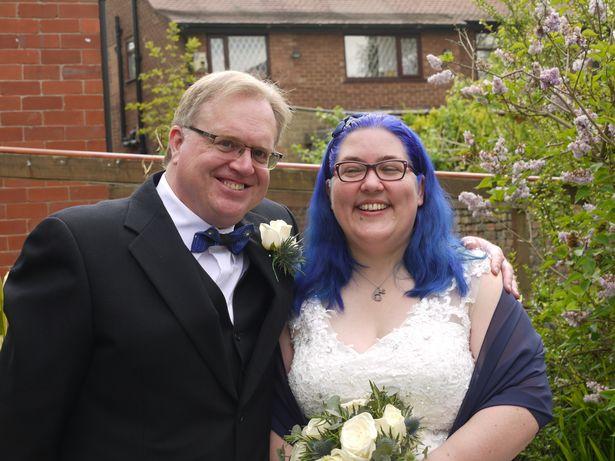 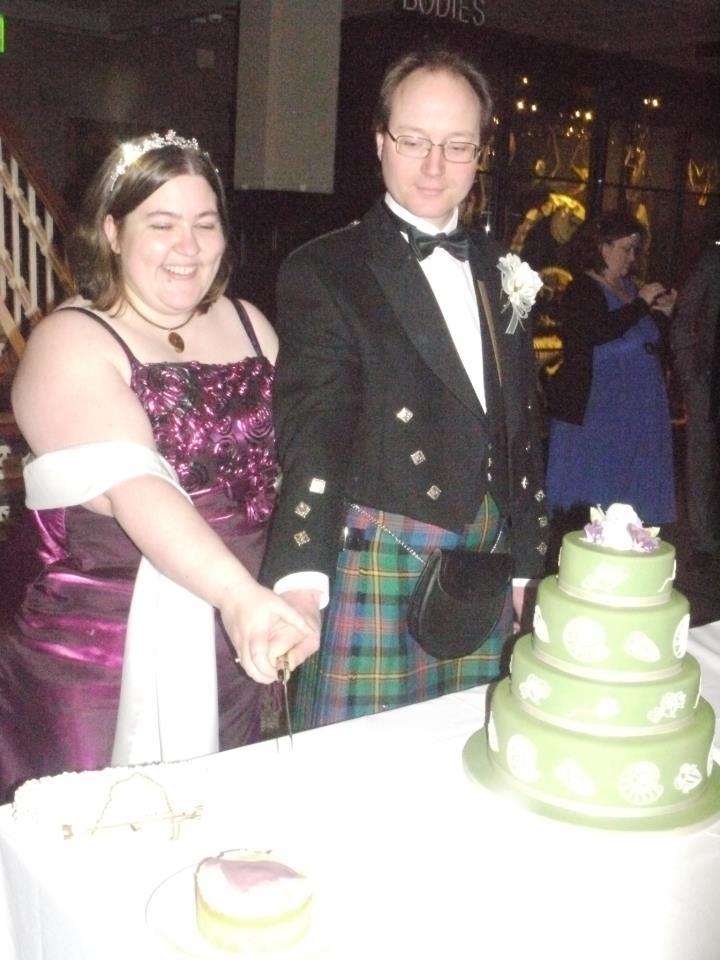 But the 44-year-old life coach says she is the happiest she has ever been.

Every day of the week she has her pick of her four very different fellas.

Now, Mary is calling for a change in the law to allow people to be be legally married to more than one person at any one time.

She told the Manchester Evening News: "There are plenty of people in my situation who have more than one partner they would like to commit to for life, be it same sex or different sex.

"We've got a lot of Muslims in our country now and I don't quite know how it works if they bring their wives here, maybe they have to pick one to be their legal wife and I don't think that's fair.

"And if I want to have two husbands, then I'd like that to be respected in law as well and I don't see any reason why it shouldn't be."

She said: “Some of them are more sexual than others, let’s put it that way.”

There are plenty of people in my situation who have more than one partner they would like to commit to for life, be it same sex or different sex.

“They get on great. There isn’t an alpha male in the group. That’s very important to me because I don’t want any stress.

“There’s never been any jealousy because I make sure they all know how important they are to me.”

Two years before they wed she also began dating civil servant John, who later moved into their home in Manchester.

They 'married' in a non-legal ceremony earlier in Chorlton Unitarian Church earlier this year – with Tim walking her down the aisle.

Mary explained both John and Tim vowed to "honour and respect" Mary's commitment to the other men.

But Mary would like her second 'marriage' to be formally recognised. 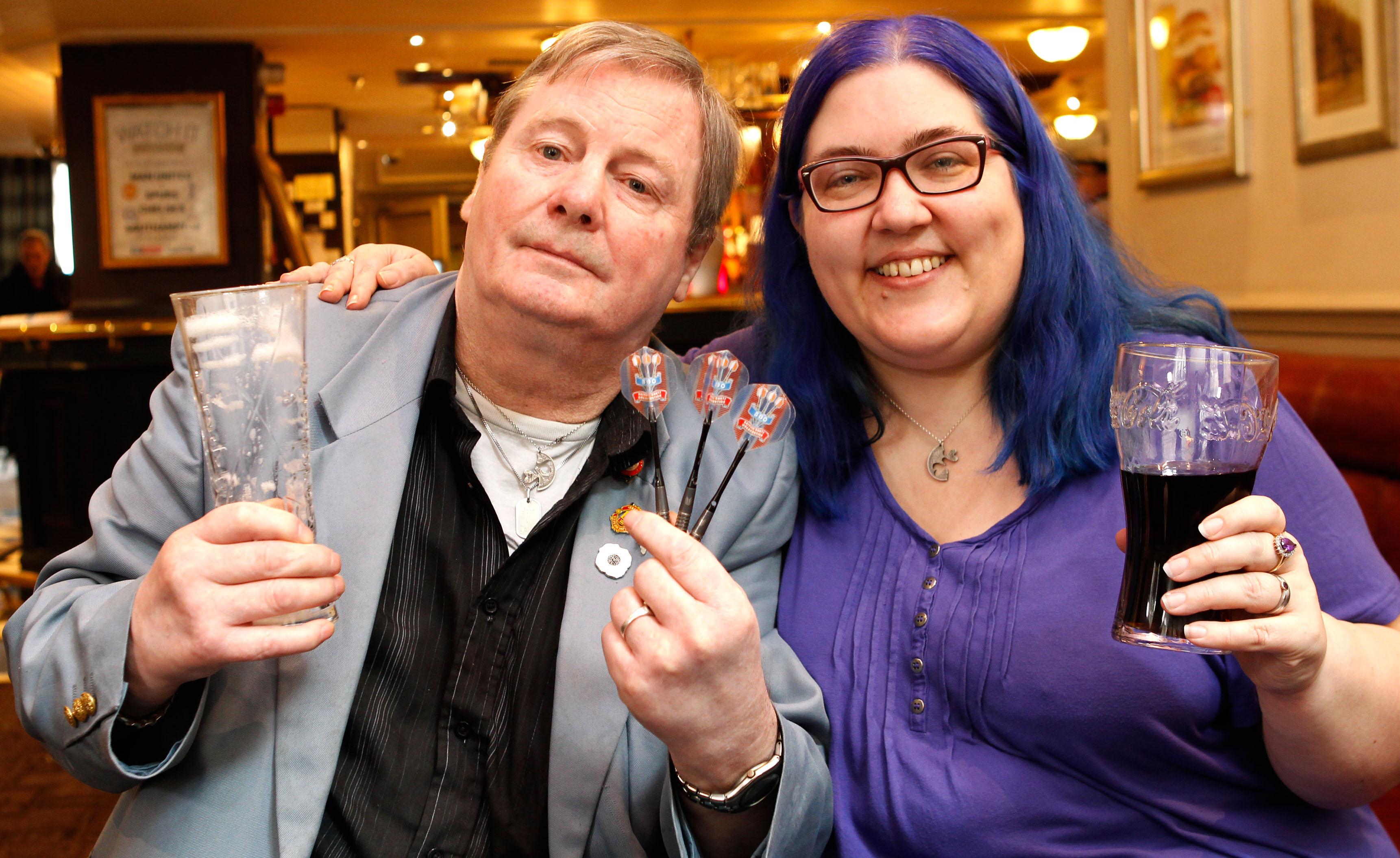 Mary had realised that polyamory was for her when, aged 29, she was inspired by a woman she met in a pub.

She says: “I’d been in relationships where I’d had feelings for other people but never acted on it.

“Society teaches you to have only one man.

“But when I met someone who was polyamorous it opened my mind.”

In 2015 Mary began dating Michael and a year later also struck up a relationship with elderly James.

The former teacher tries to split her time equally between her four fellas.

She explains: “I live with Tim and John. We’ve each got our own bedrooms.

If I want to have two husbands, then I'd like that to be respected in law as well, and I don't see any reason why it shouldn't be

“I like to make sure I have a date night with each of them once a week."

Thanks to their different interests, Mary finds herself doing a wide array of activities.

Michael is a keen darts player, James is an Arsenal fan, Tim loves the theatre and John is always up for a laugh.

She says: “Tim is the quiet, intelligent type. John is loving and considerate — he would do anything for anybody.

“Michael is happy-go-lucky. He’s a joker and always makes me laugh.

“And James is witty, confident and very self-assured. I spend the least time with him.

“He’s 73 so doesn’t want a big, intense thing. I see him every week but I only stay over about once a month.

“There’s no pressure on one person to satisfy all your needs. None of them have to be all things to me and I don’t have to be to them.

“I’ve been with Tim the longest so you could say I know him the best. But I can’t say I love one more than the other.

“I’m someone who likes ­variety in life.” 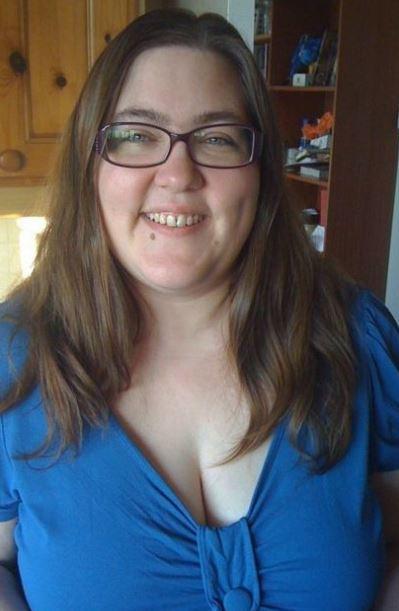 Mary’s family have been accepting of her lifestyle.

She says: “My sister’s children refer to us as auntie Mary, uncle Tim and uncle John.

Ex-husband Darren Capel, who she was married to for seven years, is also supportive and has even taken up the polyamorous lifestyle himself since they split in 2001.

Darren, 46, said: “Her new husband Tim came round mine at the weekend. We all get on.”

“Our marriage wasn’t so good at the end for various reasons. But we weren’t poly at the time so it was nothing to do with that.

“I’ve remained great friends with Mary and I think we are now happier living the poly lifestyle.”

But even though she has had a positive reaction from Darren and her family, others have criticised her lifestyle.

So Mary has decided to speak out about her polyamory to help others who are in a similar position. 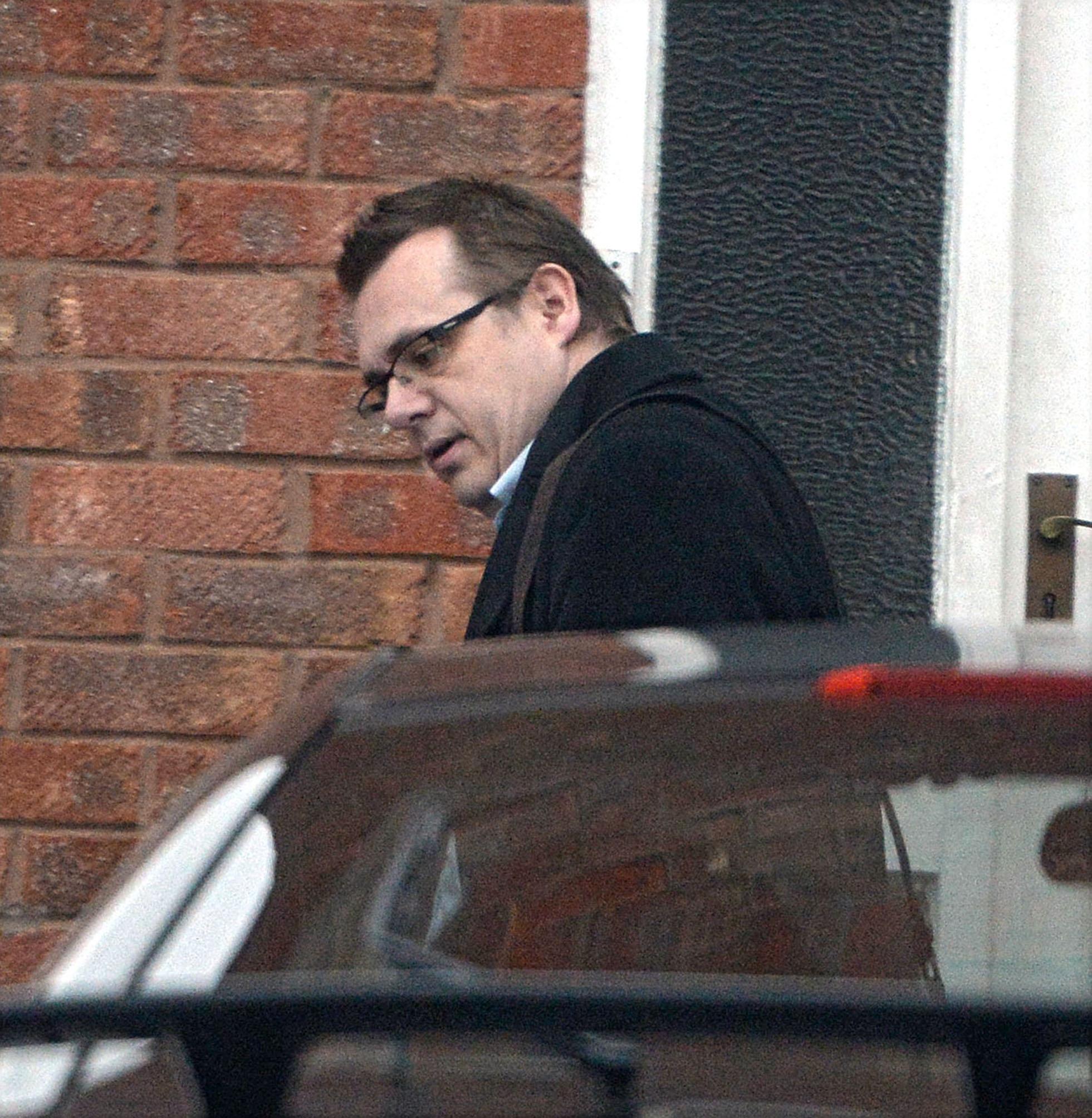 She admits: “Some people say ‘good on you’ but some people call me a slag.

“I’m like, whatever. It used to upset me but it doesn’t anymore. It’s their problem.

“We live in a society that teaches us to be monogamous and commit for life. But most people, if they’re honest, will know what it’s like to love two people at once.

“A lot of people hide their polyamorous relationships because they’re scared of being judged.

“But that’s why I’ve decided to tell my story

“I know I’m going to get load of s*** and I can deal with that but I want to make it easier for other people to come out.

“In my case, most people can see we’re all happy and that no one’s getting hurt.”

Like normal couples, there are niggles in her relationships sometimes.

But if she is annoyed at one of her fellas she will never take it out on another.

Mary, Tim and John don’t even argue over household chores. 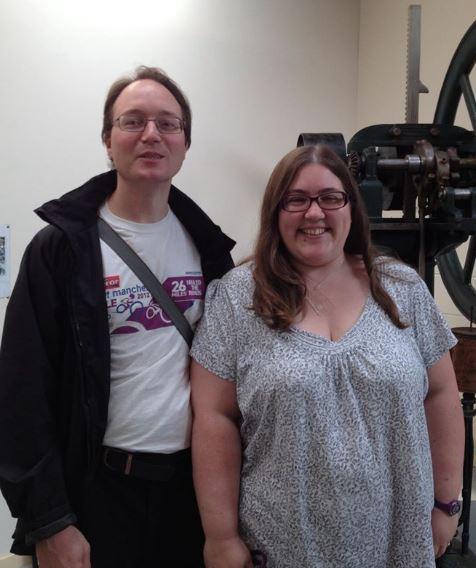 “It’s a bit like being a student living in a shared house,” she says. “We take turns washing up, all do the cooking and the money we earn goes in one pot and is shared between us.

“We’ll watch TV together, eat together or just hang out.”

Michael even joined the three for Christmas Day. John cooked, Mary washed up and they all went to the pub.

Mary, who is originally from south London, even fancies the idea of Michael and James moving in too but admits: “I don’t have room to accommodate them at the moment.”

As for what the future holds, Mary says she has “no desire” to raise a ­family — although she adds: “I see no problem with bringing children into a polyamorous set-up.” 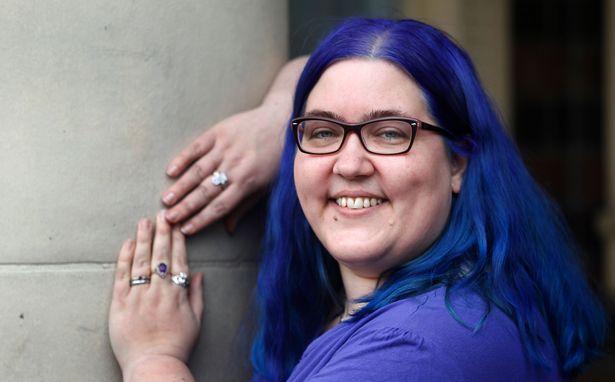 But she hopes her men — none of whom have other partners — might find extra lovers as well.

Mary says: “I’d like to see them have a bit more fun. I encourage them to get people’s numbers.”

And Mary, who is standing as a candidate for the Green Party at the local elections, wouldn’t say no to adding another partner herself.

Mary says: “I’m quite happy with what I’ve got. But don’t get me wrong — if Prince Charming walks in I’ll consider it.

“Love isn’t limited but my time is.”

So how many would be too many for Mary?

“I’m not sure,” she says. “I’ve always had a busy life. But I heard of a woman who had nine male partners and they all lived with her.
“I thought, ‘How does she manage that?’

“But whatever works for you, I suppose.”