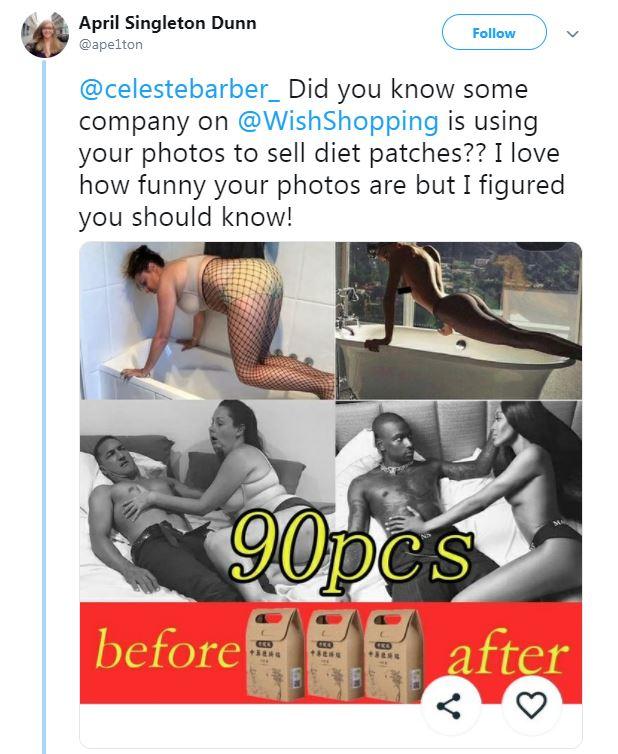 The advert used two of Celeste's own ironic re-enactments.

One shows her crouched over a bath, alongside a naked model balancing on a tub.

In the other, she's lying in bed with her arms on a man's chest – next to a shot of Naomi Campbell and Skepta doing the same in a shoot for British GQ.

Despite the fact that the "before" and "after" pictures clearly feature completely different people, the advert claims to be showing the results of a diet patch. 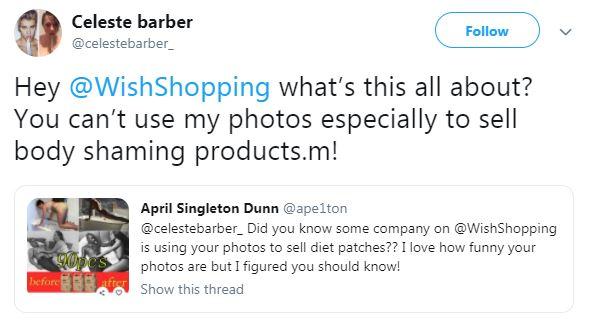 The products were available on shopping app Wish, with the commercial being spotted by an eagle-eyed shopper.

They tweeted Celeste, telling her: "Did you know some company on @WishShopping is using your photos to sell diet patches??

"I love how funny your photos are but I figured you should know!"

Celeste swiftly replied: "Hey @WishShopping what's this all about? You can't use my photos especially to sell body shaming products."

Celeste's fans were just as horrified as her, with replies including: "That's appalling!" and: "They've taken your brilliant irony and they're using it to make money." 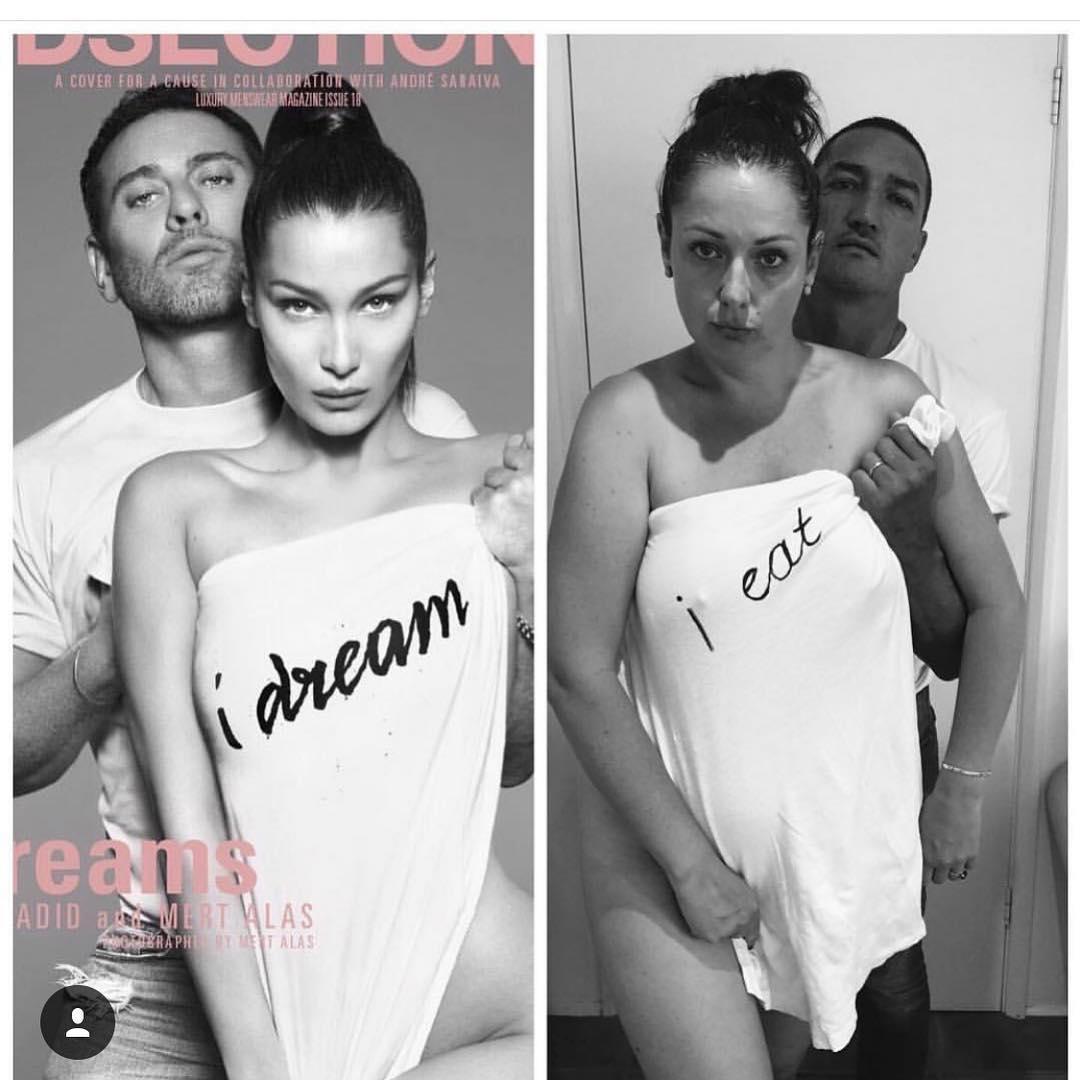 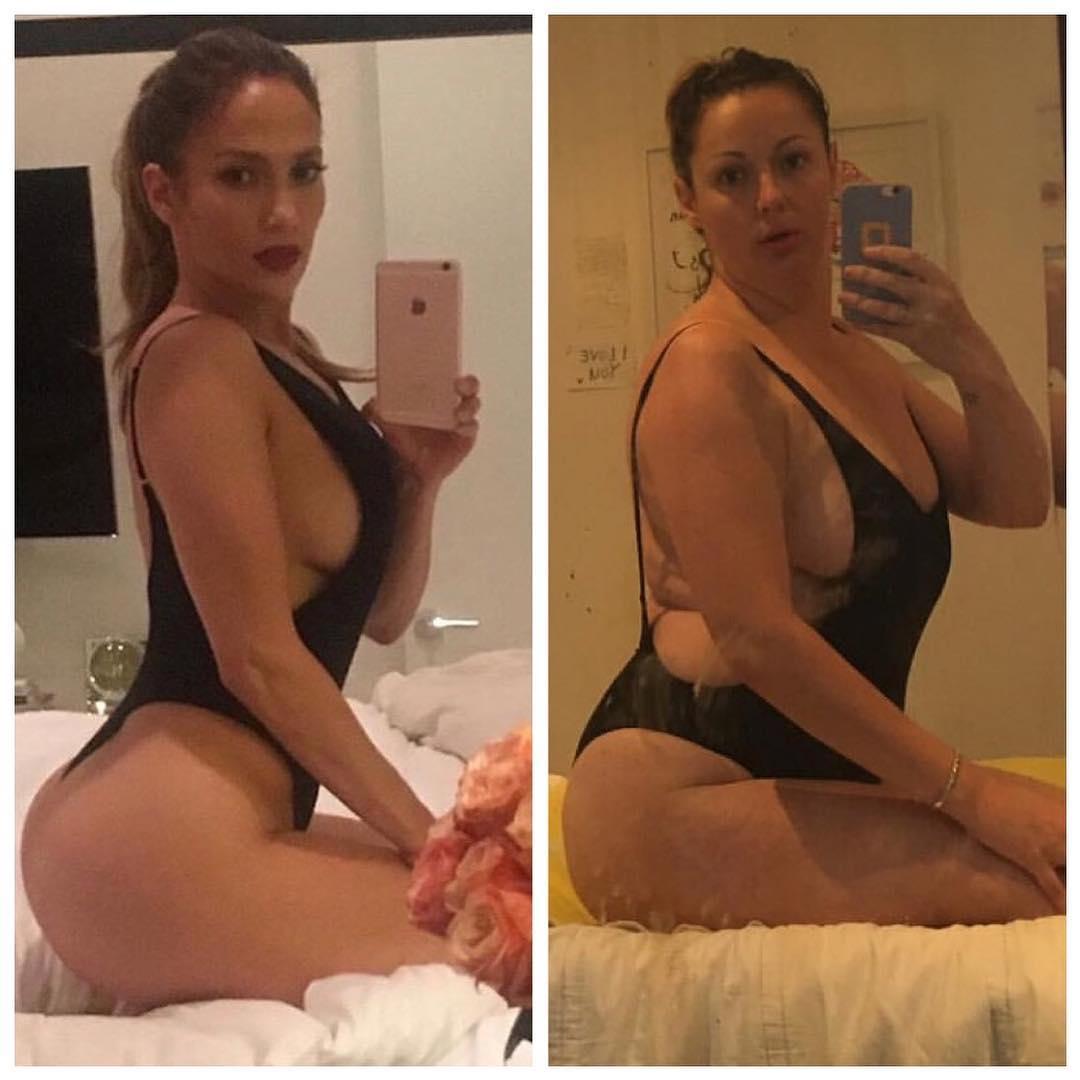 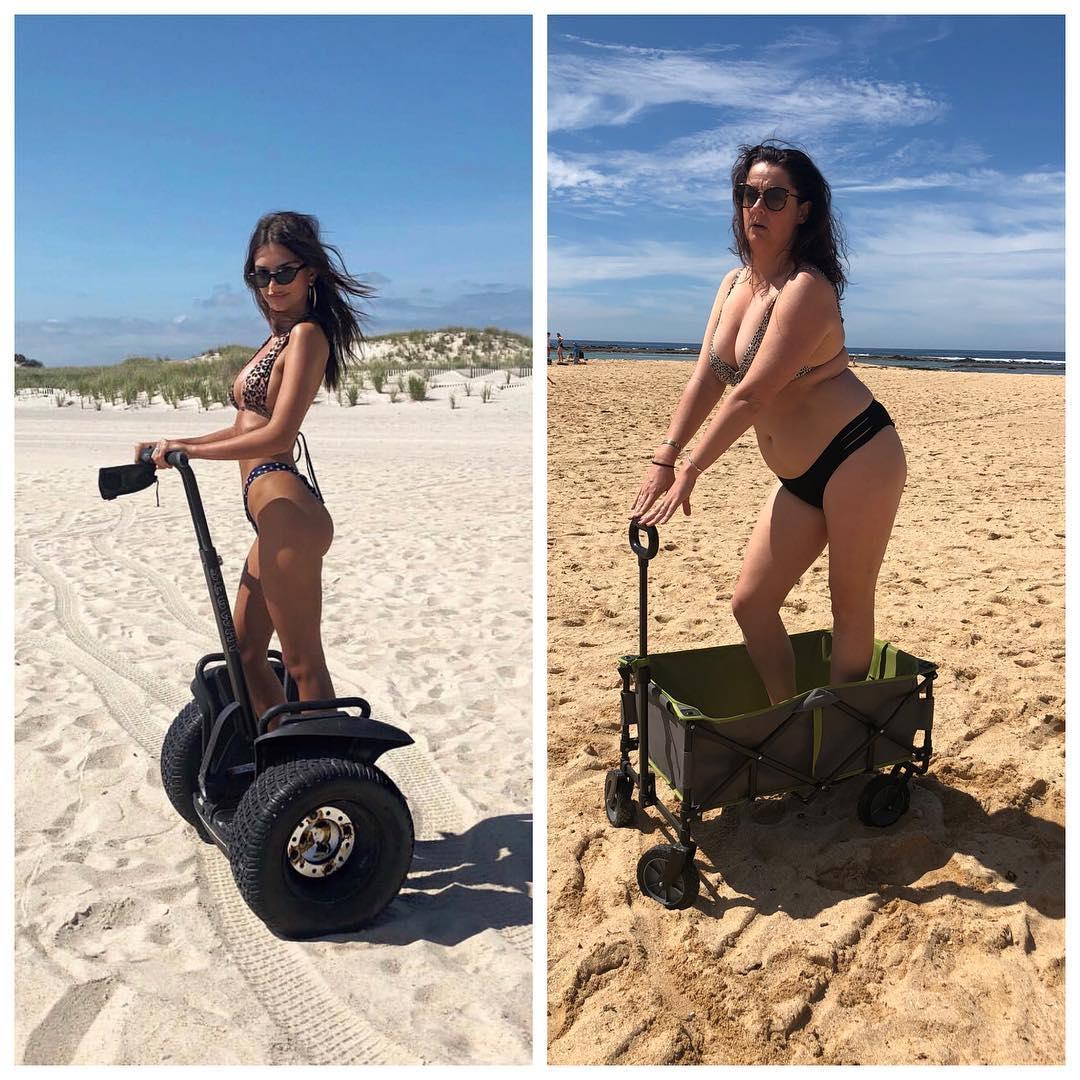 Celeste – who hails from Australia – has amassed over 5m Instagram followers with her parodies of fashion and celebrity shoots.

She told The Guardian last year: "I never started out for it to be a body positive thing or be like: 'F*** yeah.'

With that in mind, it's pretty ridiculous for a company to suggest she'd be aiming to become the "after" picture.

Meanwhile, couples are shaming the worst behaved wedding guests ever.

And this First Dates contestant was told she should 'kill herself' because of her rare skin condition.