SUICIDE claims a life every 90 minutes in the UK – 5,821 mothers and fathers, sons and daughters died last year alone.

But suicide affects far more lives than those it claims. Here, in brutal honesty, 32-year-old Holly Brockwell shares the devastating impact her father's death has had or her own life. 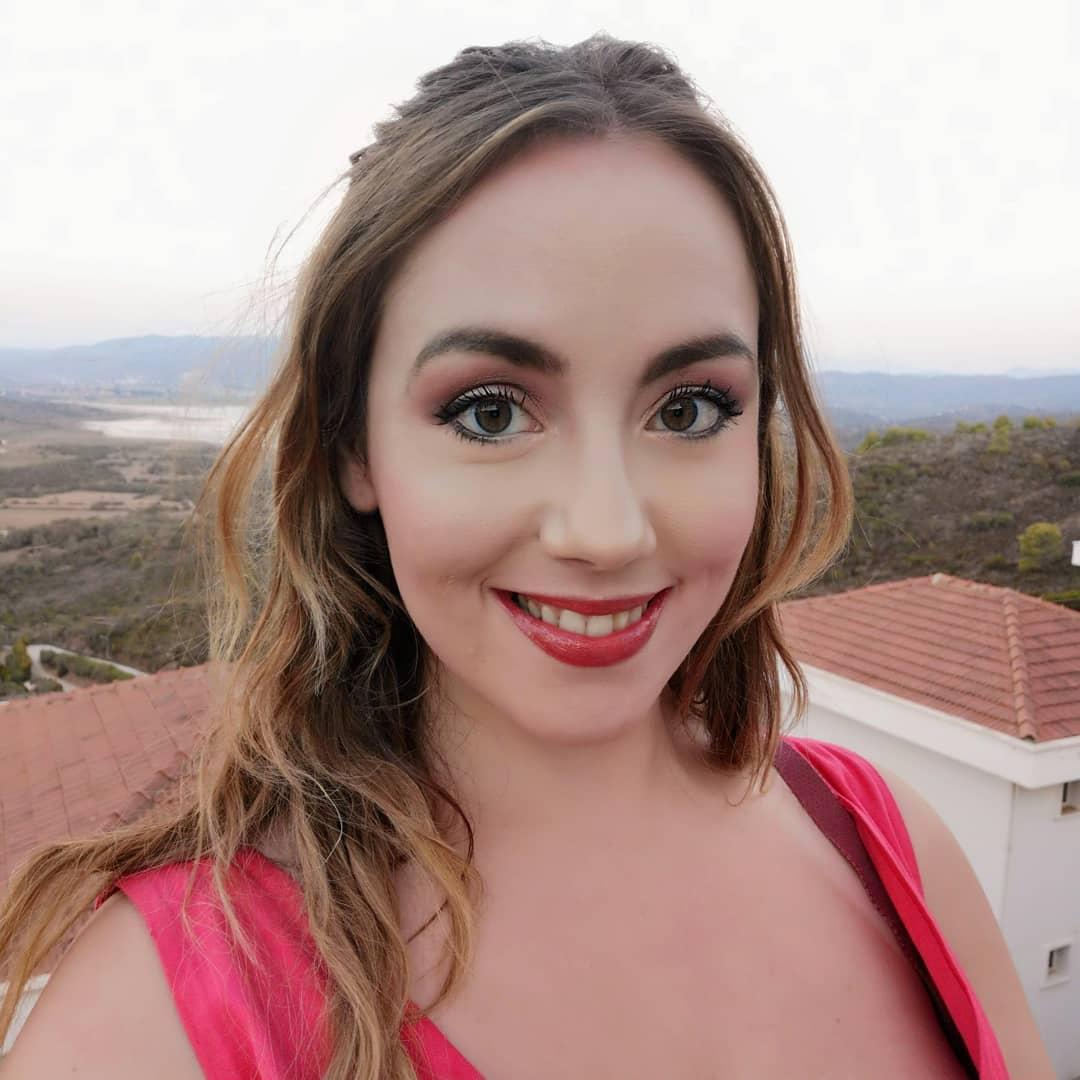 MY NAME is Holly and my dad killed himself.

Sometimes I feel like that’s how I should introduce myself. Because more than my face, or my job, or my age, it often seems like my dad’s decision to take his own life when I was five defines me.

The choice he made that day has shaped my entire world.

He’s in my relationships – all the times I’ve pushed people away in case I loved them and they left me. 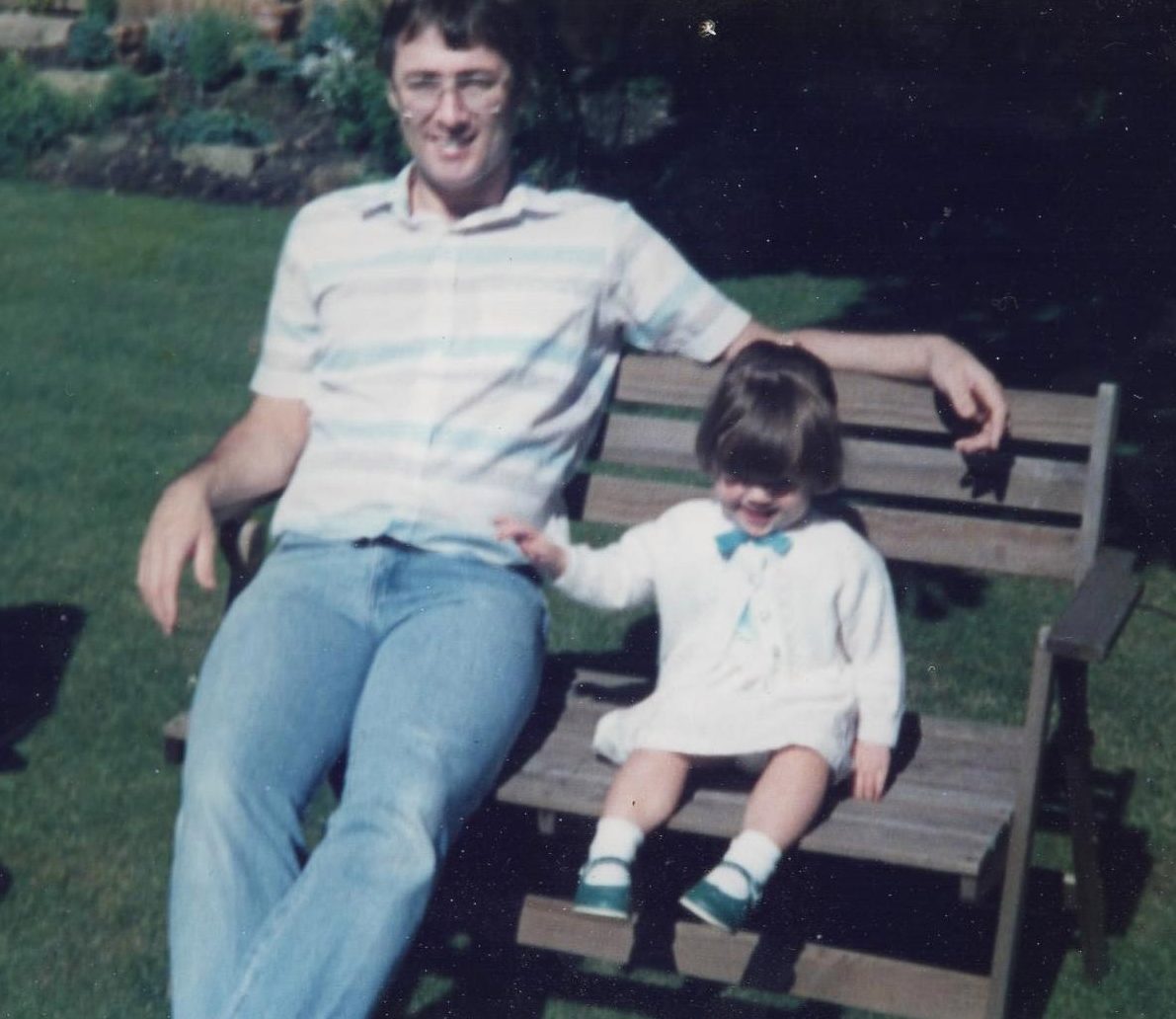 He’s in the arguments that have torn my family apart endless times. He’s in the anger I’ve felt at my mother, the constant worry about my sister’s safety, the hatred I’ve turned on myself.
He’s the reason a missed call sends me spiralling into a panic.

There’s a hole nothing can ever fill, questions that can never be answered. This is what it’s like living in the shadow of suicide.

The strange fact is, ending your life doesn’t actually affect you that much. 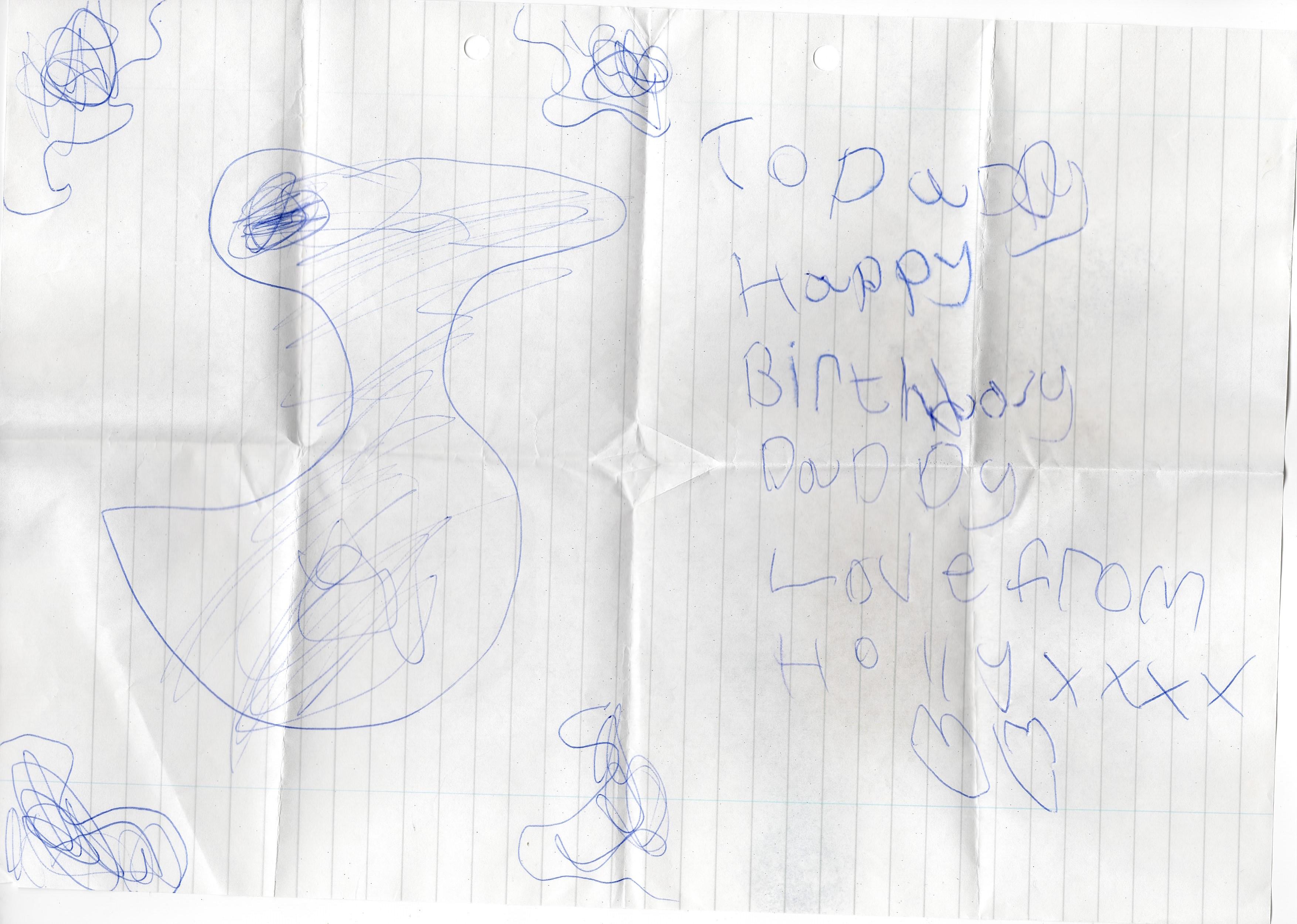 It’s no doubt a horrendous process, as the many tear-stains on my dad’s suicide note attest. But once it’s done, so are you.

My dad left the earth one day in 1990 and hasn’t suffered since.

But sometimes it feels like all that pain and sadness shifted on to us, the people who loved him – his daughters, his wife and his heartbroken parents.

It’s the ones left behind that bear the brunt of the decision.

'It's hard not to be angry with my dad'

I had no say in it, no knowledge of it but I have to live with it every day and he doesn’t. It’s hard not to be angry with him for that. 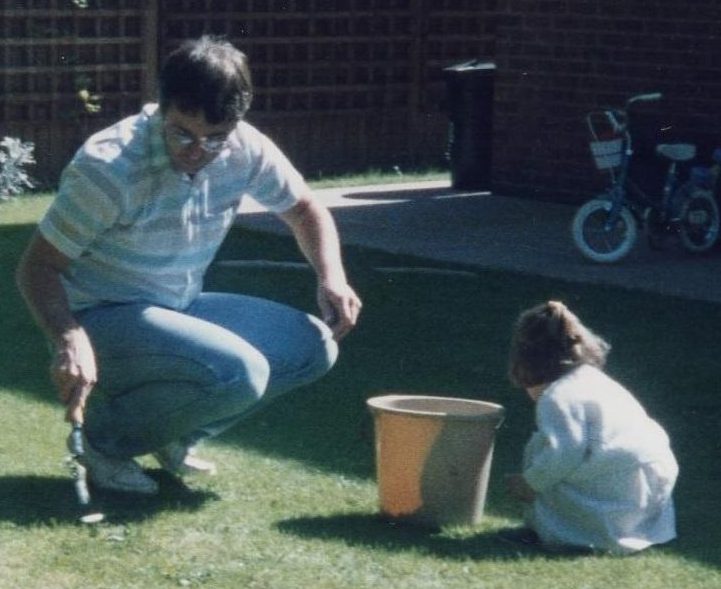 In better moments, when I’m feeling sane and rational and understanding, I get that he was going through an awful time and couldn’t see another way forward.

I understand that he truly thought we’d be better off without him. I feel awful for being angry.

But then another milestone comes around, another time I needed my dad, and I feel the rising anger all over again.

I think: "You chose to have children, how could you leave us? Why didn’t you try harder? Why aren’t you here to answer these questions and take some responsibility?"

I’m 32, an adult with a career and a relationship, and a veteran of every type of counselling and therapy there is.

Yet still it feels like I carry my dad’s body on my back every day, like he fell on me and never left. I want to throw him off – but then he’s gone.

'If I get a call late at night, I think someone's died' 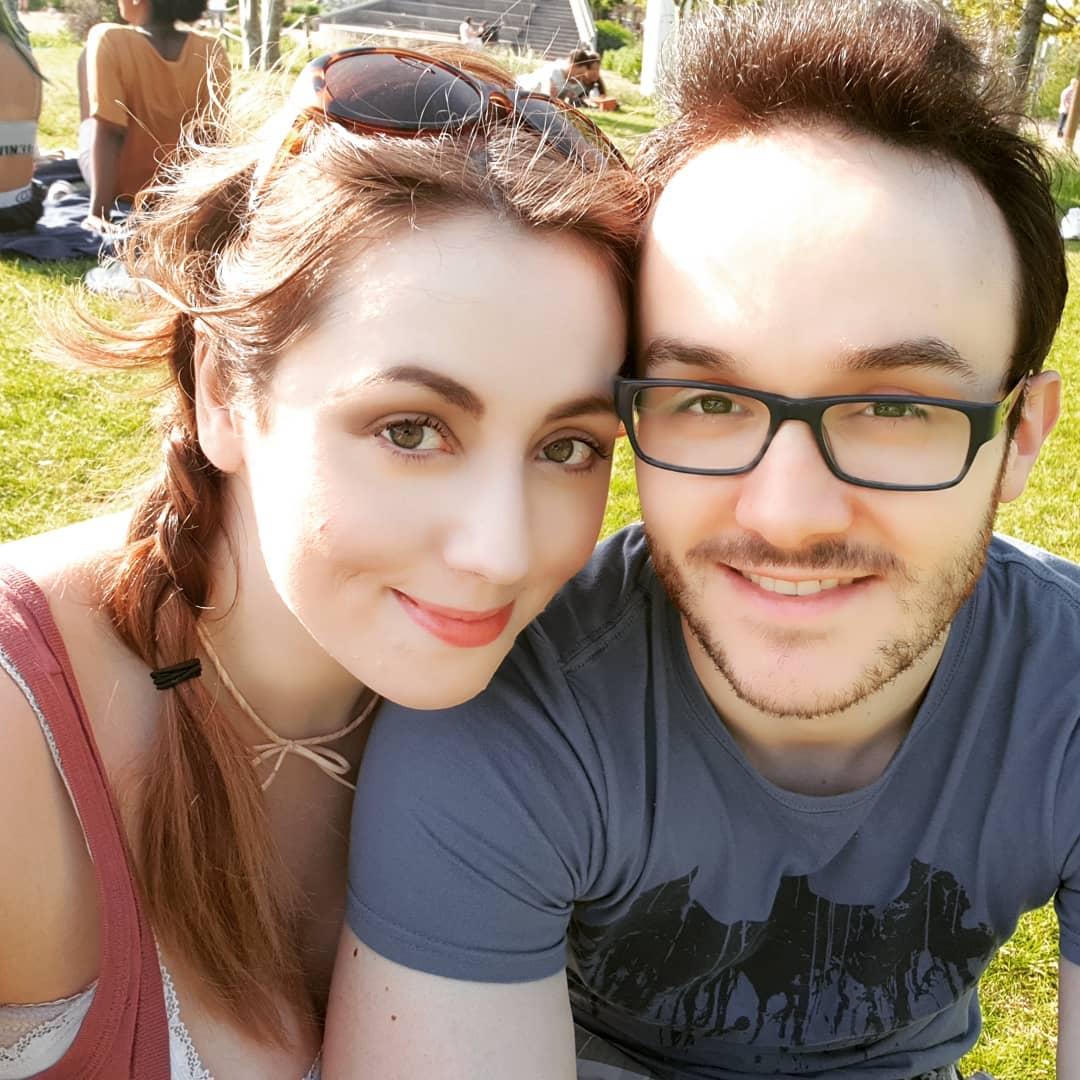 Therapy has helped somewhat with the problems dad's death left me with, but it can't rewrite me entirely.

I feel like anxiety was programmed into me from that day forward.

If I can't reach my boyfriend for a while, I panic something's happened to him.

If my sister calls late at night, I think she's going to tell me our mum's dead. 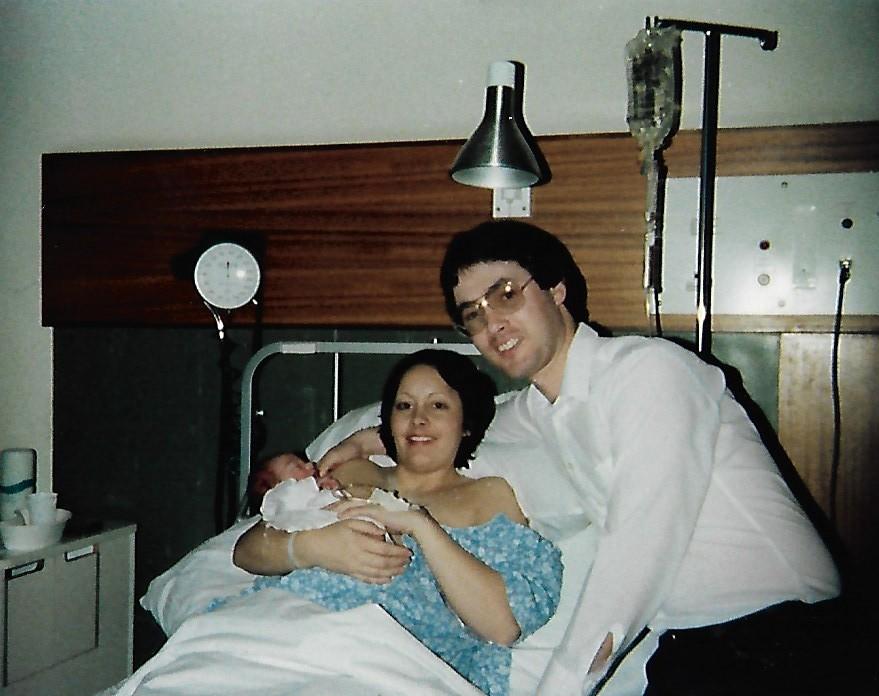 Worse, sometimes I convince myself I see my dad on the street. What if he's not really dead? Did I really see his body, or is it a memory I constructed later, when I knew what had happened?

It's wishful thinking, I know, but no amount of CBT, pills, self-help books or counselling has fixed the need to believe it might all be a horrible nightmare I'll wake up from.

I often wonder who I’d be if my dad hadn’t chosen suicide.

I’m sure my parents would have divorced – they were living apart at the time of his death – and no doubt it would have been dramatic and traumatic in equal measure.

But I’d have got past it, we’d all have moved on, and perhaps the rest of my childhood would have been normal.

Maybe my teenage years would have been about discovering myself and what I wanted to do with my life, rather than researching my dad and why he took his.

It doesn't discriminate, touching the lives of people in every corner of society – from the homeless and unemployed to builders and doctors, reality stars and footballers.

It's the biggest killer of people under the age of 35, more deadly than cancer and car crashes. And men are three times more likely to take their own life than women.

Yet, it's rarely spoken of, a taboo that threatens to continue its deadly rampage unless we all stop and take notice, now.

That is why The Sun has launched the You're Not Alone campaign. To remind anyone facing a tough time, grappling with mental illness or feeling like there's nowhere left to turn, that there is hope.

The aim is that by sharing practical advice, raising awareness and breaking down the barriers people face when talking about their mental health, we can all do our bit to help save lives.

Let's all vow to ask for help when we need it, and listen out for others. You're Not Alone.

For a list of support services available, please see the Where To Get Help box below.

When someone you love dies by suicide, that option naturally becomes a lot more prominent in your mind as a ‘solution’ to your problems.

In low moments, I sometimes think, “Well, my dad took his life, and he was my world – why can’t I make the same choice?”

Neither me nor my dad believed in an afterlife, but I’ve still sometimes romanticised killing myself as a way we’d be together again. It takes the edge off a horrifying choice.

The difference is, I can’t make that choice. Because I know in bitter, painful detail what it would be like for the people I love.

I can’t kid myself they’d be better off, because I know the heartbreak, the recriminations, and all the wretched ‘what ifs’ only too well. They dog you every day, and I can't do that to them.

In the past, when I've been really low – low enough to calculate fatal doses of various substances and get them ready, low enough to ask someone to take care of my cats – I've come close to following in Dad's footsteps.

I’ve tried more than once to write a suicide note that would suffice, that would answer all the questions and quiet any feelings of blame or responsibility.

But it can’t be done. There are no words you can write, no message you can leave, that will heal the agonising wound you’re about to tear open. 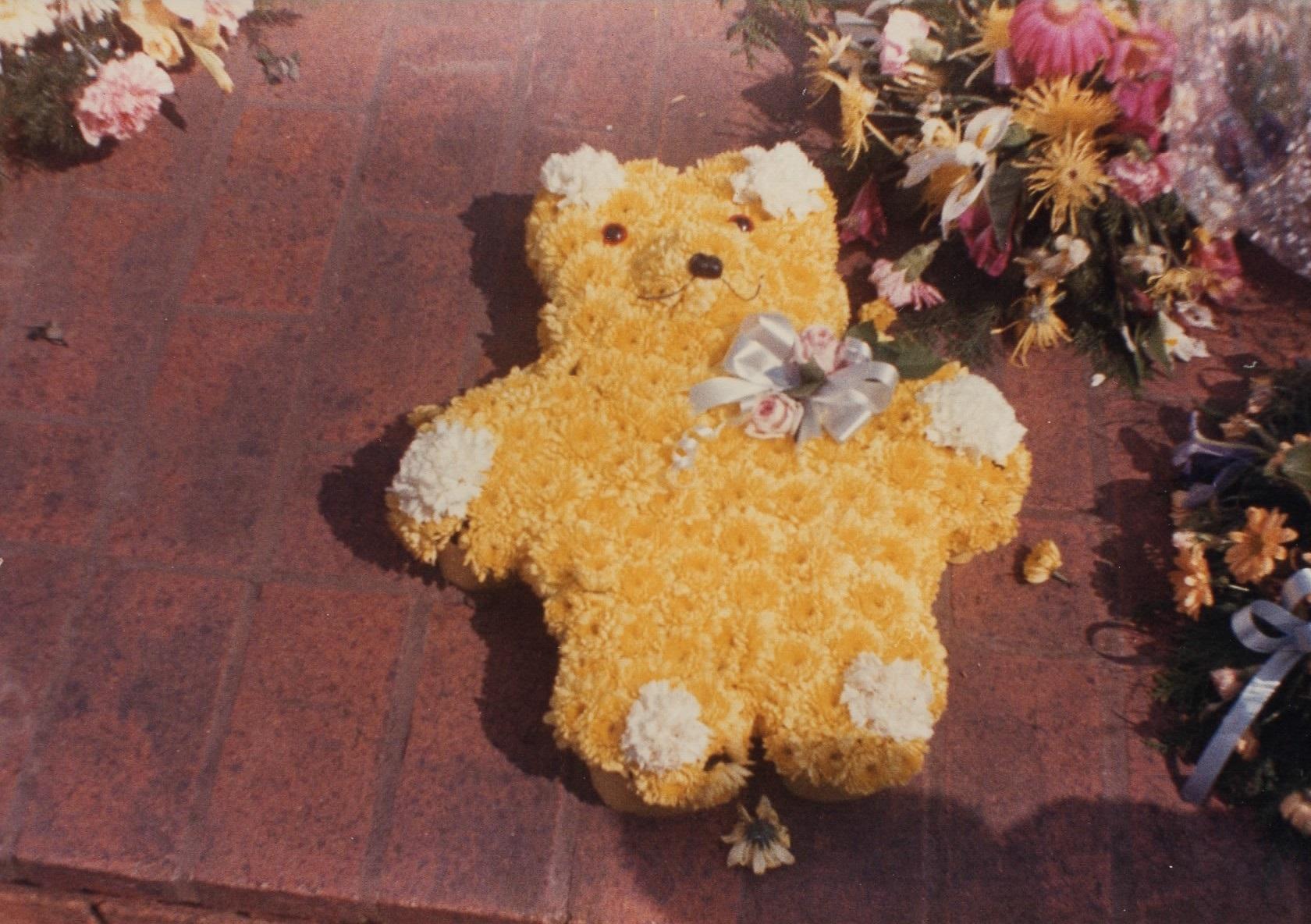 For me, the only option is not to do it.

And so I’m still here. Me, and the many other people left behind by suicide. Putting one foot in front of the other, day after day, because we have no other choice.

That choice was taken from us by someone with no real idea of what they were doing.

Honestly, sometimes I envy that ignorance.

I started therapy again recently, for what feels like the millionth time.

Another drab office with a box of own-brand tissues placed prominently on the veneer table. Another kind, softly-spoken professional asking gentle but probing questions and writing notes on the answers. 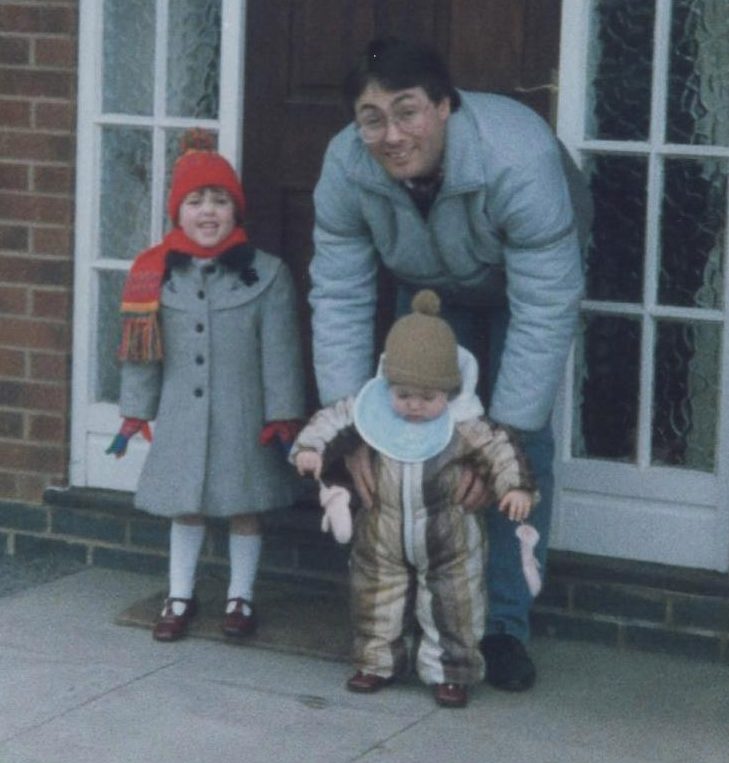 I could write them myself by now: father killed himself. Lifelong fear of abandonment. Thinks if she dares love something it will be taken away. Anxiety. Depression. Nightmares. Self-harm.

And then perhaps, ‘wears dead father like an albatross’.

Sometimes I can almost feel him around my neck. He’s in the injuries I’ve given myself over the years – the times I'd slice up my legs as a teenager, the long vertical scar on my wrist as an adult. The pills I take. The many, many notes on my hospital files.

WHERE TO GET HELP

If you, or anyone you know, needs help dealing with mental health problems, the following organisations provide support:

And he’s the reason I’m here. He did, after all, choose to have two daughters, and we’ve had to carry on without him.

My sister found her path: to have children of her own and give them everything we didn’t have. She finds enormous fulfilment in providing her own two little girls a happy, stable home life, with two doting parents and all the love in the world.

I haven’t yet found my path, the purpose that will help overwrite all the sadness he left. Maybe I won’t.

But in a few short years I’ll be older than my dad ever was, just by putting one foot in front of the other every day and never stopping.

Even with the weight of him on my back, I’ve got this far.

I don’t know what my dad was thinking that day, or really who he was as a person – how can you know an adult at the age of five?

I’ve probably spent more time crying for him than I ever spent with him.

But I know what it is to be so low you don’t want to exist anymore, and for everyone else who ever feels that way, I want to say this: you can’t put an end to your pain that way.

You just transfer it to whoever loved you most.