Things are heating up on the beach during Paulina Gretzky’s birthday getaway, and she proved it by posting a sizzling new bikini pic from the trip.

Paulina Gretzky looks incredible in a bikini, and she’s not afraid to show it off. The model spent her 32nd birthday at the beach with her friends and loved ones, and on Dec. 21, she shared a hot new picture from the trip. In the photo, WHICH YOU CAN SEE HERE, Paulina is wearing a teeny-tiny, colorful strapless bikini while kneeling in the ocean and striking an expert modeling pose.

For the beachy shoot, Paulina wore her hair down, but held it away from her face with her hands, which were reached back above her head. She also rocked sunglasses to shield her eyes from the bright rays on the beach. It was clearly a colorful trip for the star, as she also shared a picture of herself in a sequined, rainbow mini dress while celebrating two days prior. The barely-there outfit put her tanned body on full display. 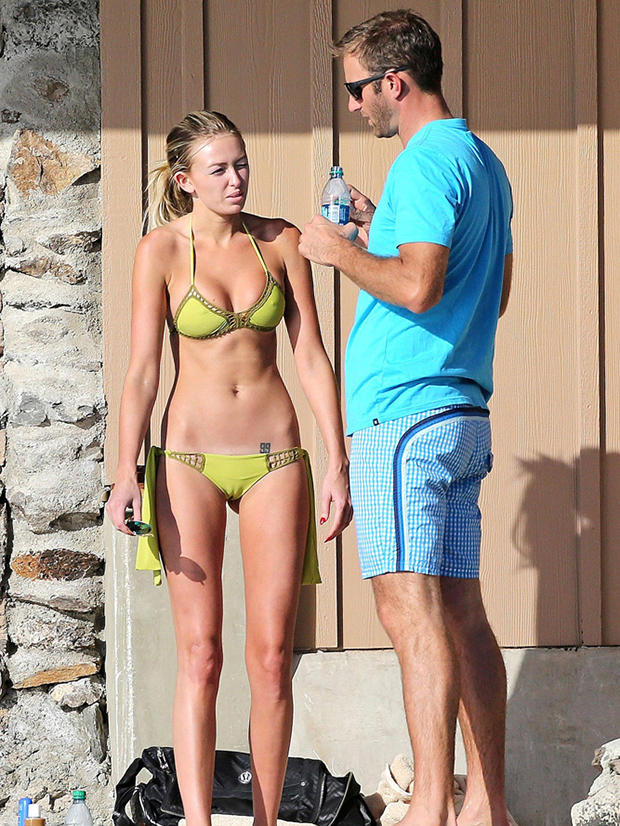 This isn’t the end of the wintery beach life for Paulina, either. The 32-year-old’s fiance, Dustin Johnson, recently opened up about the pair’s plans for the holidays with their two sons — and it includes Christmas in Hawaii. The excursion will be followed by another golf tournament for Justin, which takes place in Maui in the New Year. 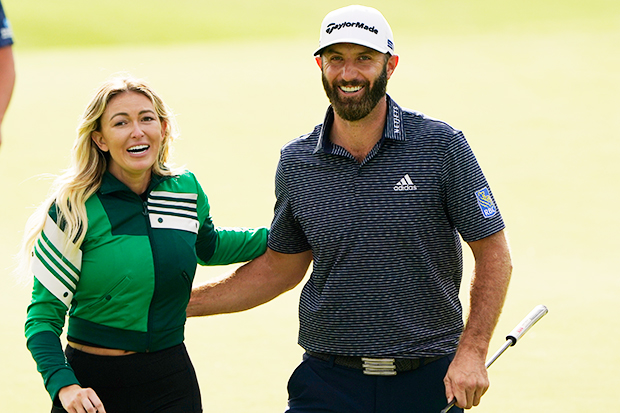 Although 2020 has been a difficult year, Paulina and Dustin have had a lot to celebrate. In November, Dustin won the Masters, which is one of professional golf’s most prestigious tournaments. Of course, Paulina was there to cheer him on…and by his side to celebrate in St. Barts afterward. The lovebirds traveled to the island for some rest and relaxation after Dustin’s win, and of course, Paulina blessed our Instagram feeds with some sexy pics from that trip, too.

Paulina and Dustin started dating in 2013, four years after they actually met for the first time. They got engaged less than one year after starting their relationship. Their first son, Tatum, was born in 2015, followed by a second son, River, in 2017. The two have yet to tie the knot amidst their seven-year engagement.