The morning of my wedding, I woke up looking grotesque.

I could hardly open my eyes because my eyelids were so swollen. In despair, I called out to Damian, my soon-to-be-husband. Then we called my doctor, who said, “Looks like your bone marrow transplant came to your wedding.”

I had received a bone-marrow transplant several years earlier, which vanquished the leukemia in my blood and saved my life. But my new immune system sometimes went haywire. Submerging myself in the hotel bathtub the night before with a moist, fragrant washcloth over my eyes had probably been a bad idea; it likely vexed my sensitive system.

Or maybe this was caused by stress? It hurt to look at myself. Why did my body have to go rogue today of all days?

Just two and a half years before, I didn’t think this day would happen. At lunch with my mother, I said, “Mom, I’m probably not going to find a partner.” I was 30 then and full-body irradiation had made me infertile. “I’m not what guys are looking for.”

I wasn’t sad about this. On the contrary, I felt relieved. Finally free from hope and longing. But my mother couldn’t stop crying.

The next day I boarded a plane for Arkansas and a Buddhist retreat center in the Ozark Mountains I had been to before. When I was ill, my parents worried I wasn’t turning to Jesus, but Buddhism seemed to make more sense. My life had become an immersive education in impermanence and suffering.

After releasing the pressure of needing to partner, after making my mother cry, I arrived at the retreat center. And there was Damian, wearing tan cargo pants, a beige button-down shirt and a Tilley hat. He looked Australian, but I knew he was British.

I knew because I had heard about him during a previous visit, when I met his then-wife, Angela. Damian’s green card had expired and he was stuck in England, unaware that Angela was lusting after a new guy. I actually advised her to ditch the new guy and stay with her husband, because he sounded so awesome. I even emailed her afterward to encourage her again, and I was sad when I learned they had divorced.

“So, you’re the Damian I’ve heard so much about,” I said.

With a new green card, he was there for the same retreat and was helping build cabins for the center. I knew from Angela that he was in his late 40s, but he looked closer to my age.

Damian would later say that after he met me, he kept thinking, “Where’s Ibby?” I did get the sense he was always finding me around the center, but not in a creepy way — more how a Labrador greets you at the door, tail wagging, ready to receive you.

I wanted to prove to myself that I could handle rugged conditions, so I chose to camp the first night, but I didn’t know how to set up my borrowed tent, so Damian set it up with me.

As I organized my things, Damian lay half in the tent staring at the stars. He later told me he kept thinking he should leave, but he felt remarkably comfortable. I kept thinking he should stay, because I was afraid to camp alone. But I decided that sharing a tent with a stranger wasn’t the best way to start a meditation retreat.

And this was a silent retreat, or meant to be. The first day, I was eating lunch on the ledge of a cabin. With no room next to me, Damian plopped himself on the grass directly in front, grinning. I found the obviousness of his interest refreshing, but I couldn’t say anything, so I stood up and moved next to him on the grass and we ate our lunch quietly, staring at a cabin wall.

The second day, eating lunch under a tree, we watched a cricket jump onto another cricket and they started mating. Talk about an awkward silence!

We went for a walk to a swimming hole, where we skipped rocks. Then I broke the silence. I had been sick, I told him, and I didn’t want to waste my time or his, so I asked him every question I could think of. Do you like your mother? What about children? Cats or dogs? Would you get married again? Do you mind that my ovaries don’t work?

All those questions, and not one red flag.

Damian wasn’t fazed by my cancer-survivor status either. I was healthy by then, with a negligible chance of relapse, but my immune system could be wonky. I have already been through menopause, and I can no longer make tears — all side effects of the treatment that gave me more time on earth.

Illness changes you in nonphysical ways too, aging your spirit. It can make you wiser but also more aware and scared of life’s potential for pain.

“Well,” Damian said, “you seem fearless to me.”

On the third day, he kissed me. Then he told me he loved me.

“No, it’s too soon!” I said. Then I remembered the meditation instructor told us to “be spacious.” Maybe that meant, don’t freak out?

What I wanted was a man I could admire and a love that was abundantly clear. Damian was unafraid, attentive, generous and compassionate. It seemed as soon as I had let go of my hope and longing, he appeared.

By the end of the retreat, I knew that while there had been life before Damian, now there could only be life with him.

My parents, however, were not happy when I told them about him and us, concerned about our age difference and Damian’s previous marriage.

My father, an attorney, said, “When one of my clients wants to marry a divorced man, I tell her to talk to the ex-wife first.”

He also worried that Damian, who designs, builds and remodels homes, wasn’t a college graduate. I had an answer for this too.

The year Damian was sorting out his green card, the BBC interviewed him for a story about the benefits of meditation. Because he had meditated for more than 10,000 hours, neurologists figured his brain activity might look different from the brain of an average person, so they put him into an M.R.I. machine.

“Meet Damian, a man who can seemingly turn happiness on,” the reporter, David Sillito, said, adding that the neurologist who read Damian’s M.R.I. had called his brain “beautiful.” I sent the link to my father.

“No one’s ever said that about my brain,” he replied.

But the morning of our wedding, not even Damian could turn on my happiness. I had become Buddhist, found the retreat center and met the man I love because I once had cancer. Still, if ever there was a day that I didn’t want to be reminded of this, it was today, and it was staring me in the face.

My doctor prescribed antibiotics, Benadryl and steroids. Damian and I sat on the edge of the bed and meditated for an hour, which was our practice at the time. Then he went off with his best man and I tried to pull myself together. At the salon, as my hair was being twisted into a bun, my mother begged me to stop being so upset, saying it would only make my eyes worse. 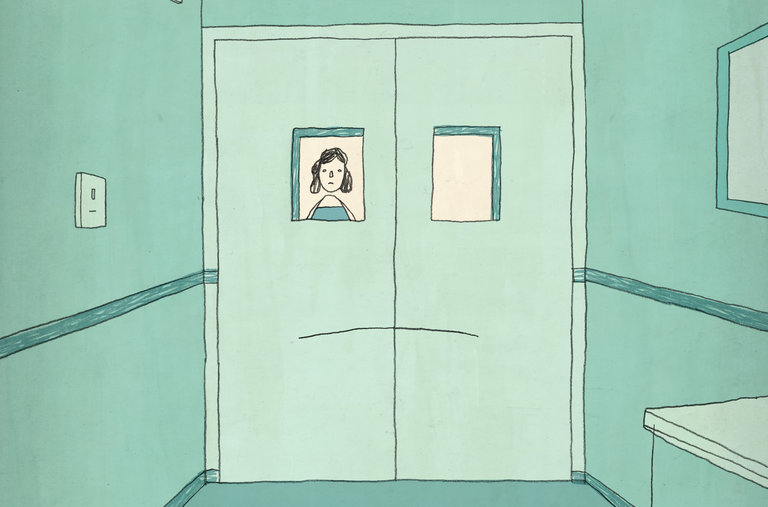 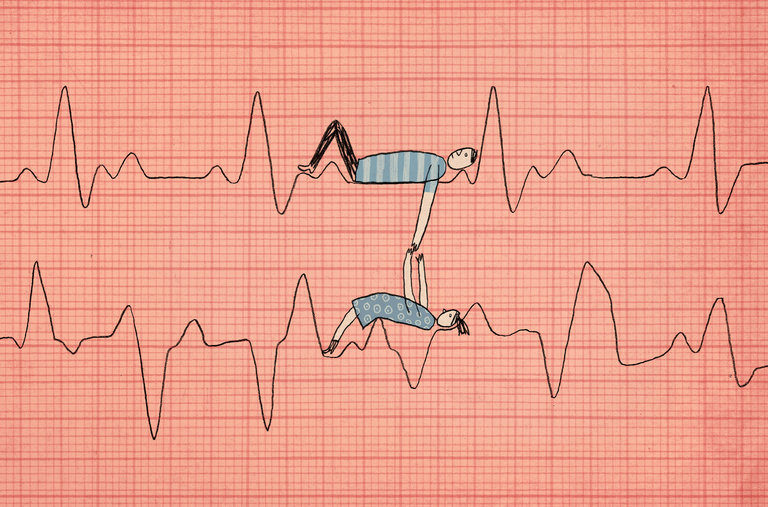 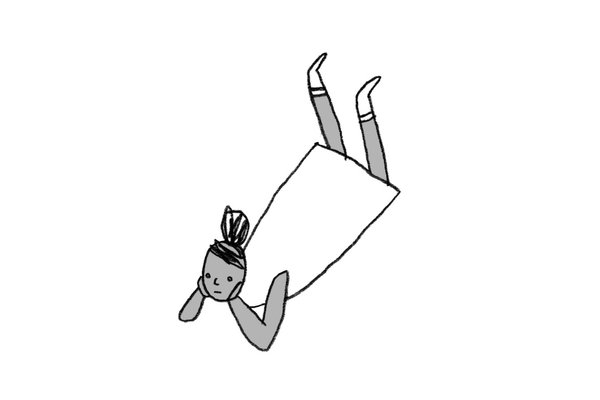 Damian says that my family, which is prone to stress-induced squabbles, didn’t have a chance to fight that day because my eyelids elicited such sympathy. That’s a very Buddhist interpretation. All I can say is I wish my eyelids had asked permission before sacrificing themselves to keep the peace.

But later, as my mother and sister and sister-in-law helped me into my wedding gown, I looked in the mirror and thought, “Wow, I actually look pretty.” One — or all three — of the drugs had worked. The swelling had left in its wake a burnt orange color that looked like makeup on my eyelids.

Still, I didn’t really arrive to my own wedding day until the doors to the chapel opened and I saw my niece dropping petals on the path I was about to walk. Everyone I love was there, staring at me, smiling. Some were crying. I just kept walking.

We had a Tibetan Buddhist ceremony in a glass and wooden chapel in the woods of Eureka Springs, Arkansas. We included a Bible reading about love, since our families are Catholic, but most of the ceremony was in Tibetan: chants sung by a monk, accompanied by the ringing of a bell. Damian and I sat together silently, soaking it all in, as I experienced firsthand how suffering can transform into something beautiful.

Ibby Caputo is a journalist, essayist, audio producer and editor.

Modern Love can be reached at [email protected]