The heartwarming experiment drew to an emotional close tonight when 81-year-old Lilian confronted her fear of falling by performing a tap dance for the youngsters and their families. 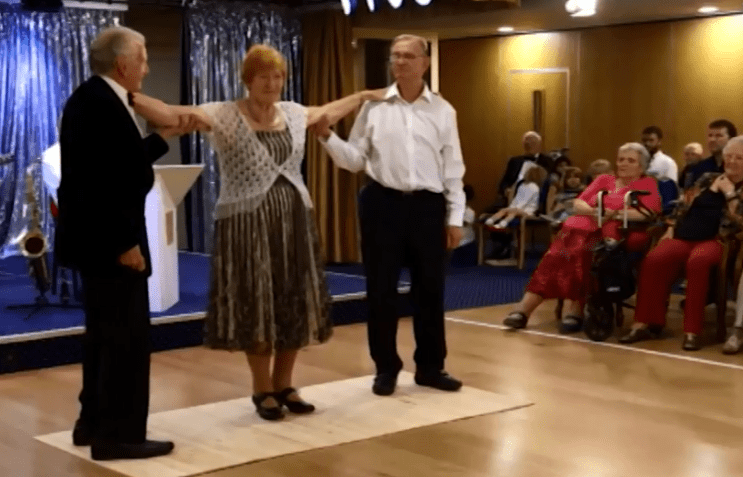 Celebrating the success of the experiment at the Lark Hill Retirement Facility in Nottingham, the participants put on a tea dance for their friends and family to showcase how far they've come.

Although 81-year-old Lilian was once a professional dancer in her youth, her frailty and fear of falling caused her to hang up her dancing shoes.

But in tonight's emotional finale, the 81-year-old former dance teacher said: "If I could dance again, I think I'd be in heaven."

With her renewed sense of confidence having spent three months with the youngsters, Lilian took to the dancefloor in what was one of the show's most emotional moments. 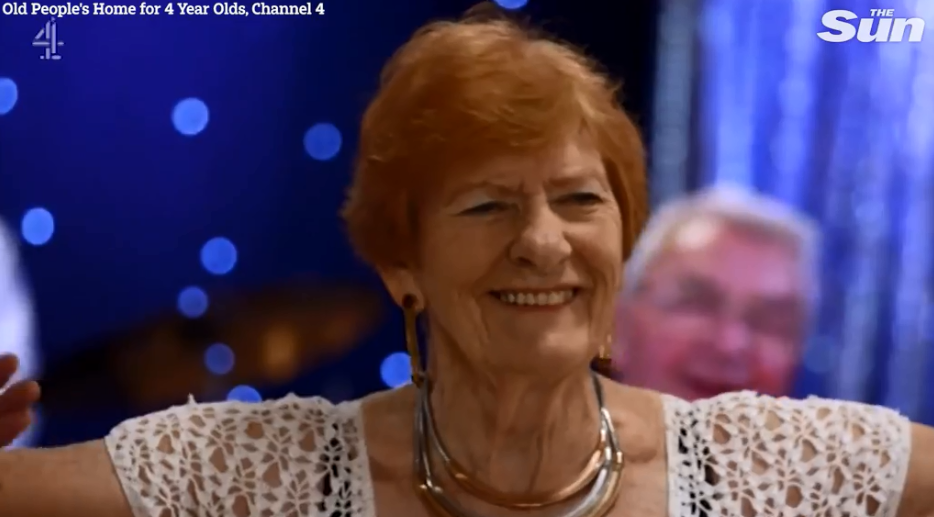 While being supported by fellow participants Ted and Ken, Lilian performed an impressive tap dance sequence in what was one of the finale's most moving scenes.

Tugging at the heart strings of British public, emotional viewers took to Twitter to express their admiration for Lilian.

Overcome with emotion, one user wrote: "Old People's Home for 4 Year Olds got me bawling with the tap dancing, go Lilian."

Another added: "Argh my eyes, that tap dance really got me."

Along with Lilian's stand-out performance, 96-year-old Victor also performed a duet with fellow participant Pauline before the children took to the dance floor.

Over the course of three months, Channel 4 has followed a group of four-year-olds who relocated to a temporary nursery inside the UK's largest retirement village to see what benefits this could have on both age groups.

To mark the end of the experiment, the children then participated in a heartwarming graduation ceremony where they were presented with goodbye letters from each of the elderly participants. 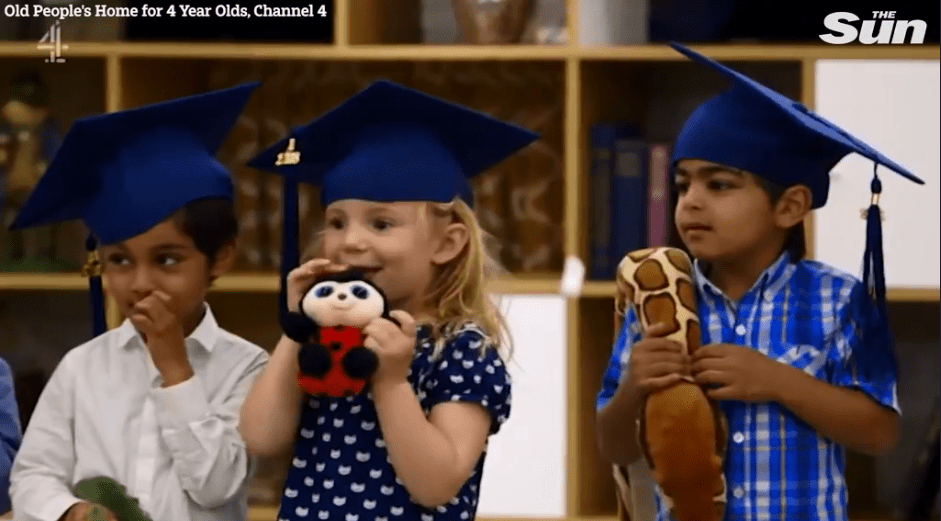 Proving what a success the experiment has been, Dr James Brown of Aston University then revealed that each of the elderly participants had shown improvements in both their cognitive and mental health.

And while three of the 10 elderly participants had been classified as frail with poor grip strength, 102-year-old Sylvia – who inspired viewers last week by shooting hoops with the children – made enormous improvements over the course of the experiment. 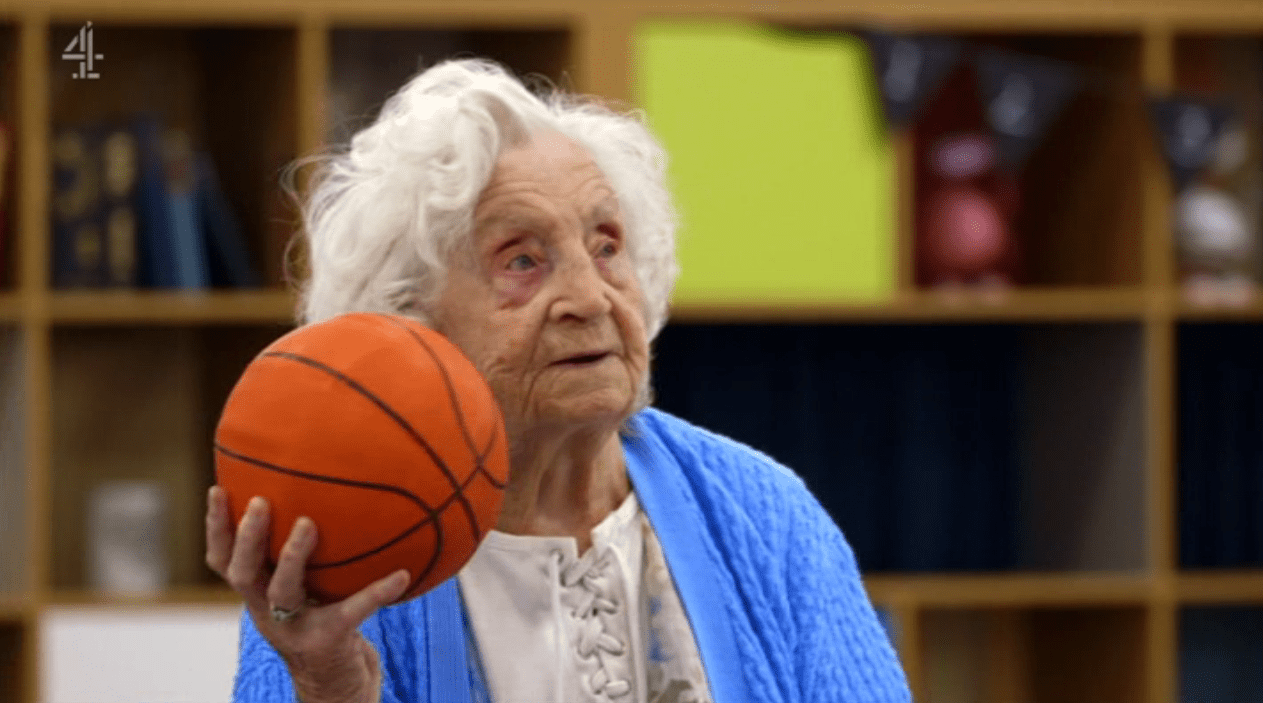 The show's oldest participant was no longer deemed medically frail by the experiment's conclusion and added: "I want to do it again."

Meanwhile, the show's youngest participant Zach – who was just days away from his fourth birthday – also greatly benefited from his time with the elderly.

Along with an increased awareness of what it means to be elderly, the formerly quiet and reserved child improved enormously in his use of language and his grandmother joked that he now never stops talking. 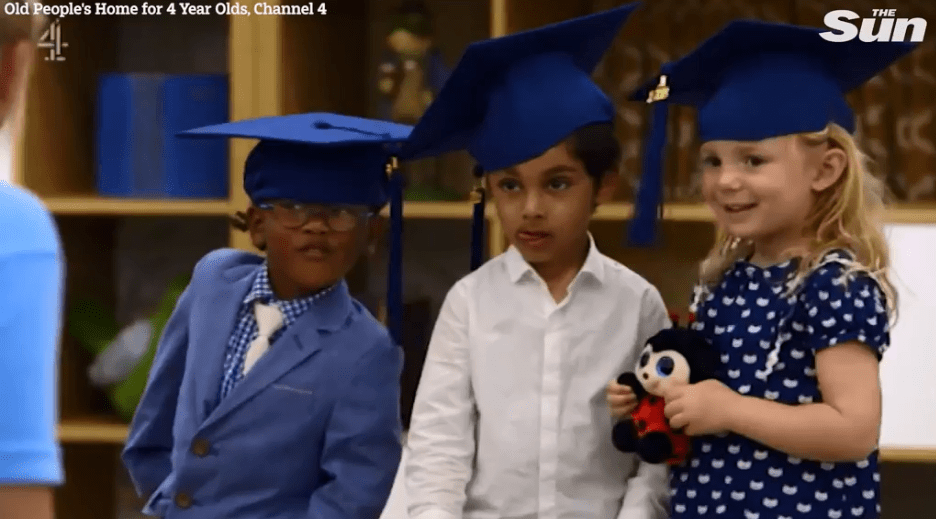 Now, devoted viewers of the hit show are insisting that "projects like this should be introduced all over the country."

Impressed with how far the participants have come, one user wrote: "Got all the feels from Old People's Home for 4 Year Olds – such a lovely idea! I hope this experiment goes further and more retirement homes follow on from this."

Another wrote: "I'd love to see this happen all over the country. What a wonderful experience that benefitted the children and elderly residents of Lark Hill in so many ways."

Adding onto this, another user commented: "Old People's Home for 4 Year Olds has been an absolute pleasure to watch and a must-see for all. Every episode made me cry but for good reasons, joy for older people and hope for the future.

"All retirement homes and schools should implement this positive intergenerational practice."

Proving what an incredible difference the two age groups can have on each other, Dr James Brown argues that the show offers a convincing "blueprint" for similar schemes to be introduced across the UK to target loneliness among the elderly.

If you missed last week or tonight's episodes, you can catch up now on Channel 4's website.

The show aired on Monday at 9pm on Channel 4.

Last week we shared the "inspirational" moment Sylvia, 102, left her chair to shoot hoops with the kids.

Another sad moment came when it was revealed 97-year-old Victor is undergoing tests for cancer.

Plus this is the heartbreaking moment Lily, four, asks ‘best friend’ Ken why weak chick won’t hatch from its egg.