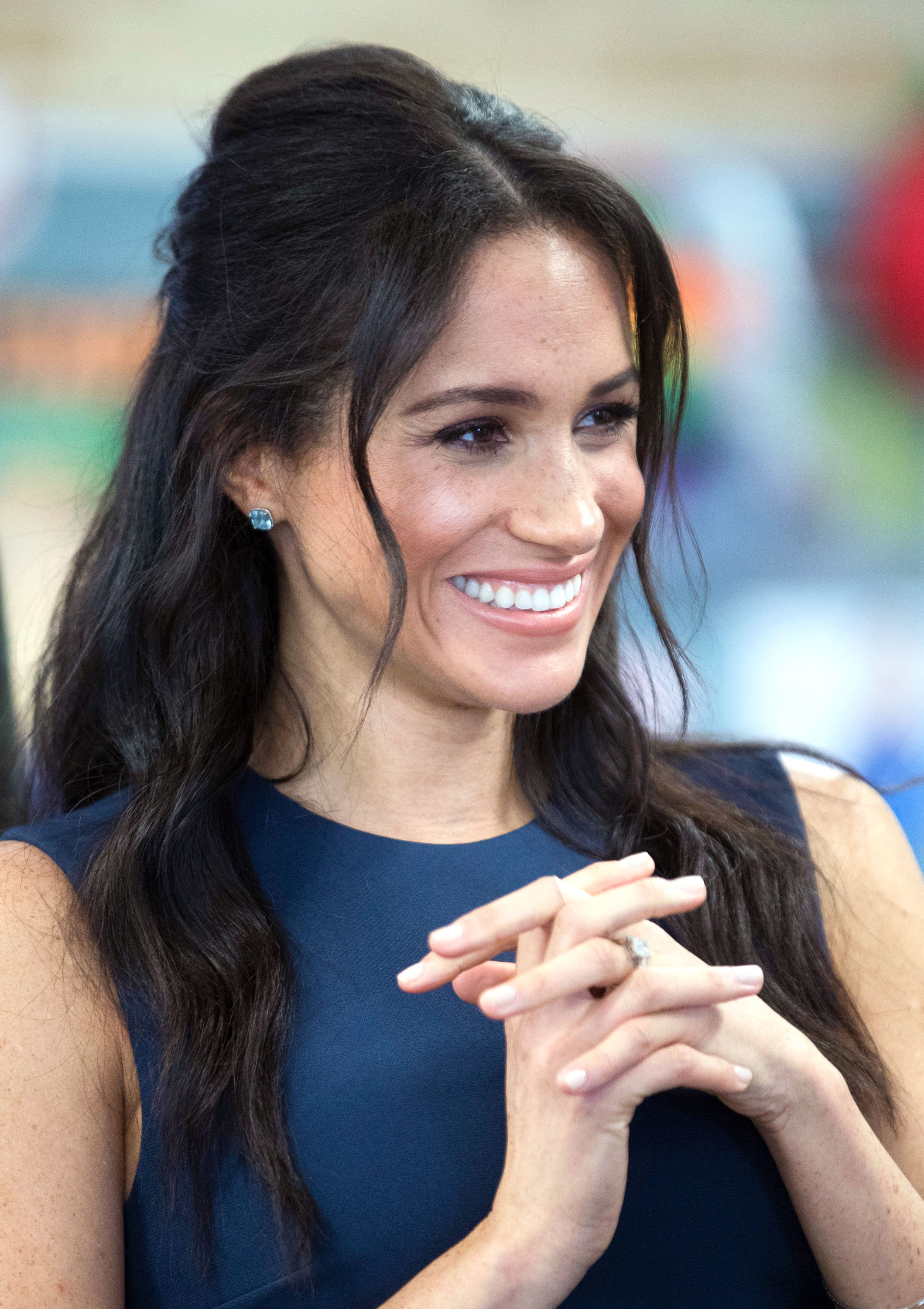 Meghan Markle has already single-handedly revitalized the messy bun since becoming engaged to Prince Harry last November, so it should come as no surprise that the Duchess of Sussex has figured out a way to modernize (and royal-ize!) another classic hairstyle — the half-up, half-down updo. While traveling overseas for her tour of Australia, Fiji, Tonga and New Zealand, she has offered not one but two takes on the foolproof ‘do, and we’re taking notes.

First thing’s first, the mom to be visited the Macarthur Girls High School in Sydney on Friday, October 19, in a navy Roksanda Athena fit-and-flare dress with a periwinkle hem and Stuart Weitzman sandals. Earlier in the day, the former Suits actress had rocked a center-parted ponytail while hanging with surfers on Bondi Beach, so she let at least a bit of her hair down for her afternoon engagement.

But this was no traditional half-updo. In keeping with the undone style of her signature tousled chignons and buns, Markle’s glam squad created some volume at the crown of the head before securing about a quarter of her wavy strands in a bun and allowing the rest to fall free.

As she did with her pony in the morning, the Duchess maintained a center part and her beloved face-framing pieces. The result was polished yet flirty, professional yet youthful and ideal for a meet and greet with students. 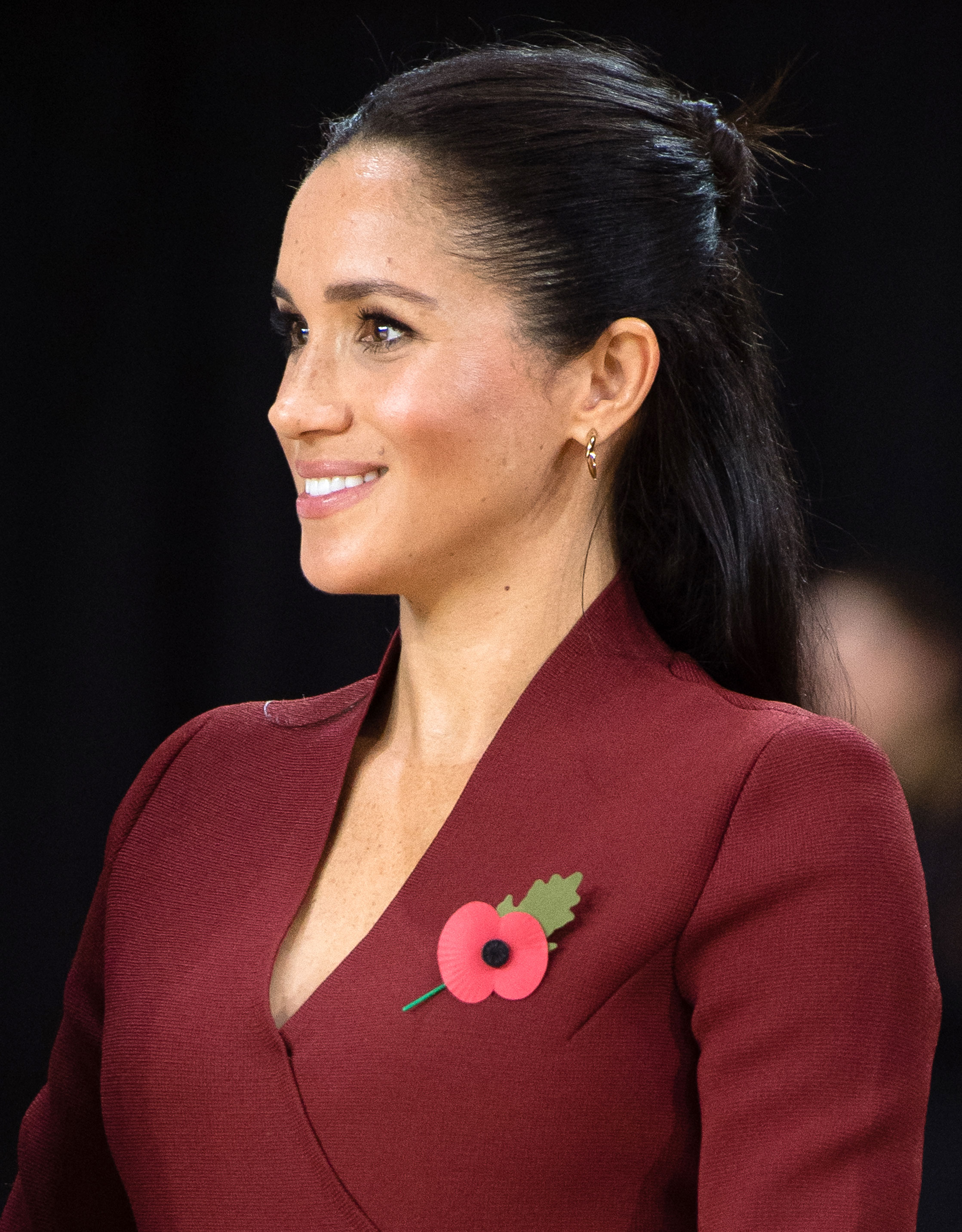 So how does one go about further dressing up the partial updo, you ask? Allow the Duchess to demonstrate. After pitstops in Fiji and Tonga, Meghan and Harry were back in Sydney on Saturday, October 27, for the Invictus Games. The couple was on hand to award the medals in the wheelchair basketball final, where the pregnant royal sported (no pun intended!) a burgundy Scanlan Theodore wrap top with her fave black Outland jeans and Sarah Flint pumps.

Allowing her glowing skin to take centerstage, Markle switched up her half-updo by meticulously slicking all her tresses back off her face (sans her signature part) and securing about half of them just below the crown of the head in a bun. The remainder of her now-straightened locks cascaded down her back.

In addition to providing an instant face lift-like effect (not that she needs any help in that department!), the ultra-sleek style felt like a slightly more formal — but no less modern — alternative to her usual lived-in updos.

And if you are looking for more hair inspo courtesy of Duchess Meghan, we’ve devoted an entire gallery to her best tressed moments because her mind-bogglingly glossy mane is just that good.