ANY mum of boys would understand the endless need to clean up after them – no matter how old they get.

But one mum-of-four decided to make her job a little easier and use a UV light to pick up any gross stains in her son's bedroom. 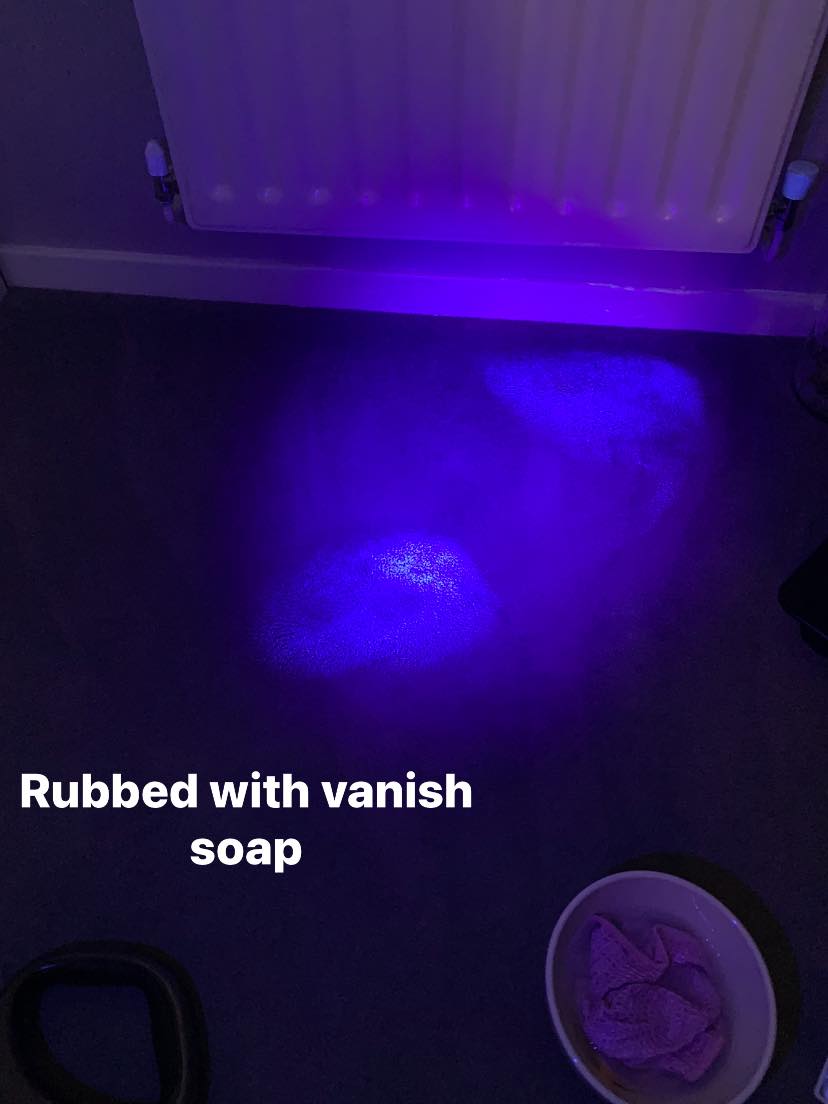 Taking to Facebook, the mum revealed that her 21-year-old had a few too many drinks and was sick in his bedroom, but she kept getting a bad whiff even after cleaning it.

Assuming that she'd missed a couple of spots on the carpet, she decided to whip out the UV light so she could see any "bodily fluids" that might still be lurking – and the results are both horrifying and satisfying.

After picking up some leftover stains, she sprinkled some bicarbonate of soda over the areas to ensure the last of the smell and stains had been removed.

Proud of her savvy idea, she shared the tip in the Facebook group Hinch Army Cleaning Tips where other mums and cleaning fans dubbed her a "genius". 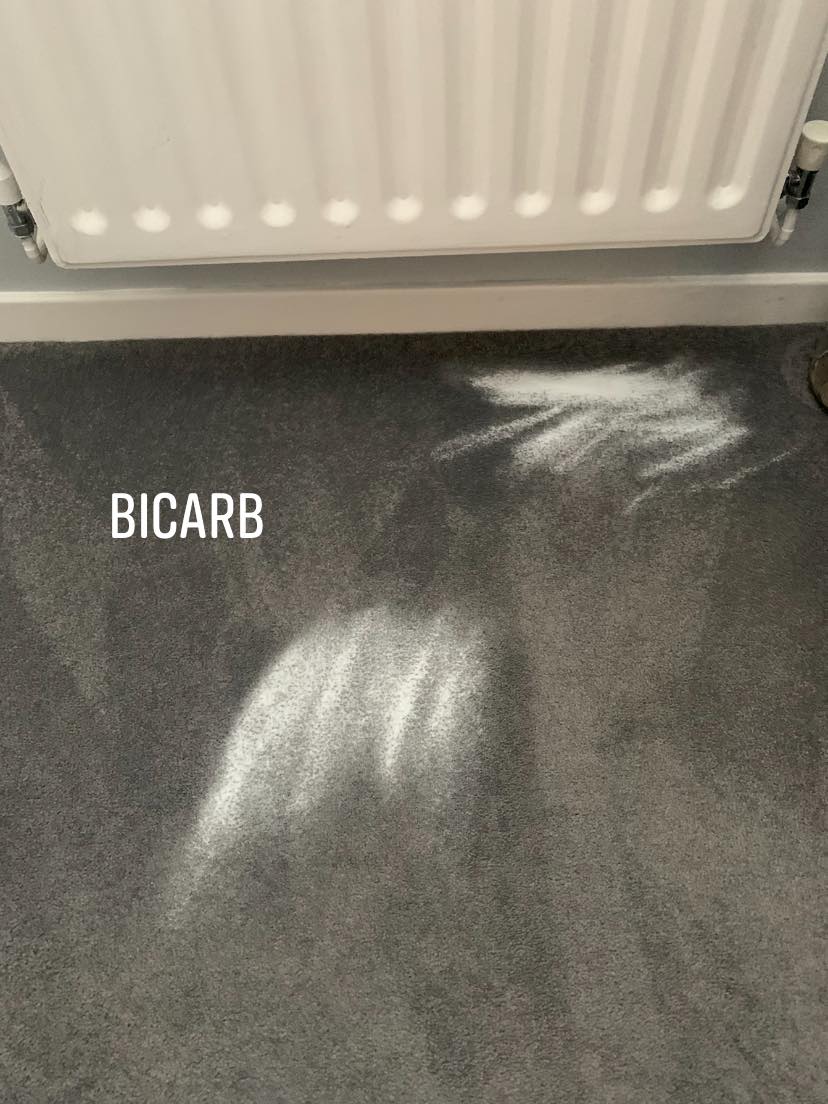 She wrote: "Top tip (it’s also a bit disgusting ). My son was sick in his room last weekend ( he’s 21. It was alcohol-induced. So no sympathy necessary), I have tried all week to get rid of the smell. I’ve just had this genius idea to use my UV torch which shows up bodily fluids.

"In case why you’re wondering why I have a UV torch, (I’m not a for-hire murderer). I am a mother of four boys and I bought it ages ago to see if my 'around the toilet' cleaning skills were okay."

UV light devices like the one used are often used at crime scenes, so many joked she should add her tip to a True Crime group on Facebook.

The lights cause substances such as bacteria, urine, seminal fluids and blood, to appear when they would normally go undetected by the naked eye. 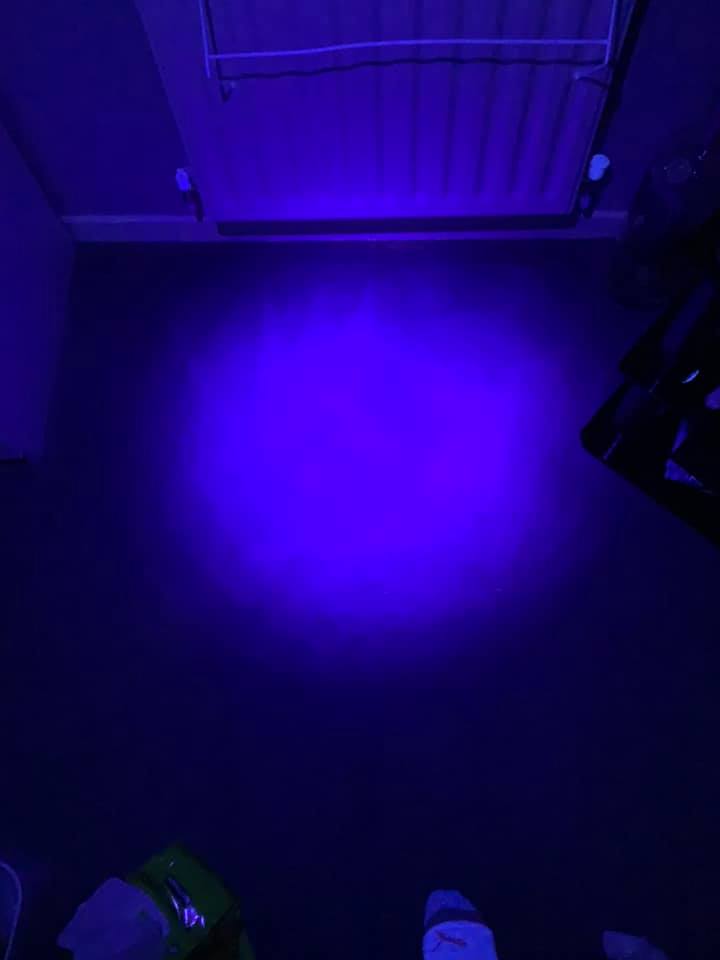 Group members were seriously impressed by the mum's "clever idea" and swore to pick up a UV light of their own to try it out – particularly parents of boys.

Her post has now racked up over 3,000 likes and comments with many left highly amused and completely taken by the hack.

One person shared: "Wow what a great post! I feel like you have now shown everyone, that everyone should now own a UV light. Women will be adding it to their Christmas lists.

And another added: "Very clever!! Love it I may need to get one of these torches as two boys who are blind too the loo it seems!"

Meanwhile, a third said: "Mother of 4 boys here! You are a genius-and I thought I was winning at teeth brushing with those discoloration thing – this is a new level. Ps. Iv just brought one off amazon."

We know what we're asking for this Christmas.

Meanwhile, Mrs Hinch shares the easy way she cleans her tumble dryer and it only takes seconds.

And mum shares her simple tip to rid kettle of limescale after her tea started tasting ‘odd’ & all you need is some fruit.

Plus cleaning mad mum shows simple three-step method for cleaning washing machine & says you should be doing it every MONTH.