Home renovations don't have to be strenuous and expensive. When done right, you can create a whole new look and feel for your home – without breaking the bank.

One mum set out to do exactly that, and decided to renovate her kitchen on a budget by using the popular tile stickers from Poundland to jazz up her splash back. 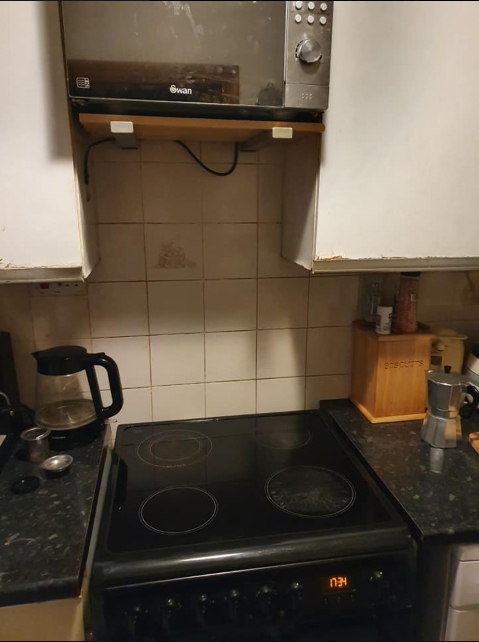 Rather than re-tiling her entire kitchen, the woman decided to cover the original tiles – which were ordinary and neutral in colour – with a stylish and modern mosaic tile sticker.

The stickers costs her a tiny £1 per sheet from the popular bargain store, and using just 25 sheets for the entire makeover, the chuffed mum spent a total of just £25 to make her kitchen new again.

The blue and silver tones instantly lifted the entire kitchen, and pleased with her efforts, the thrifty mum shared the before and after pictures on the Facebook group, Extreme Couponing and Bargains.

The handy mum wrote: "[I] don't remember who put on this site about the tile stickers in Poundland but thank you, chuffed to bits with it, so easy & looks so much better". 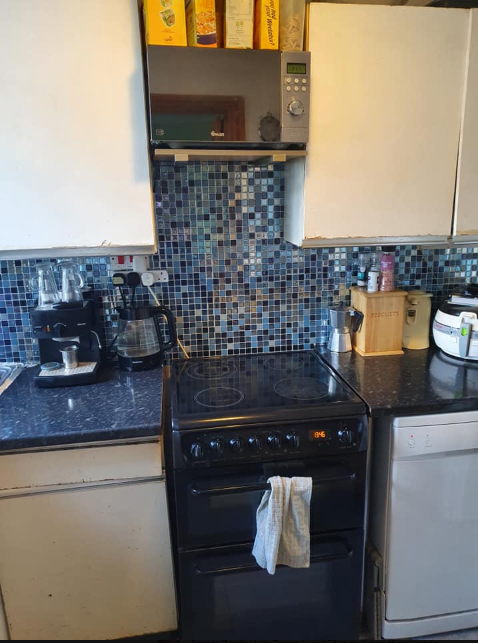 And while many people rushed to compliment the finished look, it seems some others were focused on some other unsettling observations – and their opinions didn't sit right with many people.

One person pointed out that the cupboard on the right side of the cooker wasn't symmetrical and that her "OCD couldn't handle it."

She said: " My OCD can't handle the cupboard on the right".

Another agreed: "Looks amazing.. but [one] thing that bugging me [your] cupboard hangs over cooker. If your council get them out that fire hazard hun. They have to give u new kitchen"

Many admit they they missed it at first, but once it was pointed out it was hard to ignore.

One user was quick to jump to the posters defence, claiming the comments about the cupboard were rude and unnecessary, while others deemed it appropriate as they were simply stating the facts.

The defensive woman said: "The lady is happy with the job she has done. No need to be negative. Yes, I believe your comment is rude"

In which many people disagreed with one woman stating that "peeople need to lighten up" and that someone was simply "making an observation" and wasn't at all being rude.

While the overhanging cupboard was an issue for many opinionated people, for others it was the fact the microwave was sitting directly above the cooker, and that the stickers may not be heat resistant –  declaring both issues as hazard.

But in a bid to put an end to all the comments criticising the layout of her kitchen, the original poster fought back defending her self – and her kitchen. 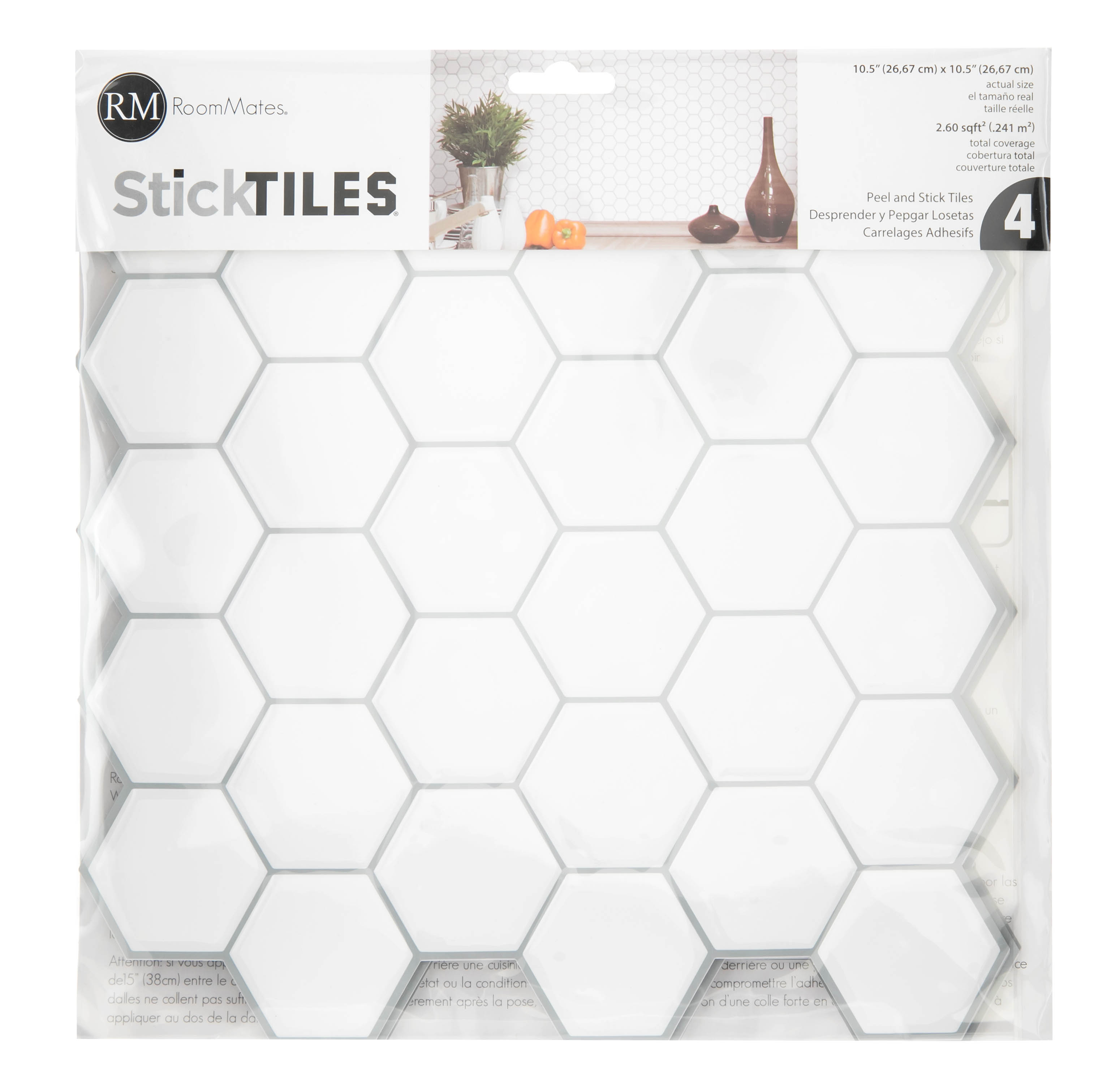 She wrote: "This was the kitchen layout when I moved in 19 [years] ago, it is ridiculously small so no option for any other layout.

"The cooker is electric not gas, there is no fire risk with regard to the cupboard on the right and having the microwave above the cooker can reduce the life of the microwave, other than that there is no issue."

She continued: " The tile stickers are for use in kitchen & bathroom and are heat & humidity resistant, again I would possibly think twice if my cooker was gas."

And to shut down all the trolls once and for all, she concluded: "Those of you who my kitchen seems to really bother, please feel free to send me the money for a new kitchen & I'll post the pics for you!

Bad sadly, despite the award winning shut-down, the woman was left feeling down about her kitchen and admitted to not wanting to post anything ever again.

In other DIY news, a woman has revealed how she dyed her stairs from brown to grey using a £5 Wilko product.

Meanwhile, a new mum broke down in tears during £500k Grand Designs renovation – after fearing her cancer-stricken husband wouldn’t live to see it finished.

And a single mum returned home from holiday to find parents have transformed her grungy living room with wallpaper, curtains and paint for just £50.