Laura, writing on a Facebook page, shared a picture of herself in the 'dress' – which was barely decent. 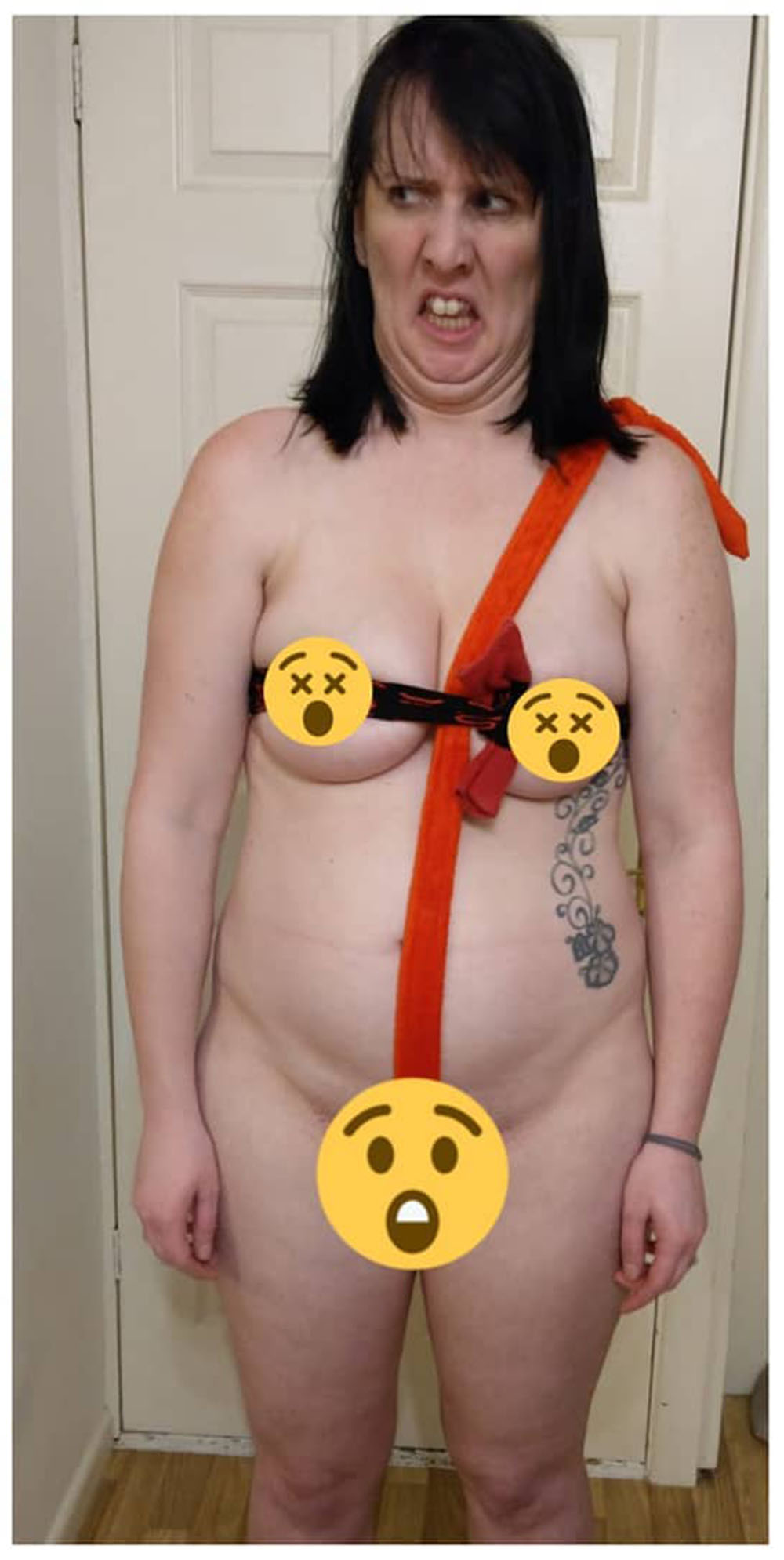 She uploaded the picture of herself in the red outfit to her page Knee Deep In Life.

Accompanying it, she wrote: "Be my Valentine.

"When it's the night of steaks and you want him to know after all these years you're still trying to keep the spark alive.

"Wonky nipples! They're less like identical twins and more like estranged half sisters who just can't see eye to eye." 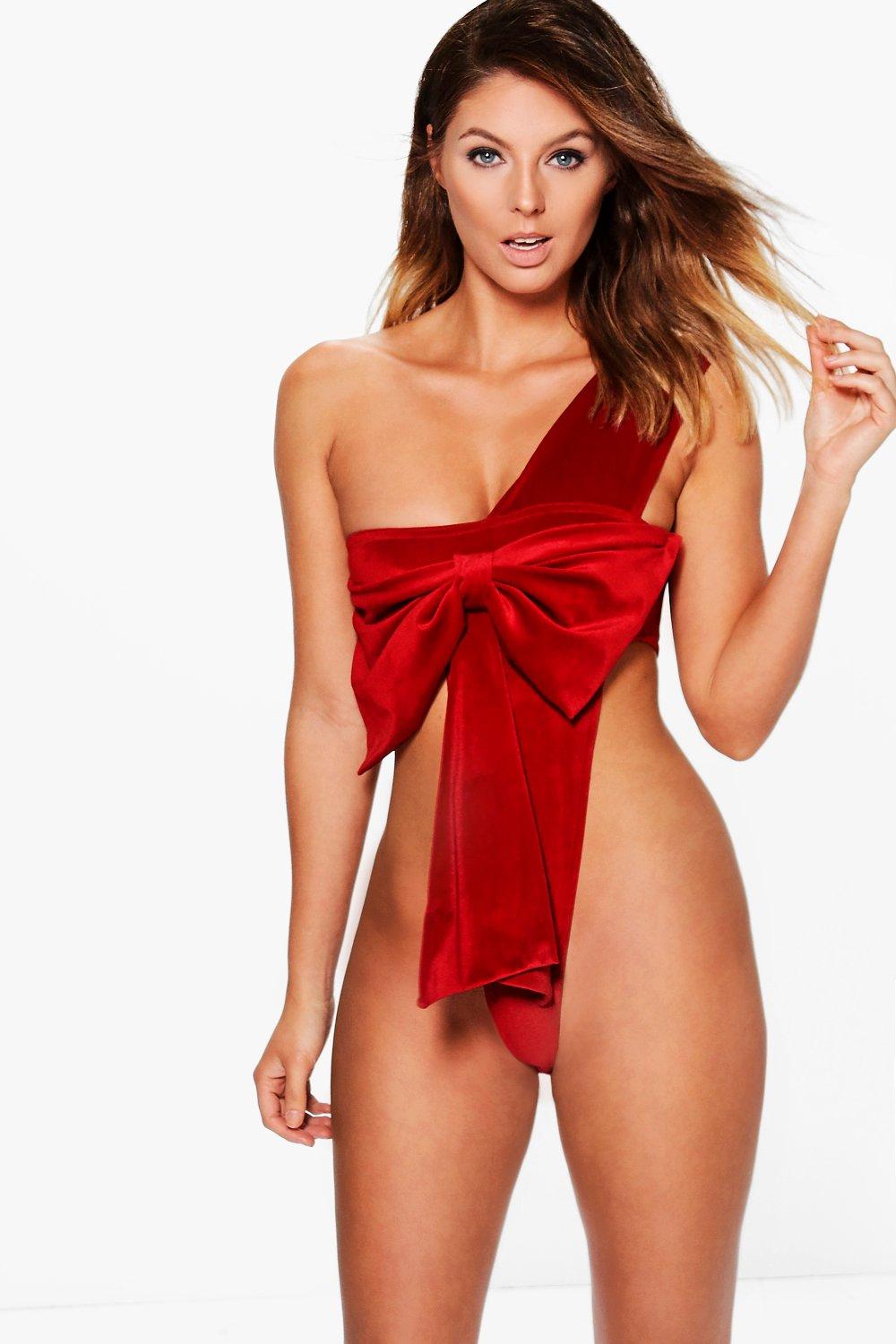 She finished: "Valentines is overrated anyway…."

The bow, previously shared by ASOS by brand BlueBella, costing £11 on sale from £16, was advertised as being made  from "silky satin fabric" and has an "oversized design".

It is sold in one size only, but no measurements are given to indicate how big the bow actually is or the clothing size of models on the site.

Stephanie wrote: "This one made me literally lol!" 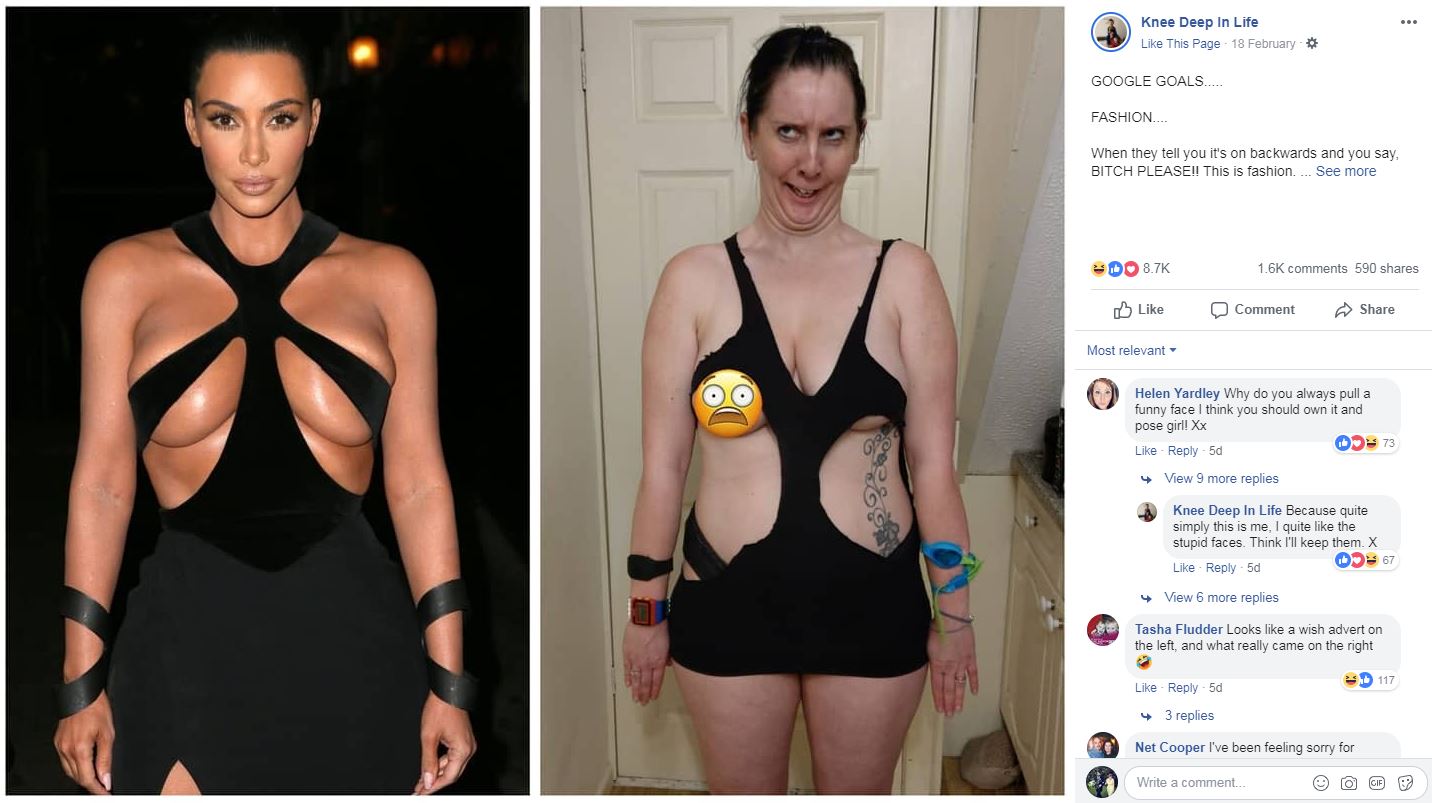 Uploading her snap to Facebook, she wrote: “GOOGLE GOALS….. FASHION…. When they tell you it's on backwards and you say, BITCH PLEASE!! This is fashion."

Instead of forking out thousands for a lookalike gown, Laura got crafty with the scissors and made her own out of an oversized T-shirt. She accessorised it with a pair of swimming goggles and covered her modesty with a shocked emoji face.

And we recently revealed the company was accused of ‘Photoshopping’ a model’s crotch in shot of skimpy lace bodysuit.

If you want more bizarre outfits, Fashion Nova has released a £20 see-through pair of trousers.