All the Times Kylie Jenner Matched Outfits to People, Cars and Other Surroundings

The 23-year-old took to social media on Wednesday, August 12 to share photos of herself in the colorful, bejeweled minidress designed by French fashion designer and Balmain creative director Olivier Rousteing.

Naturally, the reality star had to have an obligatory birthday photo shoot in the dress for Instagram. Jenner captioned the series of snaps, “Thank you my love @olivier_rousteing for the most perfect bday dress 🧡🌴.” 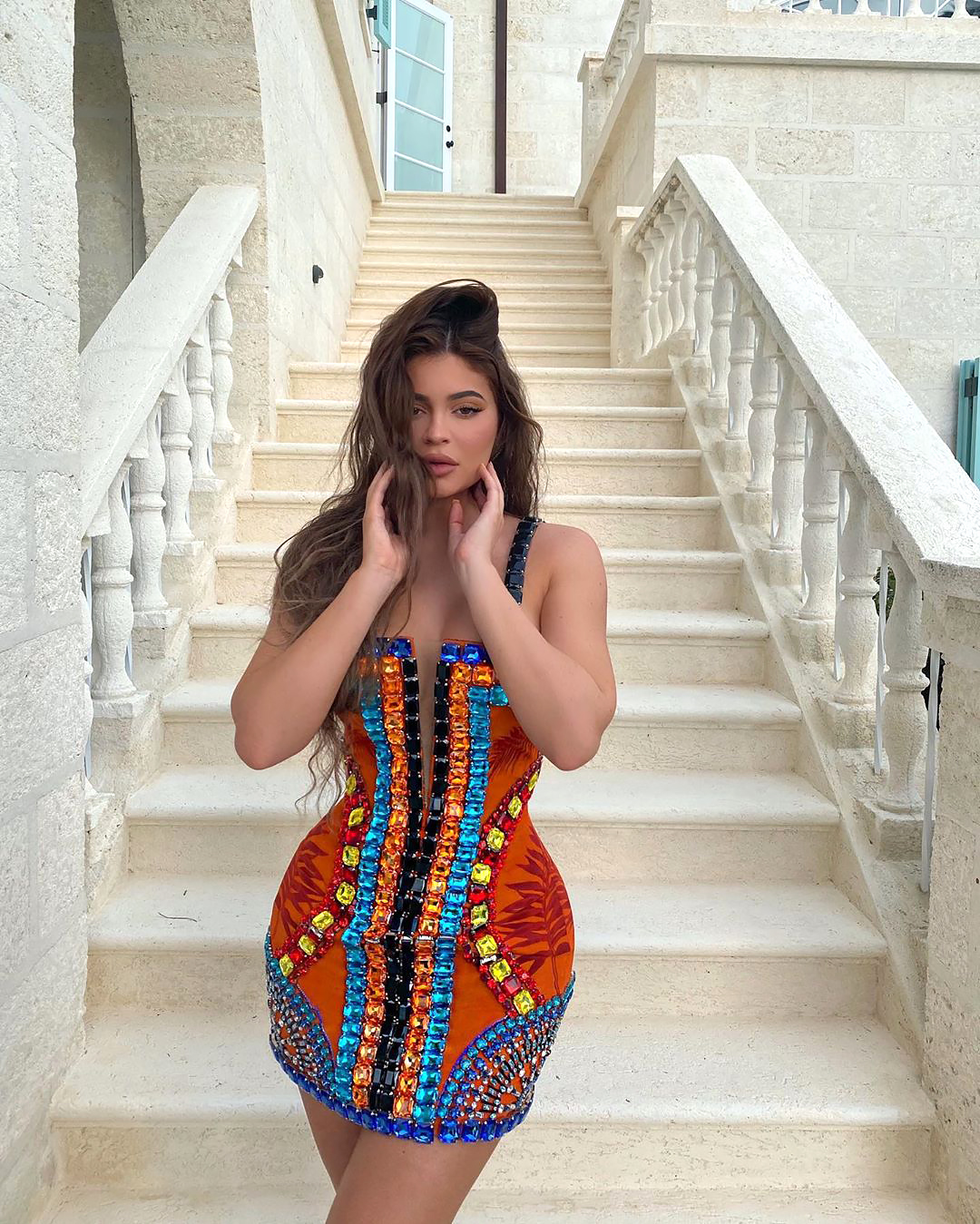 A solid chunk of Kylie Jenner’s 189 million Instagram followers went crazy over the eye-catching number in the comments, but Costello had something else to say entirely.

“Thank you Oliver for the perfect bday dress,” he commented. “And thank you to the no name designers who work tirelessly around the clock on custom looks who she won’t tag , mention or @ . . . Unless it’s paid.”

Kylie Jenner Through the Years: A Look Back in Photographs

He continued, “And thank you to the glam team who always gets tagged no matter what. (this post has nothing to do with me as Kylie only wears something from me once a year and I’m lucky if I get a decent pic to post. No shade to any of her team who styles her and no shame to the glam team . Even though we know you can not wait to unfollow me and drag me for filth!”

And that’s not all. “But it’s sad that designers work so so so so hard on these opportunities to dress these gorgeous popular women and they only tag the major high end designers like Oliver but forget about the other ones. ( this has nothing to do with my brand ) but it definitely has a lot to do with the la designers why not tag at least one ? Not all the time but maybe once in a while.”

The designer’s comment has since amassed close to 2,000 likes. Some social media users have praised Costello’s bold comment, while others are defending Jenner.

“Why are you being so entitled?” one person commented. “She purchased the dress and if she tags you or not doesn’t matter, just be happy and move on. Doing things this way is not it!”

Another person who sided with Costello wrote, “if this isn’t real af. I don’t know what is 🤷🏼‍♀️.”

Listen on Spotify to Get Tressed With Us to get the details of every hair love affair in Hollywood, from the hits and misses on the red carpet to your favorite celebrities’ street style ‘dos (and don’ts!)