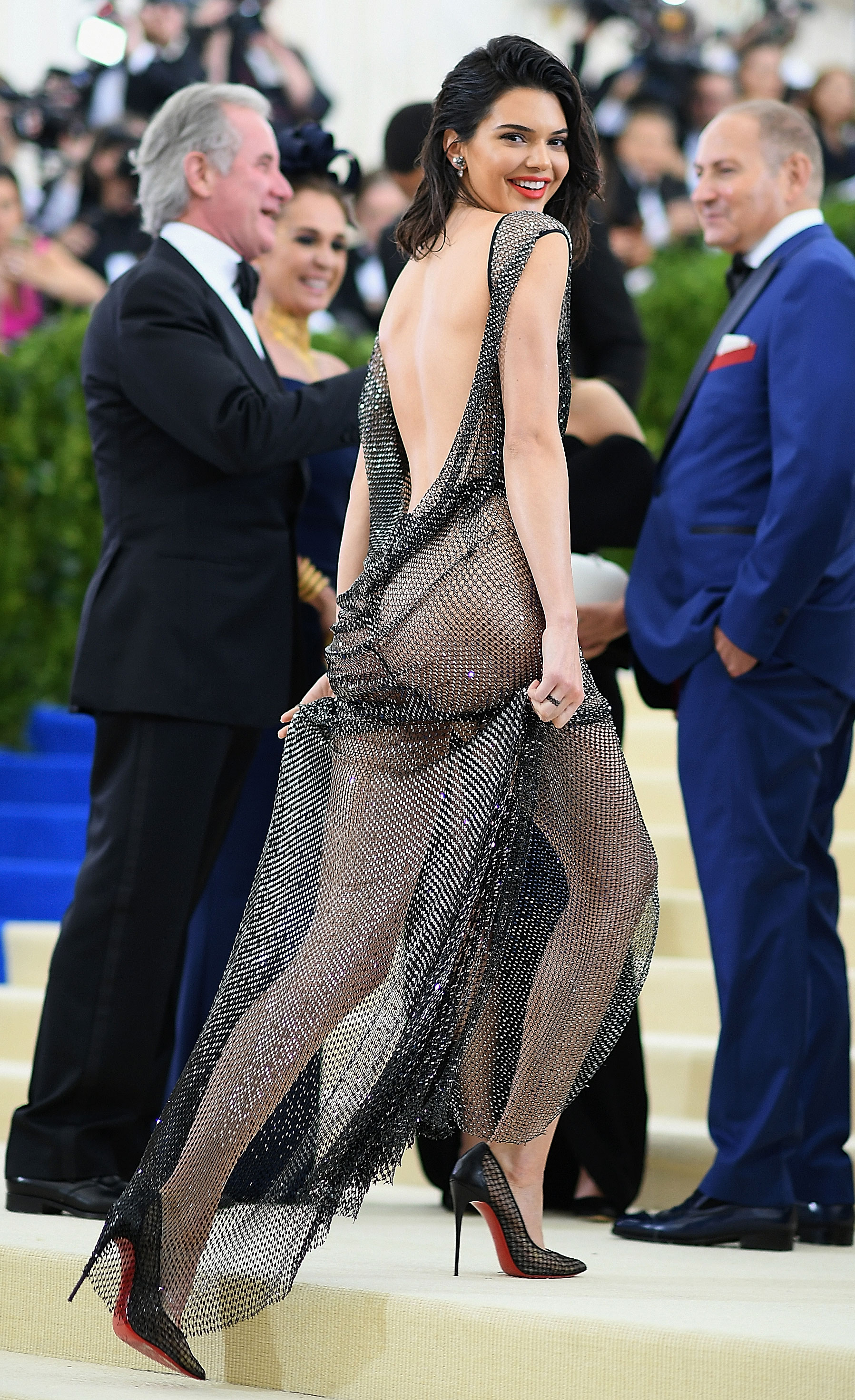 With nearly 100 million followers on Instagram, Kendall Jenner certainly has a captive audience on social media and it looks like brands are willing to shell out big bucks for a spot on her feed. Sources tell Us that the model was paid upwards of $1 million for her two Instagram posts earlier this fall for Aritzia’s #TheSuperPuff campaign.

Back in October, you may have spotted the Keeping Up With the Kardashians star modeling a neon red puffer coat on Insta. In the first pic from October 17, the brunette beauty showed off her best model stare as she wore blue jeans, a red-accented white tee, fishnet heels and, you guessed it, the scarlet Tna for Aritzia Super Puff topper.

“Super warm. Super cool. Super super. @aritzia #TheSuperPuff #AritziaPartner,” she captioned the pic. A week later, she was back at it again, this time with a movie poster-like collage post of her rocking the outerwear.

According to the brand, the $228 Michelin Man-like coat is designed to keep you warm in the coldest temps (think: up to -22 degrees) and is made of a durable Japanese ripstop fabric and responsibly sourced goose down that is water repellent and easy to move in thanks to its roomy promotions.

While Jenner chose to style the bright red style, celebs like Bella Hadid, Karlie Kloss, Emma Roberts, Shay Mitchell and more have been spotted in the white and olive green color ways. It also comes in black, gen-Z yellow, millennial pink and lilac.

See Celebrities Who Have Traded Their Brunette Hair for Blonde

The reality star’s reported seven-figure payday for the Aritzia campaign is just one of many partnerships for the 23 year old. She works with Estee Lauder, Adidas and Longchamp to name a few, in addition to the clothing lines she works on with her younger sister Kylie.

For all the inside details on the biggest celebrity stories and scoop this week, subscribe
to our new podcast “Us Weekly’s Hot Hollywood” below!