STANDING in a queue to get off a plane after a long journey, Lydia Brain touched the backs of her legs.

She filled with dread as she looked down and noticed a soaking patch of blood stretching to her knees. 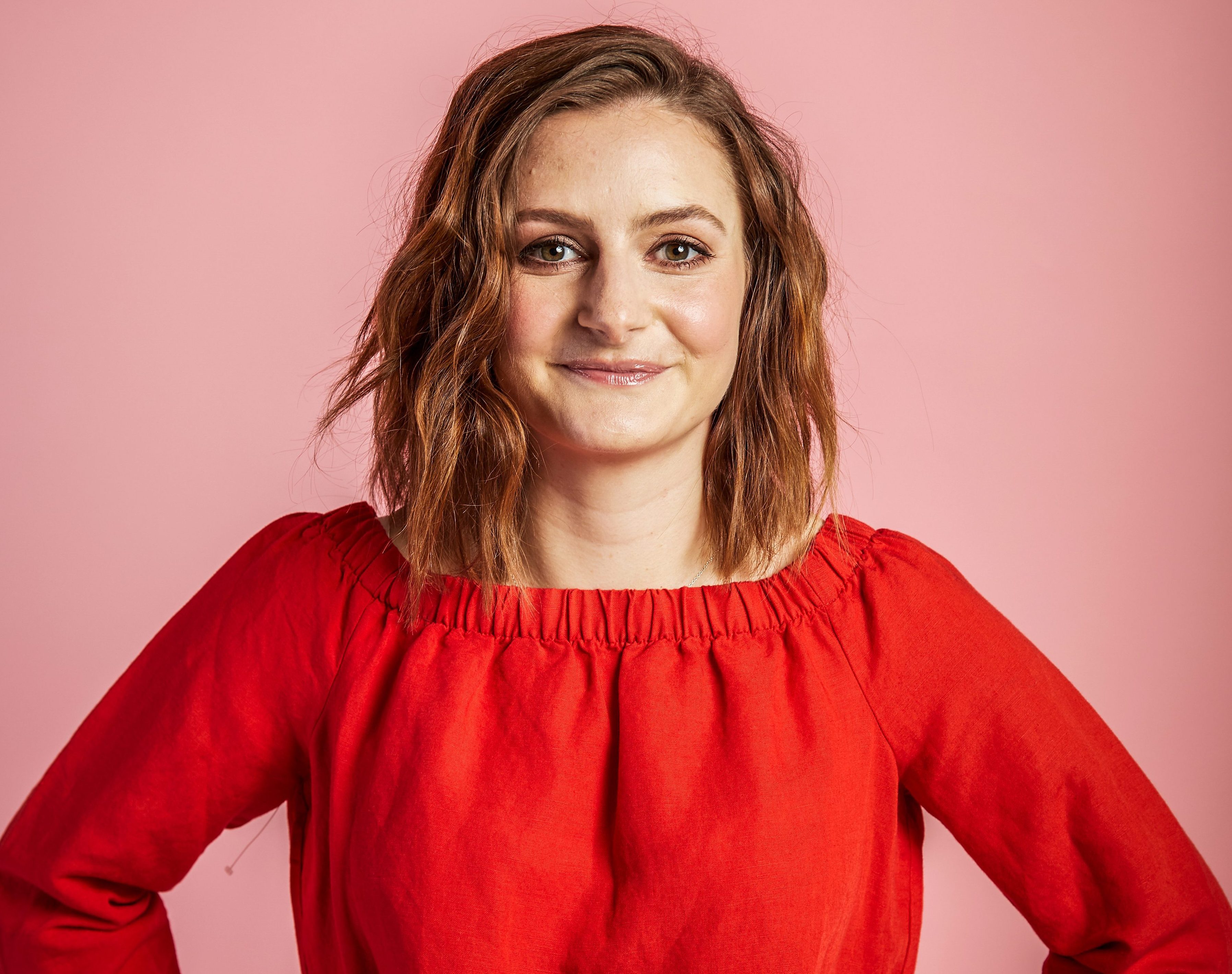 The 22-year-old, from North London, had been suffering heavy bleeding between periods but it had never been this bad.

There was so much blood that despite not having sex in months, she assumed she had unknowingly been pregnant and suffered a miscarriage.

It would take her two more years to discover that she actually had womb cancer – also known as uterine cancer.

It's the fourth most common cancer in women in the UK, and the most common of the five gynaecological cancer affecting 9,300 women every year, according to leading charity, The Eve Appeal.

In 2015, doctors had found a lump in her womb, but told her it was a fibroid – a very common, benign and more often than not, a harmless lump of tissue.

So she had carried on as normal, dismissing her heavy periods and bleeds in between as nothing unusual.

It left her facing a number of humiliating situations despite wearing the biggest size tampon and a nighttime pad at the same time.

She said: "My symptoms first started when I was probably about 20 – I had acne and a few other issues and was being tested for polycystic ovaries.

"They found a small lump in my womb and said it was a fibroid which was benign so I didn't need to worry about it and to come back if it became worse.

"I vividly remember asking my GP how I would know if it got worse and he simply replied ‘You’ll know’.

"There was no lets double check it or anything, and you do believe your doctor so I presumed it was fine."

'My period was so heavy I thought I'd had a miscarriage'

In the meantime, her periods continued to get heavier and she was starting to bleed when she was stressed.

She said: "I'd bleed during exams or after an argument. I was also bleeding after sex.

"I was going tot he GP about these things because I was bleeding heavily enough to be concerned.

"One of the worst occasions was when I had landed from a plane journey and bled down to my knees.

"I stood up and it just came suddenly.

"I hadn’t been sexually active for several months but the bleed was so heavy I thought the only possible explanation was that I had been unknowingly pregnant and suffered from a miscarriage.

"For some reason, young and humiliated, I stood in the passport queue for 40 minutes with my coat tied around my waist.

"When I managed to get to a toilet I threw my trousers in the bin and cried.

"Another time, I was in a talk at work and I stood up during the break and felt this gush, like I'd wet myself.

"I had to wait in the toilets until everyone had gone then I called a taxi to take me home." 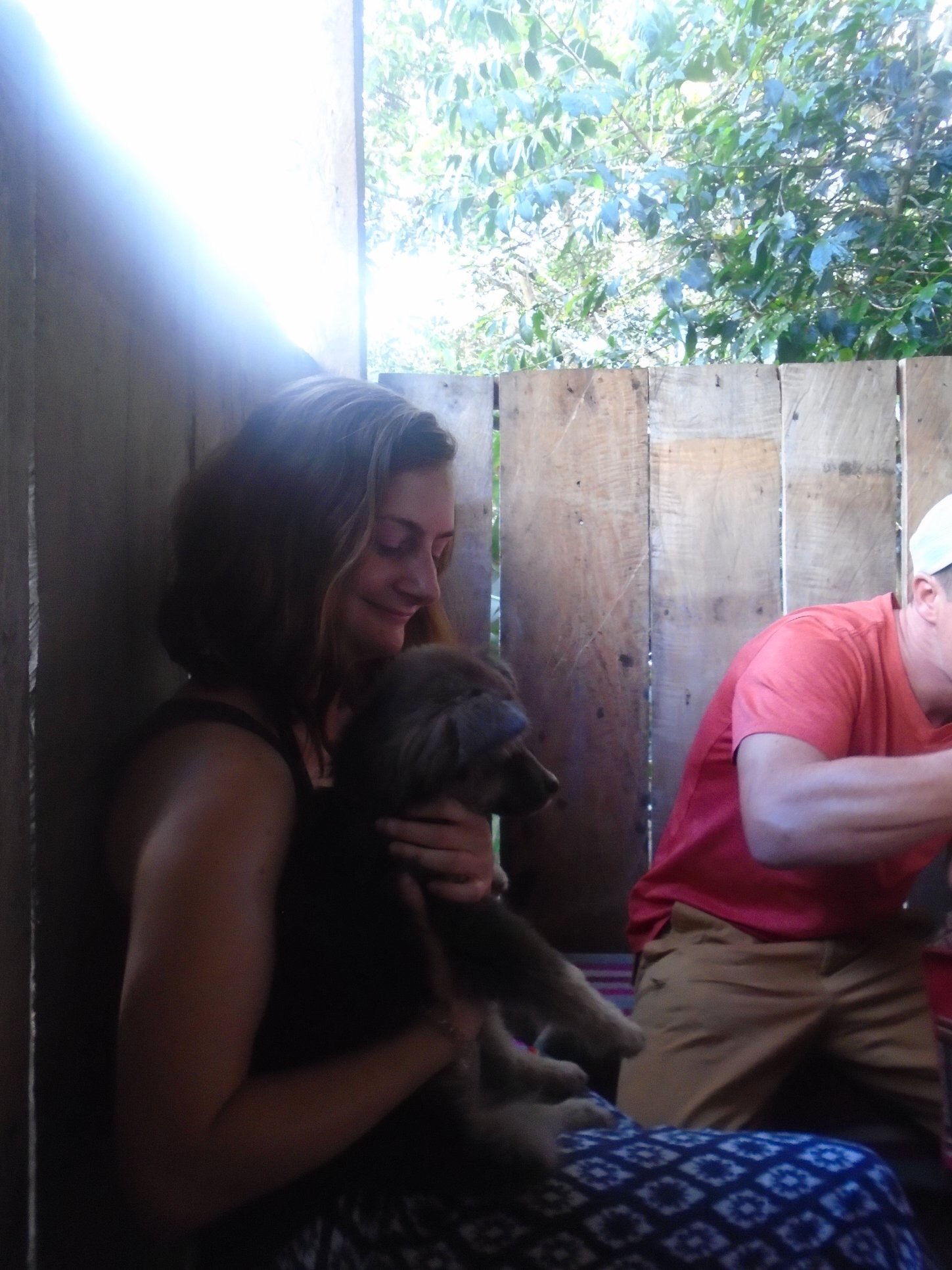 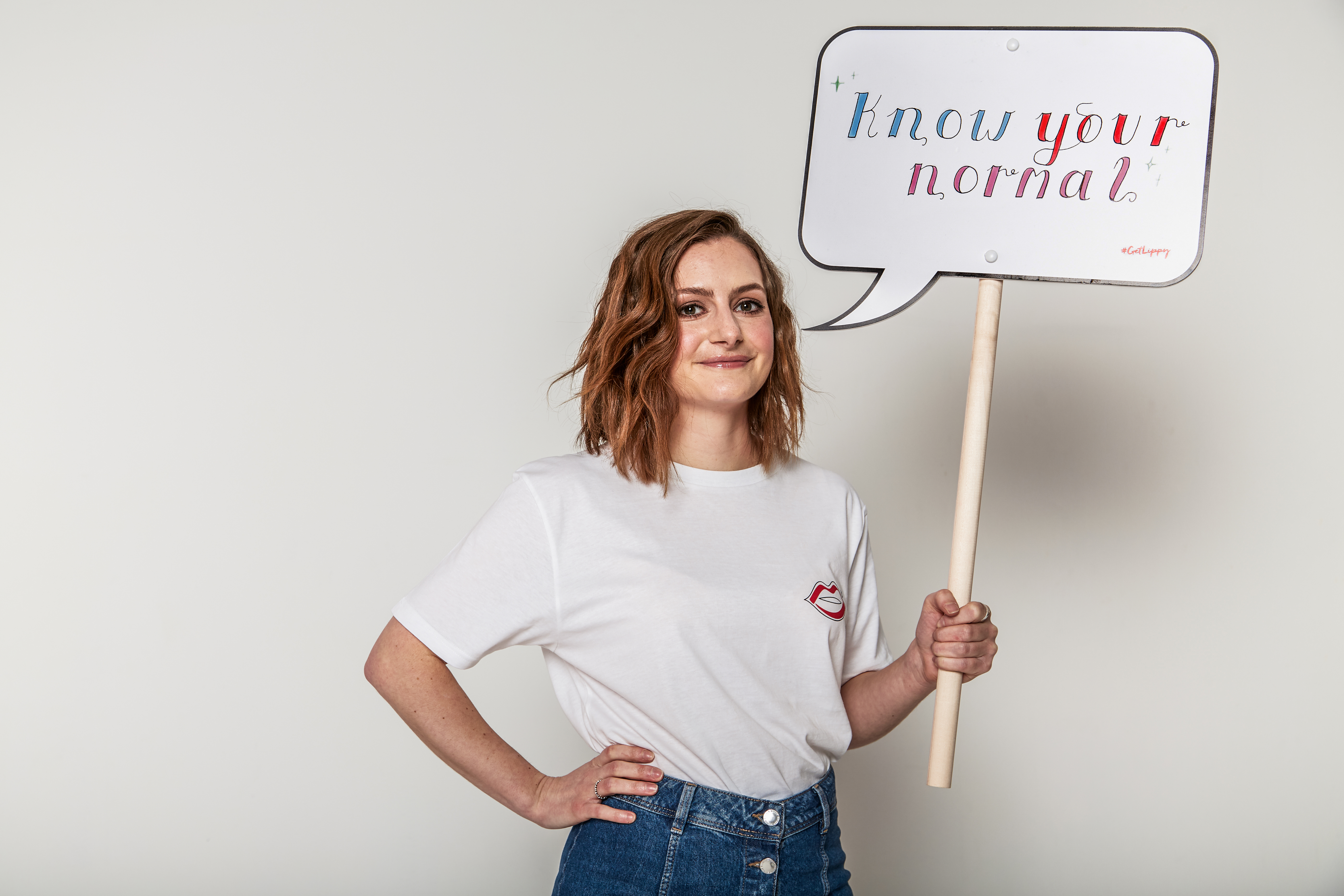 Lydia finally went back to a GP two years later, unable to cope with the heavy bleeding.

"By this point I was wearing the biggest tampon size and a night time pad – and changing them every hour.

"When it started to get really bad they sent me for another ultrasound and I finally got referred to see a gynaecologist.

"They found two tumours but they didn't seem concerned and booked me in for surgery in eight months."

But it was only after she had the operation and they went for biopsies that doctors discovered they were cancerous.

'I wanted to save my fertility'

Tests had also shown another extremely rare womb tumour growing on the inside of the wall of her womb. She was just 24.

But she was told because it was close to the edge of the wall of her womb and that she wanted to try and save her fertility, they would try a hormone treatment.

She started suffering unusual bleeding and medics realised after four months it wasn't working and in fact, the tumour had got bigger.

It was the biggest blow. I had really hoped one day I would be able to carry children

Her only option was to have a full hysterectomy.

Lydia said: "It was the biggest blow. I had really hoped one day I would be able to carry children.

"So I was having to think about how much I valued having a family.

"But when they said I would have to have a hysterectomy it took that decision away from me.

Know the signs of womb cancer…

WOMB cancer is the fourth most common cancer in women in the UK and the most common of the five gynaecological cancers, with over 9,300 women diagnosed every year in the UK.

In most cases, it begins in the womb lining, where the cells that grow are then shed each month as a period.

Other symptoms, which are less common, include:

"I was glad in a way because I wasn't in a position to have a child realistically.

"I was single and I don't live near my family so I wouldn't have support from them.

"At least this way I didn't have to make the choice, because I know either one would have been wrong."

Two years ago, she had a total hysterectomy which means docs were able to save her ovaries, so there are options for surrogacy further down the line.

But for now Lydia remains cancer-free and is supporting leading charity The Eve Appeal, to try and help other women understand more about their gynae health, including heavy periods.

She said: "I will never be able to bear children, and although there is a good chance I am cured, my future will never be what I wanted for myself.

"It took me two years to be diagnosed and that’s not acceptable. We need to feel confident about talking to medical professionals about our bodies."

She added: "If mine had got found earlier than when I had then I wouldn't have needed a hysterectomy.

"They could have just to cut it out. It’s so important to keep trying."

To find out more visit The Eve Appeal for info. 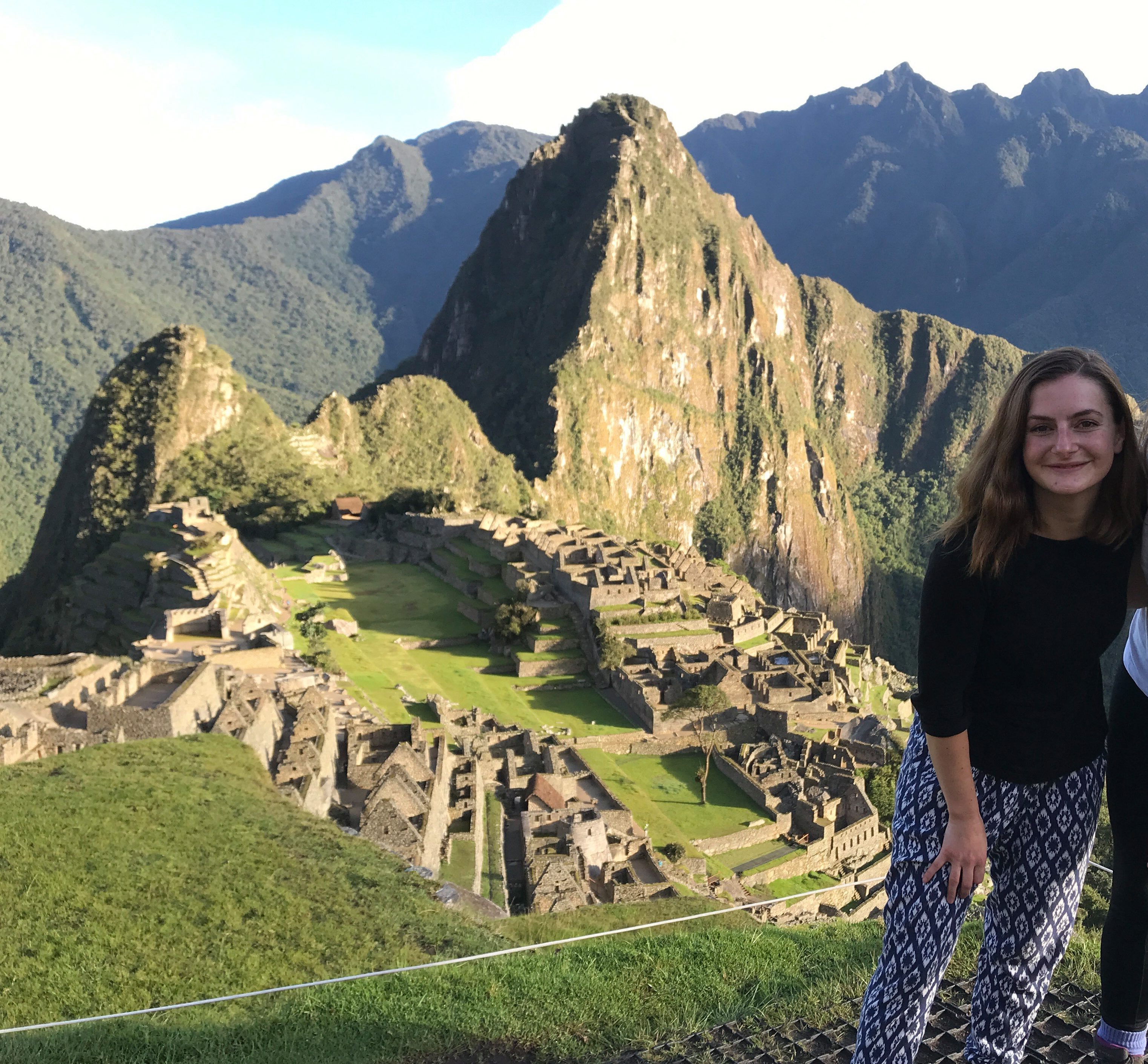 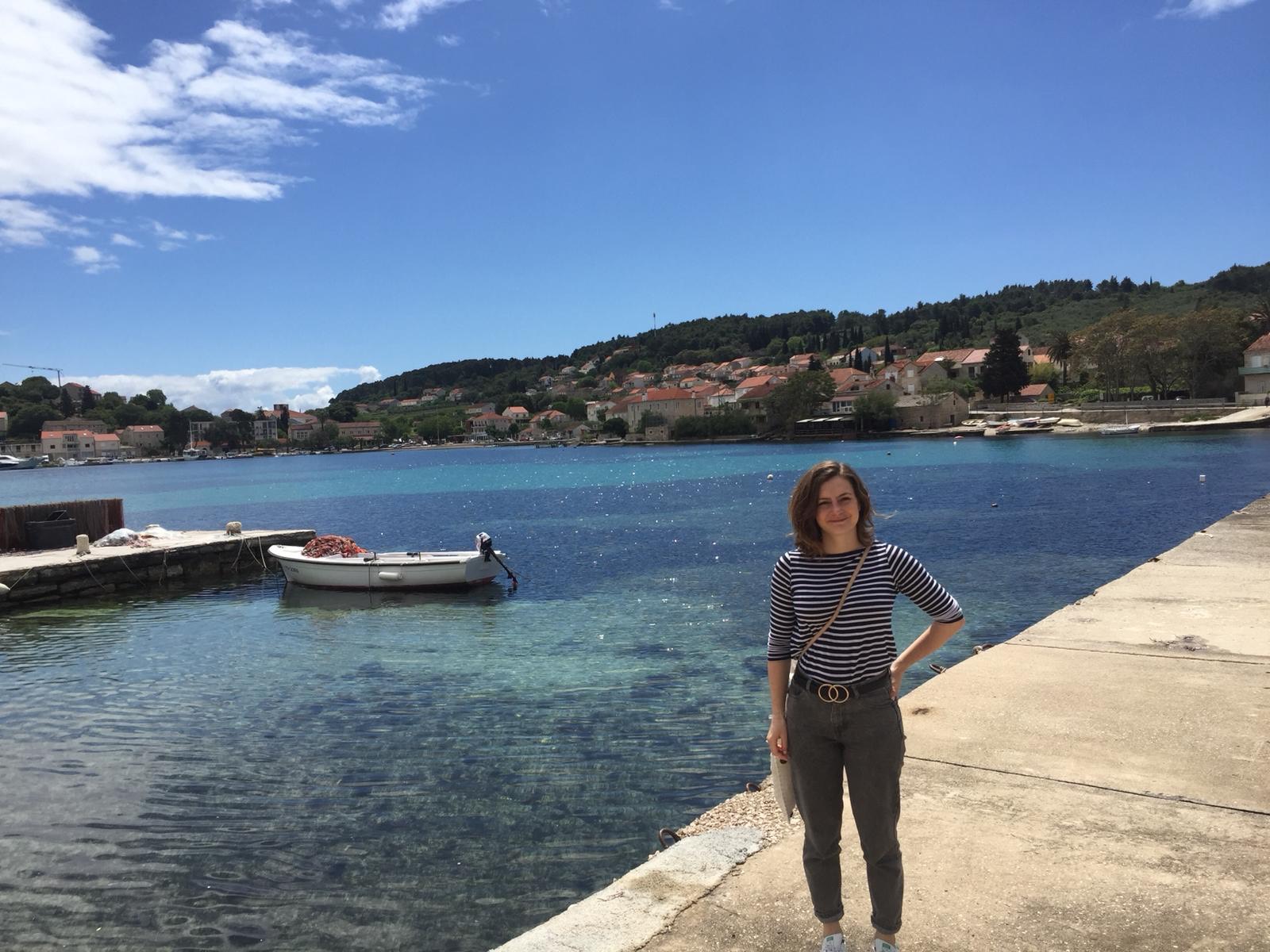