And Beverley Turner, 45, claimed her auburn locks had never been silkier since washing her hair in urine. Sick of her own split ends, mum-of-one Nilufer Atik, 43, from Surrey, decided to try it too – with mixed results.

Her colleagues thought her hair was shinier than ever but she was paranoid she smelt like her son's early morning nappy.

Here, she shares her week of washing with wee…

Once upon a time, I had wonderful hair. Long, thick and lustrous, I only needed to wash it three times a week, never used conditioner, and had so few split ends that a trip to the hairdressers was saved as a birthday treat. But then I got older, and everything changed. 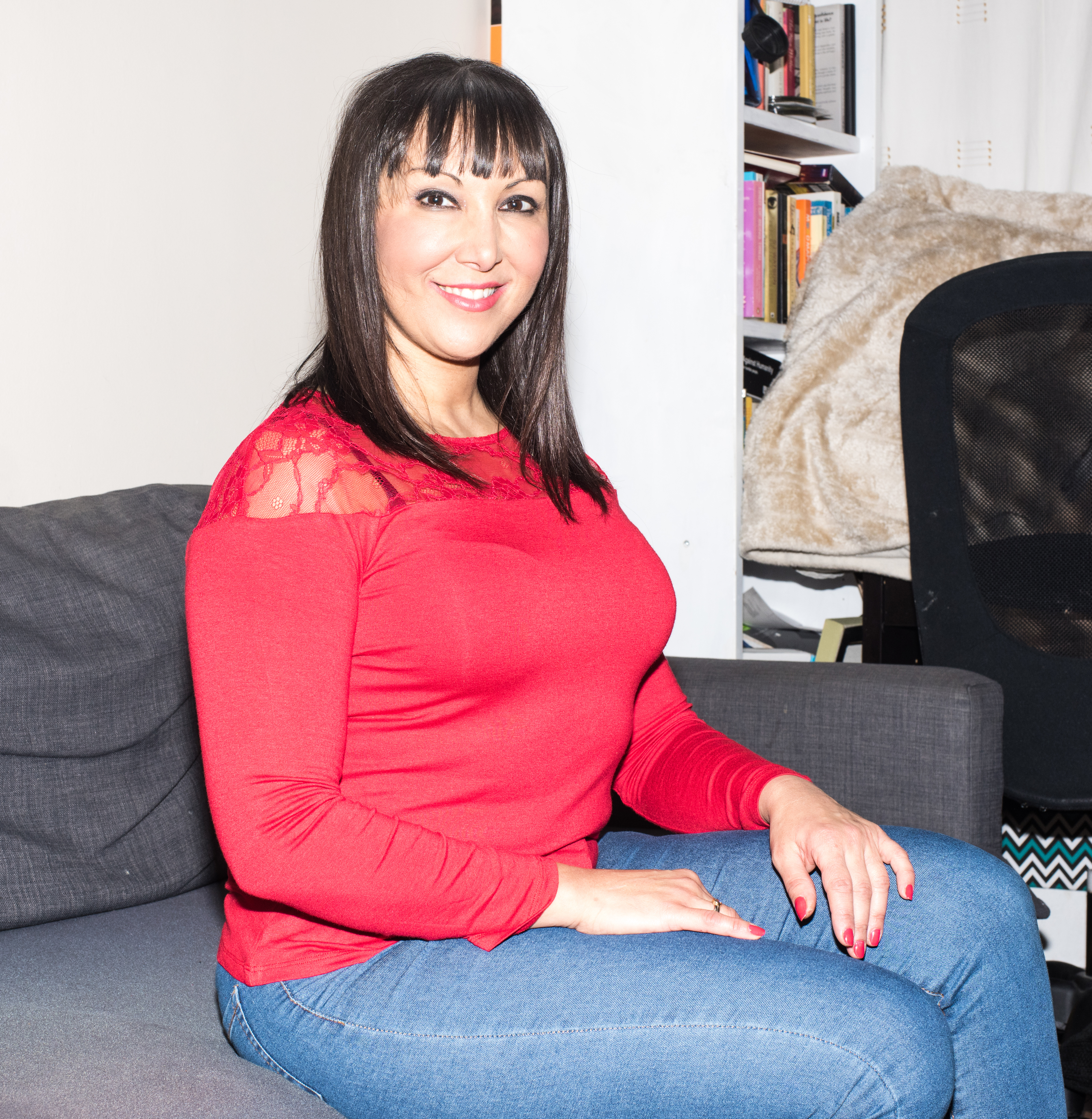 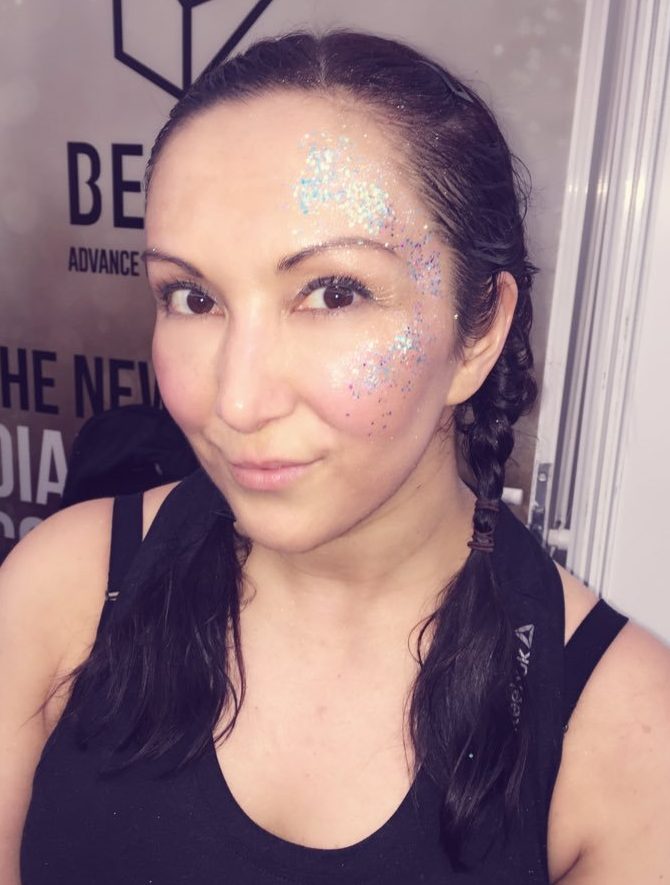 My hair gradually transformed from a glossy, dark, thick mane into a thin, wispy sheath that never grew past my shoulder blades and barely framed my face.

By the time I hit my 40s, my hair was so flat, fragile and lifeless that I even gave up wearing it down.

I'd have to wash it daily, then blow dry it upside down in the mornings to give it just a centimetre of body. Even then, by lunchtime it would be flat again.

I tried all sorts of volumising, thickening and nurturing shampoos, spending up to £30 on one bottle alone. 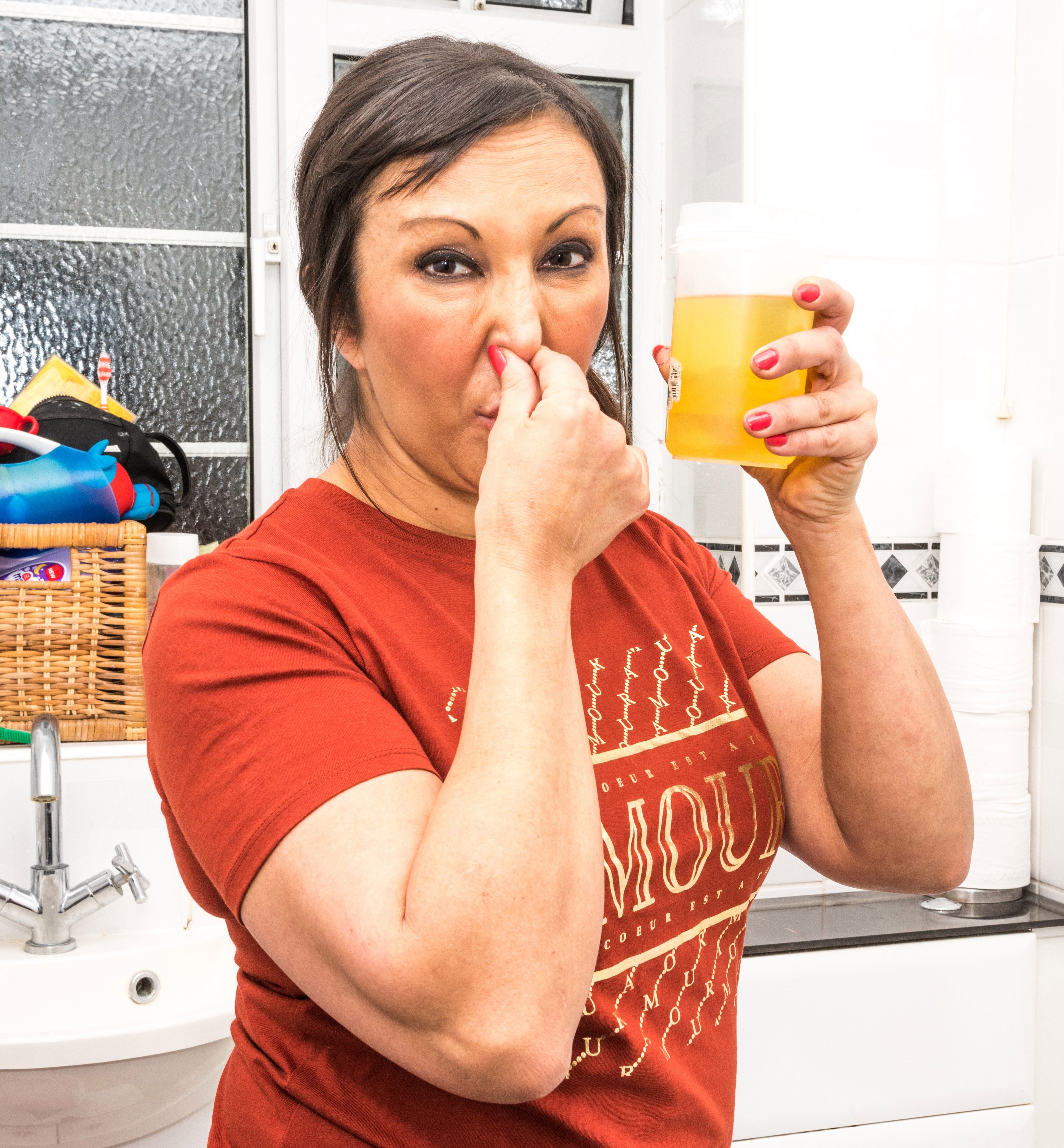 But nothing worked. Then, just when I was about to consider the possibility of having extensions done, I spotted something very interesting in the news a couple of weeks back.

James Cracknell's wife had a secret.

Beverley Turner, the glamorous journalist and other half of one of Britain's most celebrated Olympic athletes, likes to wash her hair in her own urine.

Apparently the 45-year-old mum-of-three was inspired to abandon shampoo for golden showers after seeing the 'amazing locks' of a contestant called Miriam on Ben Fogle's new reality TV show, New Lives in the Wild.

Does washing your hair with wee really work?

Jay, talking to Fabulous Digital, said there was no evidence washing in wee did anything.

He said you'd be better of with a decent shampoo.

"I would definitely advise against using urine to wash your hair, in my opinion there is nothing to promise that this would positively impact your hairs health or appearance and there are so many amazing shampoo’s available," he said.

"Instead I would recommend using a high-quality shampoo.

"If your hair is damaged and dry then you can also use a nourishing mask once per week to repair this and restore your hair to it’s best condition."

But a Telegraph article claimed wee washing could help. "The benefits of urine on hair are backed by science," it said, quoting Beverley Turner.

"Massaging the scalp with it has been shown to rejuvenate follicles, treating hair loss by stimulating growth.

"It’s an antiseptic, which can help cure a number of scalp problems including infections, itchiness and dandruff. It contains ammonia, one of the best naturally occurring cleaning agents on the planet."

"[It's] sterile, antimicrobial and has anti-inflammatory properties," he said.

In keeping with the nomadic lifestyle she'd lived for the last twelve years, Miriam was seen washing her hair in her own urine, which she'd leave on for 20 minutes before rinsing it away.

After trying it herself, Beverly had put a post up on Twitter saying: "I can testify that washing your hair in p*** works!"

Not one to shy away from a new trend, no matter how revolting, I decided to give it a go too.

The first obstacle was finding a container to store my pee in. 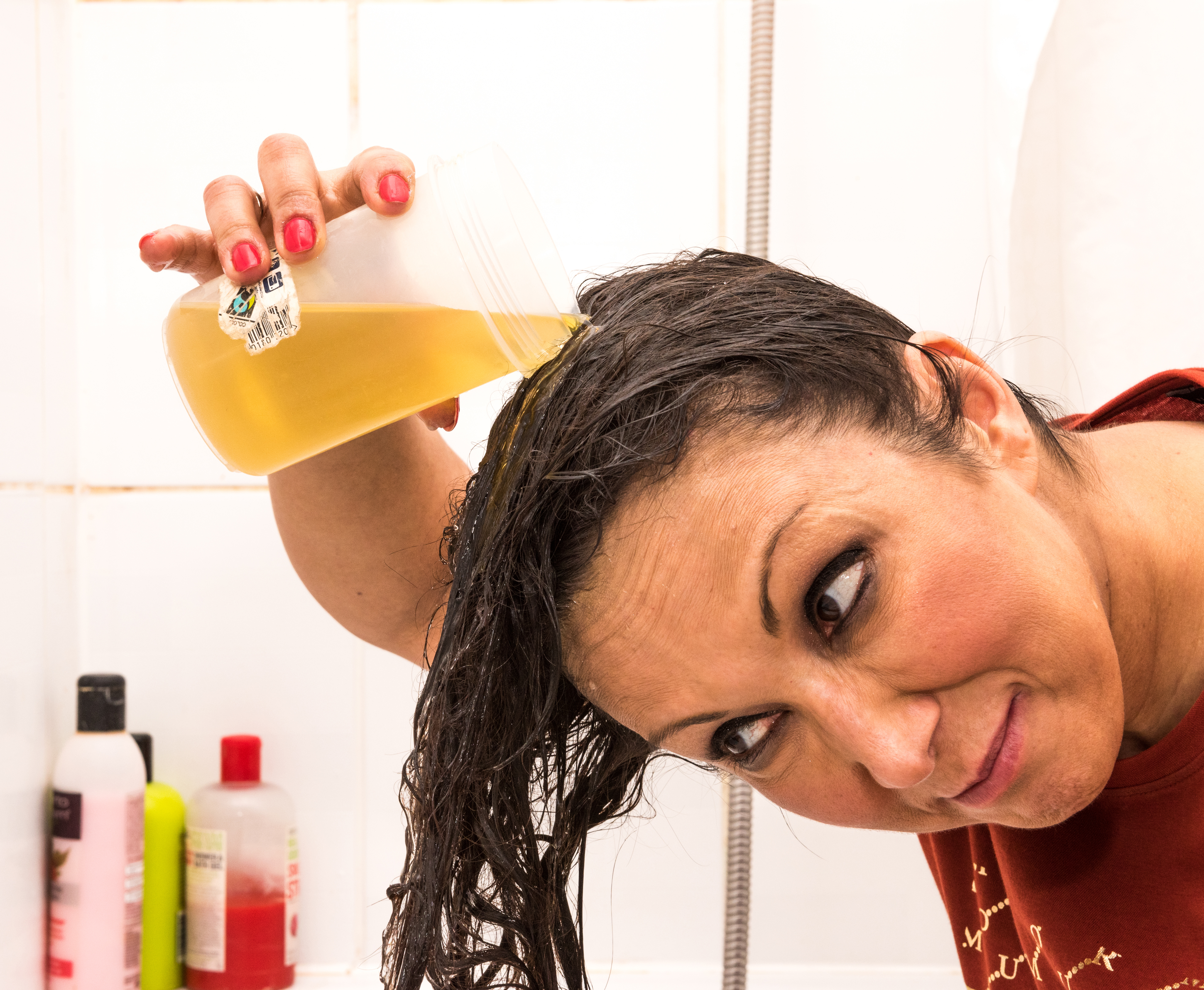 With only an empty wine bottle and a Peppa Pig yogurt pot available in the recycling bin, I opted for an old Tupperware container instead. I could always throw it away or soak it in bleach afterwards.

Then came the task of getting my pee into the container.

I decided that holding it under me as I crouched over the toilet would be the easiest way. However, my usually robust morning wee produced only half a mug's worth of fluid.

And due to the wine and curry I'd indulged in the previous night, it wasn't a healthy looking light yellow but rather dark. It smelt a little of Chicken Jalfrezi too. God, did I really want to be doing this? 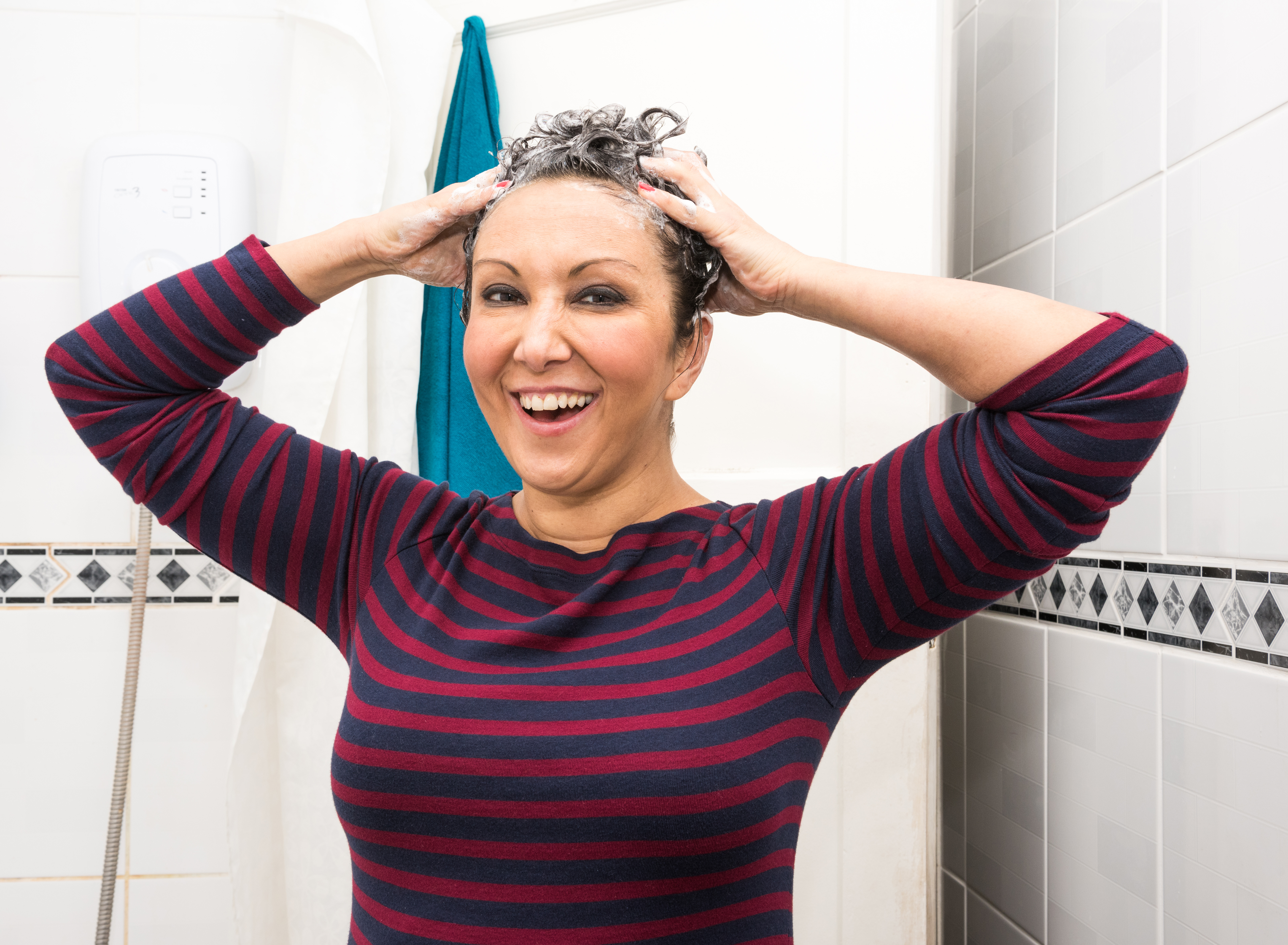 But after drinking some water and peeing out a second, clearer batch that afternoon, I bent over the bathtub with the shower nozzle in one hand, wet my head, squeezed out the excess water, and began to pour.

According to beauty experts, the best way to benefit from a wee-wash is to massage the urine into your scalp, leave it on for twenty minutes, then rinse it out. Easier said than done.

Unlike shampoo, which foams nicely then sits obediently on your head until you're ready to wash it off, wee runs everywhere.

Unlike shampoo, which foams nicely then sits obediently on your head until you're ready to wash it off, wee runs everywhere

It ran down the back of my neck, into my ears, even into my eyes at one point (which stung like hell).

By the time 20 minutes had passed I was literally covered in the stuff and desperate for a bath. Thank Domestos we had a wipe-clean floor.

And, contrary to some claims that it doesn't smell once it's been rinsed out, my hair had the faint aroma of my two-year-old's 7am nappy for several hours afterwards.

It was however, much softer. Easier to brush and blow dry, it took me half the time to style. Not only that, but when I woke the next morning, the usual greasy roots and dry ends were gone. Instead my hair was shiny and, dare I say, a little thicker looking. 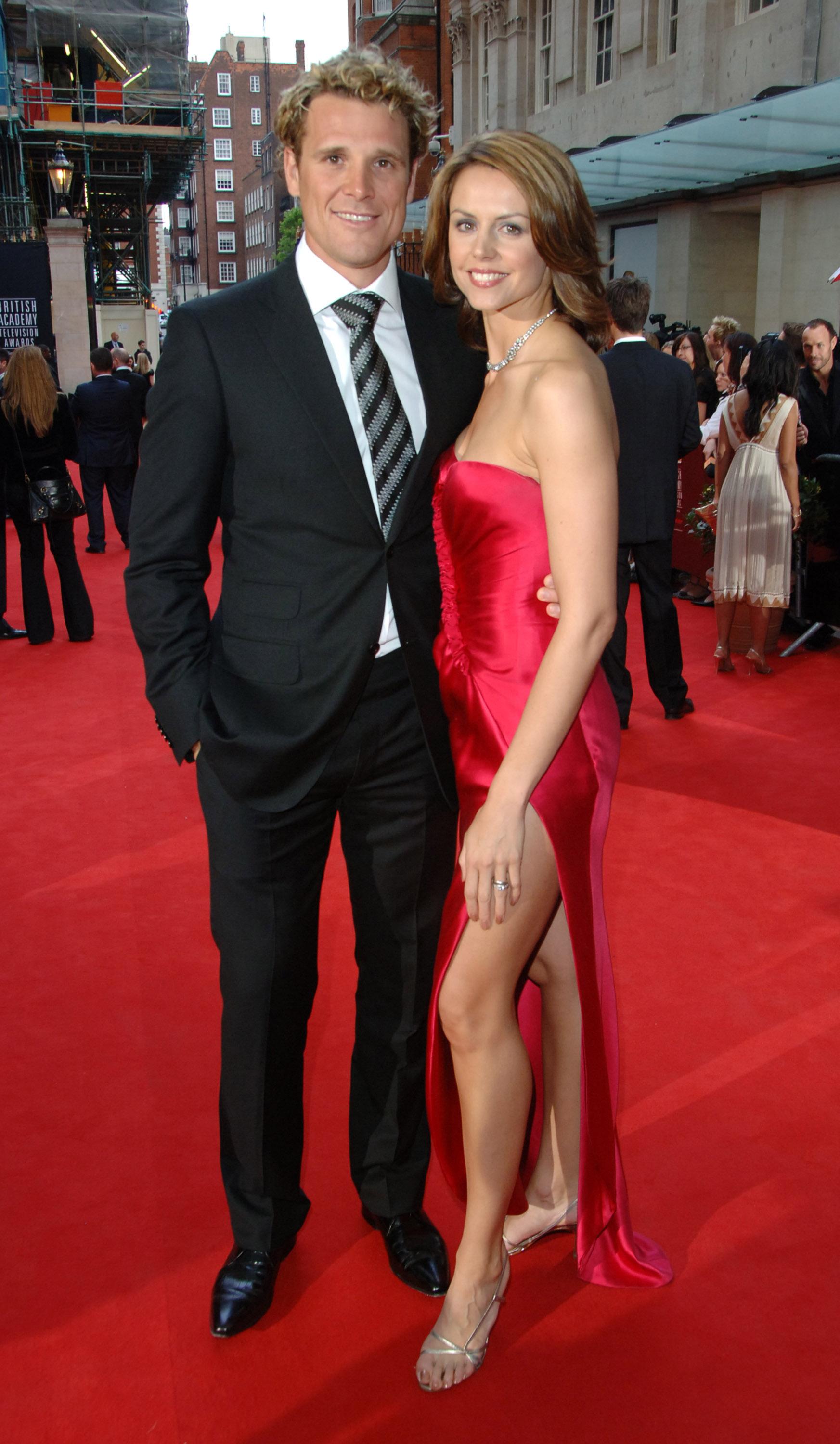 ‘Oooh, had your hair done?' my colleagues marvelled when I arrived at the office for work.

I told them I'd just washed it – deciding it was probably best not to add that I'd done so in my own waste.

I tried my tinkle tactic twice more and yes, I admit that my hair did feel the benefits.

It looked noticeably healthier and bouncier and, had I been living a nomadic lifestyle in the middle of nowhere with no supermarkets nearby, I'd probably have kept it up.

But I just couldn't cope with the 'icky' feeling of knowing I had urine residue on my scalp.

Plus my other half, Matt, kept asking why my pillow smelled of stale beer. Thankfully, it now smells of lemon and verbena once again.

There's also a growing movement of women ditching the shampoo for good – and washing their locks in water, because products supposedly strip your natural oils away.

We asked a writer to try the hack for three whole weeks, and she was amazed by the results.

Meanwhile, this yoga teacher drinks her PEE every morning… and has some pretty wild claims about its benefits.