A 'WITCH' claims she was able to help her friend find the love of her life after casting a spell.

Here, Avalon Moss, 70, from Herne, Kent, reveals how she discover her magical abilities. 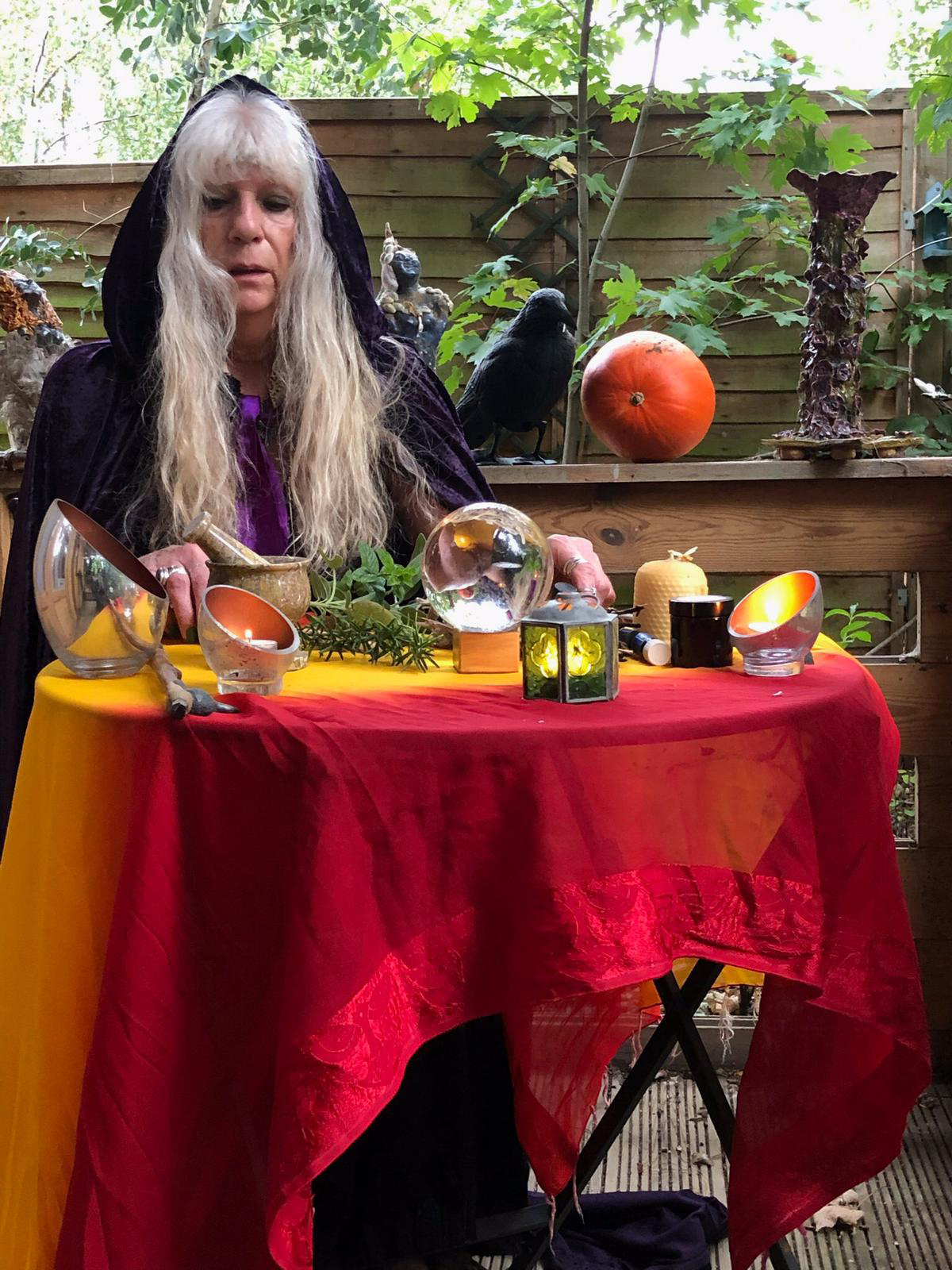 “Wearing a black cloak and a crown of daisies, I took my place in the circle, joining hands with the witch next to me.

“As the moon shone down in the garden, the nine of us sang and rang bells, then, one by one, we stepped forward and gave thanks to those who’d passed away. It was the evening of Samhain – known to most as Halloween – and we were honouring the spirits.

“As a child, growing up in London in the ’60s, I knew I was different from others and always believed in magic. I had a very normal life in my 20s. I married and divorced twice, and had two beautiful daughters, now aged 37 and 43.

“In 1987 we moved to Herne, where I worked as a school secretary. I’d previously made pottery in my spare time and in 1991 I had the idea to make clay witches as I’d always felt close to the magical world.

“I went into a local shop that stocked wands and crystals to ask if they’d like to sell my witches, and I got chatting to the owner. She revealed she followed the Wicca religion, also known as pagan witchcraft.

“She told me she believed in magic and practised rituals and spells that gave thanks to the earth, and offered to teach me more about it. Curious, I went along to one of her workshops and began reading up on Wicca. 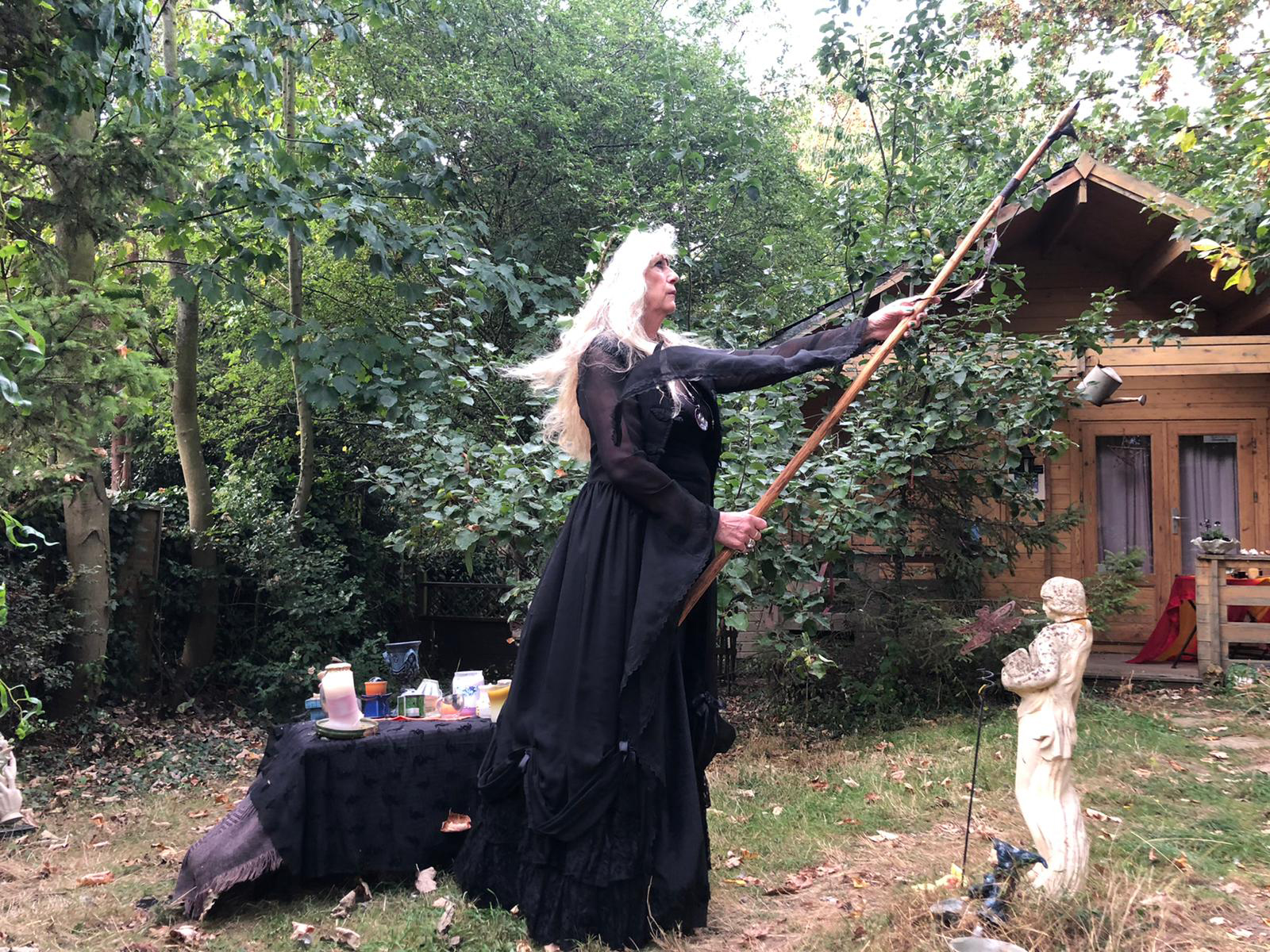 “Later that year, dressed in a cloak, I was initiated as a witch in a special ceremony. I also gave up my birth name of Denise, taking on the name Avolon, which I chose with my witch mentor.

“I began making lots of other Wiccan friends in the local community, as well as growing herbs for spells and reading books on how to cast them. I made a cloak, whittled some twisted willow to create a wand, and made an ivy crown for rituals, along with altars in my garden and living room. My kids, who were then nine and 15, loved it, and were never embarrassed.

“I’d wear my cloak at home, but not out and about. Every morning, I lit a candle in my garden to honour those who’d passed away, then I headed off to my job at school, never mentioning my beliefs to colleagues in case they didn’t understand.

“People in my neighbourhood knew about my interests because I’d hold rituals at my home, which other Wiccans would come along to
dressed in their hoods.

“We’d gather in my back garden in a circle to sing, give thanks to nature and burn negative thoughts in fires. I knew it looked strange to my neighbours, but they seemed to accept it.

“Sometimes, children shouted: ‘She’s a witch!’ as I walked past, but it just made me smile. 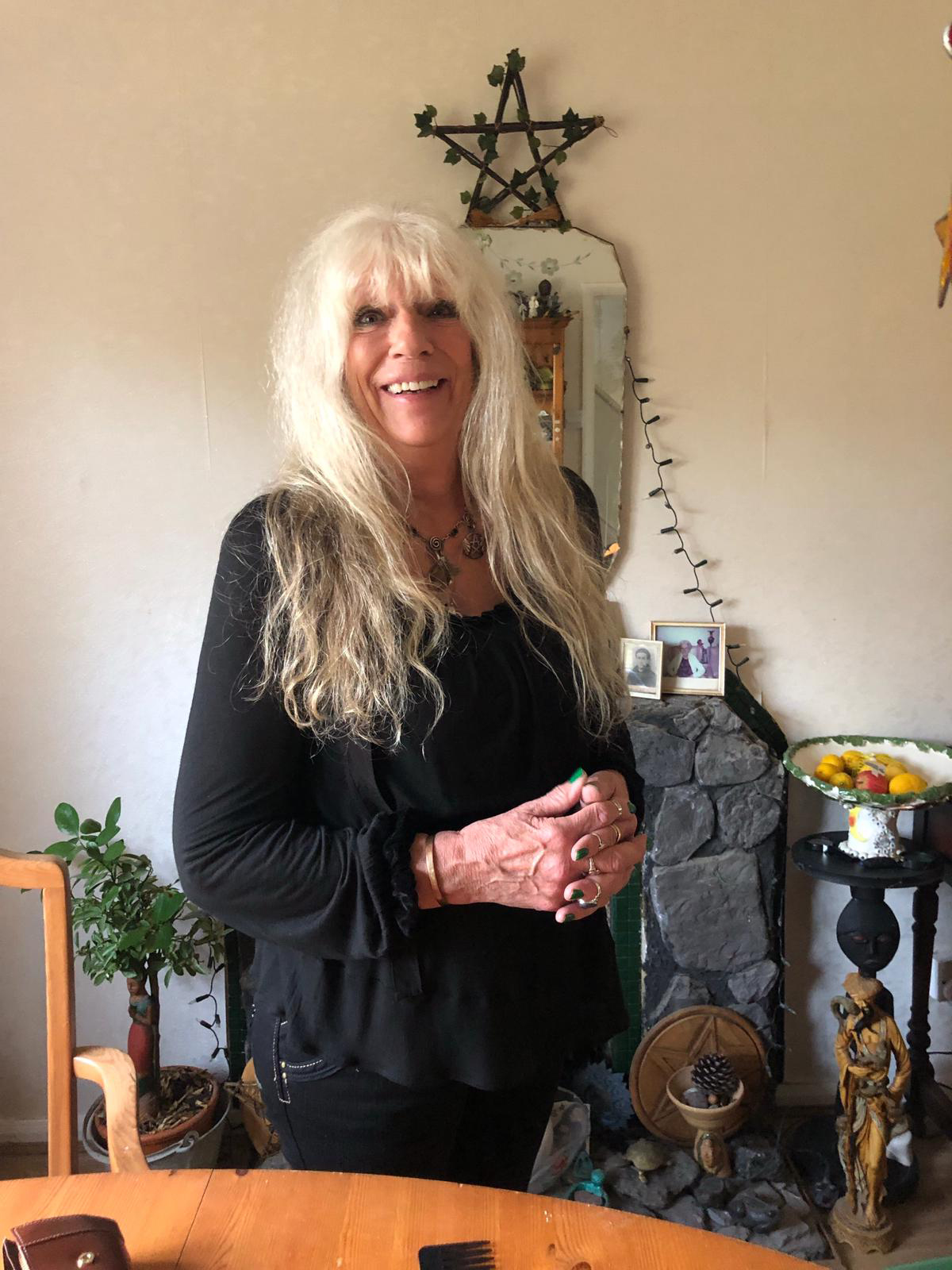 “As I’ve now passed my ‘maiden’ and ‘mother’ years and am classed as a ‘crone’ or ‘wise woman’, I no longer hold group Wiccan rituals – only solitary ones – but still spend evenings writing spells for friends in need that involve the five Wiccan elements: earth, air, fire, water and spirit. Though some witches sell their spells online, I prefer to help others for free.

“In 2012, a friend mentioned that he wanted to sell his house. I gave him herbs to hang around his home and told him to place money under his doormat. Shortly afterwards, he messaged to tell me the house had sold. And last year, a single friend requested a love spell.

“I gave her a red candle to light and wrote a rhyme for her to recite while she looked up at the moon. Just weeks later, after being alone for several years, she met the love of her life online.

“My spells are always for good, and I consider myself a white witch, focusing only on positivity and gratitude. I’d never do a love spell for my own ends as I prefer to get my magic from rituals – I just do them for others.

“As the years have passed and my spiritual beliefs have grown, I’ve also studied numerology and astrology, reading palms and tarot cards and predicting people’s future through clairvoyance.

“As far as I am concerned, everybody has magic within them – you just have to tune into it.”

The Wicca religion is thought to have originated in the 20th century and grew in popularity in
the 1950s.