A DEVASTATED mum has described the heartache of the first funeral she ever attended being for her own baby daughter.

Jade Smith had been over-the-moon to learn she was pregnant after watching her friends doing 'mummy stuff' together. 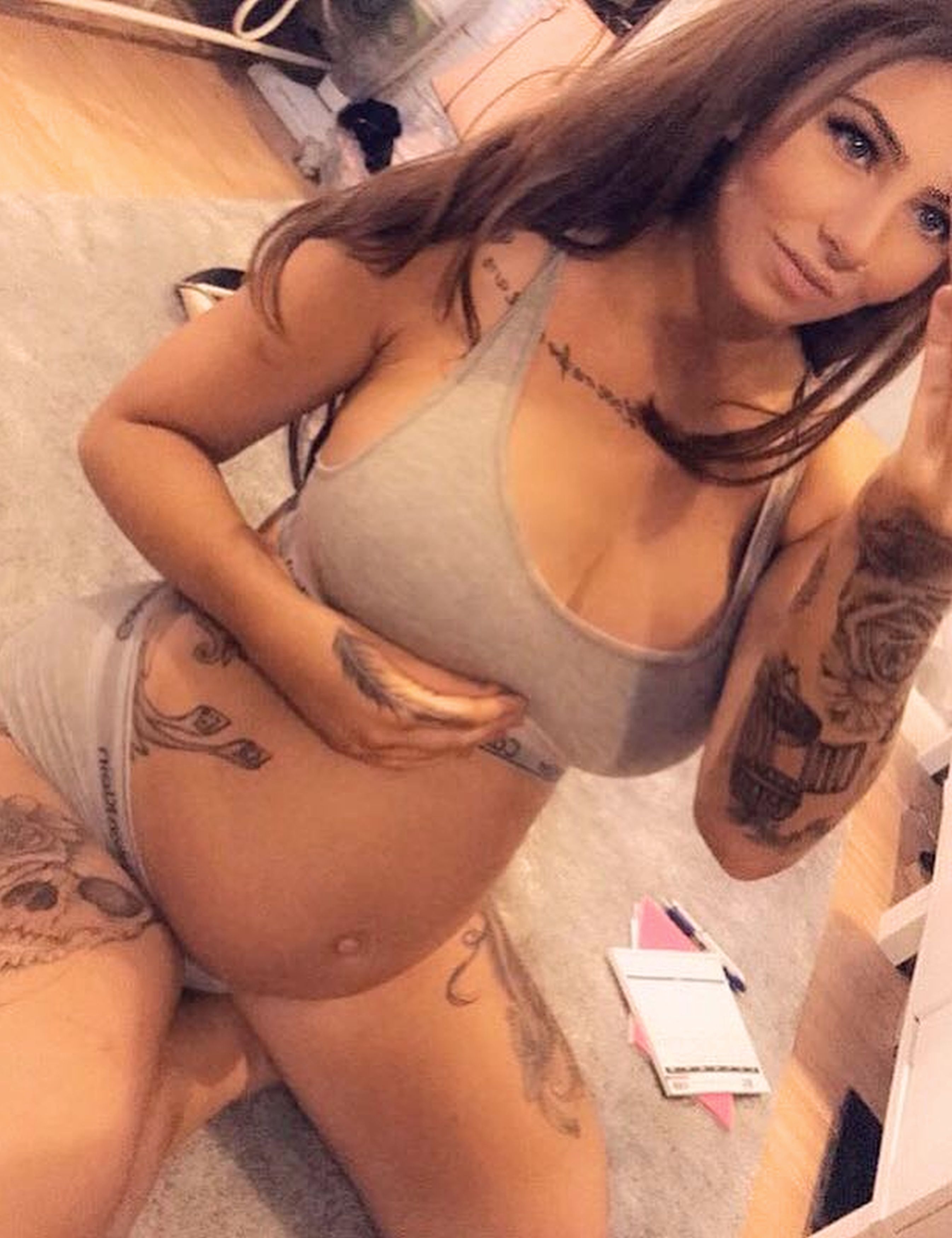 The first six months of her pregnancy passed relatively smoothly but at 28 weeks Jade started to notice reduced movements.

Despite mentioning it at a gestational diabetes appointment at St George's Hospital in London, doctors claimed the little one was 'thriving'.

But the 25-year-old's life 'completely changed' forever as her routine 36-week scan ended with the devastating news her baby girl Darcie-Rose had passed away.

Heartbroken by the loss of her daughter, Jade says she was then left on a labour ward to process what had happened – while mothers and their new babies surrounded her. 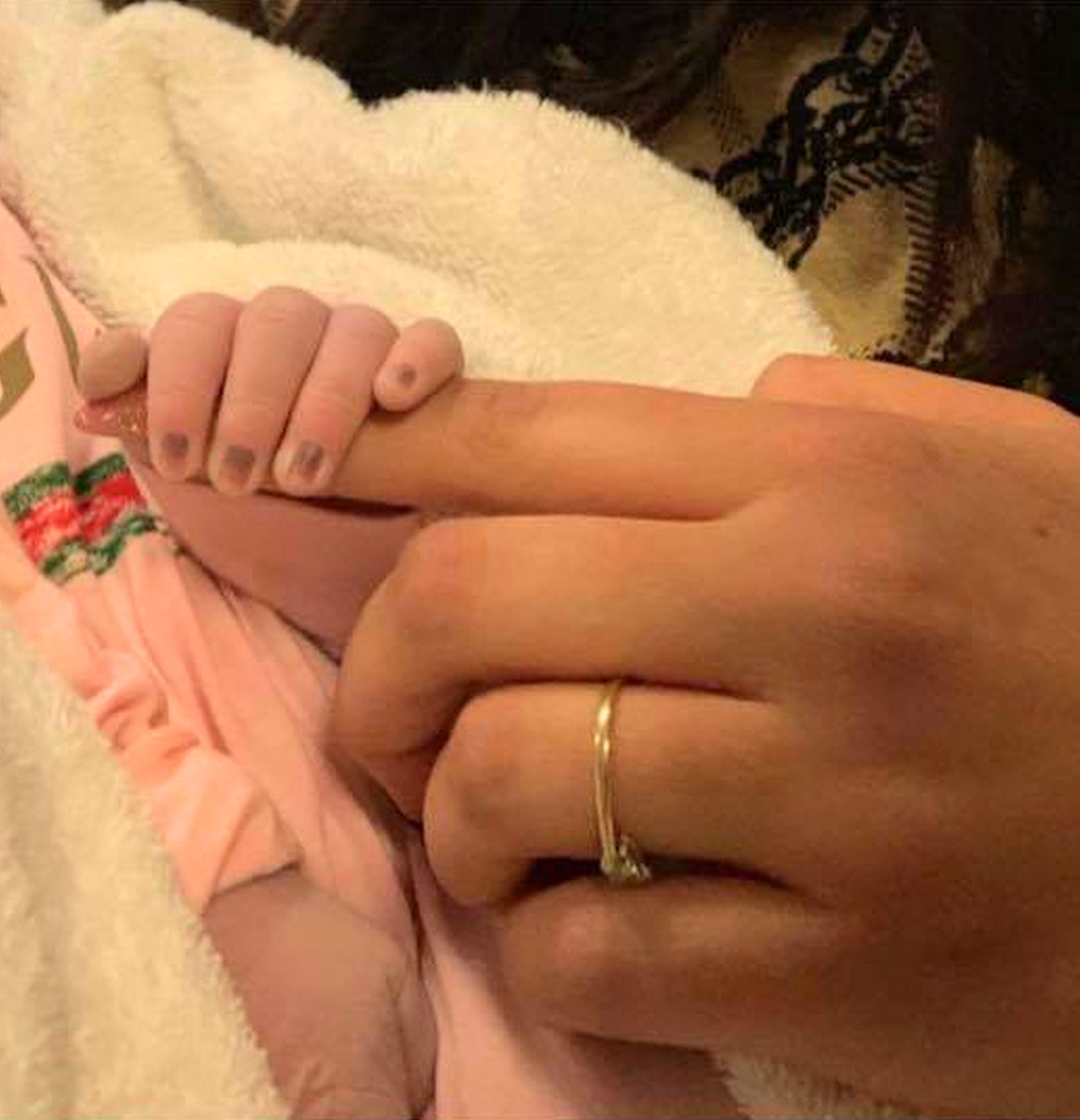 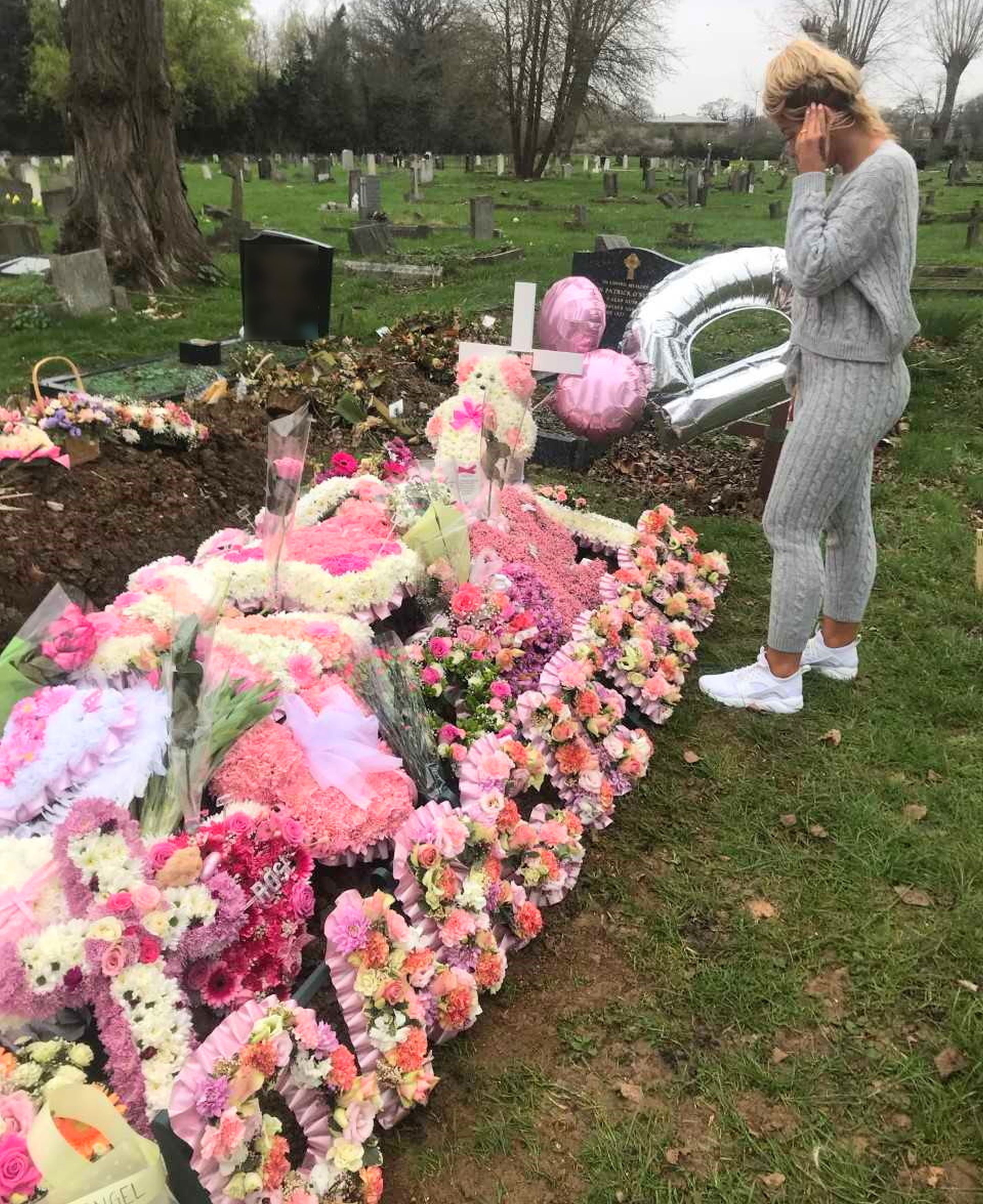 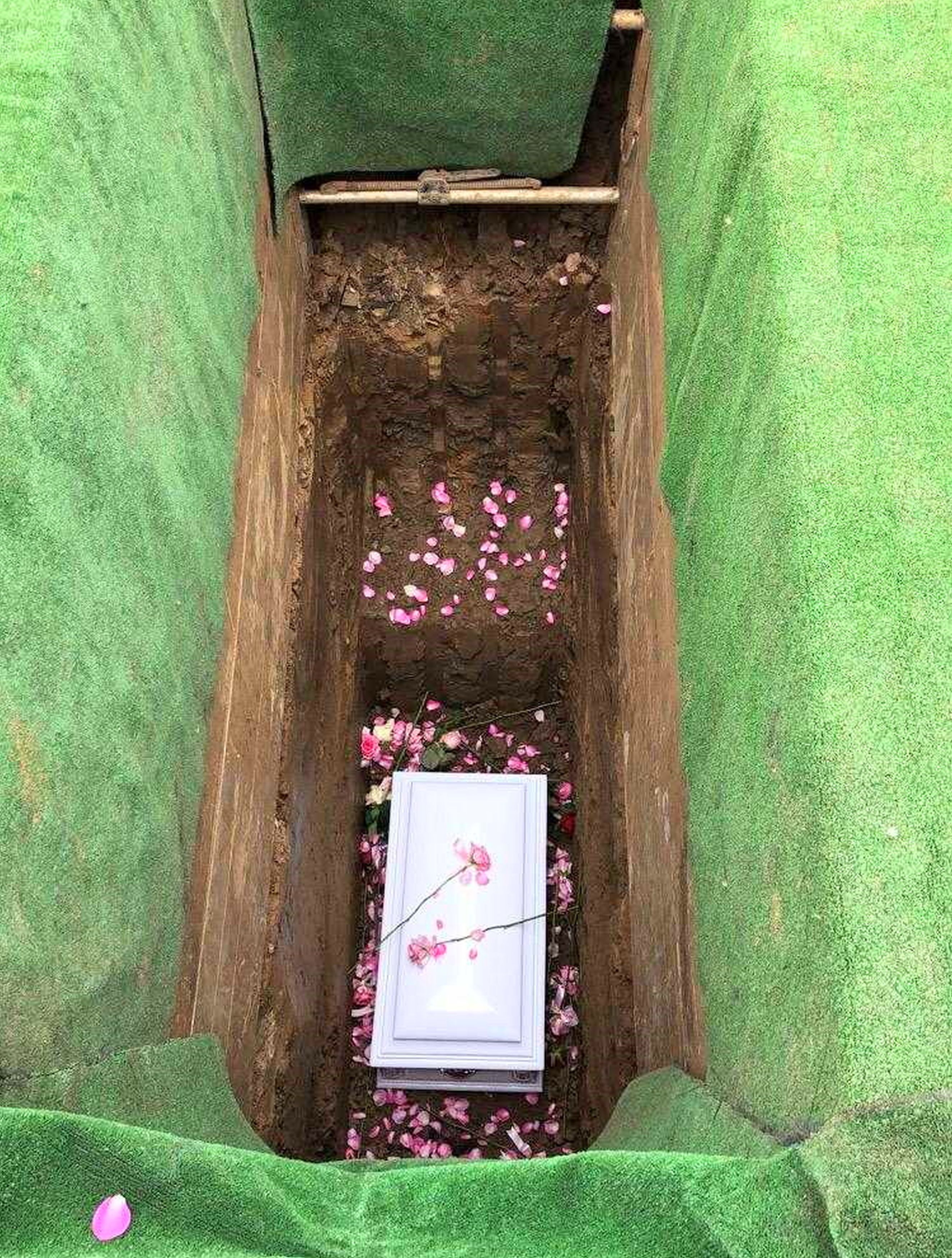 Jade had never had to go to a funeral before and faced the unimaginable experience of her first one being for her own daughter.

Now she finally feels ready to speak out and raise awareness about the dangers of reduced foetal movement and is calling on it to be treated more seriously.

Jade, from Raynes Park, London, said: "The midwife looked at me and just said 'your baby's gone'.

"My mum was screaming and had a breakdown. I didn't understand.

"I was pushing my belly expecting her to move – she'd been moving that morning.

"[After I gave birth to her and] she was placed in my arms, it was the worst feeling in the world. 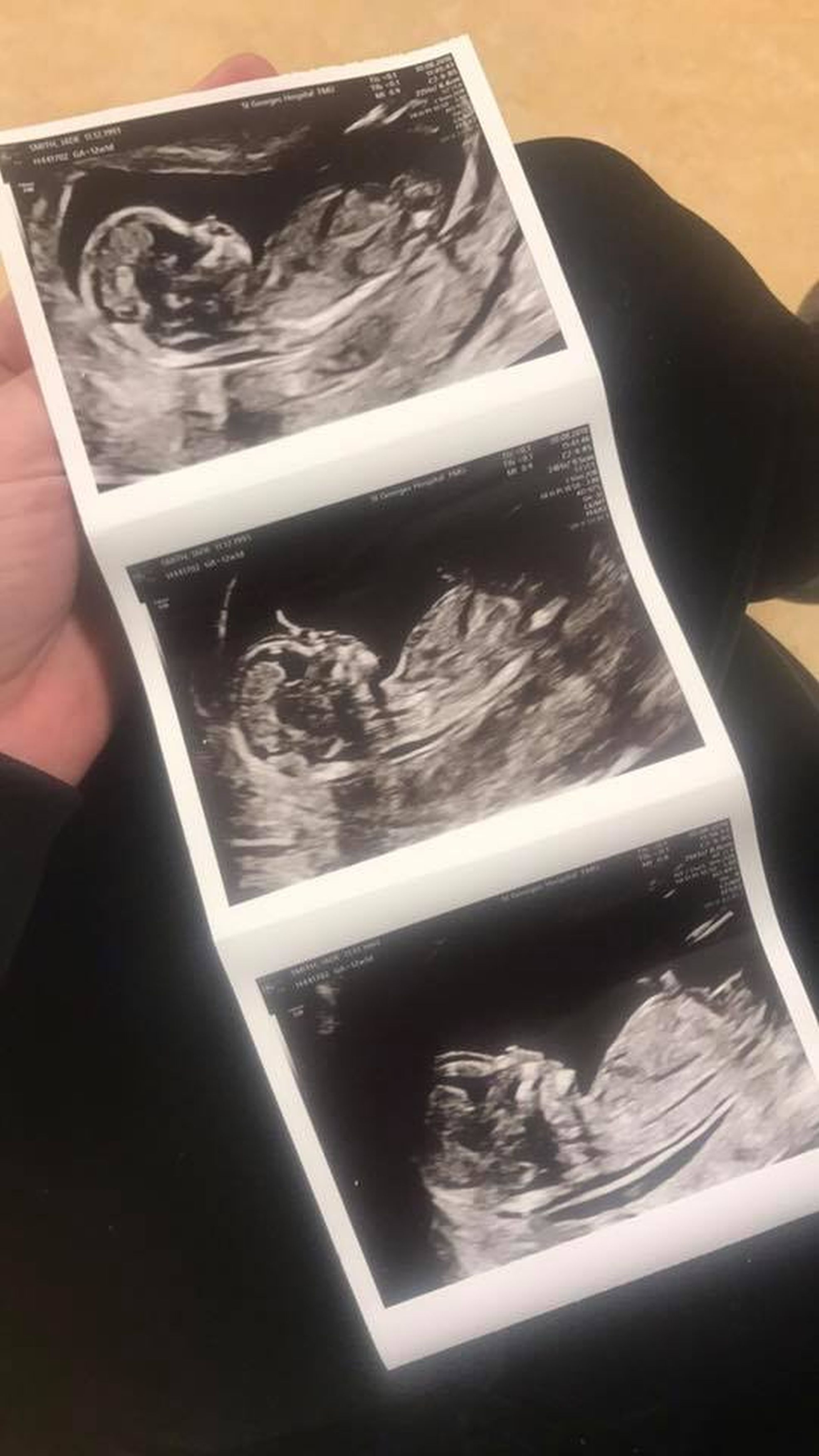 "Darcie-Rose's was the first funeral I'd ever been to and for that to be my daughter, my first-born, it was very tough.

"The funeral was very soon after she was born. I was in shock the whole time. I remember speaking to the post-natal nurse after the funeral and explaining that I don't remember a lot.

"Losing her has completely changed my life."

When Jade looked at her positive pregnancy test last year she was “over the moon”, after watching her friends enjoy time with their own little ones.

Jade said: "When I found out I was pregnant, I was over the moon. All my friends have kids and I'm the only one who doesn't have a child. 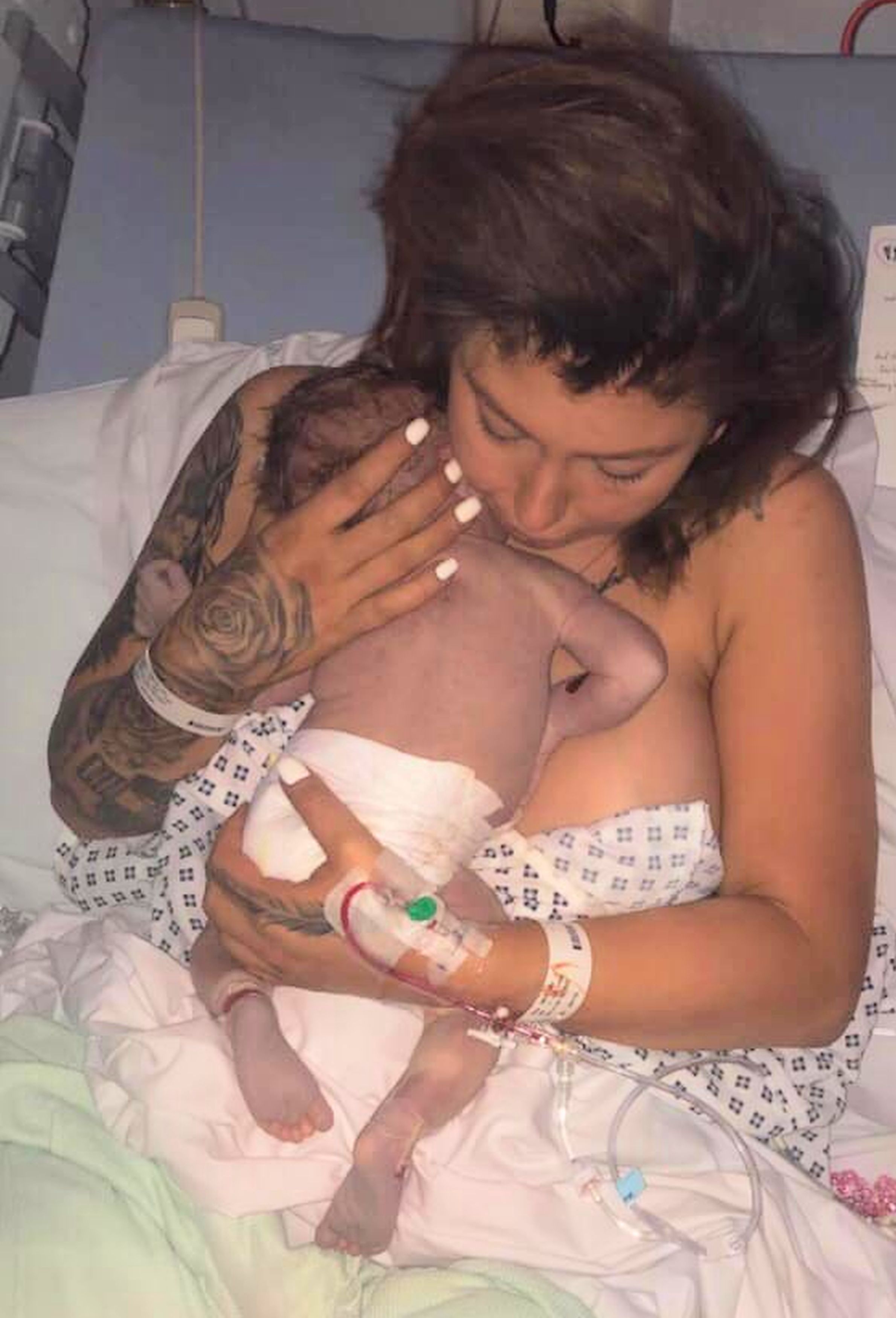 "I was so excited to join in with all the mummy stuff."

Jade had voiced her concerns at a medical appointment after noticing the foetus hadn't been moving as often.

On the morning before she received the bad news, she had even filmed a video of little Darcie-Rose kicking away at her belly.

More than five months after little Darcie-Rose died, Jade claims she still has no idea what happened within those 24 hours.

Jade said: "I went in at 36 weeks to have a scan done because she was measuring big. They said she was thriving and there was nothing to worry about.

"I'd been diagnosed with gestational diabetes and after 36 weeks, I had to do blood tests every single day but they weren't high at all.

"On the Wednesday [before she died], I went in so they could check my results from the blood tests and I said she was moving, but not as much.

"I was given a scan and they tried to send me home, but I said I'd had enough and wanted her out because I was worried.

"I kept saying to them 'isn't it better to take her out now?' They just keep repeating that they had no concerns at all, but they booked me in for an induction two days later.

"The next day [Thursday, February 29], I went for a midwife appointment. She put the heartbeat monitor on and there was no heartbeat at all.

"They rushed me to the hospital to repeat the test, but again there was no heartbeat. I was so confused. I'd been told she was well just the day before." 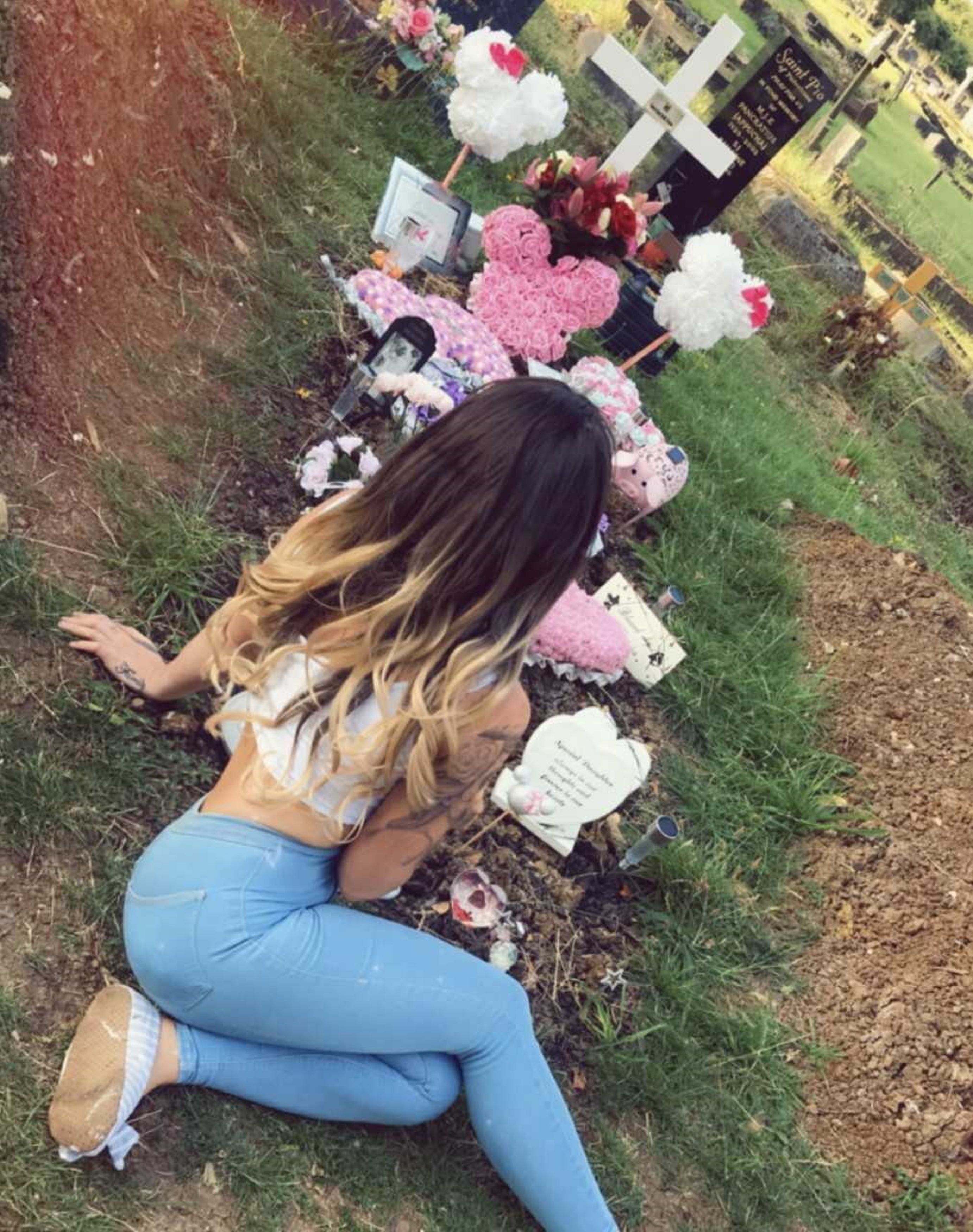 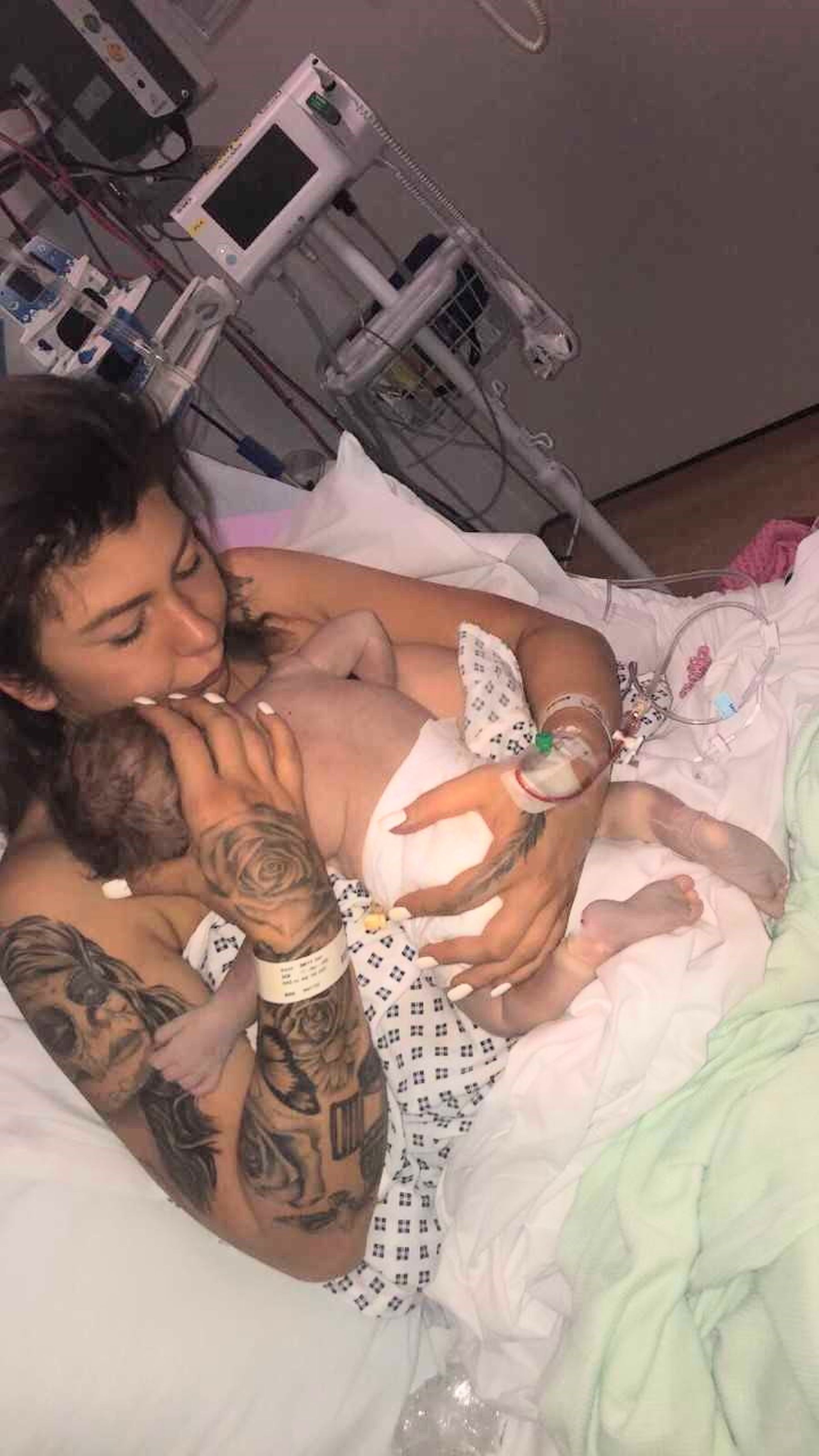 After doctors tried to give her a pill to induce labour at home, Jade was eventually booked in for a c-section the next day [Friday, March 1].

One of the first times little Darcie-Rose was placed in her arms, she was in a bed on a labour ward, surrounded by the cries of newborn babies.

Jade said: "They put me on a labour ward with all the other babies and parents. I don't think that's right.

"When I went in for her [post mortem] results, I said to them they need to build something else [a new room] for parents who lose babies.

"The last thing they need is to be going through that then new babies coming in and out.

"They didn't explain anything to me. They just said 'we're going to give you this pill now and send you home'. I couldn't do that, not with my first child.

"I didn't know what was going on and wasn't strong enough to go through it alone.

"I haven't had any answers. They can't even estimate what time she died.

"At the moment they are doing an investigation into everyone who saw me to decide why the induction wasn't brought forward. 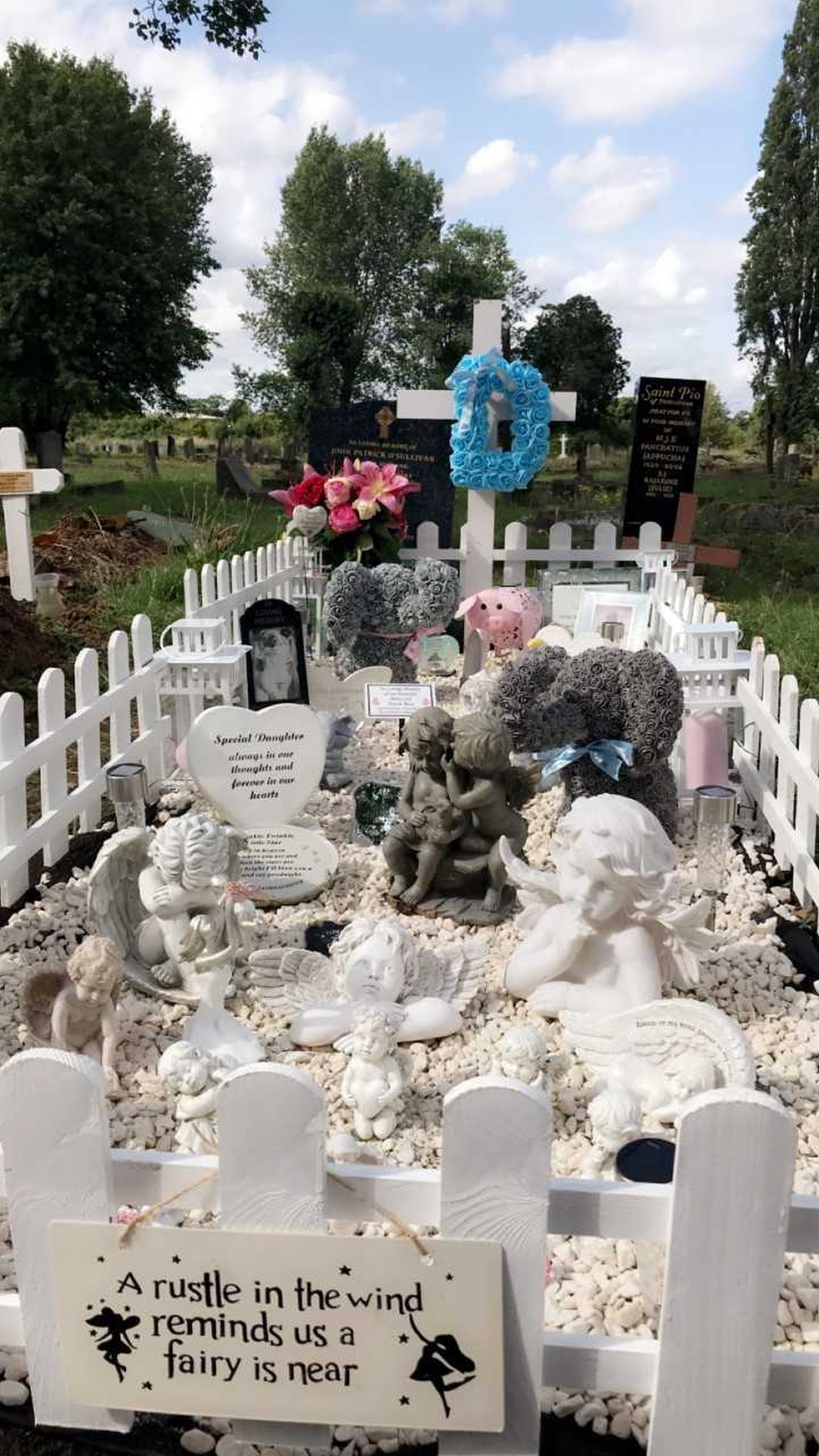 "If they'd taken the time to read my notes, she would still be here."

After her baby passed away, Jade claims she was in a numbing state of shock.

It wasn't until she was sending back Darcie-Rose's baby clothes and toys that the loss really hit her.

Jade said: "The worst thing for me [after she passed away] was leaving her at the hospital and not having anything to take home.

I don't want other people to go through what I've gone through. I want to make a change

As Jade and her family said their final goodbyes to Darcie-Rose at her funeral, they laid her to rest in a tiny white coffin and a grave surrounded by hundreds of flowers.

After slowly coming to terms with her terrible loss, Jade is hoping her story will help prevent others going through what she has.

Jade said: "I've had so many women messaging me [from all over the country] that they'd been treated the same as me. I've had around 50 messages. 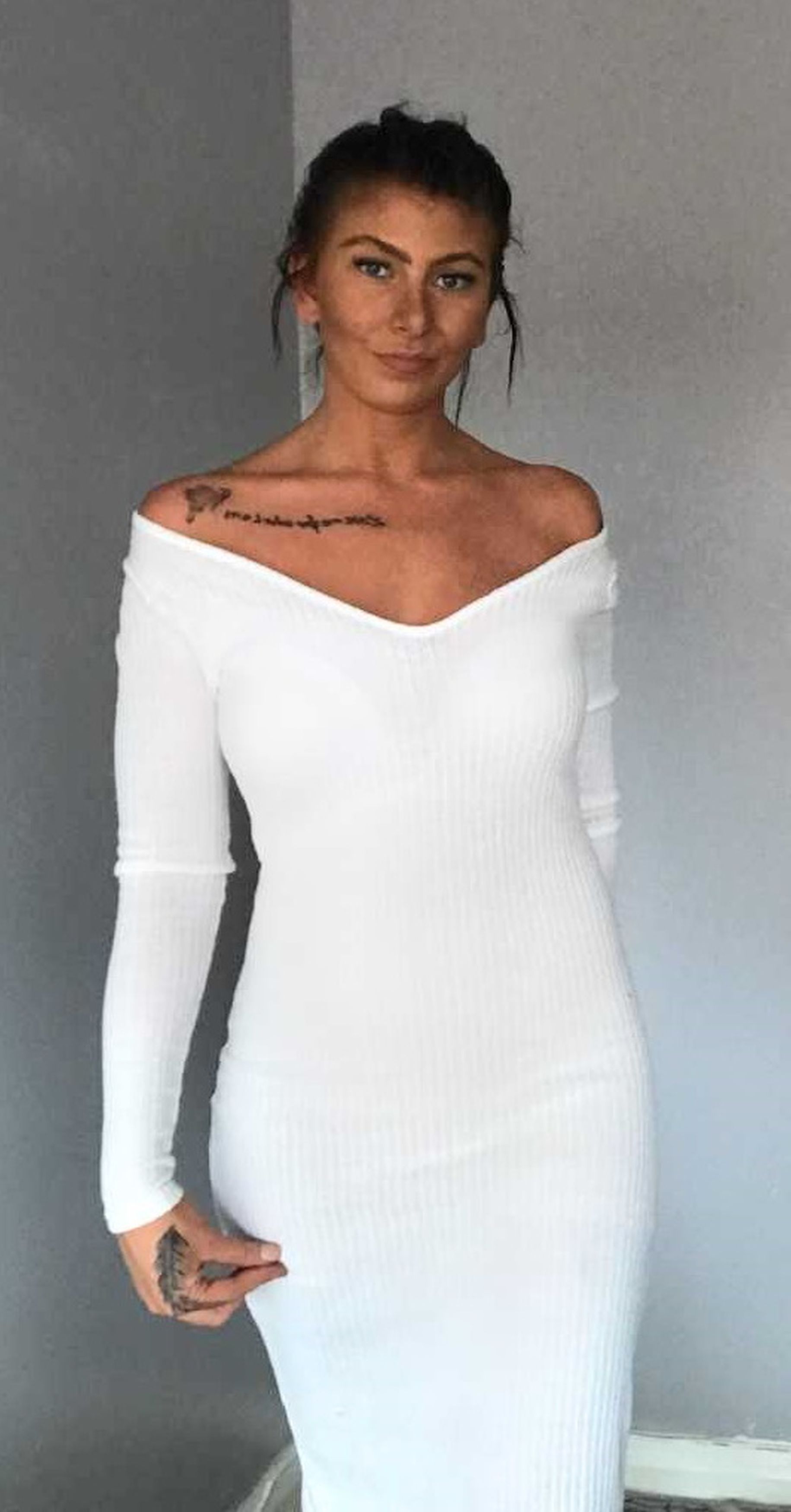 "I don't want other people to go through what I've gone through. I want to make a change.

"I make the rose bears now which have Darcie's Roses on there. I donate five to other mums and I'm planning to donate five to each hospital for other parents.

"I will also be donating £2 to SANDS for each bear I sell.

"I want to make mums more aware of the risks of reduced movement. It can happen.

"Mums need to go to the hospital and make sure they actually listen to you. Even though tests are coming back fine, they need to be monitored for the day and not sent home."

A spokesperson for St George's Hospital, London, said: “We wish to offer our sincere condolences to Jade and her family for the sad loss of their baby Darcie-Rose in March. Our deepest sympathy goes out to them.

“The Trust is conducting an internal investigation which is ongoing, and so we are unable to comment further at this time.”

A spokesperson for Sands, the stillbirth and neonatal death charity, said: "Sands has developed a Safer Pregnancy website that lets women know what they can do help themselves stay safe in pregnancy and signposts to evidence-based information about keeping healthy.

"The advice is if your baby's pattern of kicks and movements changes, contact your midwife or nearest maternity unit for immediate advice."

In other real life news, we told you how a man died of testicular cancer hours after collapsing – despite suffering no symptoms at all.

And a woman has revealed how she woke up with a stiff neck and hours later she was permanently paralysed.