SCOFFING on Greggs sausage rolls every day for two years, Catherine Hellyer's weight was spiralling out of control.

The 27-year-old had ballooned to nearly 17 stone after becoming completely addicted to pastries. 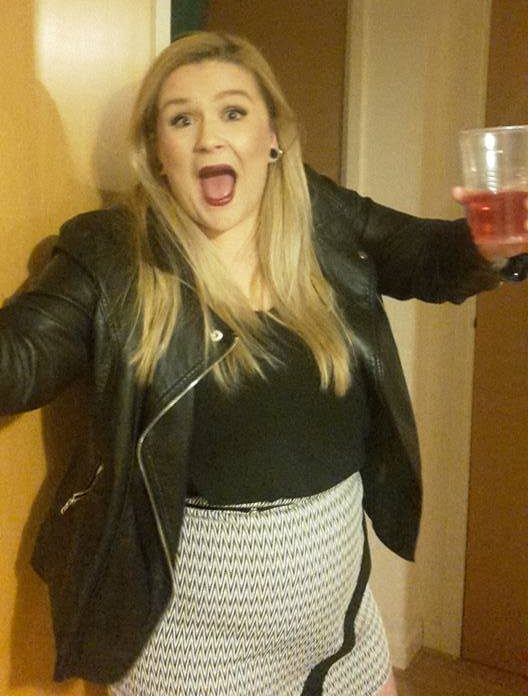 And Catherine had started refusing to leave the house, with her mood and confidence plummeting to an all-time low.

However, Catherine, from Nottingham, was given a much-needed wake-up call while out shopping for an outfit for a Christmas party – as she struggled to even squeeze into size 22 clothing.

Desperate to do something about her weight, she signed up to Slimming World and has since lost nearly seven stone – by ditching pastry for fakeaways.

Catherine is now happier than ever in her slim size eight, ten stone figure – and is hoping her weight loss story might inspire others to follow in her footsteps. 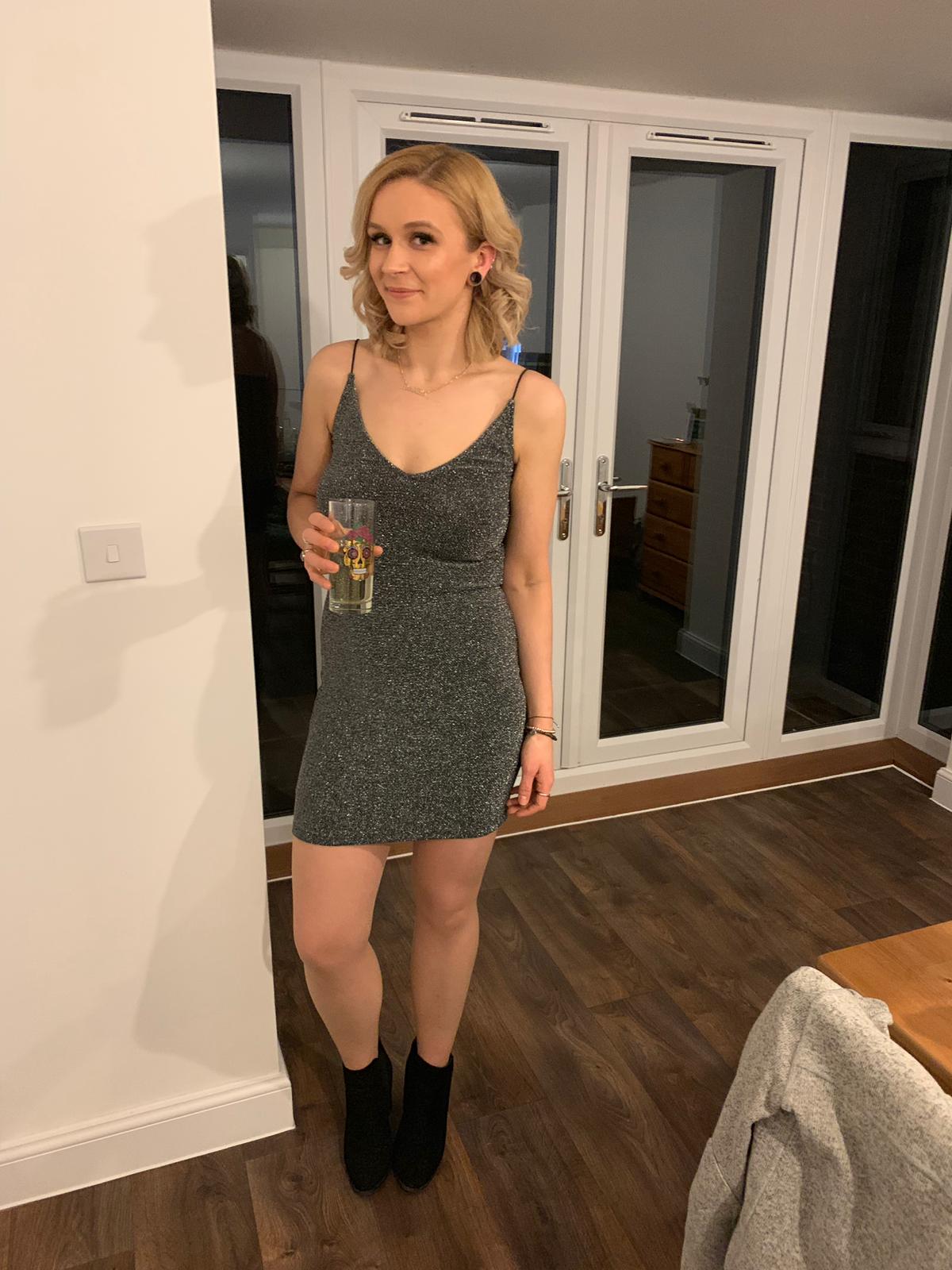 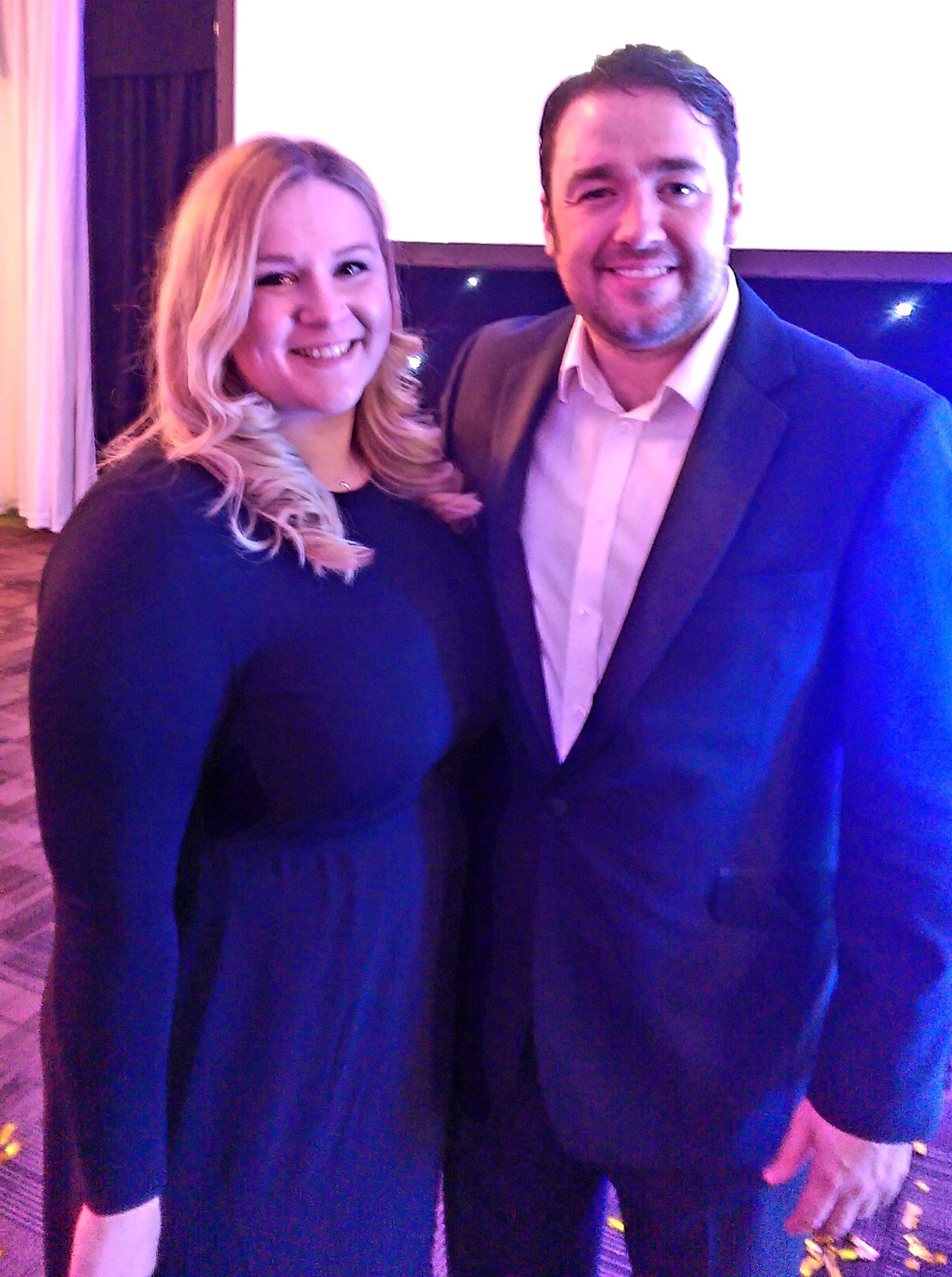 The retail manager admitted that she always struggled with her weight ever since she was young, and became a "secret eater" at university.

She said: "I’ve always been bigger but that was part of my personality and it never bothered me.

"As a teenager I was very bubbly and outgoing, I had no problems making friends and I’d always be the first to put my hand up and volunteer for anything.

"I met my boyfriend at university and we stayed in Nottingham after graduation, but a lot of my friends left so suddenly I wasn’t in a group anymore and that’s when my eating started going downhill. 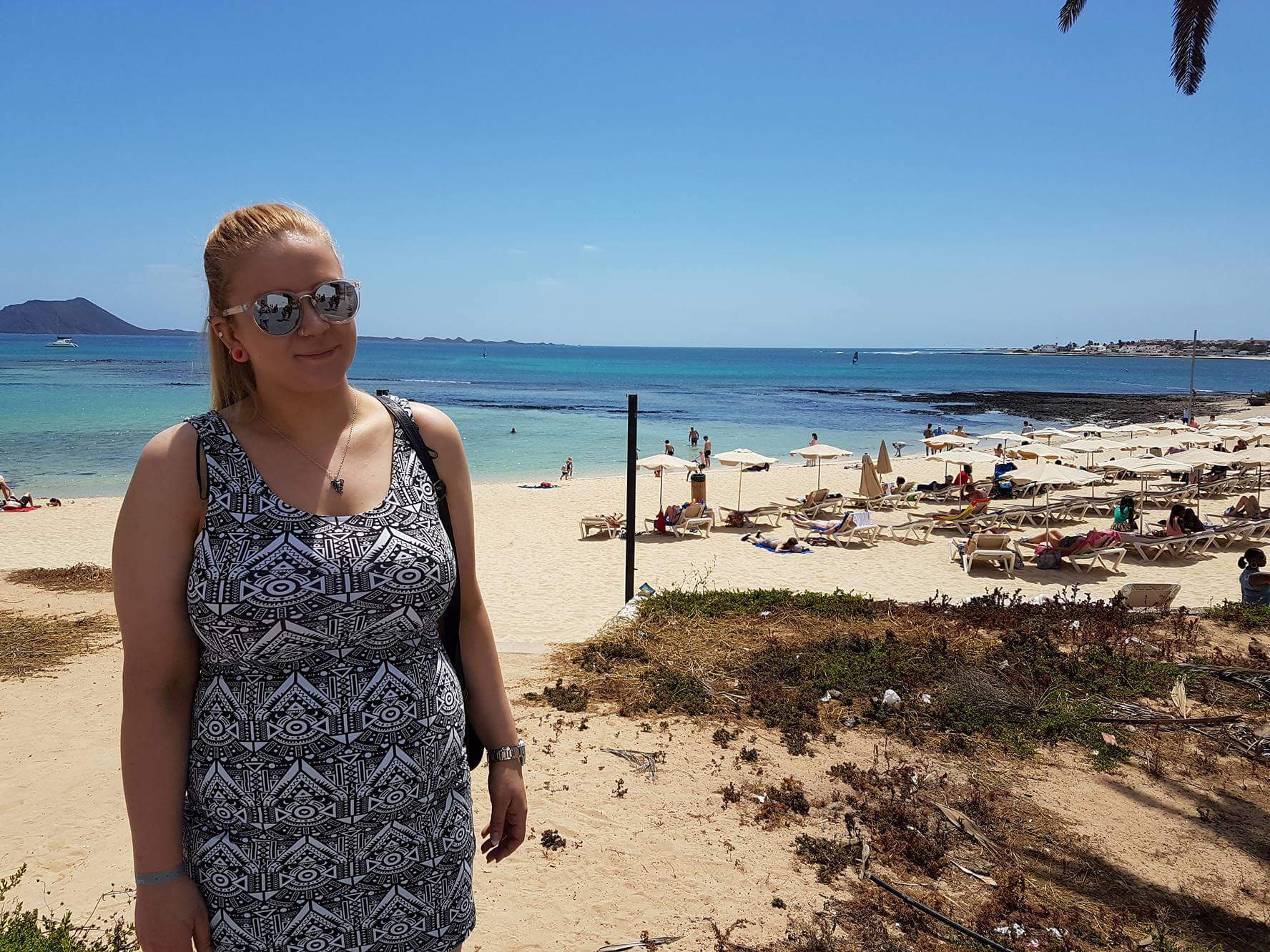 "I became a bit of a secret eater, hiding what I was doing from my other half and lying about the food I’d eaten.

"If I’d eaten a whole family bar of chocolate I’d pretend I’d put half away for later, if I ate chocolate in the car I’d hide the wrappers behind the seat and if I had a whole packet of biscuits I’d say I’d taken them into work.

"It was bizarre because I had no reason to lie but I think I was lying to myself as much as him."

I’d gone from being someone who was always the big jolly curvy girl, really full of confidence, to feeling so unhappy in myself

Even when she moved to a new job, her diet still didn’t improve.

She added: "I’d go to the Pound Shop and buy a three-pack of Kinder Buenos, intending to have one that day, another tomorrow and the last one the day after.

"But I’d always end up having them in one day, then going back the next day and doing the same thing." 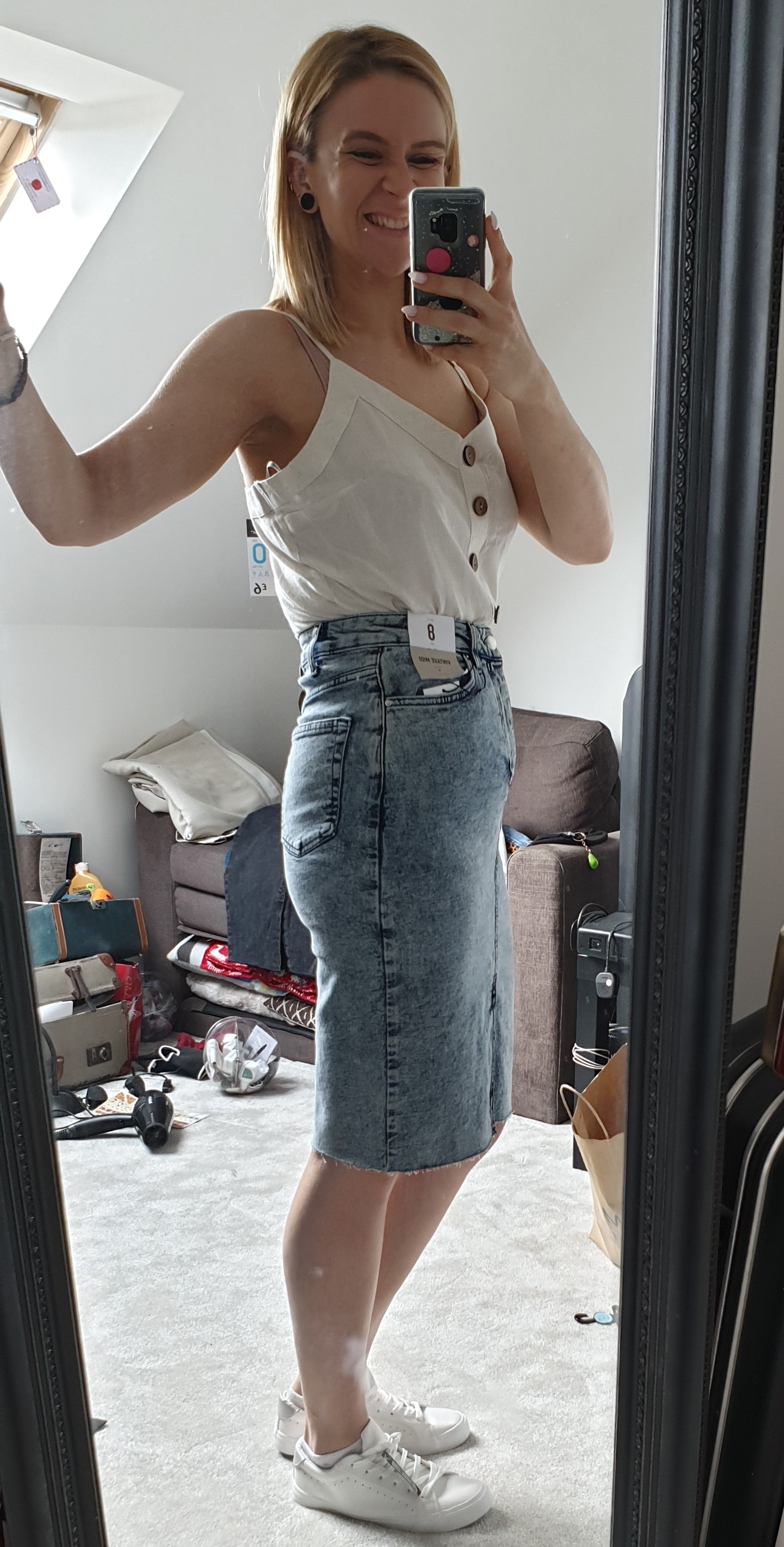 However, Catherine really began piling on the weight when she discovered her love for Greggs.

When it came to her lunch break at work, she would always order a hot Greggs sausage roll, multi-pack of brownie bites and a sugary milky coffee.

She said: "The only time it really varied was if I added a chicken tikka baguette on top.

"Honestly, my diet was so bad it was ridiculous, I must have been eating a week’s worth of calories in a couple of days. I even used to go to Greggs to get a pain au chocolat for breakfast most mornings because it was on my walk in to work. 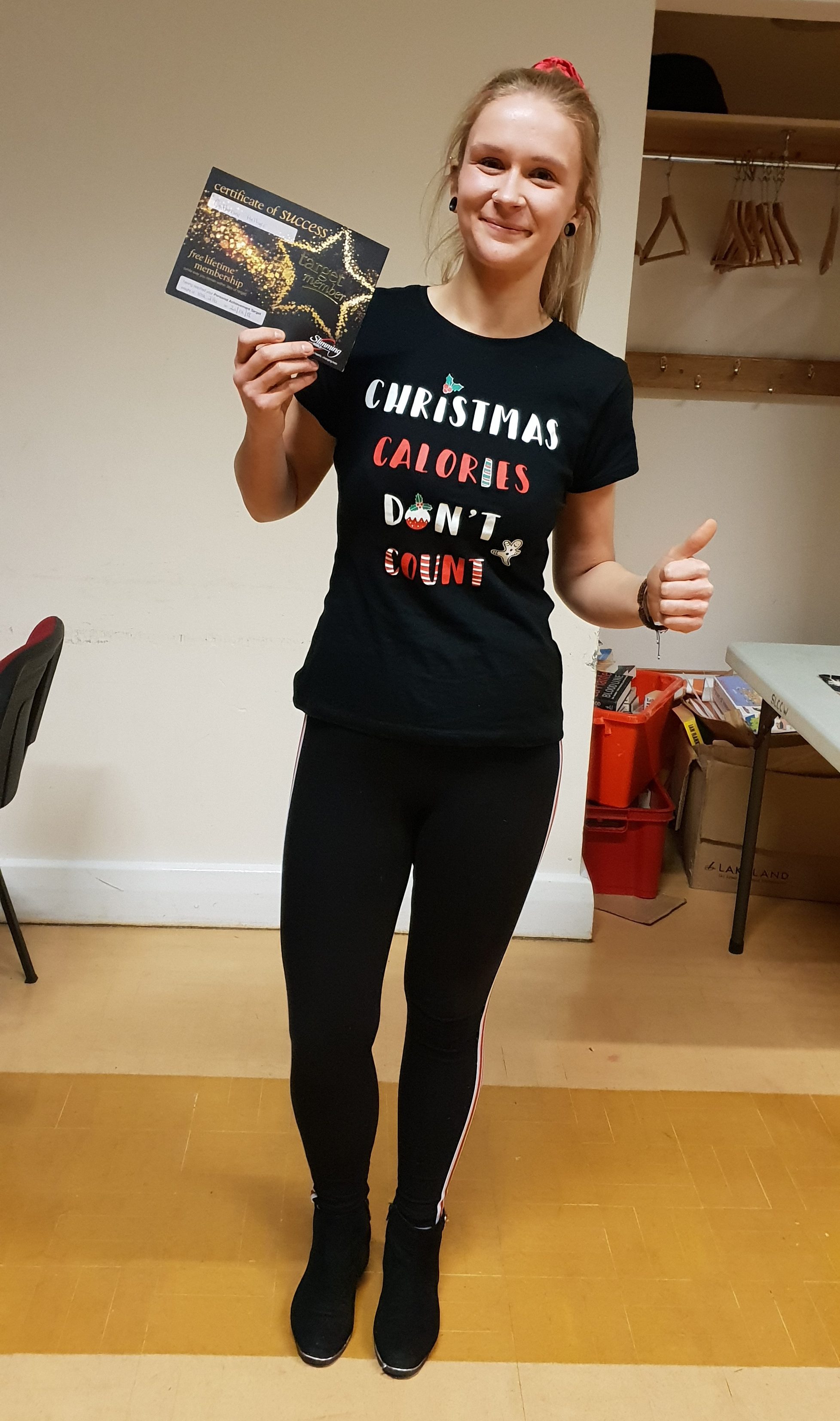 "I reckon if Greggs had a points system I could have bought my own house with what I must have spent in there."

As Catherine continued to gorge on pastries, the weight piled on and by Christmas 2016 she was tipping the scales at almost 17 stone.

It was then, after a miserable shopping trip to find an outfit for a Christmas party, that she decided she had to do something.

She said: "I just wanted something cheap and cheerful to wear, but I’d gone up to a size 20/22 and I couldn’t find anything to fit in the high street shops.

What is the Slimming World diet?

The Slimming World diet is run by a Derbyshire-based weight loss company created by Margaret Miles-Bramwell in 1969.

These foods can be eaten in unlimited amounts.

There’s no calorie counting, no foods are banned, and you’re still allowed the occasional treat.

While no foods are off limits, some of the restricted, known as Syns, have values attached.

Many of the Syns (also known as synergy) items are treat items, but some can be Healthy Extras allowing you to increase portion sizes.

Users get a total number of daily Syns they can consume, which can be calculated through specific weight loss plans.

Mostly this ranges from around five to 15 a day.

Examples of Syns are a glass of wine of a piece of chocolate.

Healthy Extras include milk and cheese for calcium, wholemeal bread and breakfast cereals for fibre and other essential minerals, and nuts and seeds for healthy oils.

You can get support from fellow slimmers at weekly group meetings and follow an exercise plan to become gradually more active through their Body Magic initiative.

The Slimming World diet is designed to help you lose about 1-2 pounds a week and currently has around 900,000 members attending each week.

"I thought at least I could get something in Primark but even there, trying on tops I thought would be fine, I was struggling to squeeze into a size 20.

"I thought, how has this happened? I’d gone from being someone who was always the big jolly curvy girl, really full of confidence, to feeling so unhappy in myself.

"After that Christmas, I had a week’s holiday.

"It’d be a really busy, tough time, my first Christmas as a store manager, and the first three days of my leave I don’t think I even got dressed. 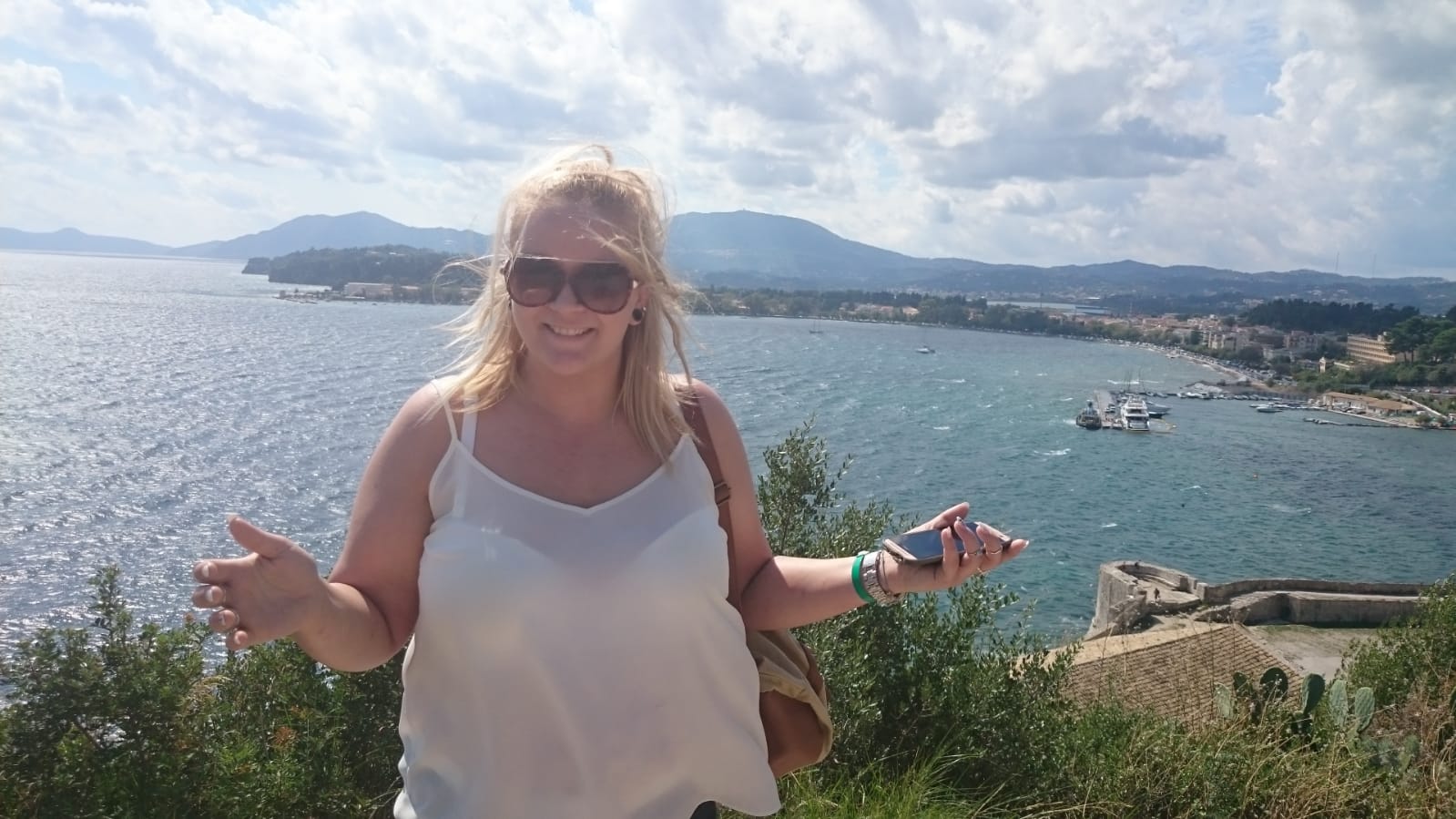 "I didn’t leave the house, I just lay on the sofa watching telly and binge eating to fill some kind of void which only made me feel worse.

"And then all the photos from the Christmas parties started to appear. I’d done my make-up and my hair really nice and then I saw the photos and all I could think was, woah, that doesn’t even look like me."

Noticing how unhappy she was, Catherine’s partner Joe suggested she join her local Slimming World group.

Before I’d lost everything about me, I was so uncomfortable with myself, now I’m back to where I used to be, full of life and with all my confidence again … and I don’t work near a Greggs so no more sausage rolls anymore

She said: "He was worried about me because something in me had just given up and he knew my best friend Belle was going to a group near her and loved it."

Catherine joined Slimming World in January 2017, weighing 16 stones 9lb, and by Christmas 2018 she’d lost more than six stones and managed to overhaul the eating habits which she admits had spiralled out of control.

And Catherine admitted she was even reduced to tears when she first found out how much weight she had lost.

She said: "I cried when I got weighed, it was such a shock, and I was really close to tears the whole time, but it was honestly the best evening ever. It was a proper move forward moment for me."

Now rather than struggling to find clothes that fit, Catherine can pick up a size eight off the rail knowing they’ll be fine.

She added: "Instead of pain au chocolat for breakfast I make my own scrambled egg, spinach and cherry tomato pots, and I prep homemade soups or curries in advance for lunch in place of the Greggs sausage rolls.

"Then at home we have fakeaways made from scratch instead of the takeaways we were ordering four or five times a week.

"I eat lots of fresh fruit and veg, which I buy frozen for convenience, and I drink 2-3 sports bottles of water a day too.

"I run now as well, usually a couple of times a week, which I never did before and I’m running the Robin Hood half marathon at the end of the month which is a goal I set myself after getting to target.

"It’s been a total lifestyle change but I’ve not been too strict with myself so I’ve managed to stick to it.

"Before I’d lost everything about me, I was so uncomfortable with myself, now I’m back to where I used to be, full of life and with all my confidence again … and I don’t work near a Greggs so no more sausage rolls anymore!"