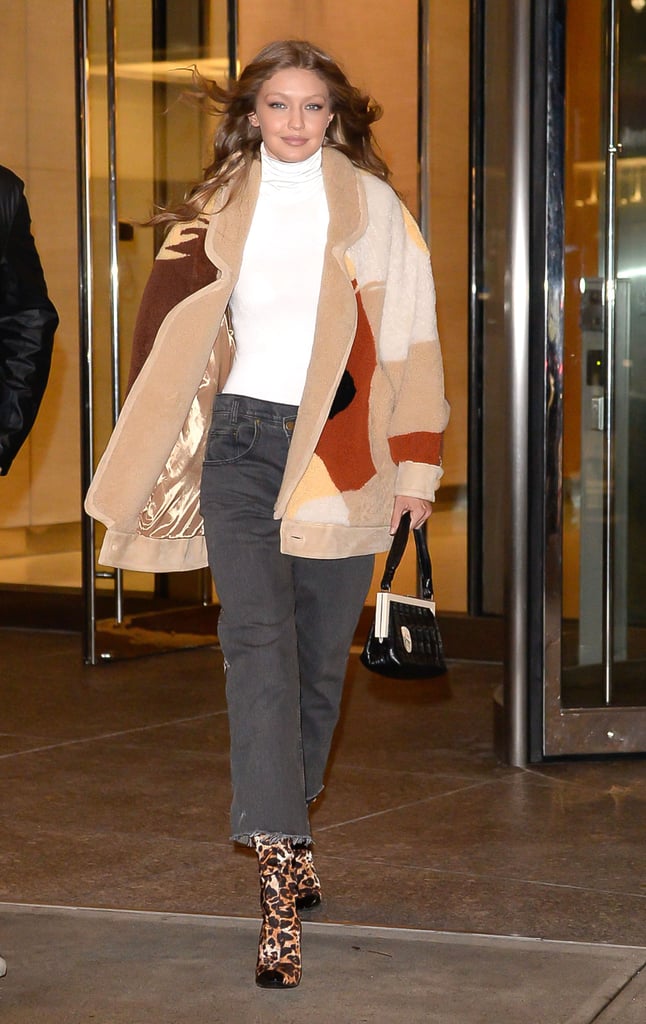 Gigi Hadid’s Jeans Are Basic in the Front, Sophisticated in the Back

Gigi Hadid was apparently “feelin’ extra fresh” while heading to her second fitting for the Victoria’s Secret Fashion Show. The supermodel, who will be joining her sister Bella and BFF Kendall Jenner on the runway, was spotted wearing what we thought was a simple pair of jeans at first.

Gigi styled a white turtleneck Wolford bodysuit with a cozy Tod’s jacket and Giuseppe Zanotti leopard-print boots. (She actually wore this exact coat while walking in the Tod’s show back in February.)

The starlet completed her outfit with a two-toned pair of jeans from Monse, which featured a sophisticated plaid print on the back. Read on to see all angles of her cool denim, and buy the exact pair, as well as similar styles, if you’re feeling inspired to give the trend a try.