“Trainers are a no, they’ll have to go,” she says, pointing at my scruffy sneakers. “And skinny jeans are not classy. 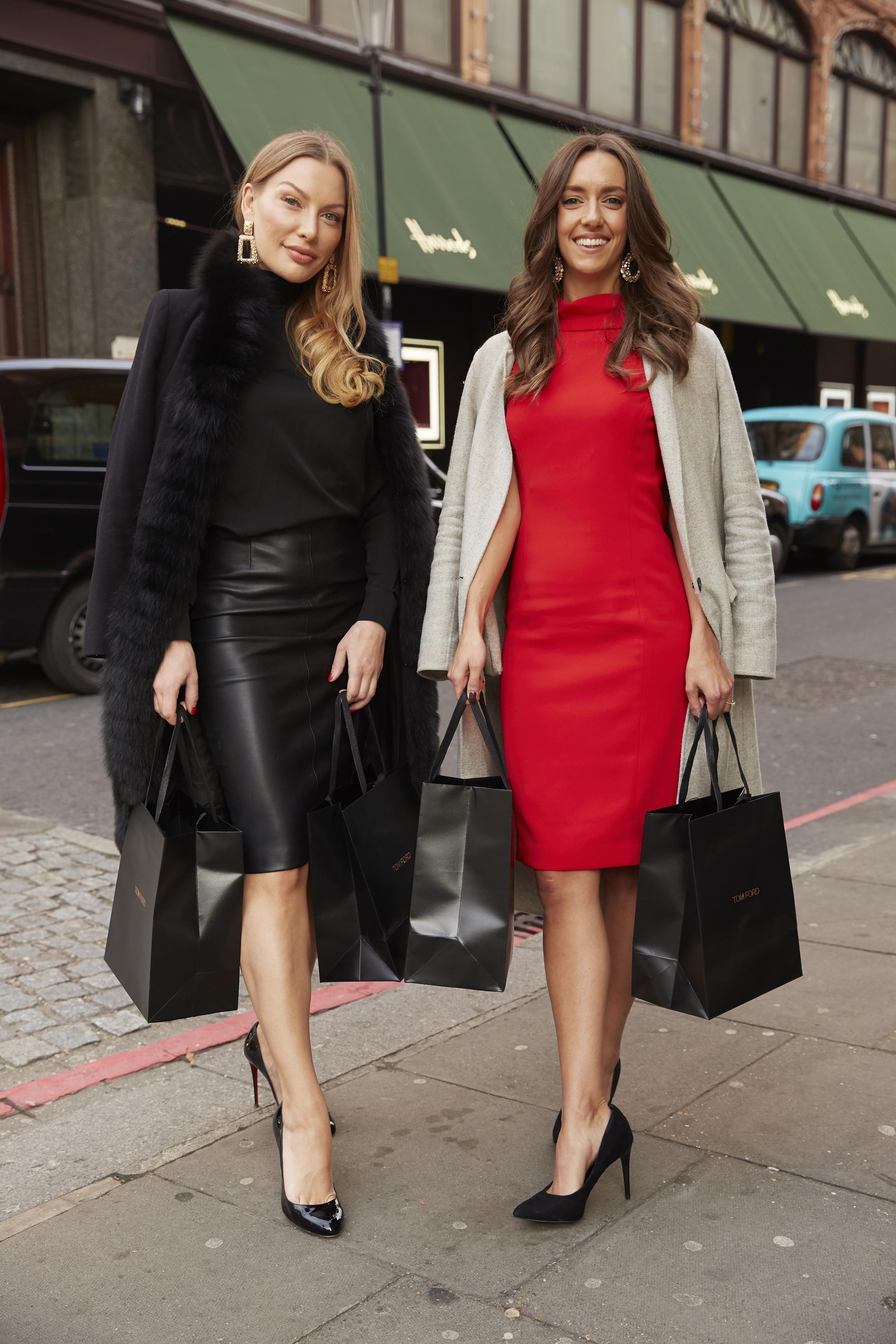 This is the harsh reality of being a pupil at The School Of Affluence. Set up by Anna five weeks ago, the online course promises to give its 300 pupils the skills to bag a rich man, for a fee of £152.

Anna, 32, got the idea after being flooded with questions from women who followed her blog JetSetBabe, which documented her high-end lifestyle as she dated a “rich kid” in Italy and partied with billionaires.

Swede Anna, who lives in London’s posh Knightsbridge (paid for by her banker boyfriend) — says: “Once you’ve lived a good life it’s hard to go back.”

Answering criticism, Anna insists she is not a gold digger and “values love” as well as financial security. 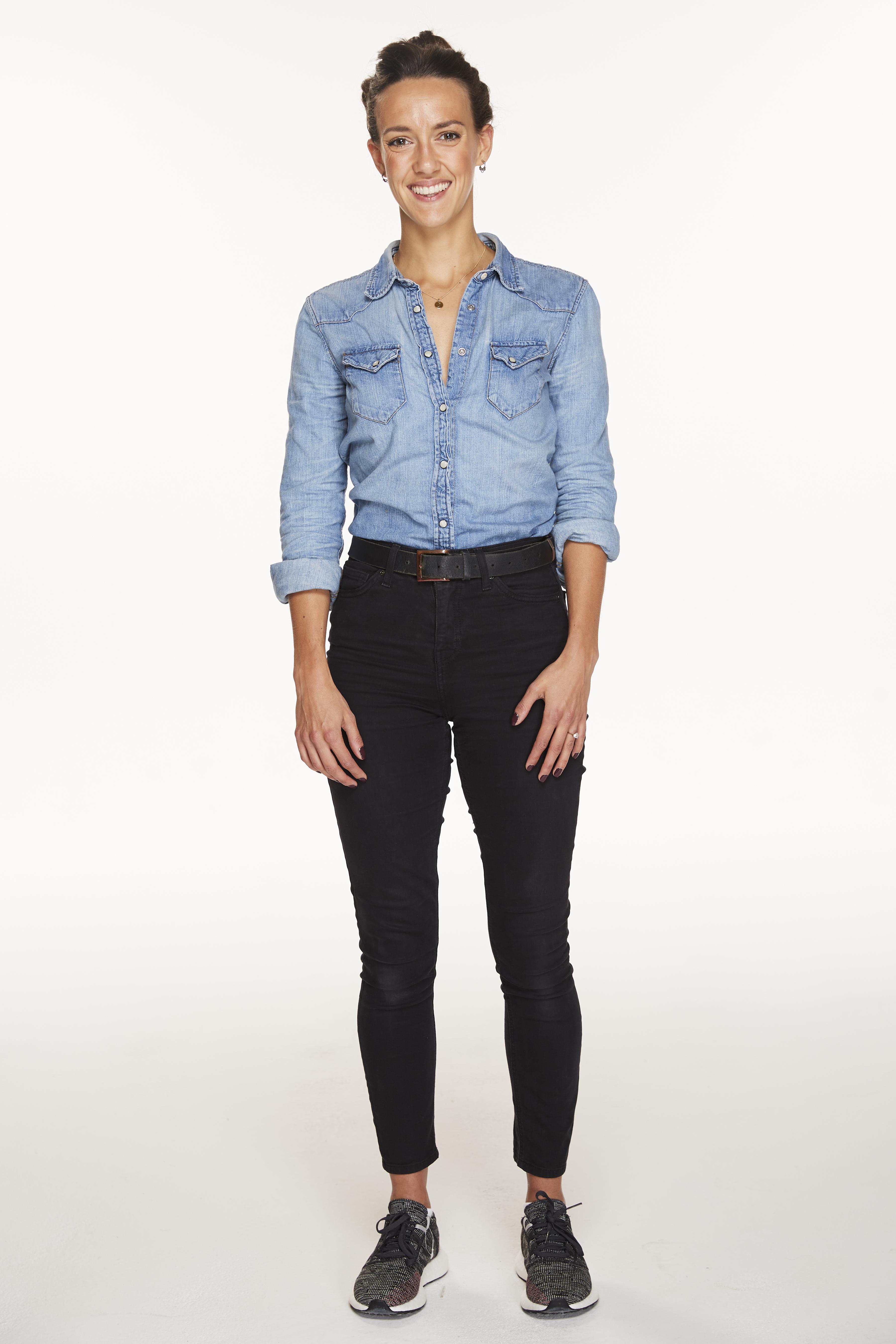 She says: “I support women in becoming the best version of themselves — that’s feminism.”

Here she teaches me how to bag a billionaire . . . 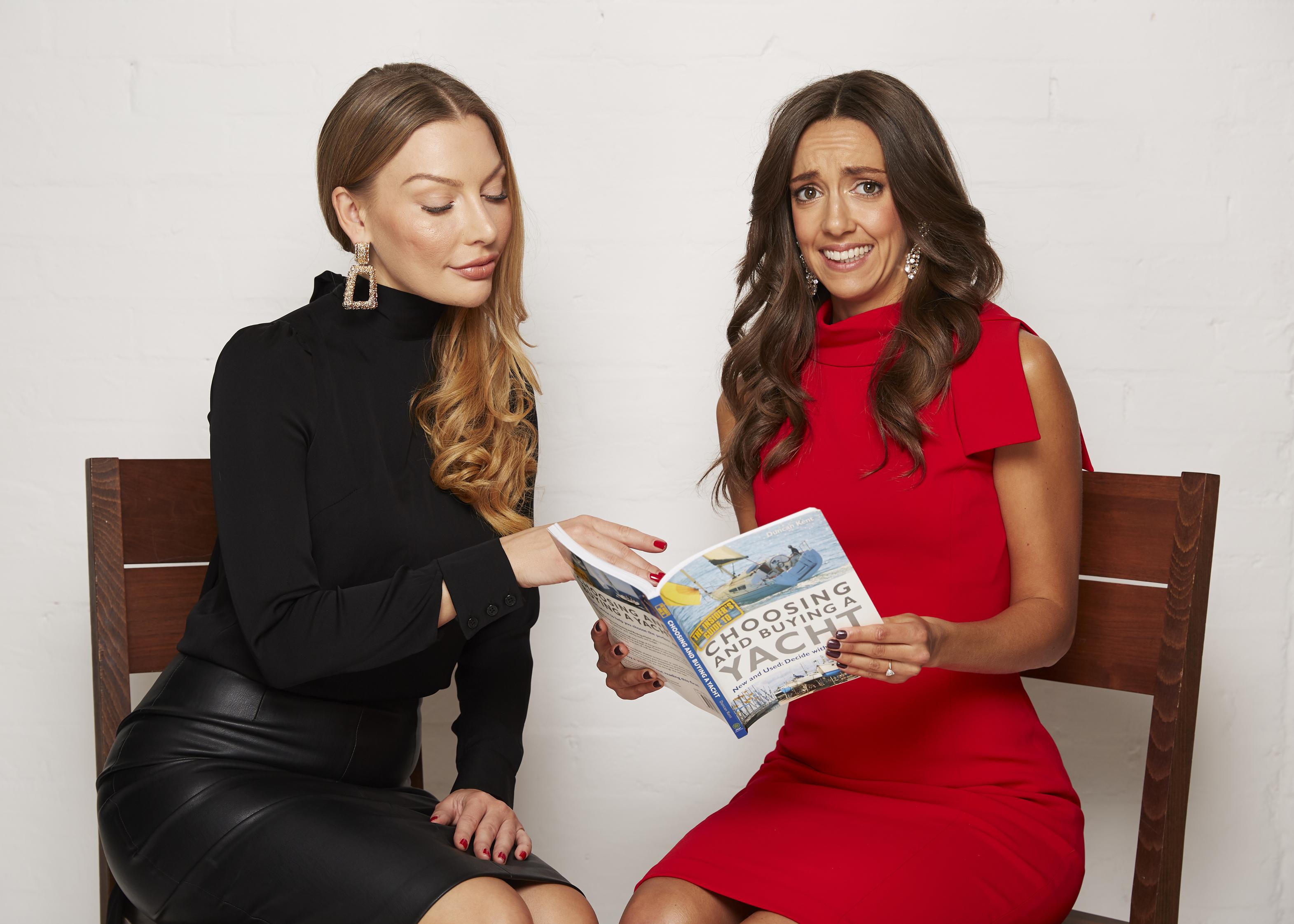 ANNA SAYS: A yacht is someone’s home, so treat it with respect.

DO: Pick outfits that look good without heels, have a pedicure, and be nice to cabin crew, you might need their help.

DON’T: Take interior pics without checking with the host or forget to take sea sickness tablets.

JENNY SAYS: While it would be nice to have enough outfit choices to have “with heels” and “without heels” sections of my wardrobe, I don’t have this many options. However, not forgetting your sea sickness tablets isn’t a bad idea. I’m more likely to need them on the car ferry to Calais rather than a yacht though.

How to eat oysters 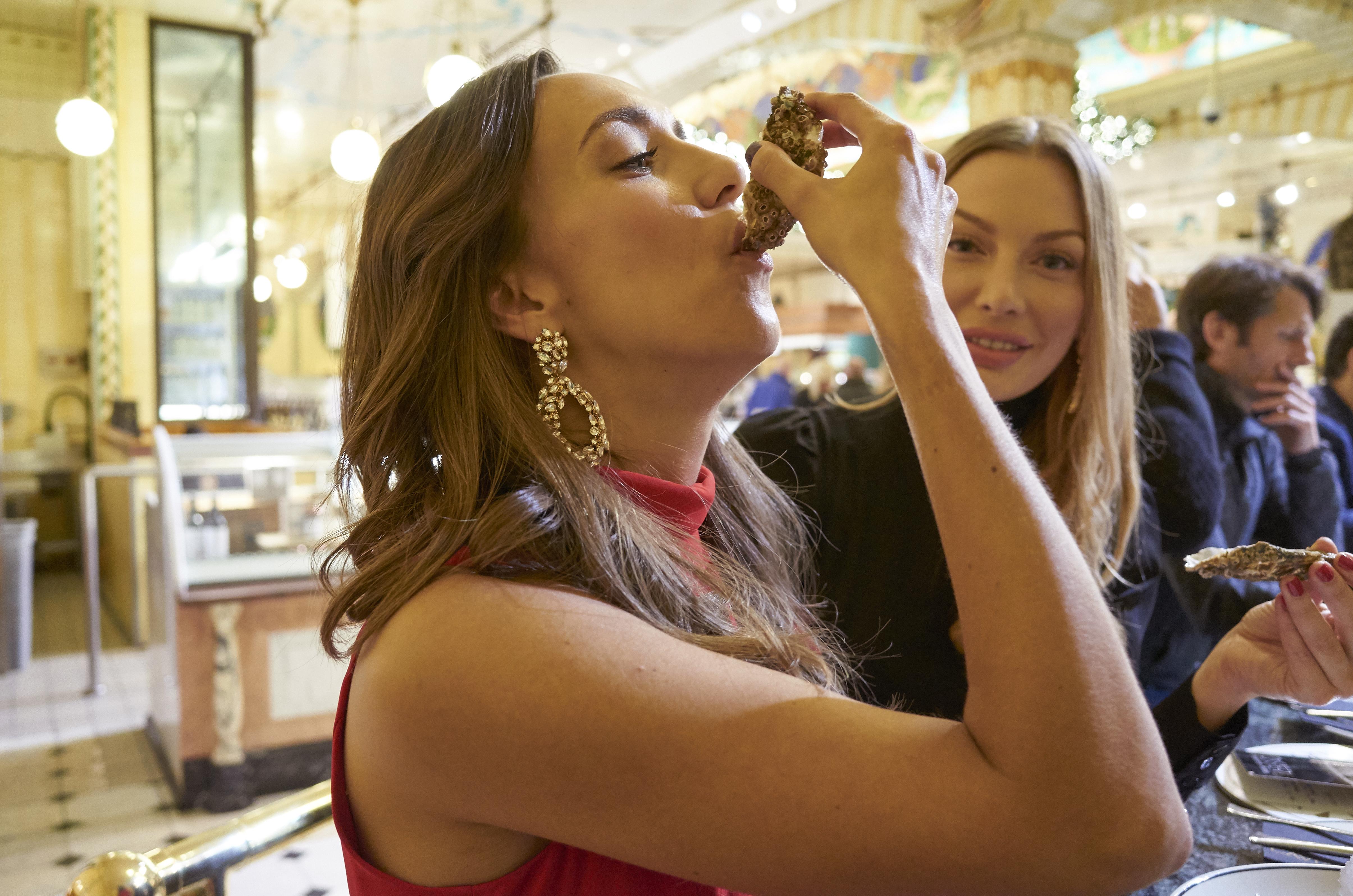 ANNA SAYS: Oysters are an aphrodisiac. Men are turned on when a woman confidently orders and eats them.

DO: Order more than one type; tilt head back slightly and allow it to fall into your mouth.

JENNY SAYS: I can count on one hand the number of times I’ve had oysters. Usually, when eating one, looking sexy is the last thing on my mind and I’m just hoping it won’t trigger my gag reflex. But I have to admit, you do feel posh when you eat them. 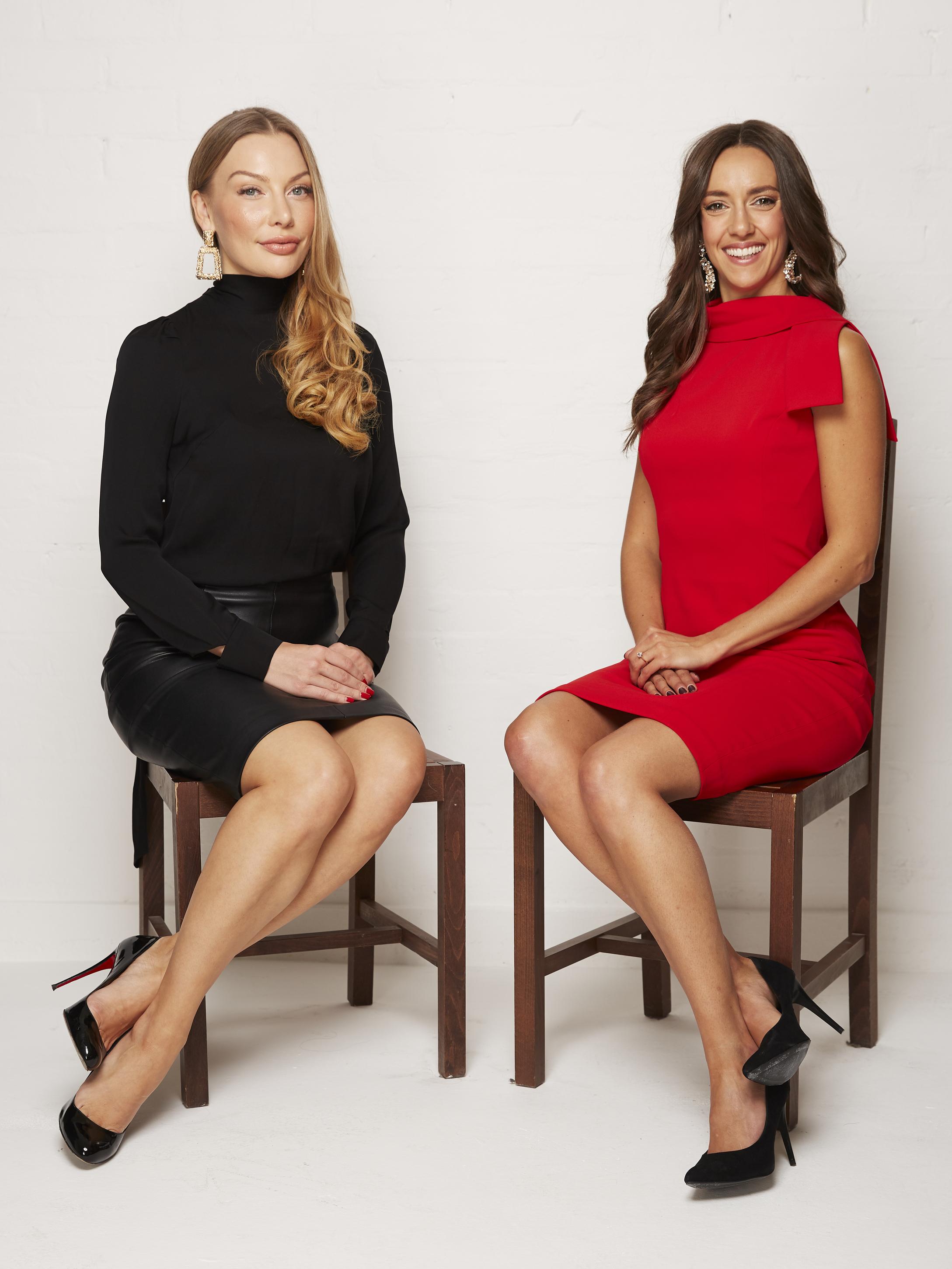 ANNA SAYS: If you sit well, you immediately give off attractive and classy signals.

DON’T: Slouch or cross your legs, it makes for bad posture and may expose underwear.

JENNY SAYS: It’s good to be reminded to sit properly, even if less to “look like a lady” more to stop yourself ending up with a terrible hunchback in later life. 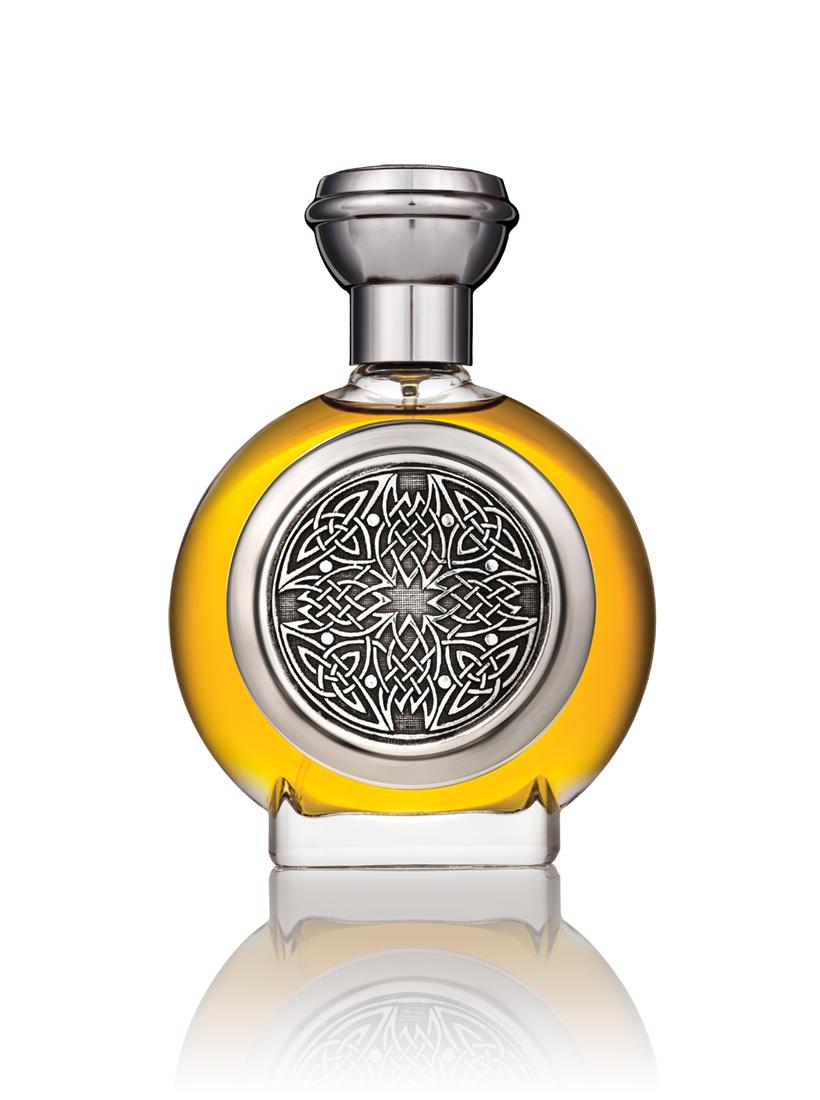 ANNA SAYS: Scent is a key indicator of class and money. The more individual and high quality, the better.

DO: Opt for a perfume brand that is more individual to prevent you from smelling like other women; use eau de parfum, it lasts longer on your skin.

JENNY SAYS: What’s wrong with Britney Spears’ Fantasy perfume?Always done the job for me. Although, after spraying just one squirt of Boadicea The Victorious perfume, I feel smug when it smells just as strongly by the end of the day. 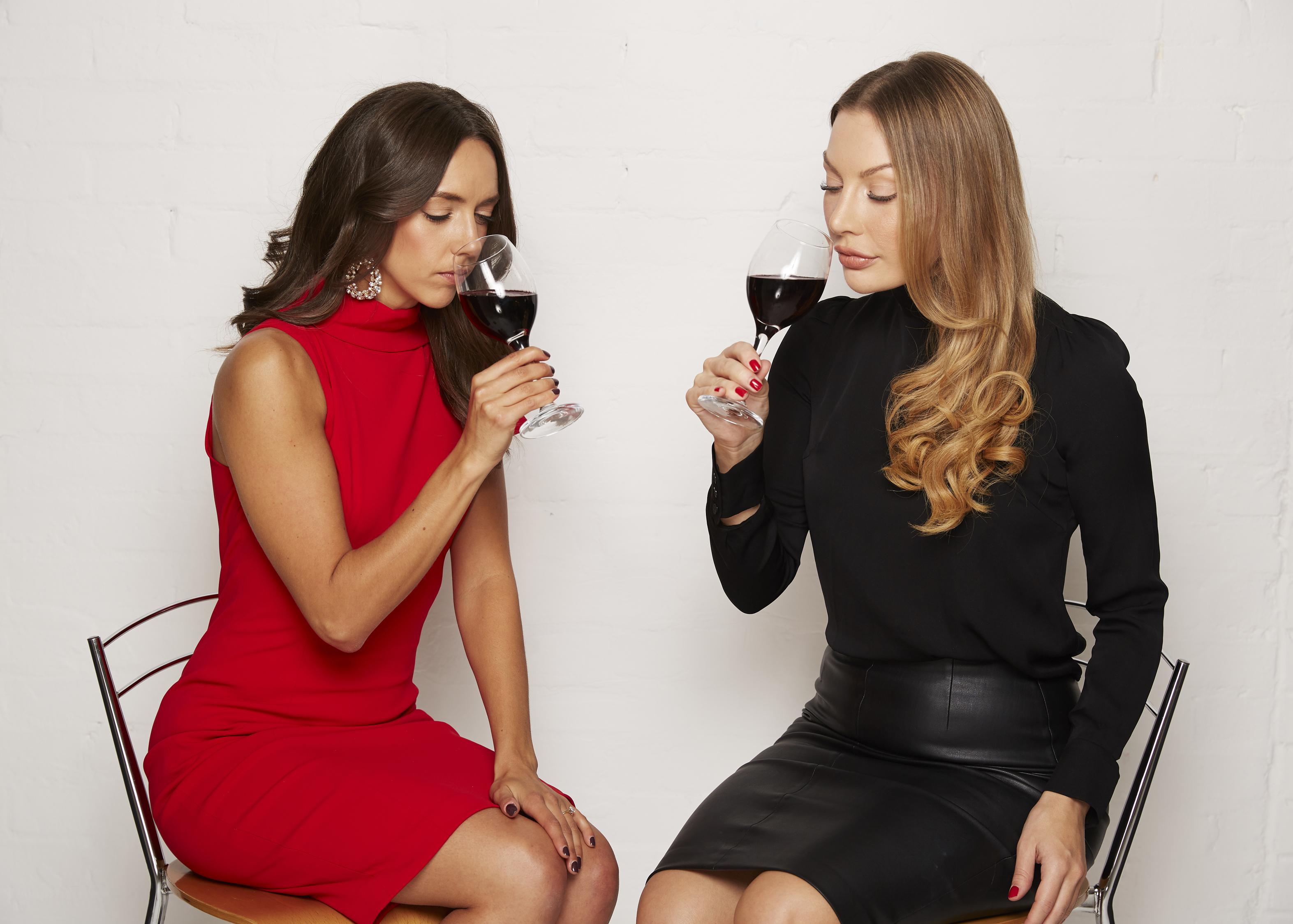 ANNA SAYS: It’s important to know your wine, to show the man you have an interest in finer things.

DO: Order burgundy wine, red or white; hold the glass at the stem; always smell it.

DON’T: Don’t swirl it around your mouth too much; never order the house wine.

JENNY SAYS: I always make sure I think carefully about my wine choices . . . red, white, or rosé. Apparently there’s a lot more to it. Holding the glass at the stem does feel very classy.

Make conversation with a man 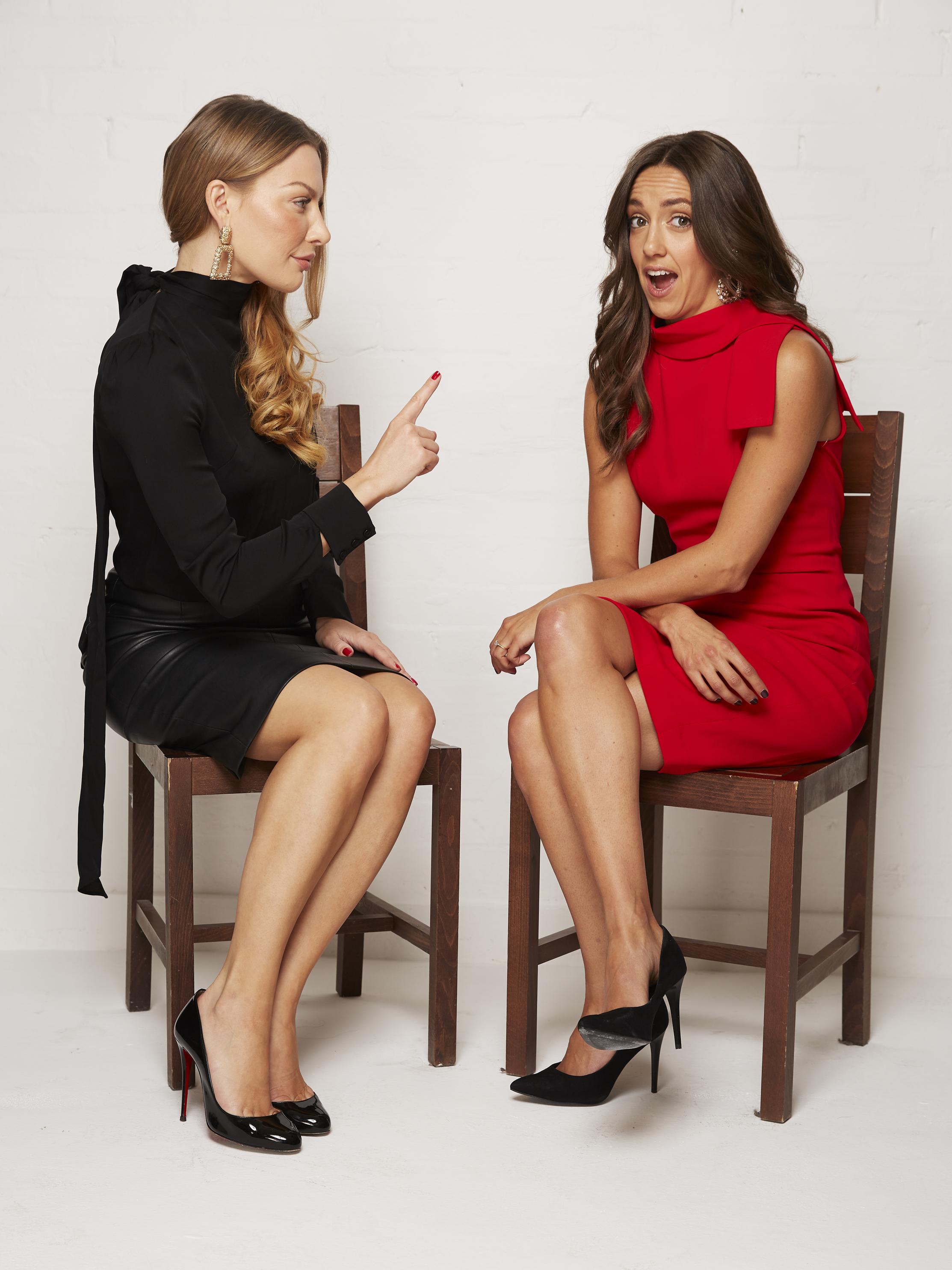 ANNA SAYS: Knowing the right topics is key. Be charming and charismatic.

DO: Put the focus on the man; Ask questions about his family life and upbringing, where they see themselves in five years, and where they like to travel.

JENNY SAYS: Finally a rule I’m up for. No discussion of politics, religion or work. I’ll have no problem making conversation about holidays, while any mention of Brexit is off-limits. 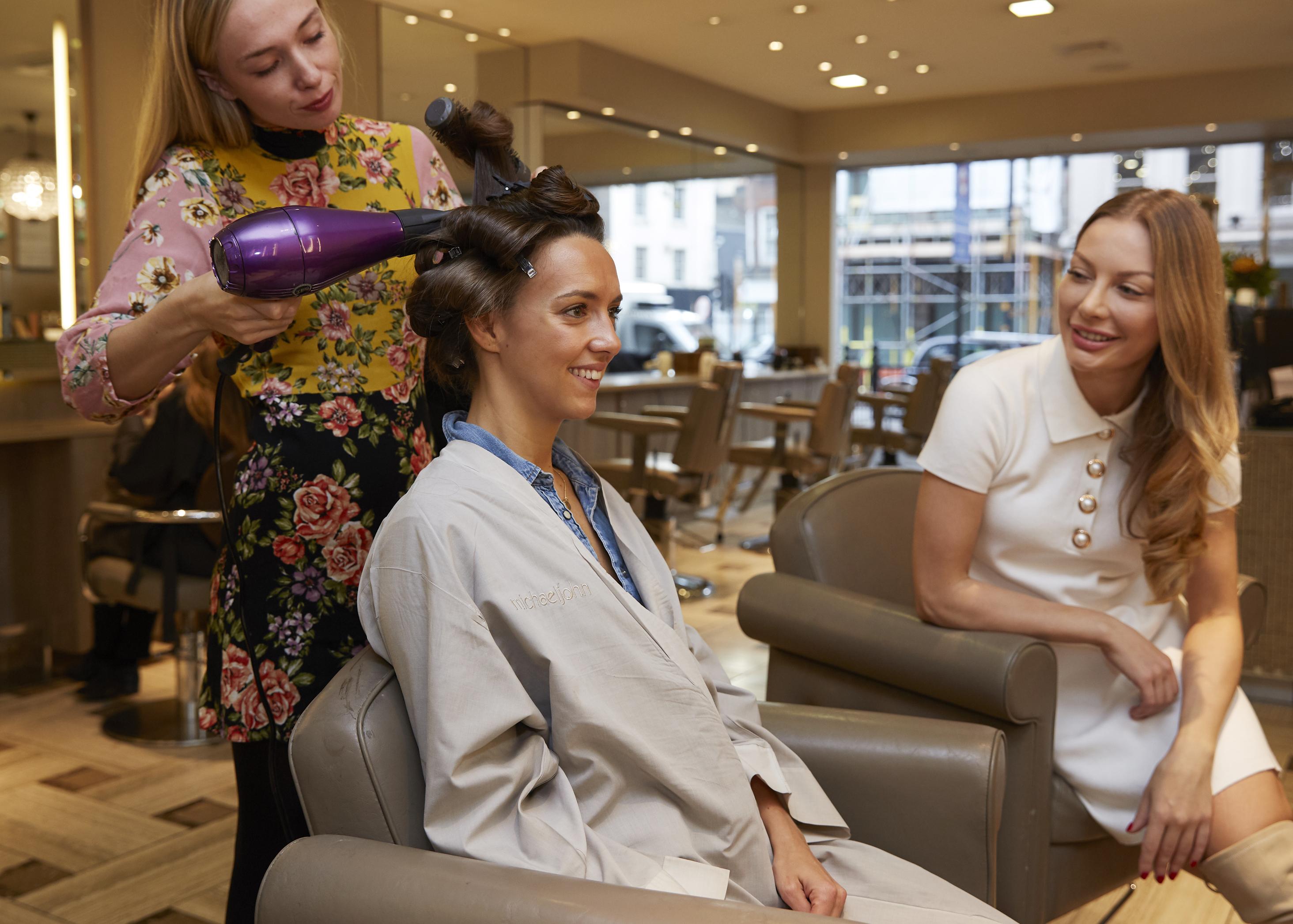 ANNA SAYS: Your hair is one of the most important things when trying to be more classy. You can often have a bad outfit but can transform it with good hair.

DO: Keep it classic, with loose waves and always washed.

DON’T: Have anything too modern or too much volume.

JENNY SAYS: I usually opt for as much volume as possible or stick it in a bun. Still, I’m pleasantly surprised with my new look. If only it wasn’t so much effort to recreate myself. 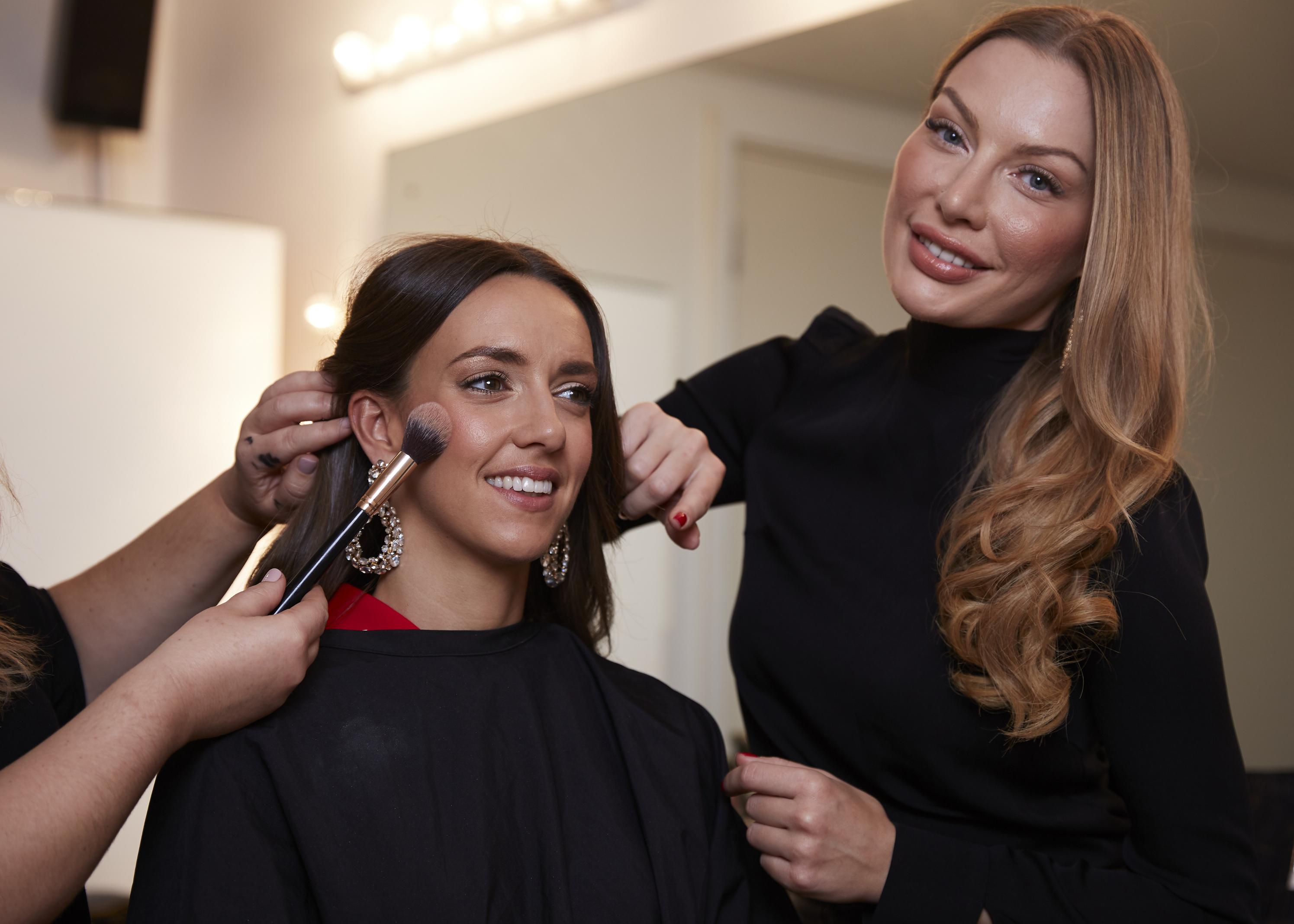 ANNA SAYS: Less is more. The biggest turn off for rich men is layers of make-up.

DO: Go for a natural look, blush cheeks and eyelash extensions; always colour your nails.

JENNY SAYS: Toning down the make-up goes against everything Love Island has taught me this summer. I admit I miss my bronzer, but the natural look is surprisingly appealing. 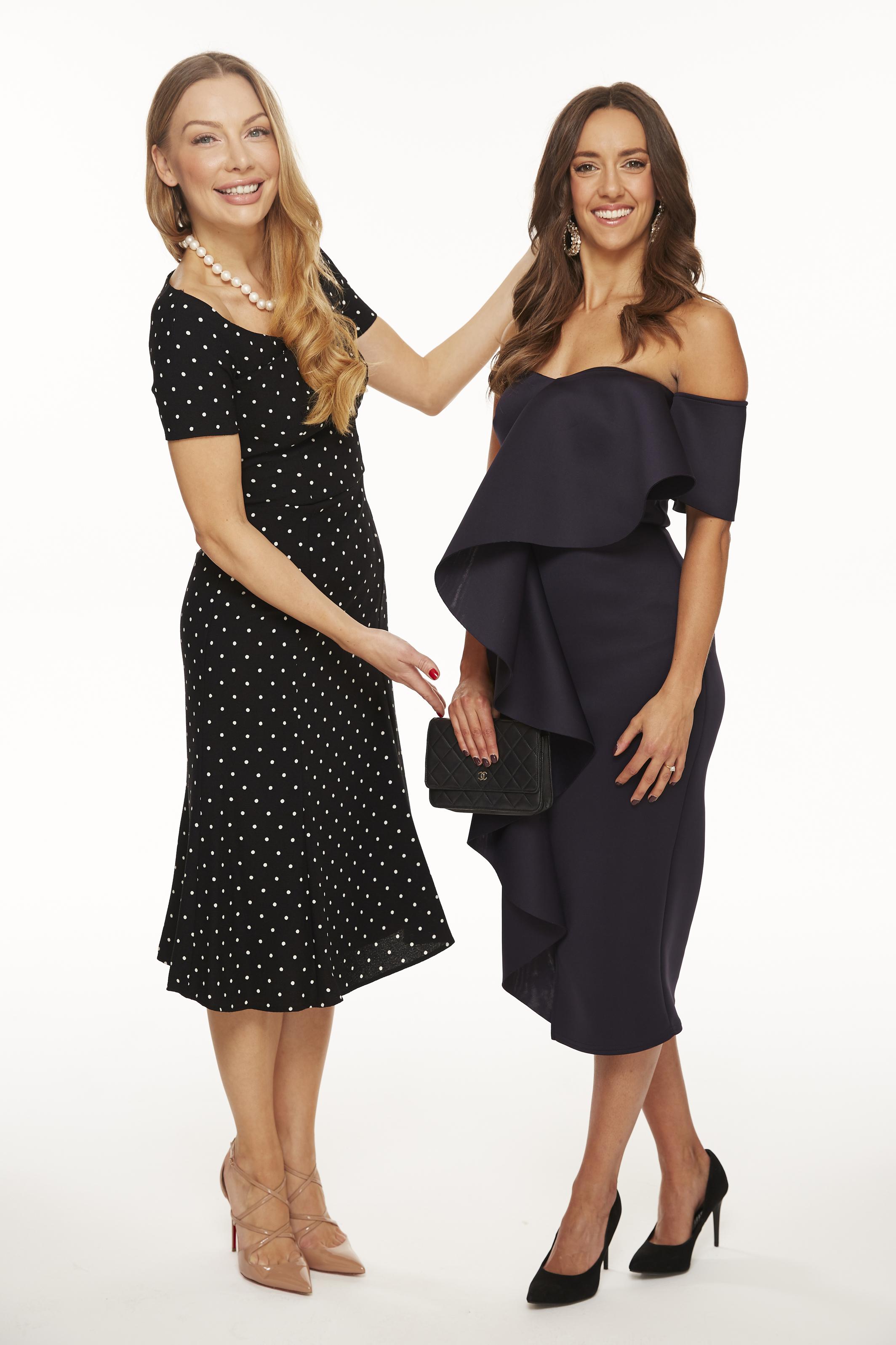 ANNA SAYS: Quality over quantity. There are lots of different styles of classy, so I do advise each woman differently.

DO: Spend on nicer, timeless outfits; always wear heels (unless on a yacht).

JENNY SAYS: I feel like I’ve been Meghan Markle-ed. The outfits are elegant and timeless. The earrings make me look like I’d fit right in on the royal tour. But how the hell any woman walks around in heels like this all day is beyond me. 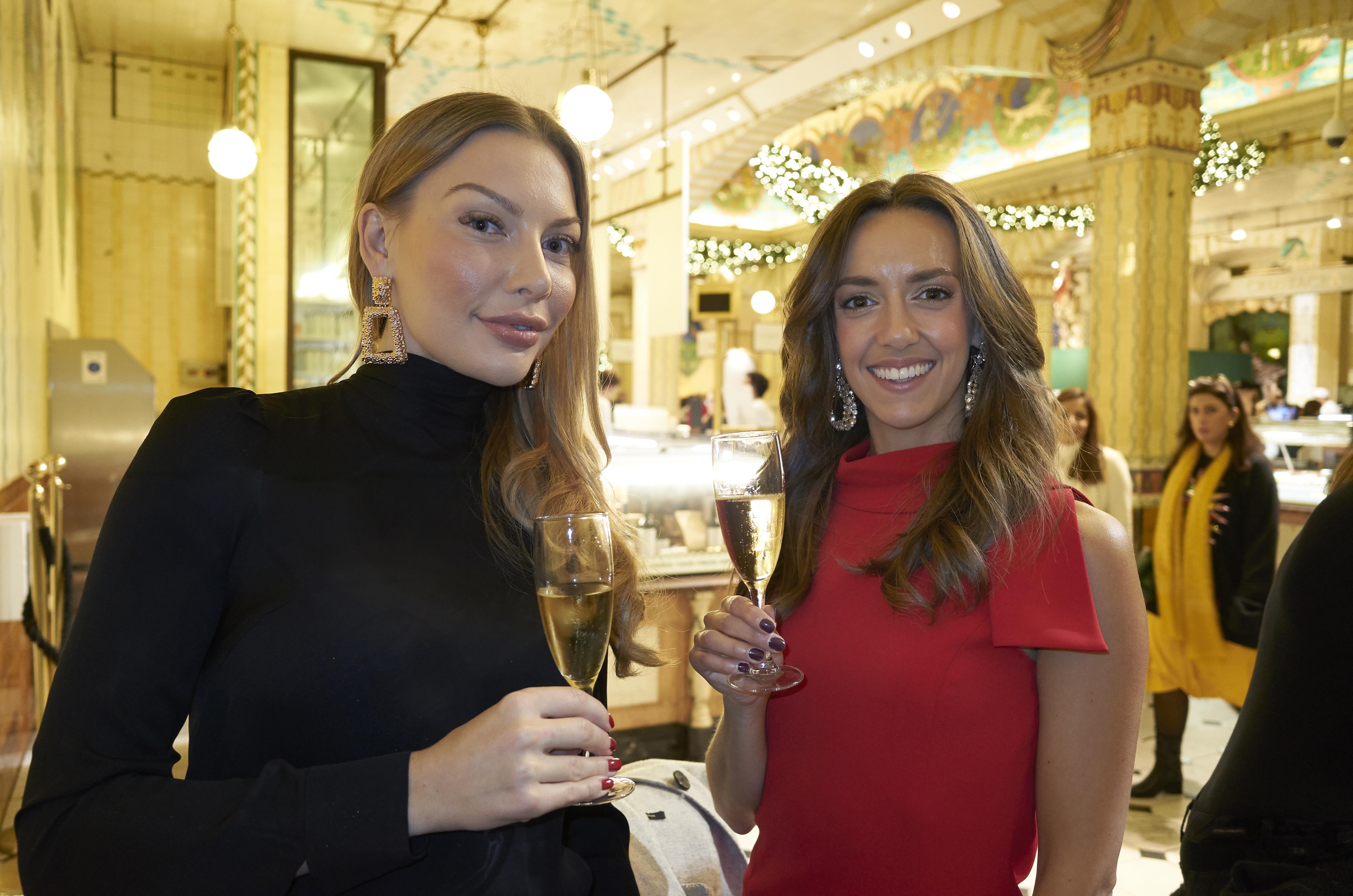 ANNA SAYS: If you want to keep a rich man interested, you need to bring out your feminine side as much as possible.

DON’T: Drink a lot, offer to pay the bill, swear or share food.

JENNY SAYS: OK, I’m all for toning down the swearing on a first date, but no food-sharing? I’m not sure I’m cut out for the high life if a rich man isn’t willing to let me nab a few chips off his plate.