Samuel Ross‘s A-COLD-WALL* and Converse have teamed up for a technical capsule collection of footwear and apparel. First debuted in June 2019 during ACW’s SS20 runway at London Fashion Week, the offerings include special takes on the Chuck Taylor All-Star Lugged and ERX, plus two striking tracksuits.

According to Converse, the collection’s ethos was based around one simple question: “how does a collaboration relay intent?” Ross’s intent was clearly to further ACW’s signature look, with asymmetrical detailing, compelling material choices and a muted color palette that enables the designs — instead of the hues they’re covered in — to take center stage. 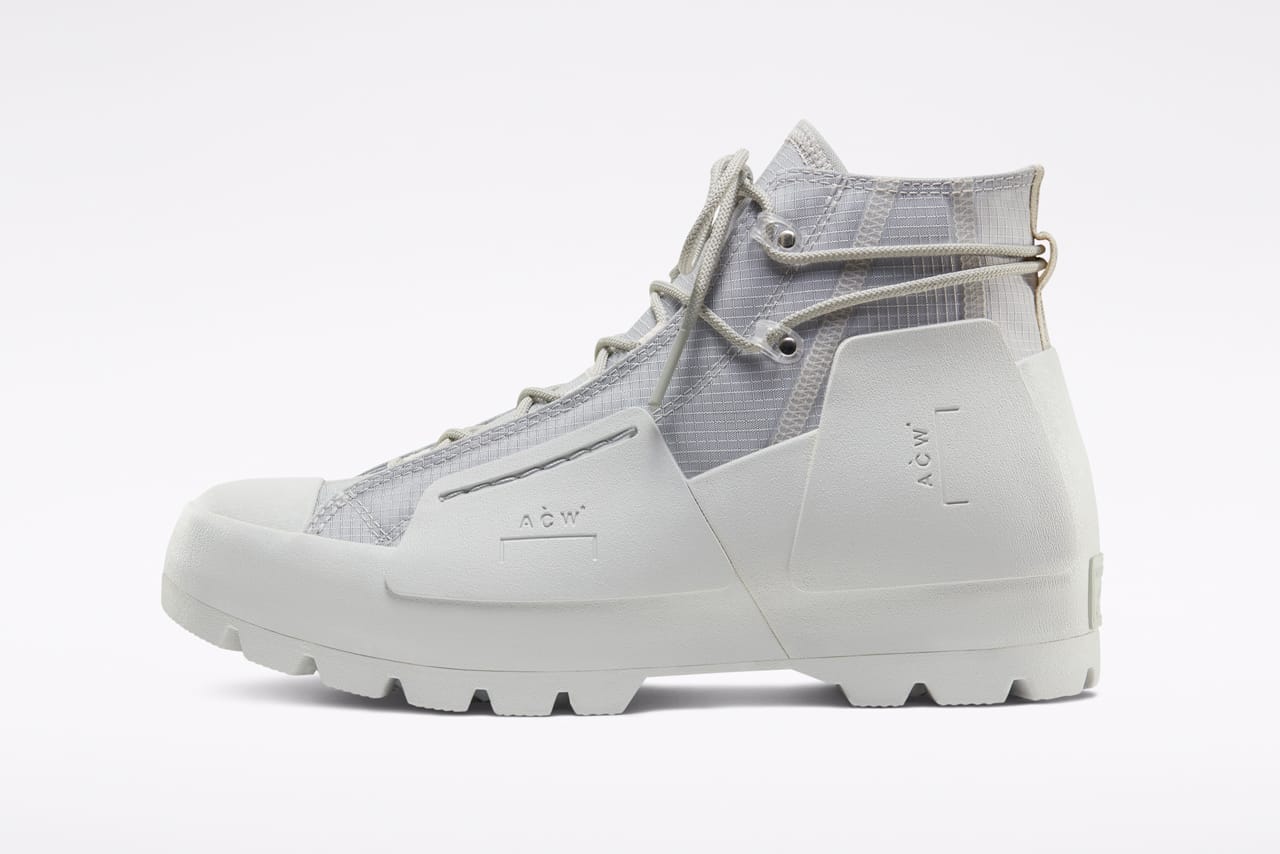 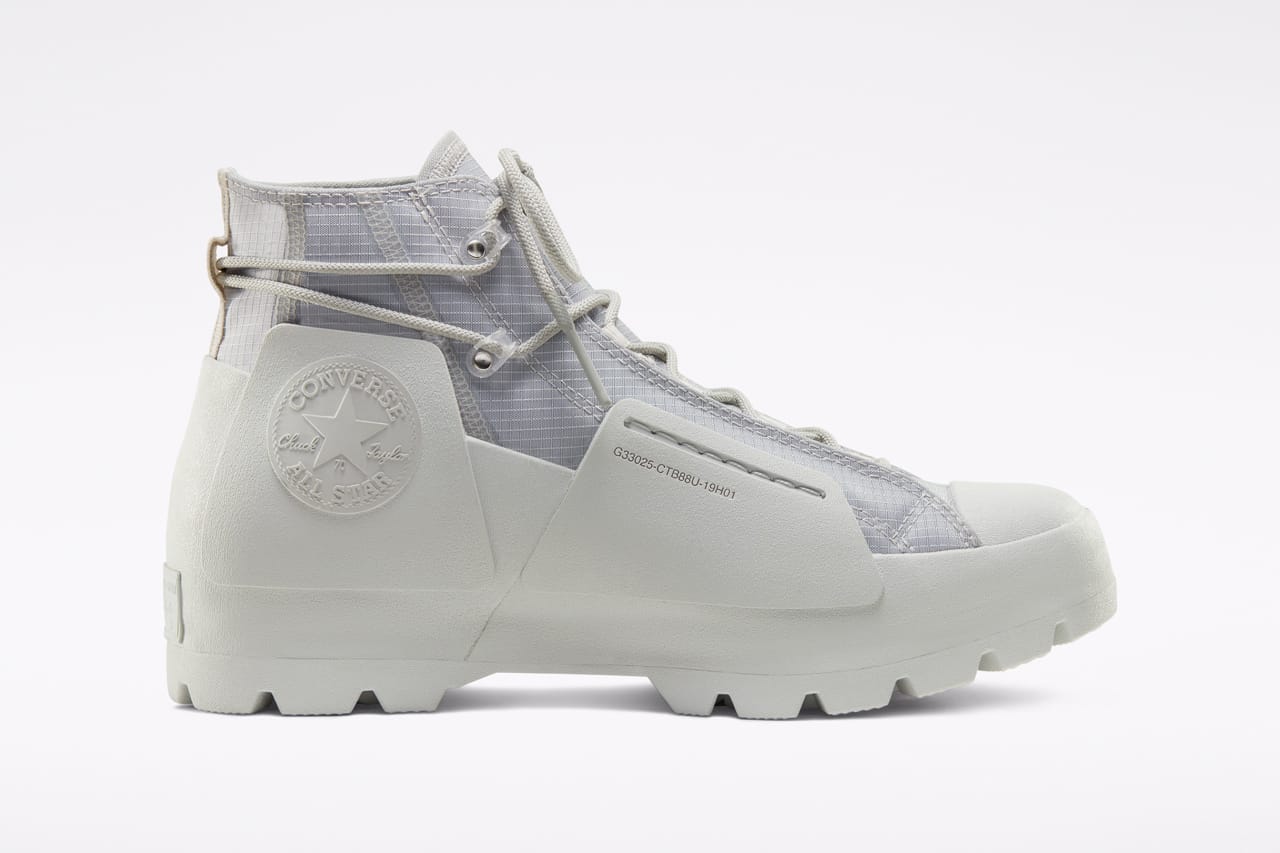 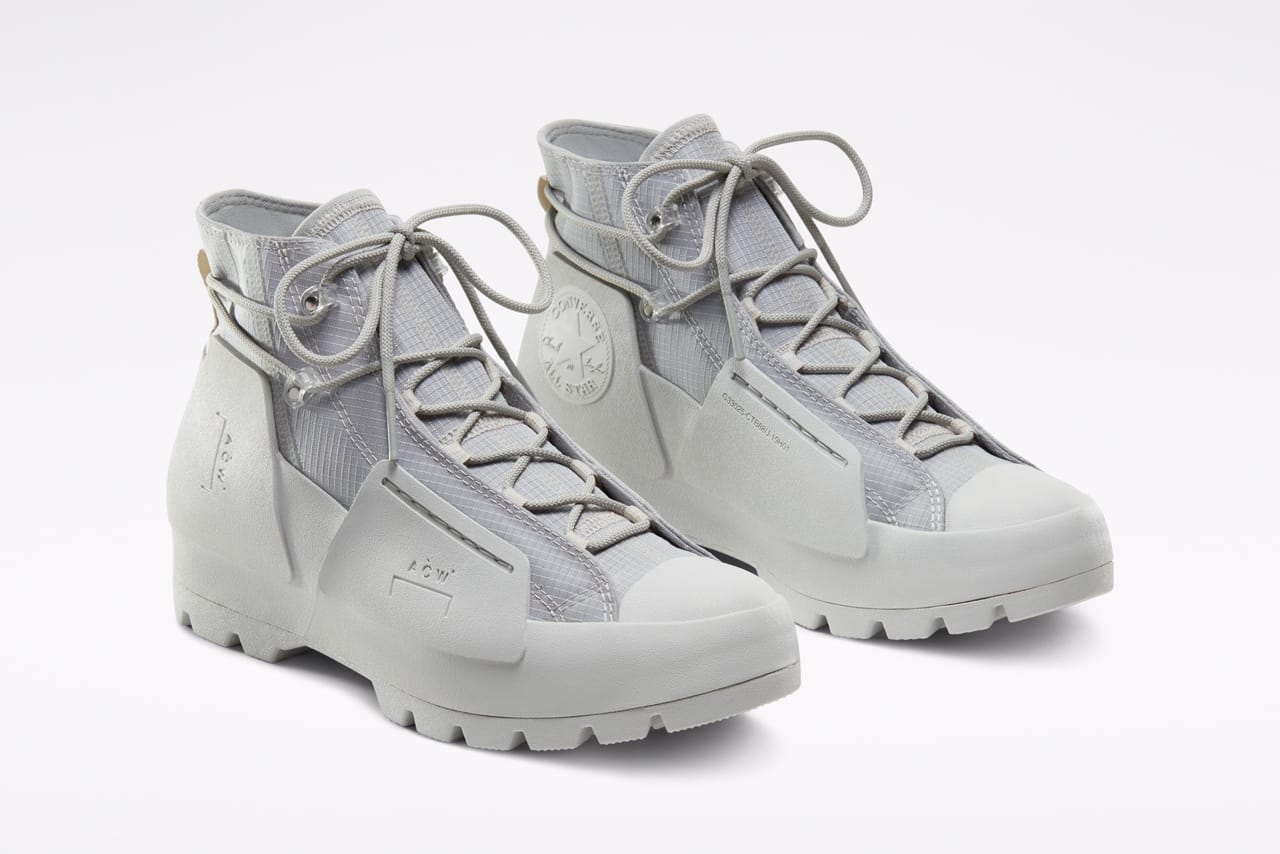 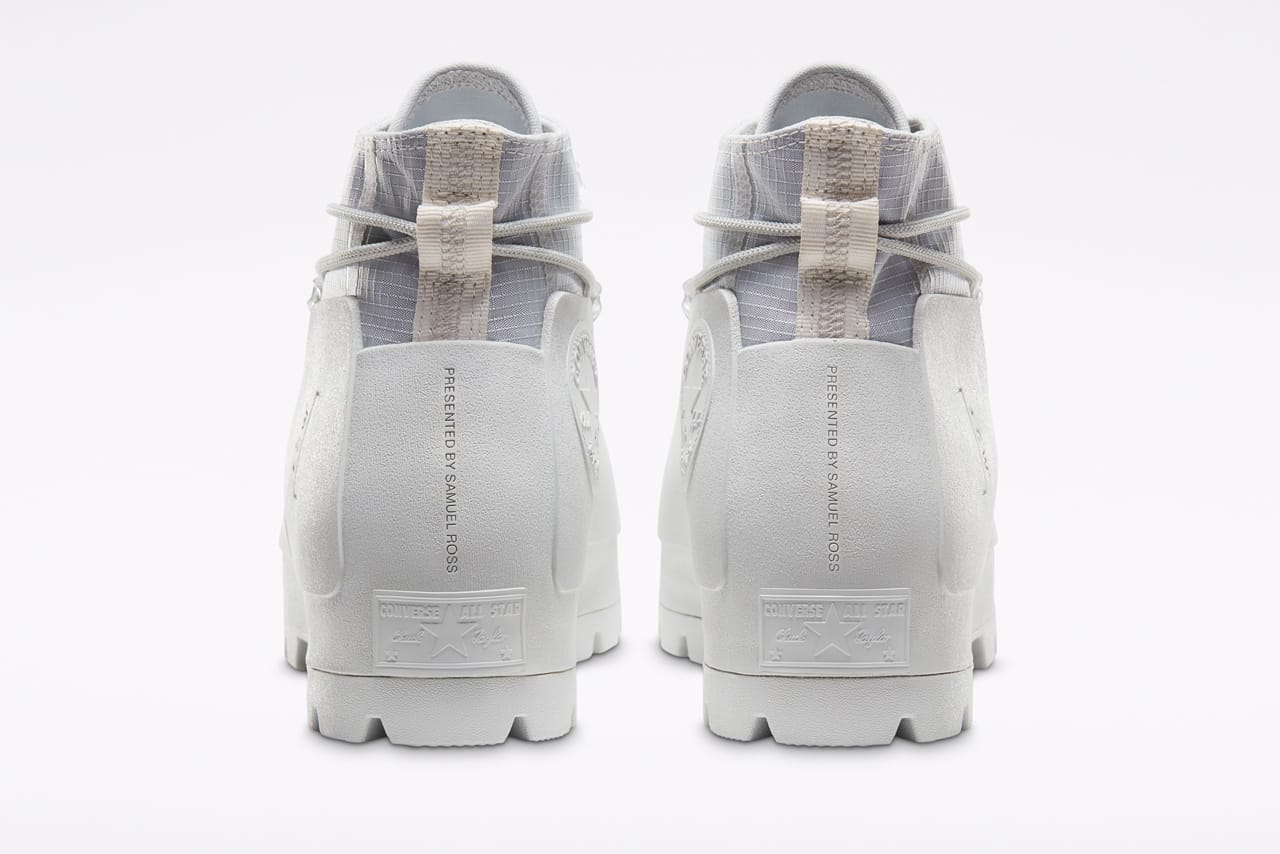 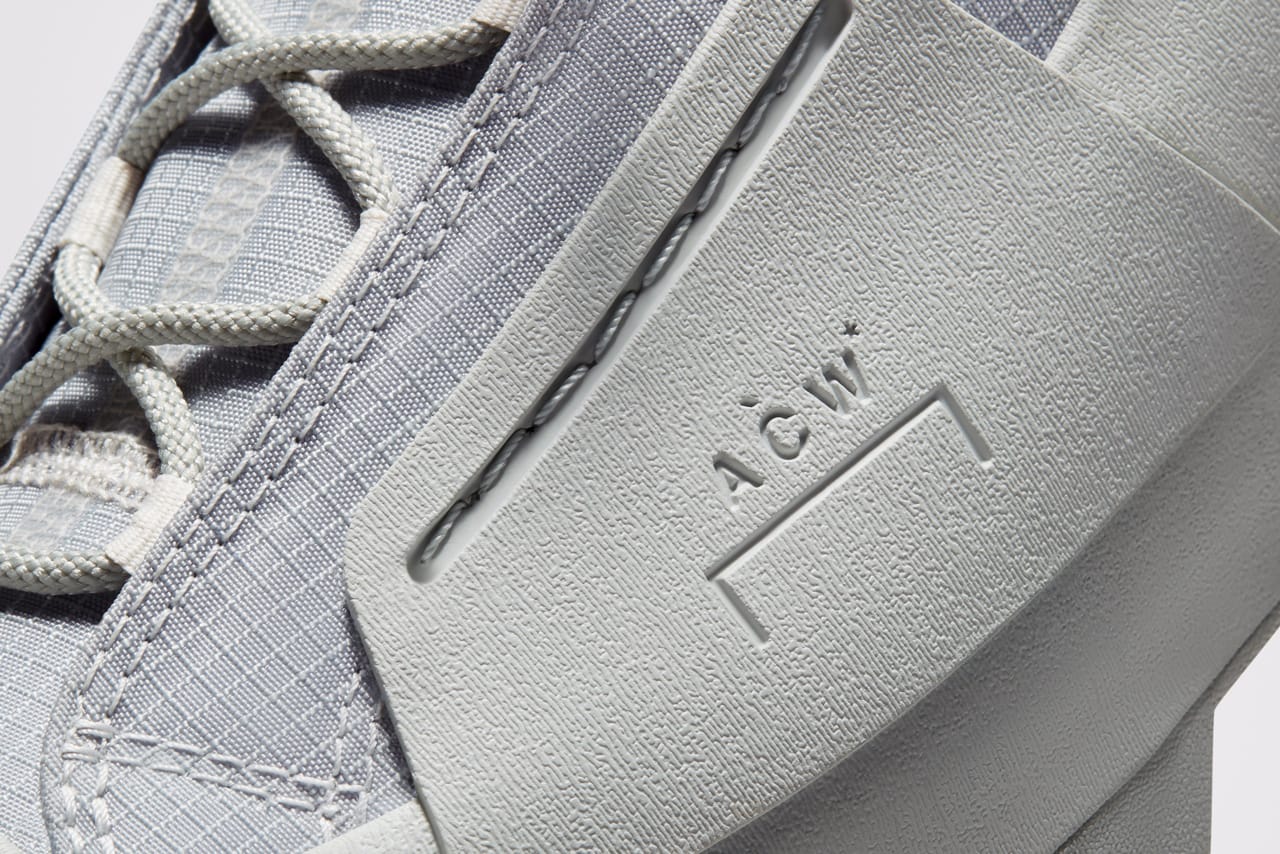 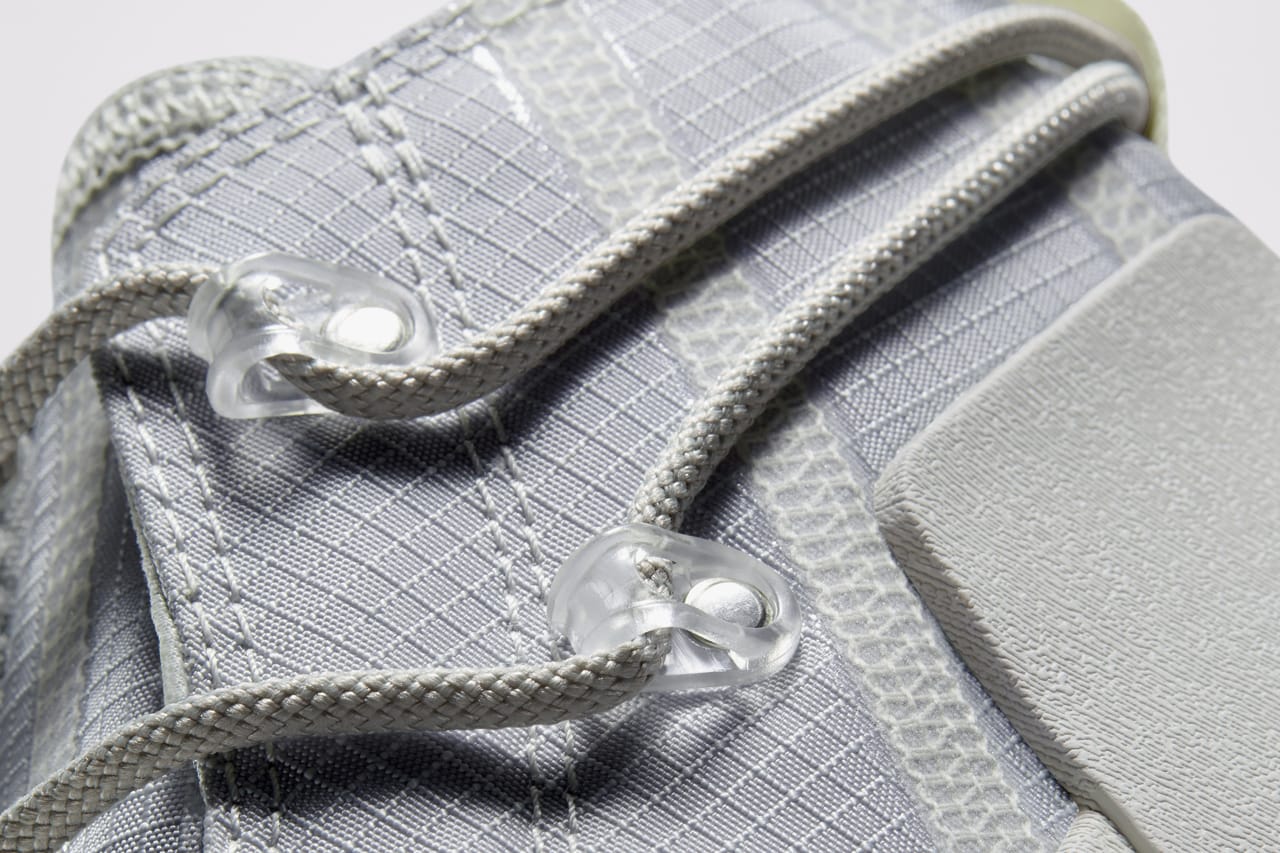 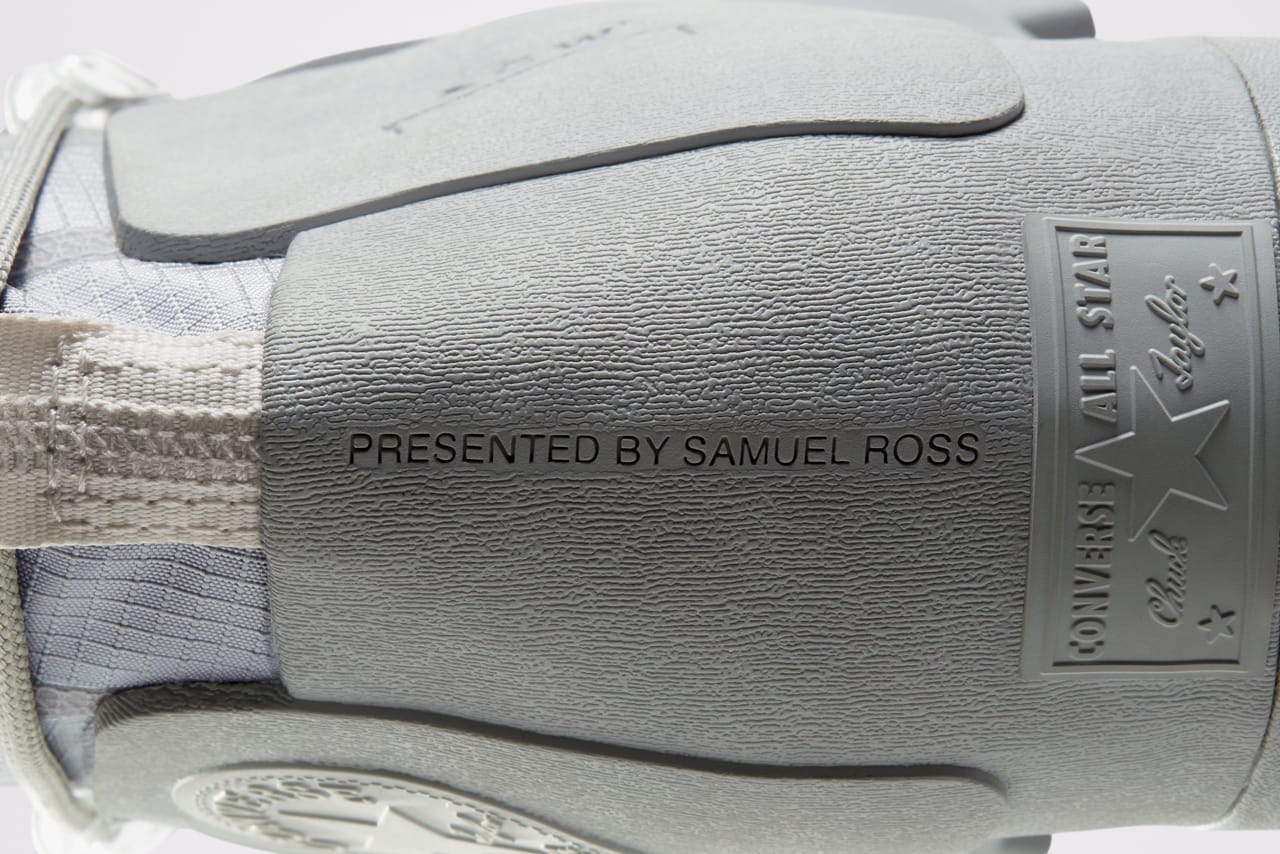 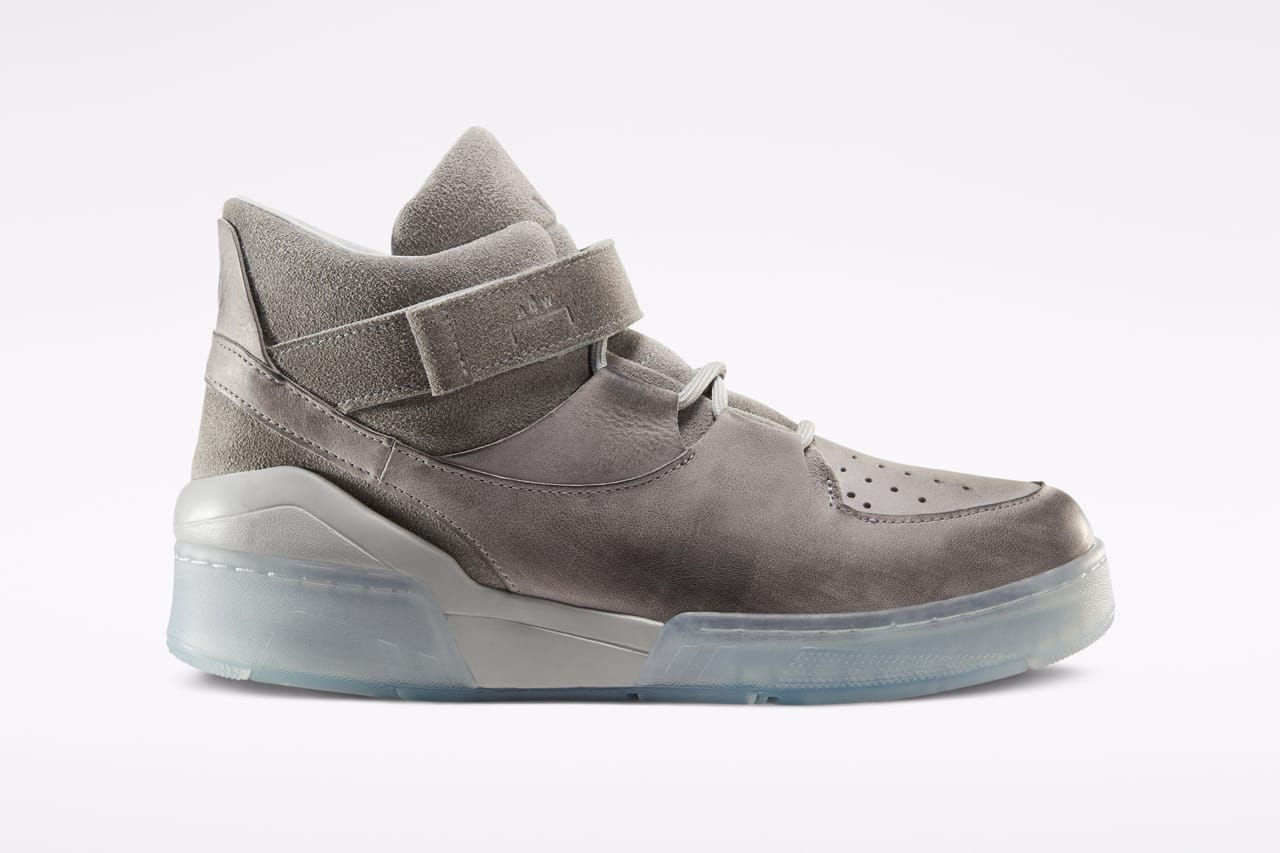 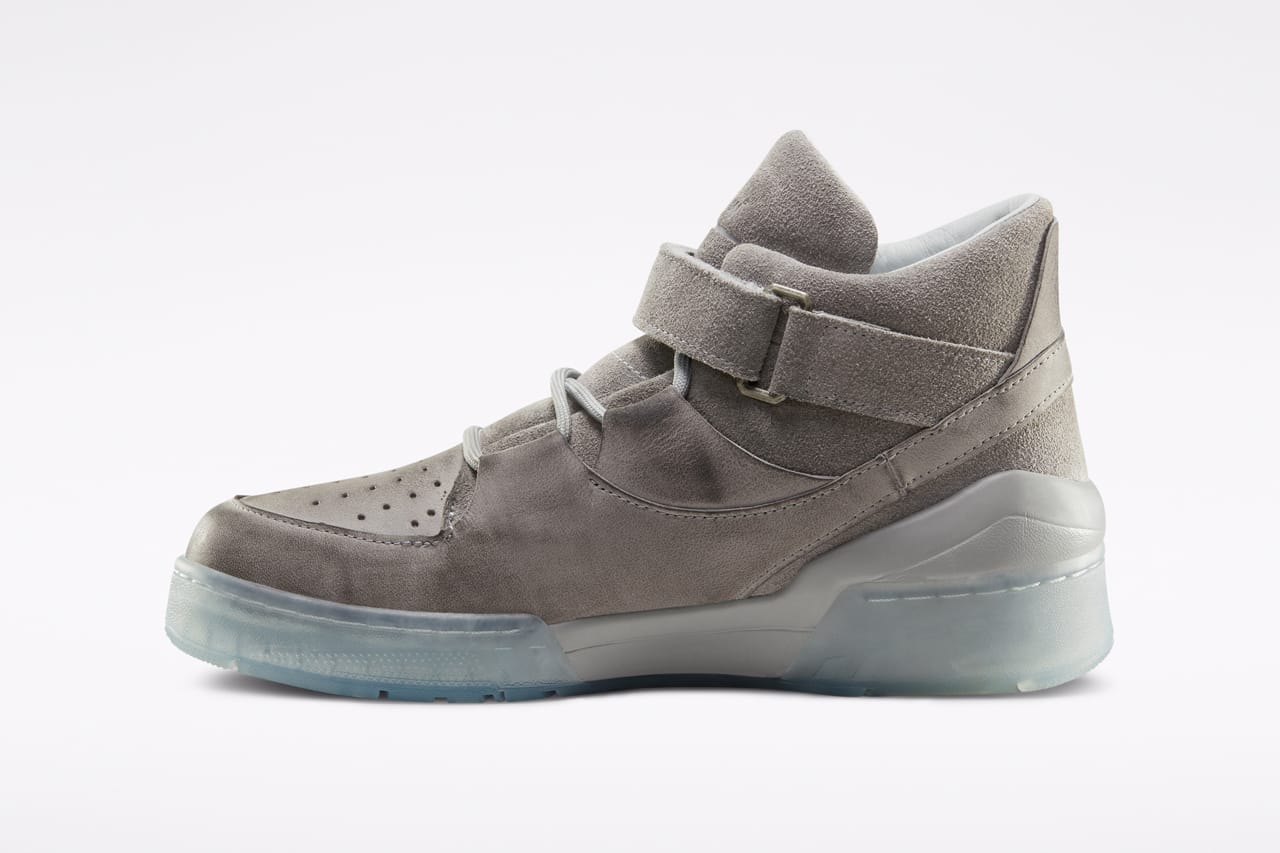 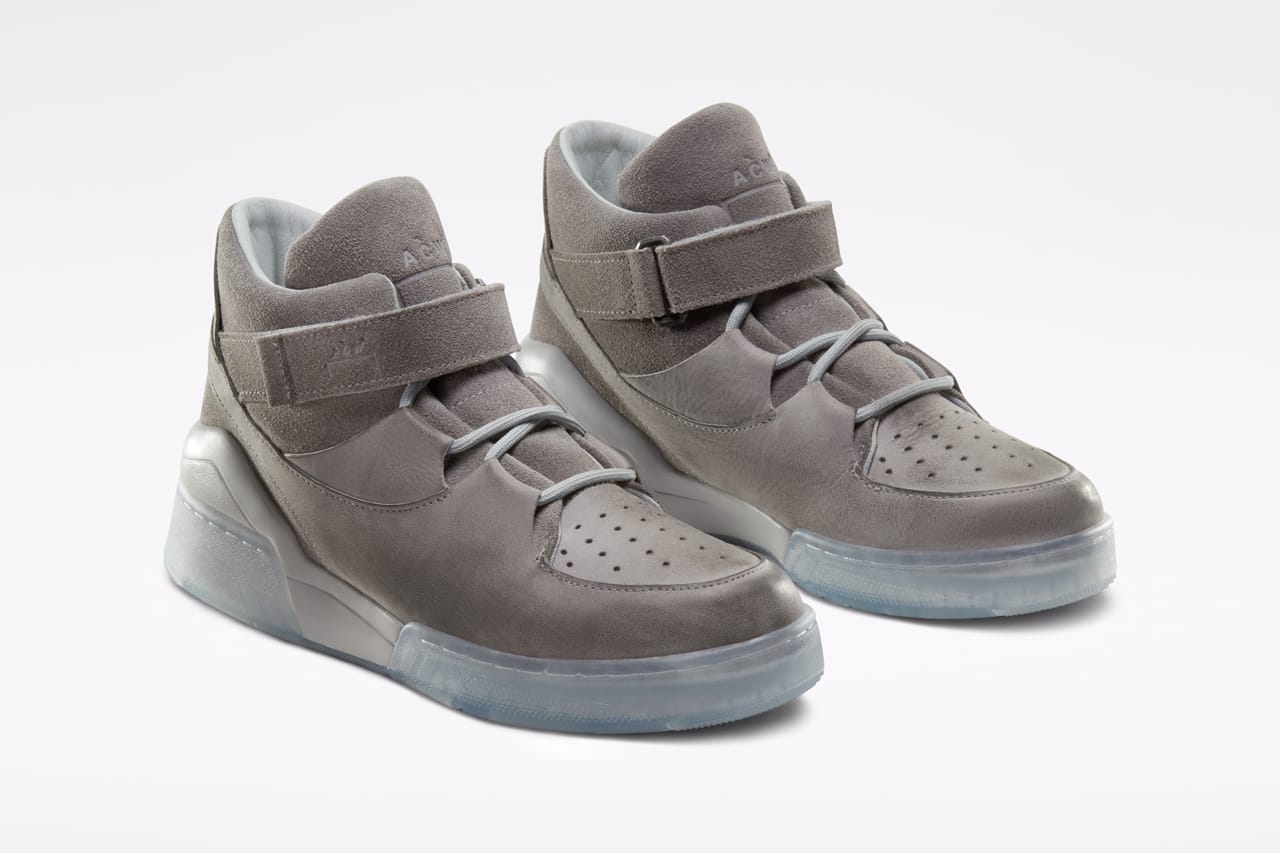 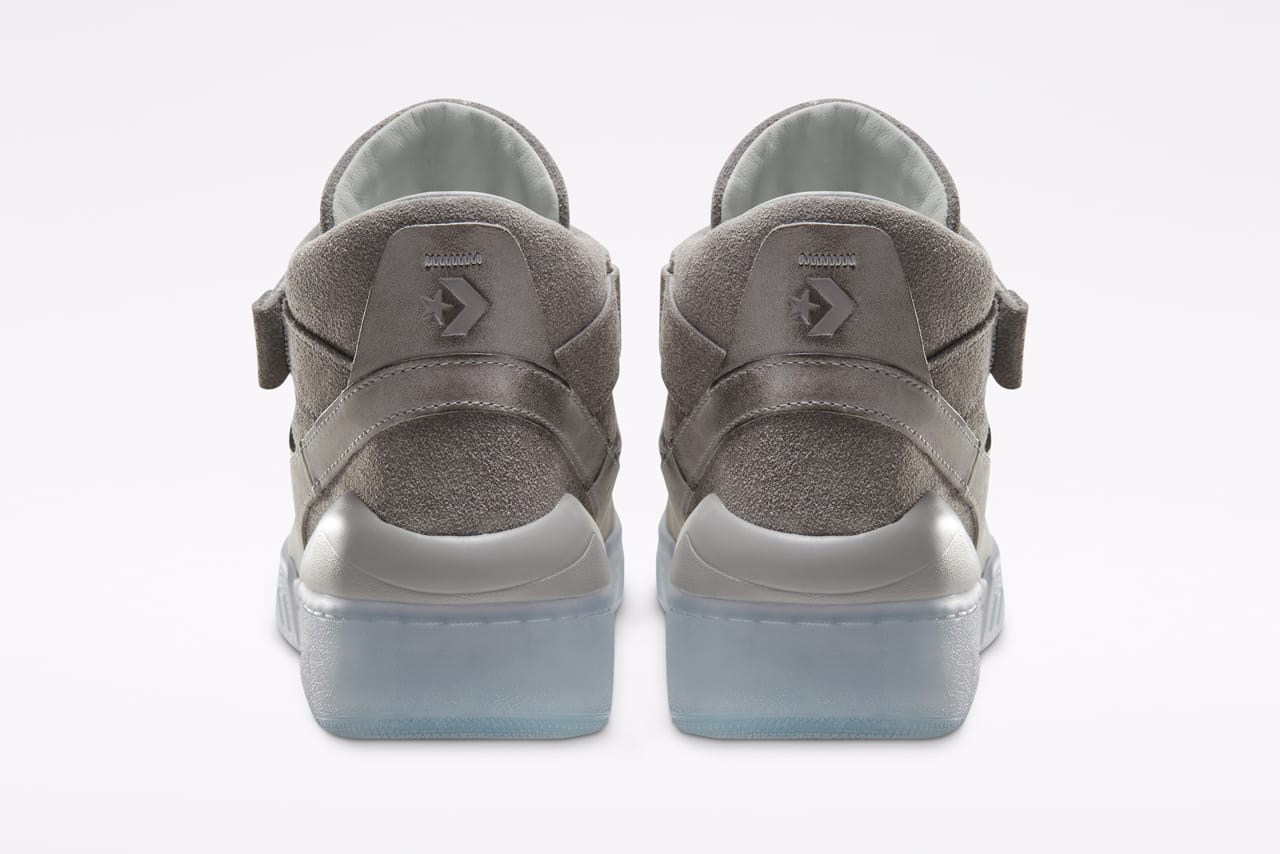 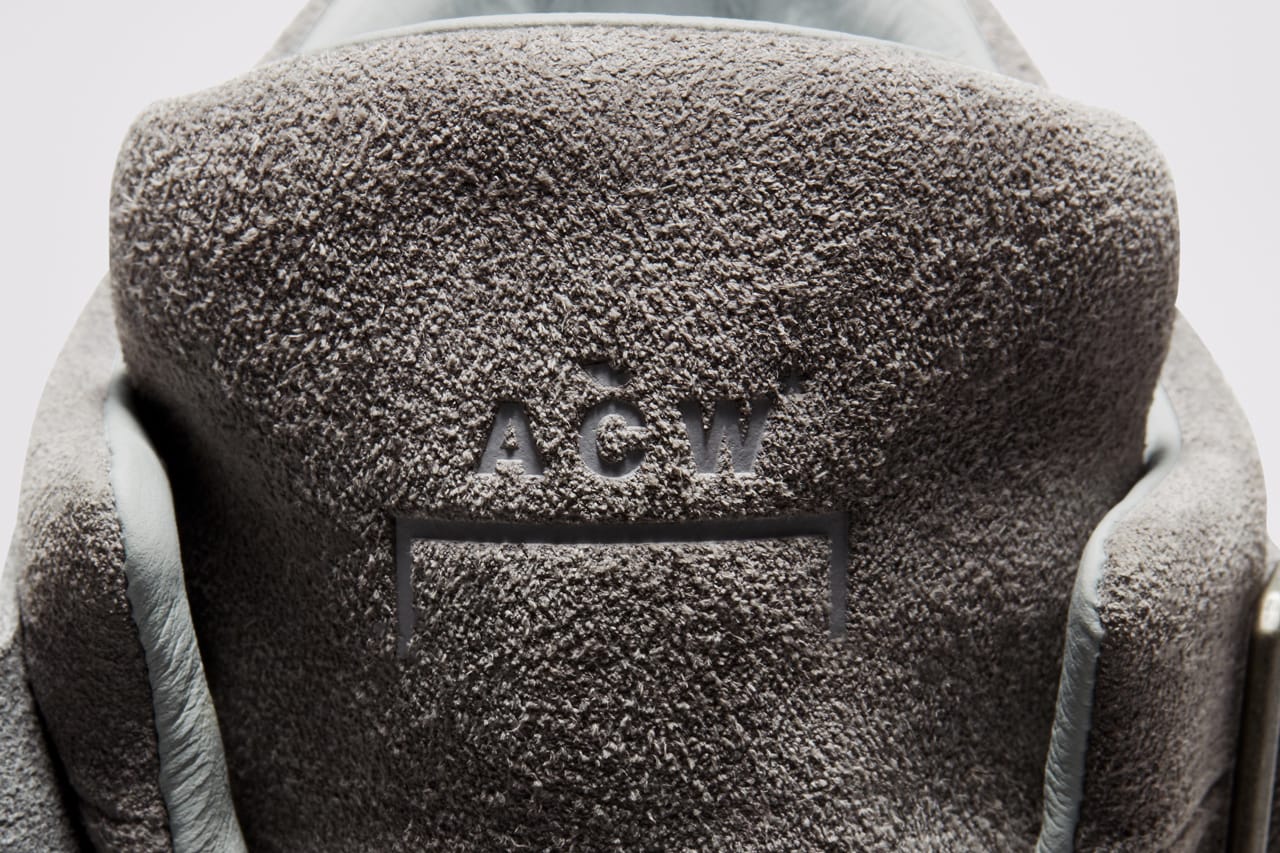 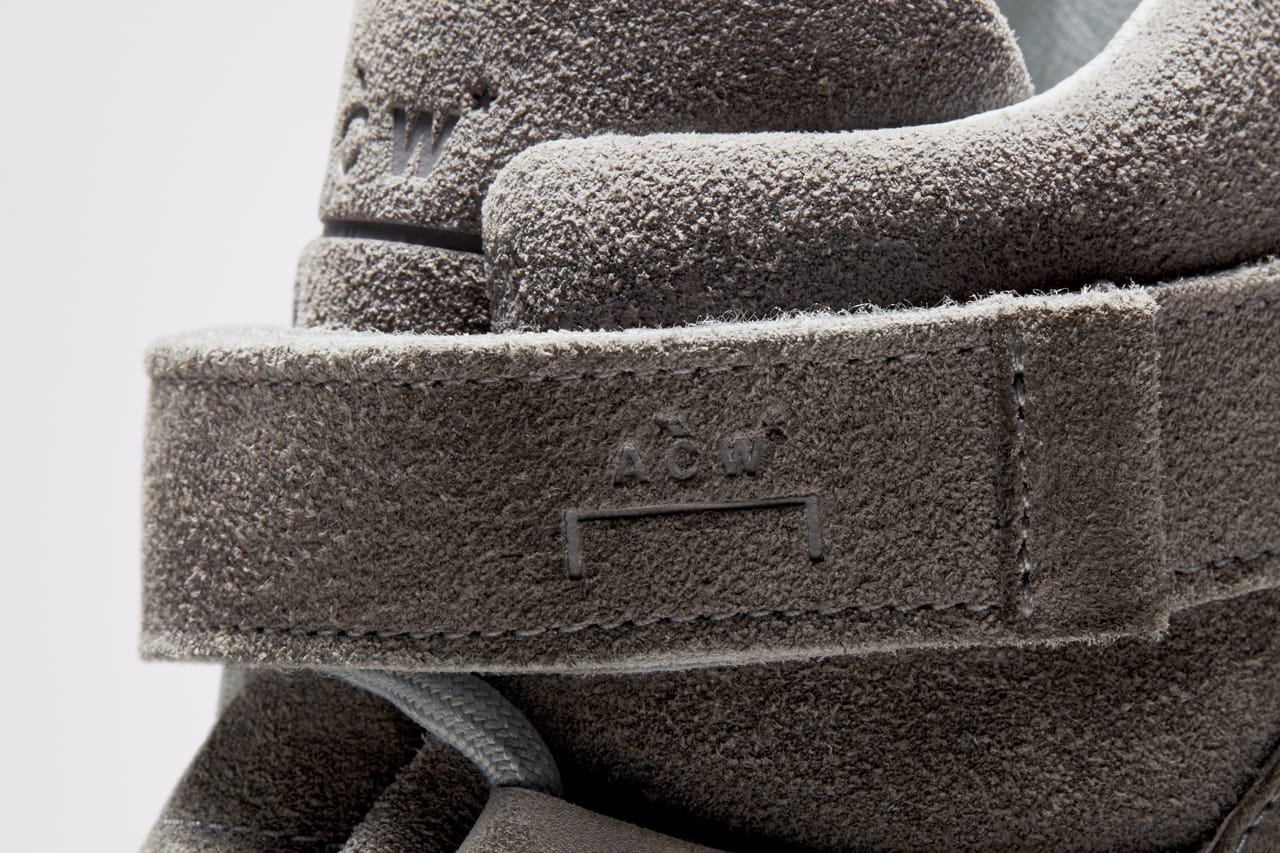 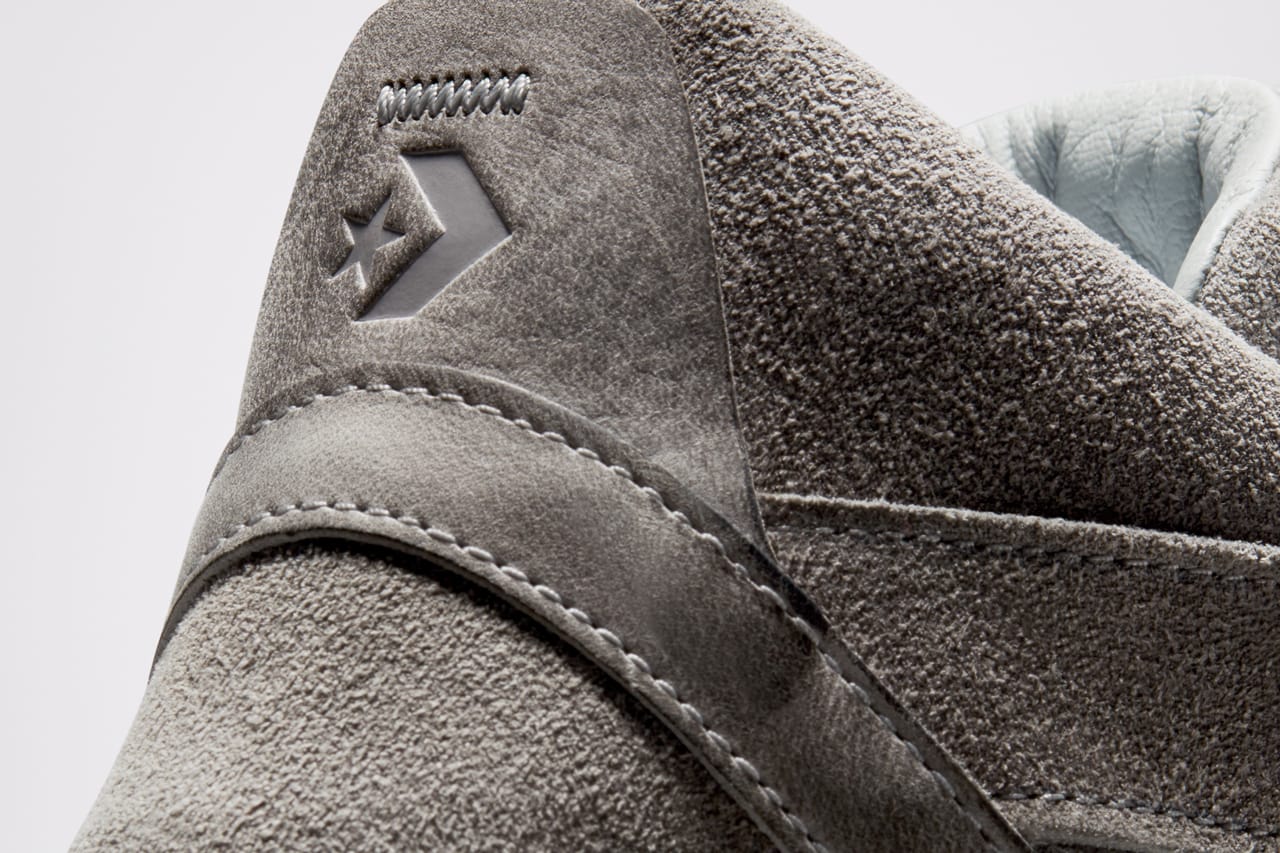 The Chuck Taylor All Star Lugged is a weatherized version of the classic Chuck, and Ross’s take on it toes the line between sneaker and boot with a thick rubber outsole and toe bumper plus overlays that rise up onto the woven ripstop upper. An inner bootie provides warmth and lockdown, while ACW and Converse branding is placed on each piece. Elsewhere, the ERX looks to its basketball heritage with a full patinated suede build, a large collar strap and a stripped-back lacing system. This simple-yet-effective upper rests atop an icy blue midsole to finalize the style. Rounding off the offerings are two tracksuits, one with a traditional basketball cut and one with more asymmetrical detailing that’s sure to please ACW purists.

Ross also granted HYPEBEAST an exclusive interview, in which he dove deeper into the ethos behind the collection, his thoughts on collaboration and his history with the models. Check it out below.

HYPEBEAST: Tell us about the footwear silhouettes in this new Converse collection, how you selected them, and how they fit into the overarching ACW ethos.

Samuel Ross: Both are iconic models. Selecting the Chuck Taylor and ERX was second nature. Meshing the notion of performance with environment informed our self-written brief. The feeling of a brutalist yet minimal environment, set across a series of textures reflecting a spontaneity often found when casting ceramics and concretes, or working through an industrial fabrication process are all present. Engaging the themes of terrain and exploration were key focuses.

The collaboration appears to be rooted in Converse heritage, but pushes the envelope of contemporary design in true ACW fashion. How did you manage to find a happy medium between the two?

Time, we took our time. We re-sampled a lot across the past two years. Re-molding and fine-tuning details such as flat locking all visible seems before heat pressing seam tape over the overlock, which is woven into a 2L ripstop nylon. The collection has gone through several evolutions behind the scenes. This includes the visual language, typography and photography, film elements and global communication. Capturing the feeling and texture that is both a shared mood, whilst being intrinsically Black-British — we’ve worked so closely as a team to produce a form of communication that is distinct yet not alienating.

How has your approach to collaborative footwear evolved and changed over the years, and how do you see collaboration as a whole evolving over the course of this decade?

I’ve become far more particular and intricate regarding form. Locating a mid-point between sculpture and function has become a law in the development process.

Storytelling is a huge part of any footwear collaboration. As someone who grew up wearing Chucks, how important is it for that story to be told correctly on your very own pair?

Well, that’s what informs a personable feeling regarding product – stories are there to inform your point of difference. Though it is not the end point, it’s a first stage of the design process – we need to move beyond just liking something because it happened at some point in time, that’s a bit juvenile. Stories are great to humanize a footwear collaboration, though I am more concerned with how a particular mood or feeling, and environment inform footwear design.

What’s your favorite thing about working with Converse?

Converse and their key team are incredibly open and responsive to new ideas, concepts, and modes of reinterpreting their brand – there’s a confidence in inverting process and existing foundations to define a new slant and opinion.

Tracksuits are an extremely versatile garment, as shown by the two vastly different styles in the collection. What can a tracksuit communicate?

Primarily comfort, performance and function. Both tracksuits open, to respond to fundamental needs such as breathability and perspiration. A focus on re-engaging the warm-up tracksuit became quite a priority.

The A-COLD-WALL* x Converse Chuck Taylor All-Star Lugged and ERX will release via the A-COLD-WALL* webstore August 14 before hitting the Converse webstore and retailers like HBX on August 17. The MSRP for the Chuck is set at $140 USD, while the ERX arrives at $160 USD.

Elsewhere, Maison Margiela and Reebok are gearing up for the full release of their. Tabi Instapump Fury.
Source: Read Full Article