A SINGLE mum-of-two was left devastated when she was evicted from her home with a brutal note from her landlord.

Sonja Lee, 33, from Texas, was given an insensitive letter which had an emoji waving her goodbye, after she fell behind on rent during the pandemic. 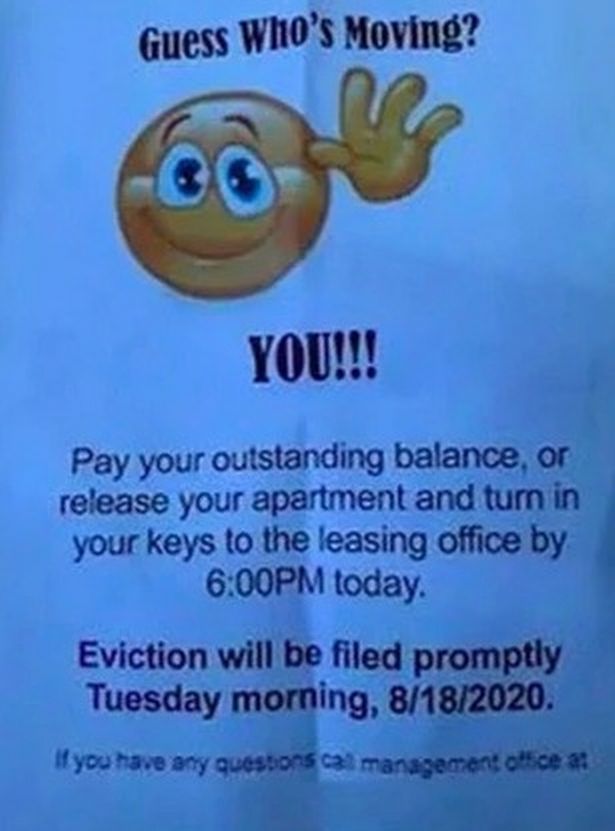 Unemployed Sonja found the cruel note taped to the front of her door on Monday, which ordered her to pay the remaining rent or vacate that same day.

The note said: “Guess who's moving? You!!! Pay your outstanding balance, or release your apartment and turn in your keys to the leasing office by 6:00 p.m. today.

Speaking to ABC 13 Houston, devastated Sonja said she was struggling to make ends meet after losing her job in March, and owed rent for June, July and August but had spoken to management. 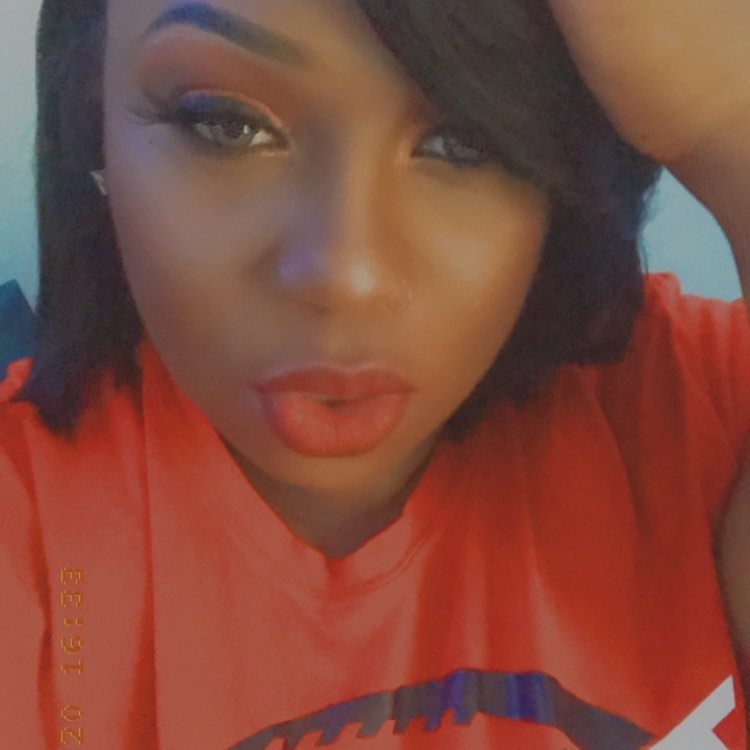 Sonja, who had sons Patrick, 12, and two-year-old Sean, said of the note: “I was shocked. Not shocked because I was behind on rent, but shocked at the insensitivity of the letter.

“It was very tacky and tasteless and very unprofessional. I felt like they were antagonising tenants for not being able to pay their rent.”

Karya Property Management, who owns the apartment complex where she lives, had apologised for the note.

CEO Swapnil Agarwal confirmed to the news station that Sonja is not being evicted, and the manager who sent the letter has been reprimanded.

Swapnil said: “Buck stops with me, so yes, I do personally apologise.

“I wish I had the time and the resources to reach out personally to every one of them who have dealt with any issues at our properties.

“But I am apologising personally in case it was insensitive, and if she was really trying to work out a payment program with the property or that she was in communication with the manager, then I accept it's truly our fault.”

I was shocked. Not shocked because I was behind on rent, but shocked at the insensitivity of the letter.

Sonja said people have contacted her offering to pay her bills and she has been moved by the response.

She said: “It's been so overwhelming, and I am so grateful. I have never experienced anything like this.

“Another young lady assisted me, she paid all of my light bill.”

Sonja is also due to start a new job next week.

Meanwhile, a mum was shamed with cruel note for parking in disabled spot with her wheelchair-bound daughter who is ‘fed through a tube’.

And we shared how the eviction ban is to end next week – your rights if you can’t pay your rent and how to get help if you’re in arrears.