John Milton and his wife travelled to the war-torn African republic to take incredibly offensive images. 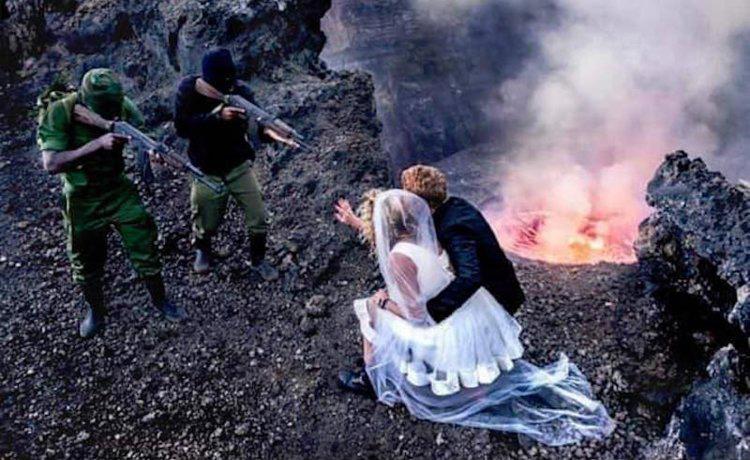 Milton, a travel photographer posed and shot a variety of images which featured him in a suit and his wife in a wedding dress.

One image sees the newlyweds getting 'married' at the top of  the active Mount Nyiragongo volcano which ruined the lives of many when it previously erupted in 2002.

They pose at gunpoint, which seems to mock the Congo's active warring status. 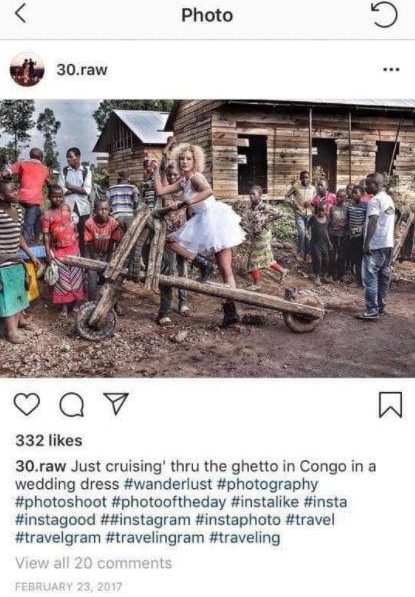 Another photo shows Milton's wife posing with locals, referring to her poverty-stricken location as a 'ghetto'.

She also uses hashtags such as wanderlust and instagood on the image.

Responses to the tweet are all of a similar tone, one user named  Zoe Samudzi said: "I'm trying to figure out the worst part of this, but I feel like the use of the wanderlust hashtag juxtaposed with this violence trivialising backdrop might be the worst part".

And another named forkboy84 added: "If anyone saw this and didn't have to fight a strong urge to shout at their phone/computer/device I'm not sure I can trust them". 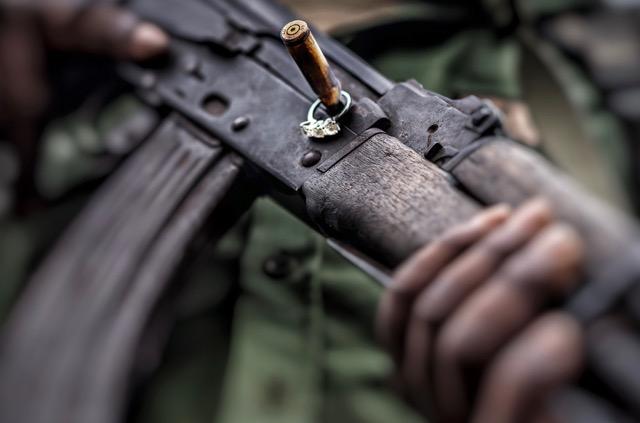 Another sickening image shows an AK47 in the hands of a Congolese person, with a diamond ring in focus.

This particular post was captioned with 'Blood diamonds what a combo! Diamonds and an AK47".

It's unclear what the reason behind the images were, and what the couple's intentions were.

Jameela Jamil has been praised for revealing unedited images which display her stretchmarks.

And one woman has revealed her horror of reuniting with her biological father only to be sexually abused.