THE birds and the bees chat is no easy feat.

But one mum was left explaining more than she'd hoped when her young son discovered a children's book that explained how babies are made in the most bizarre way – and it was so graphic even she was left shocked. 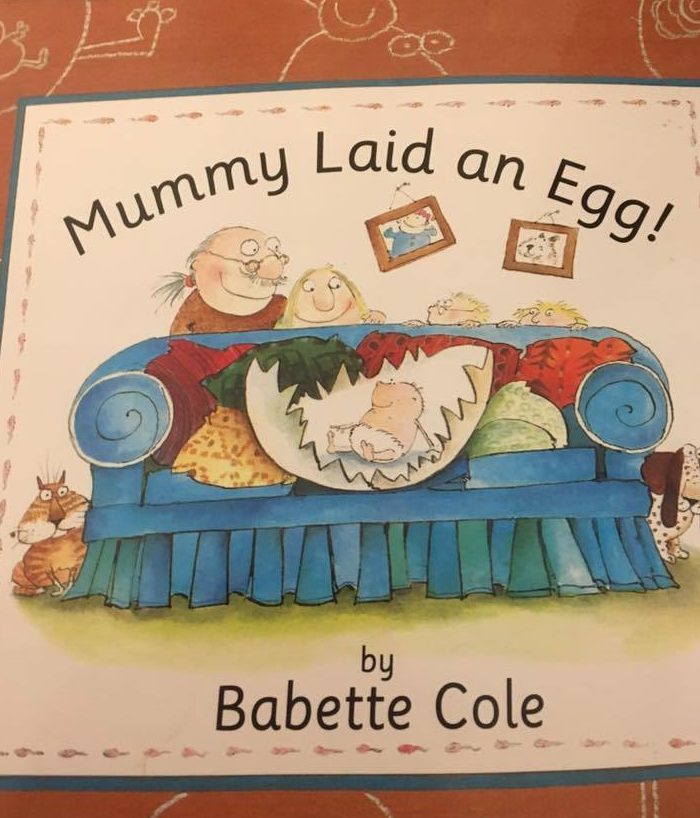 Taking to Facebook, the mum shared what she'd discovered in hope other mums could relate to the shock horror she'd experienced when first learning of the "child-friendly Kama Sutra guide".

And since discovering it's contents online, other people were left in disbelief that such a book even exists – especially for children.

The children's book titled " Mummy Laid an Egg!" started off  like any other fluffy tale of this nature,  explaining that girls were made with "sugar and spice and all things nice".

Explaining it was, at this point, "innocent enough", the mum-of-three continued to flick through the book when things took an unexpected turn. 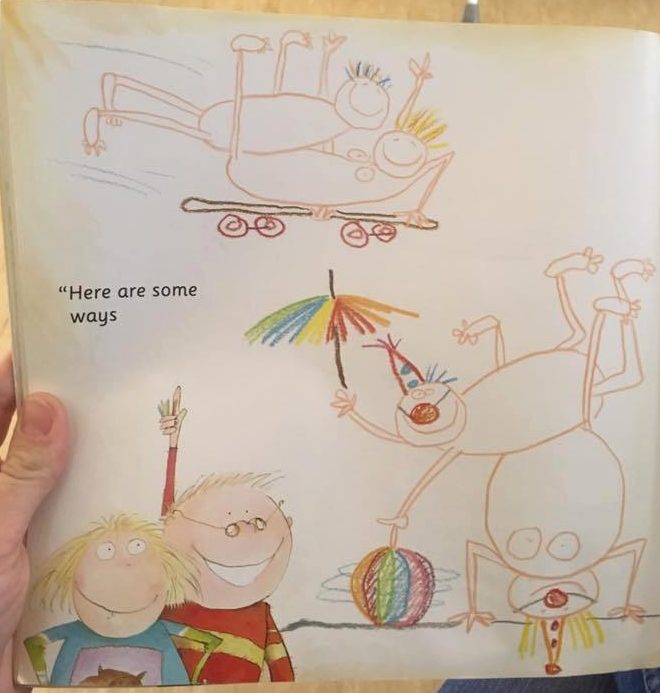 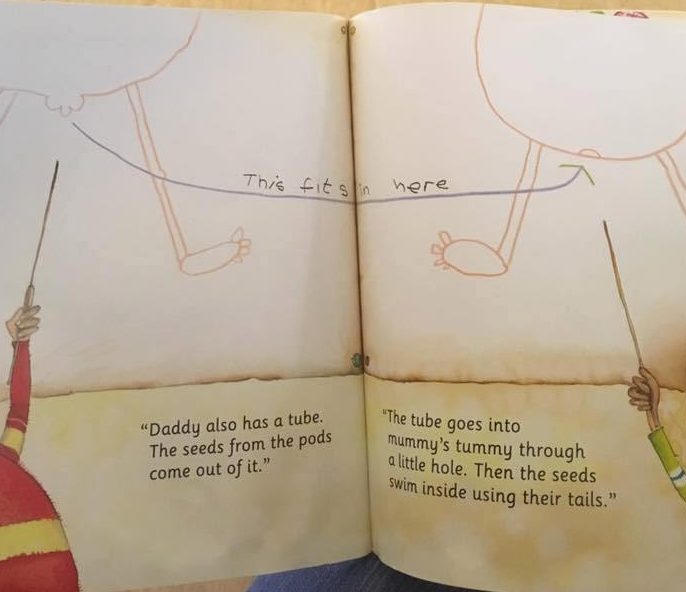 Upon reaching page six, the mum-of two was introduced to "daddy's  friendly looking seed pods!" coupled with a picture of "daddy's" bits.

And as the pages turned, daddy's  "seed pods"  could be seen trying to reach "mummy's tummy" through, what the book described as, "mummy's little hole".

The "aerial acrobatics" as the mum described, was to show the many ways "daddy's seed pods" get into "mummy's tummy through the little hole" with a variety of images that would rival any adult magazine. 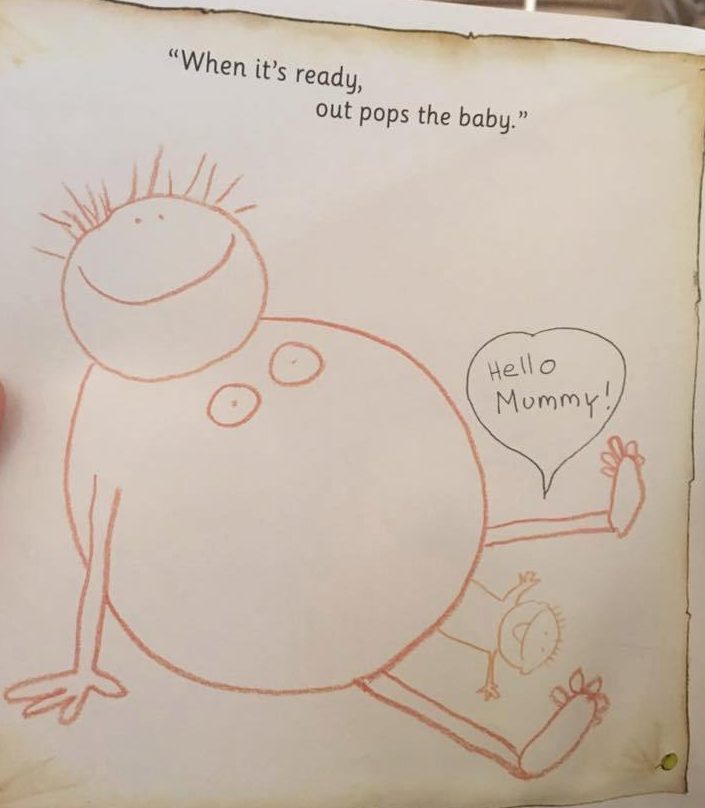 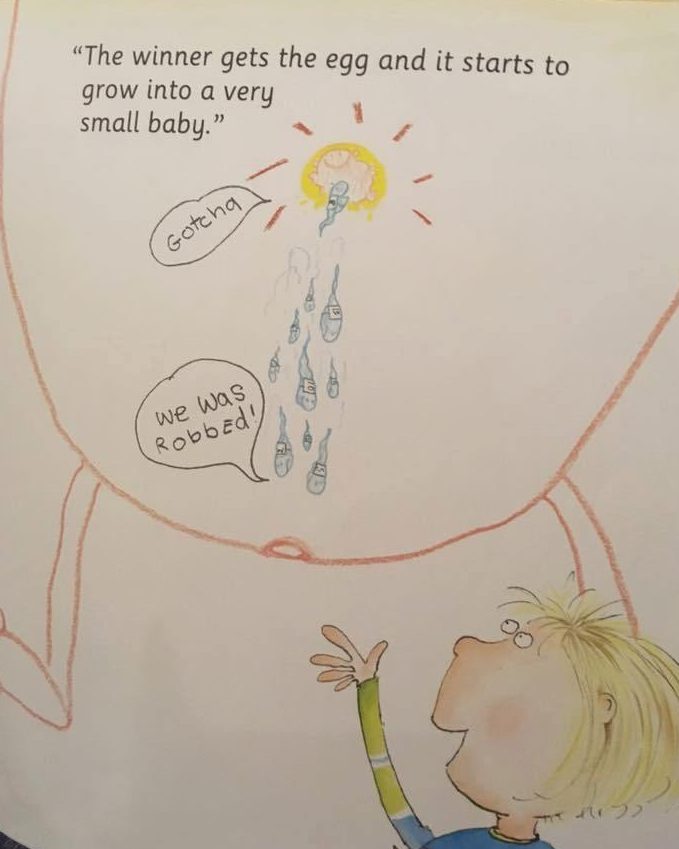 Feeling both shocked and amused, the mum shared pictures of the book along with a hilarious recount of the situation that left her with "4 billion questions I hadn't planned answering".

The post has  since spread like wild fire, and has racked up almost 50,000 likes and 70,000 comments, with parents and even non-parents absolutely baffled and amused by graphic explanation.

Many people alerted friends and family by tagging them in the post, while others were simply left shocked by the content of the book.

One person said:"Usually I find myself being super quick with my witty responses, but I've been sitting here for a few minutes and I have nothing."

And another wrote: "OMG .. there better be a warning in the book somewhere . That’s hilarious!"

While a third joked: "Perfectly explained! What a lovely children's book. Amazing author and even better illustrator! Bravo"

In other hilarious parenting news, this mum was left mortified when she sends her kids to school dressed as crayons then realises she’s made a massive blunder.

And we recently shared this Mum’s hilarious reaction when she realises she’s driven her kids to school but forgot to put them in the car.

Meanwhile, Mum shares her massive stockpile which is so big it needs its own room – as coronavirus panic-buyers rush to shops.