THIS new brainteaser in certain to get you in the mood for Christmas – with bonfire night and Halloween a distant memory.

The mind bending puzzle, created by fashion retailer Missy Empire, challenges you to pick out the reindeer headband buried amongst a sea of Christmas jumpers. 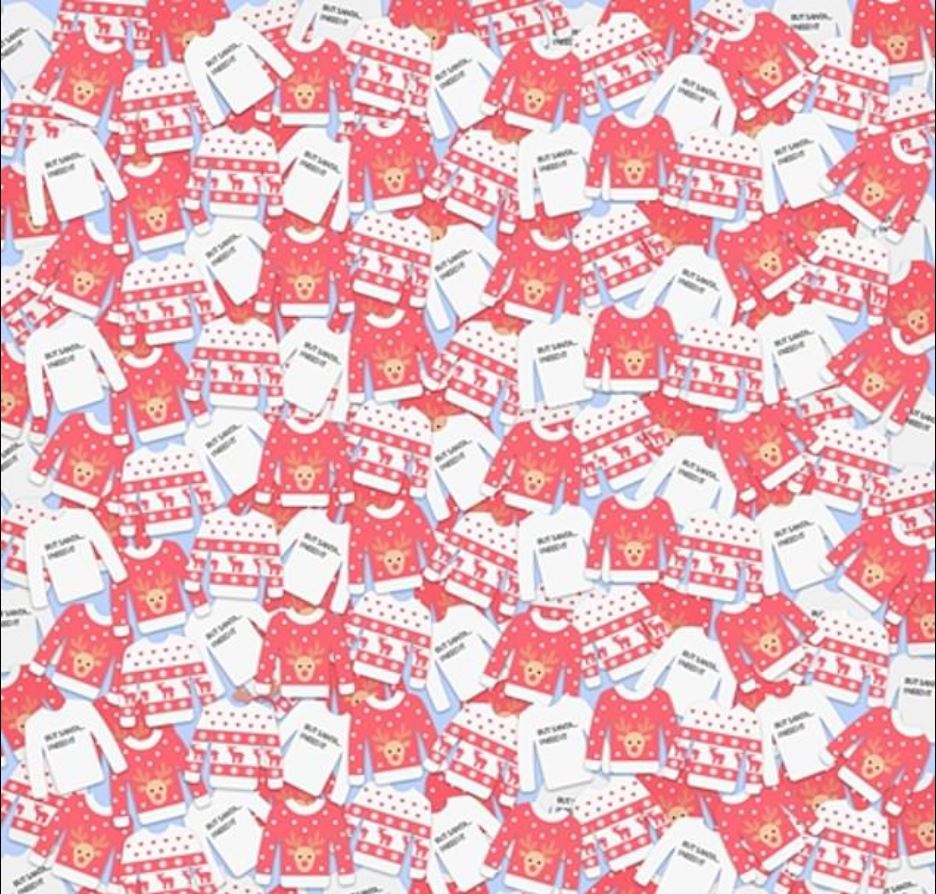 The visual conundrum is no mean feat with the answer buried under an ocean of white and red patterns.

It's easy to see why people up and down the nation have been struggling to identity the sought-after item.

The designers have revealed that the current record stands at an impressive 12 seconds – but can you do any better?

The graphic showcases the most popular style of Christmas Jumpers according to Instagram.

The most popular style of jumpers are those with a character, followed by a traditional style, then those with a slogan.

If you're struggling to find the answer, here's a clue: have a look around the bottom left of the image.

Give up? Scroll down to find the answer circled in black. 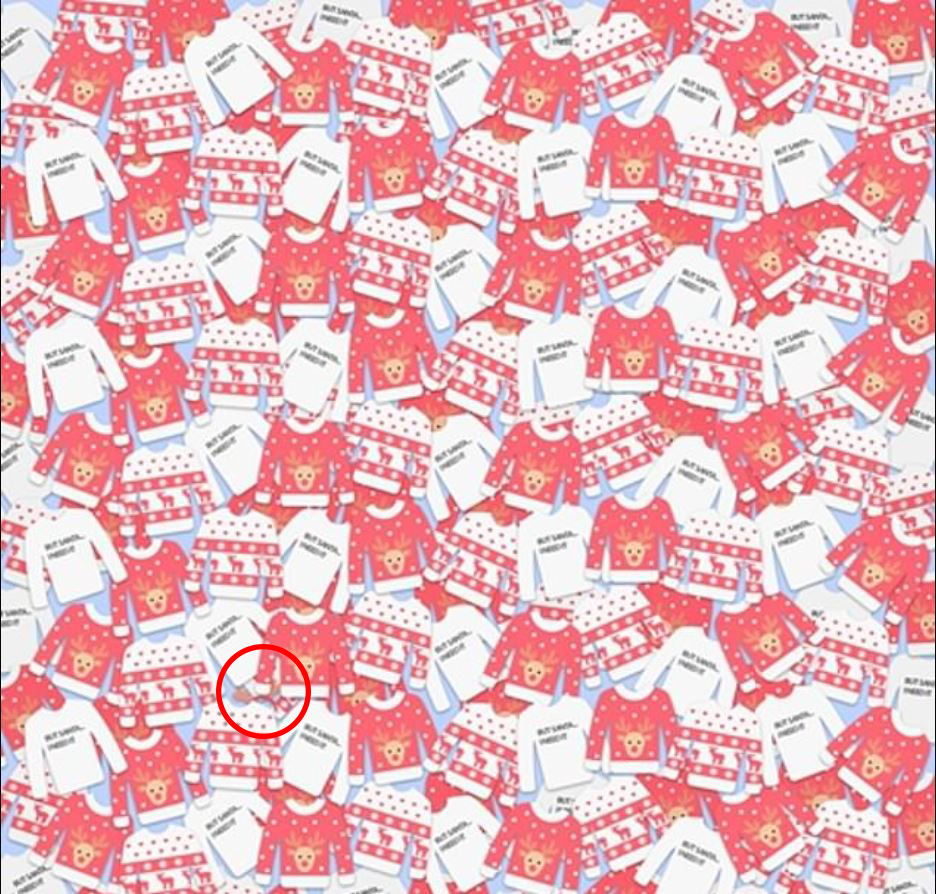