NEWS COLUMN: Acne Studios has revamped its flagship store in Stockholm, located in a former bank where a hostage crisis in 1973 gave rise to the term “Stockholm Syndrome.” The revamp reveals the original marble structure of the space, which echoes in every aspect of the décor. 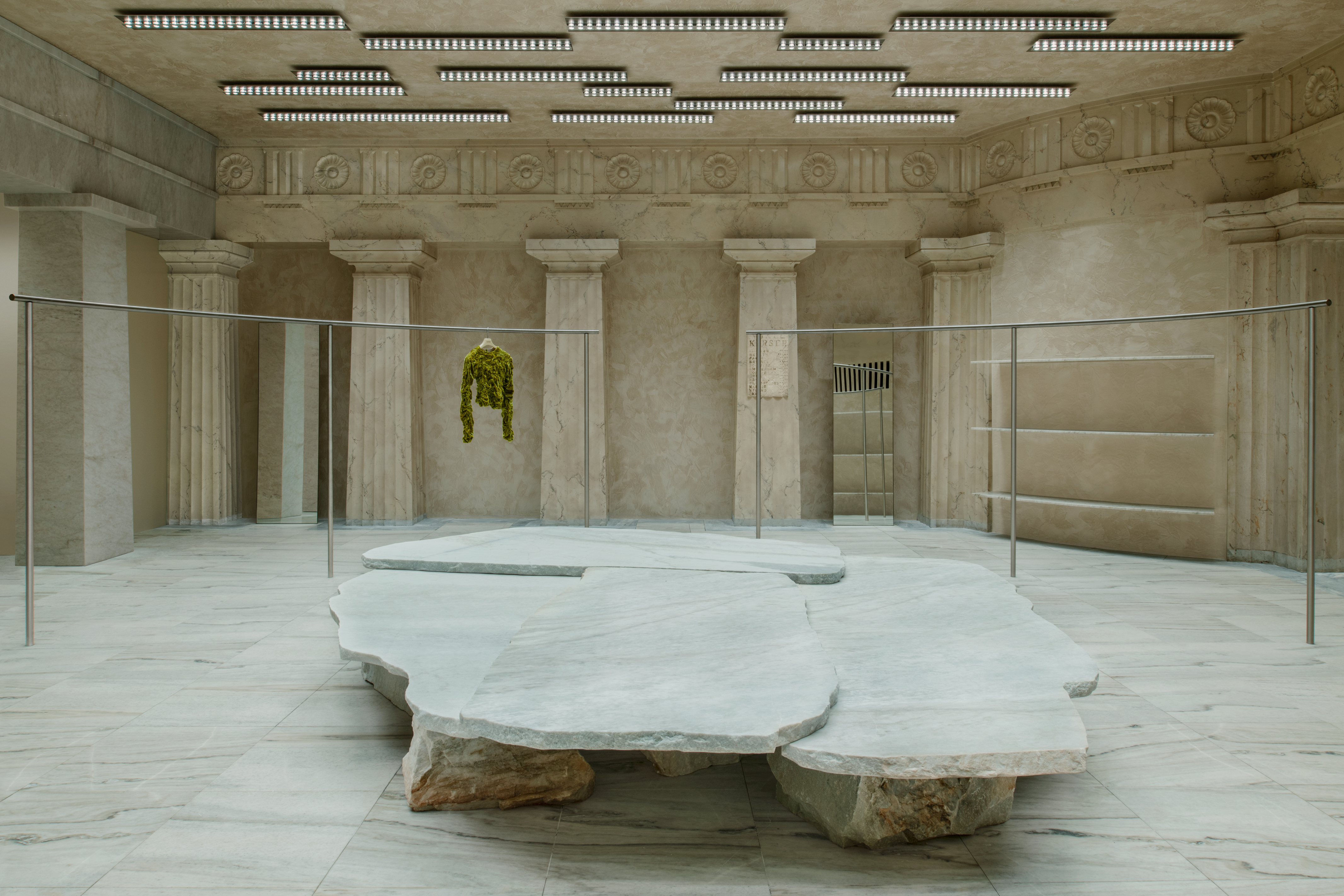 “It’s a temple,” said Acne Studios creative director Jonny Johansson. “For me, the idea of a temple is a place that belongs to no one but is owned by everyone. It’s part of our history but also the future. This is how is see our monumental flagship store in Stockholm.”

To mark the reopening of the boutique, Johansson created a Stockholm Syndrome capsule collection, commemorating the six-day siege during which four employees of the bank appeared to develop sympathetic sentiments towards their captors.

The items, including a T-shirt, tote bag, scarf and wallet, feature collages of news coverage from the period. The capsule collection is available at the renovated store, located on Norrmalmstorg in Stockholm, as well as selected Acne Studios stores worldwide and online.

Acne Studios last year opened its new headquarters in a Brutalist building from the Seventies that was formerly home to the Czech embassy in Sweden. Among its upcoming retail projects is the renovation and expansion of its store on Greene Street in New York City, due to reopen in the second half of 2021. 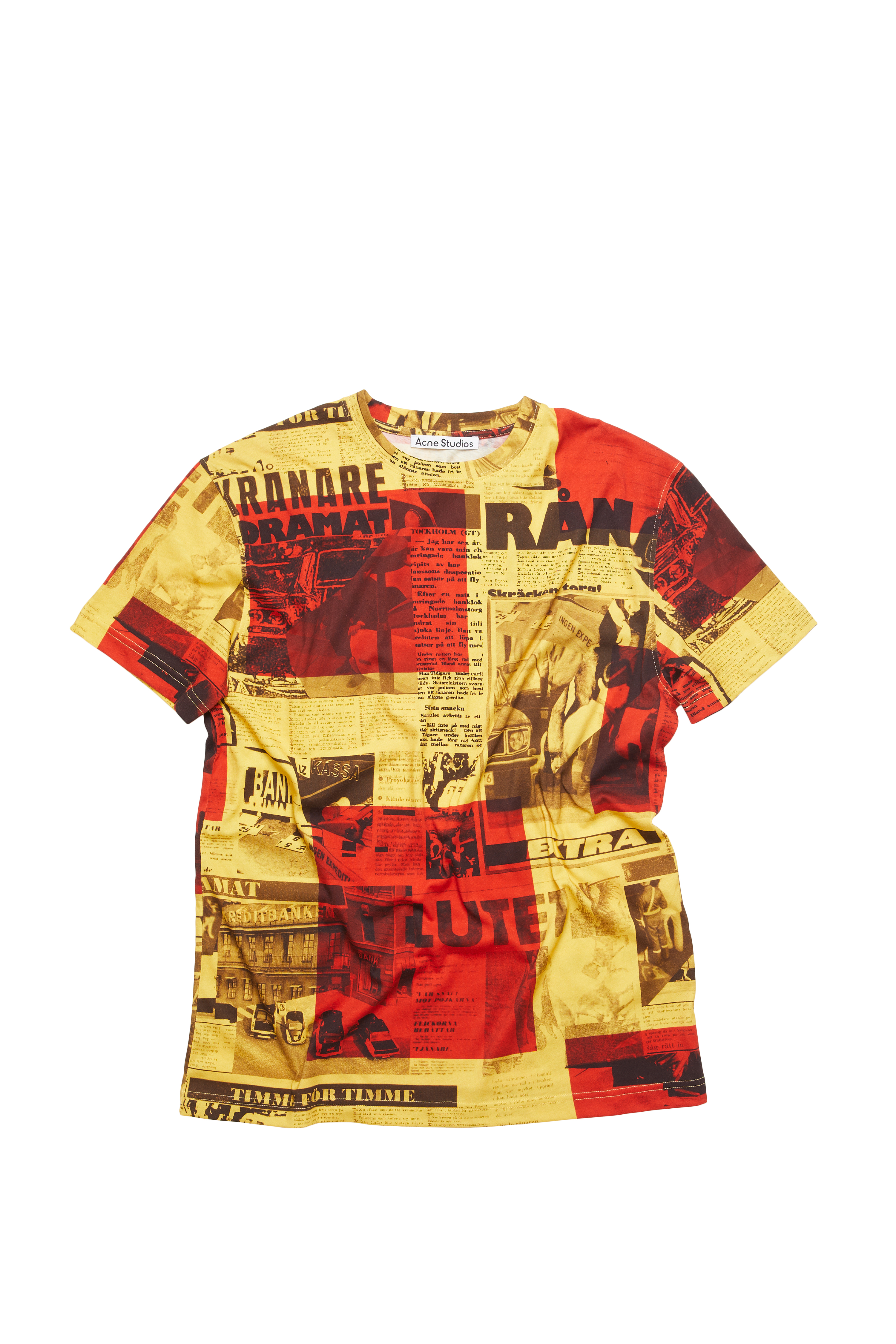