Occupation: Designer and writer; author of “Schott’s Miscellanies,” “Schott’s Almanac” and the new novel “Jeeves and the King of Clubs” (Little, Brown).

His Favorite Room: Mr. Schott lives with his wife in the top half of a townhouse built around 1790 in the Georgian style, which he calls “the most humane scale of architecture.” The home features a sitting room with volumes of the Oxford English Dictionary and odd curios like a phrenology model head. “People walk in and say, ‘Of course, this is your apartment,’” Mr. Schott said. 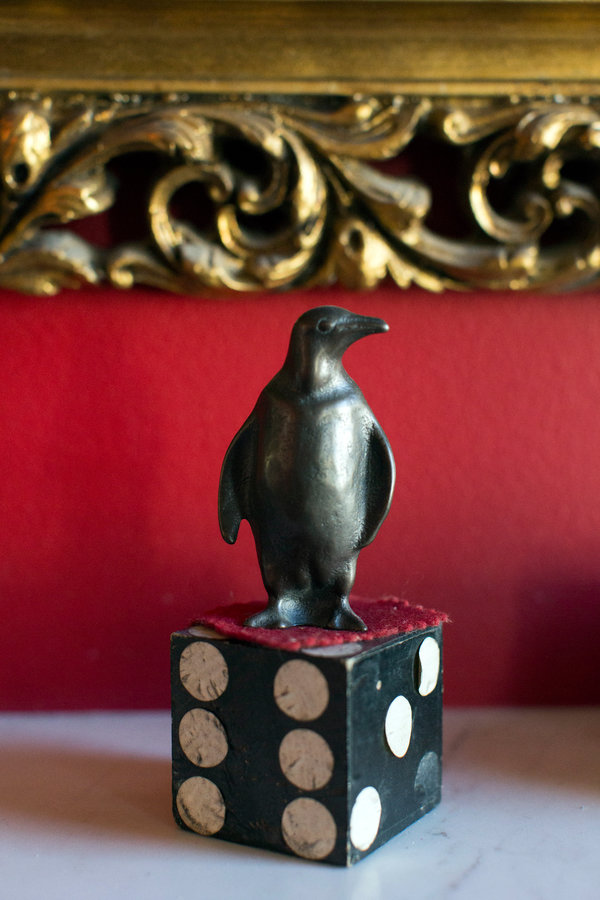 What’s the definition of a sitting room, exactly?

In England, there’s almost a class distinction between what people call a sitting room, a living room and a lounge. They’re all the same room. This is where I relax, entertain, listen to music. It’s where I do most of my reading.

With the leather sofa and the globe, the room feels very clubby.

I love gentlemen’s clubs. The British version. Not what you consider a gentlemen’s club in America. There’s the fire and a place for your drink. It’s a cocoon. Also, I’m a big believer that you should furnish a room in the architecture style of the building you’re in. I kind of created a mini club in my apartment.

You could wear them in a club. These are from Topolina, in Marrakesh. It’s like a Marrakesh Pucci. It’s a stunning shop. You look at them and you’re like, “That’s from Topolina.”

Did you pick up the phrenology head while researching one of your books?

It’s been with me for years. It has two meanings. First, it’s about taxonomy and organization of knowledge, one of my great fascinations. The other is I come from a family of medics. I find it amusing to have something that’s completely unscientific, to remind myself I’m the black sheep of the family and not a scientist.

And why the wooden dodo bird?

It’s papier-mâché. I commissioned it from an artist named David Farrer. It’s covered in pages from foreign editions of “Schott’s Original Miscellany." I gave him copies and he made a dodo. Partly because writing a book seems to be an incredibly extinct activity.

I can picture you in here poring over the O.E.D., drinking a brandy by the fireplace. Does it work?

Yes. What is now a modern perk was how you heated your house in this period. There’s an old British saying: You had to know someone seven years before you could touch their fire. It’s a true sign of friendship. Do you feel comfortable touching someone’s log? It reminds me I need to get my chimney swept.

Steven Kurutz joined The Times in 2011 and wrote for the City and Home sections before joining Style. He was previously a reporter at The Wall Street Journal and Details. @skurutz