The end of an era? Lisa Vanderpump isn’t so sure that Stassi Schroeder and Kristen Doute will be able to put their differences behind them.

“Somehow this divide seems pretty permanent right now because I think that they’ve kind of grown apart,” the 59-year-old SUR boss told Us Weekly exclusively on the set of Hallmark’s Home & Family on Wednesday, January 15. “But they’re definitely very vocal about it.”

Stassi, 31, and Kristen, 36, have been on the outs amid the He’s Making You Crazy author’s messy breakup from Brian Carter. While the two women argued about Kristen not being honest about her split, the James Mae CEO told Us on Tuesday, January 14, that her former BFF ditched her because she’s single. 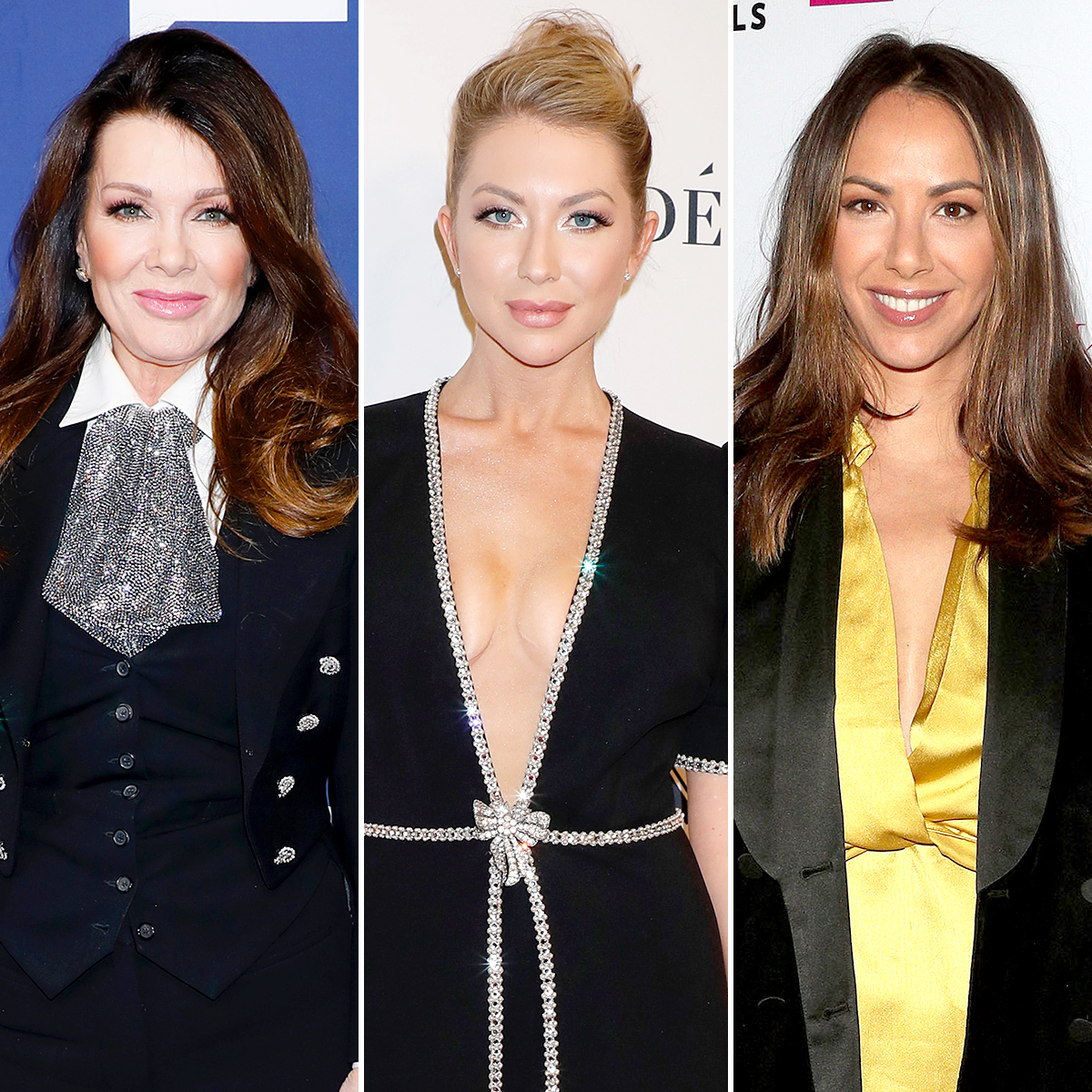 “My [point of view], and I hope that I’m wrong, but it kind of feels like as I’m watching these episodes, and it felt like over the summer, that Stassi was on this high horse of being in this now perfect relationship and now she’s getting married and everything’s great,” Kristen told Us, referring to Stassi’s engagement to Beau Clark. “Lala [Kent] has Randall [Emmett] and Brittany [Cartwright] has Jax [Taylor], Katie [Maloney] has Tom [Schwartz] and ‘OOP, here’s single Kristen, well that doesn’t fit with our group now. You can’t be in our pregnancy pact.’ But I don’t need a man to do everything that I’m doing.”

Kristen added that her friends have replaced her with Lala.

“They found their Kristen replacement, but it’s just different and Lala and I are still friends,” the T-shirt designer told Us after revealing she was hurt by not getting invited to Katie’s 33rd birthday trip to Utah with Lala, Stassi and Brittany. “I just think right now we’re all taking a breath and of course I still have these feelings when I see them, like those girls going on trips together and things like that and I’m like, ‘OK, I’m just back in the Valley. No problem. Thanks for the invite.’ … Happy birthday, Katie.”

Kristen added that the “final nail in the coffin” in their relationship would be if Stassi didn’t invite her to her wedding to Beau. The “Straight Up With Stassi” podcast host, for her part, previously said she isn’t sure if Kristen will be making the trip to Rome for the nuptials.

“There are moments where I get sad and I’m like, ‘Maybe I should end this,’ but our situation is just so much more layered and deeper than that,” Stassi told Us at BravoCon in New York City in November. “So you know what? Sometimes you just need to break from someone.”