Trevor Noah returns to Netflix with a new stand-up special. And the “Masterpiece” adaptation of “Little Women” lands on Amazon.

TREVOR NOAH: SON OF PATRICIA (2018) on Netflix. Trevor Noah, host of “The Daily Show” and author of the memoir “Born a Crime: Stories From a South African Childhood,” is back with a second Netflix comedy special after releasing “Afraid of the Dark” last year. Ever since Noah, the late-night comic, succeeded Jon Stewart in 2015 — just as the United States was gearing up for the presidential election — he’s been unpacking American politics with a healthy dose of tongue-in-cheek humor. Here he shares a startling realization: “We’re living through a time when we are all learning about the presidency at the same time as the president. That’s never happened.”

LE CORBEAU (1948) on Mubi. An anonymous writer begins a smear campaign against a young doctor (Pierre Fresnay) by sending letters to hundreds of French villagers in this drama by Henri-Georges Clouzot. The mysterious notes lead to lethal consequences and reveal the seemingly idyllic community’s darker side. The film, produced by a German production company during the Nazi occupation, caused a stir upon its release. 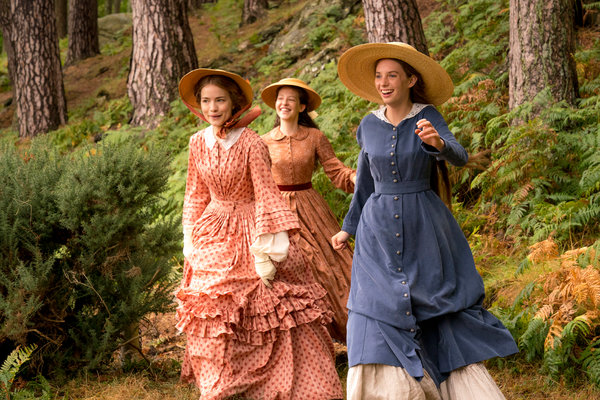 LITTLE WOMEN on Amazon. If you would welcome yet another other adaptation of Louisa May Alcott’s coming-of-age classic with open arms, stream this mini-series that ran on PBS as part of “Masterpiece.” The three hourlong episodes are pleasantly binge-worthy, but those loyal to the novel may walk away disappointed, Mike Hale wrote in his review for The New York Times: “What we get is a fairly faithful rendition of the book’s events that lacks the warmth and depth of feeling that make the book worth reading.”

THE FINAL TABLE on Netflix. Foodies looking for a cooking competition with more oomph than “The Great British Baking Show” may find enough action in this new international series. Twelve teams of elite chefs from around the world are judged by nine culinary stars, and each episode focuses on an ethnic cuisine. There to help the judges are celebrity ambassadors including Dax Shepard, Colin Hanks and Hasan Minhaj.

BROADWAY DANNY ROSE (1984) 8 p.m. on TCM. Woody Allen stars as the titular character, a talent agent whose eccentric clients have little to offer — except for the washed-up lounge singer Lou (Nick Apollo Forte). This black-and-white comedy picks up when Lou lands a comeback gig at the Waldorf-Astoria and asks Danny to show up as the boyfriend of Lou’s mistress, Tina (Mia Farrow). But that seemingly simple favor puts him at the mercy of the mob and nearly costs him his life. Like most of Allen’s films, “this one is a romance at heart,” Janet Maslin wrote in The Times. “But the love story here is so ingeniously submerged that the characters never express their feelings directly.”