A Canadian sketch-comedy show returns for a third season on IFC. And a four-part British psychological thriller series has its United States debut on Sundance Now.

BARONESS VON SKETCH SHOW 9 p.m. on IFC. Mom jeans, dry shampoo and catcalling are among the subjects this Canadian sketch-comedy show has taken on. Created by and starring four women, the program distinguishes its raunchy political satire from other sketch shows with a combination of gender fluidity; short, internet-friendly sketches; and the recurring theme of what it’s like being 40-something and female. “I felt like I wasn’t truly hearing women’s voices on TV,” Jennifer Whalen, one the show’s creators, told The New York Times in 2017. “We all talk about auditioning for ‘the mom’: ‘Does anyone want a sandwich?’ But in real life my girlfriends are so interesting, and the way they talk about their children and their lives is dark and hilarious and funny.” Those three adjectives certainly apply here. 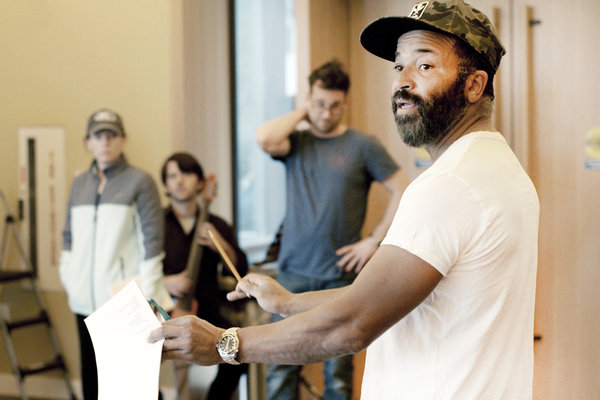 WE ARE NOT DONE YET 8 p.m. on HBO. This 40-minute documentary, produced by the actor Jeffrey Wright and directed by Sareen Hairabedian, follows a poetry workshop attended by 10 veterans grappling with PTSD and other issues resulting from their time in service. Their poems are ultimately shaped, with help from Wright, into a live performance in Washington. Hairabedian’s documentary follows this process while also delving into the backgrounds of the veterans in the program.

THE CRY on Sundance Now. Jenna Coleman, star of the British show “Victoria,” plays a young mother in this four-part psychological thriller, which is based on the Helen FitzGerald novel of the same name. The Australian actor Ewen Leslie plays her husband. The couple’s baby disappears, and the story focuses on the fallout as the authorities piece together what happened and the way the couple copes with the loss and questions that surround it.

WEST-EASTERN DIVAN ORCHESTRA AT CARNEGIE HALL on medici.tv. The conductor Daniel Barenboim’s barrier-breaking orchestra was founded almost two decades ago with a simple idea: Bring musicians from opposing groups in the Middle East together to make music. The West-Eastern Divan Orchestra’s members include Israelis, Palestinians and musicians from various Arab countries. “I always say to them, ‘I expect all of you to agree on how to play Beethoven,’” Barenboim recently told The Times. “I don’t expect you to agree on the other side’s narrative. But I do expect you to try to understand it and respect it.” The orchestra is on a five-city American tour; it Carnegie Hall stop on Thursday will be streamed live, free, on medici.tv.

KING OF THE HILL on Hulu. All 13 seasons of Mike Judge’s slow and sweet small-town Texas animated sitcom are on Hulu. Come for the propane, beer sipping and satire. Stay for the satisfyingly nuanced relationships.