Rupert Grint stars in the British series “Sick Note” on Netflix. And an episode of Vice’s HBO show looks at the humanitarian crisis in Yemen.

SICK NOTE on Netflix. The “Harry Potter” alum Rupert Grint and the English funnyman Nick Frost lead this very dark, very British comedy series. American audiences have yet to see the show, which debuted last year in Britain on Sky One and recently concluded its second season there. Americans will get both at once on Netflix. Grint plays Daniel Glass, a young man with a job he hates (his boss is played by the “Miami Vice” actor Don Johnson) and a fondness for marijuana and video games. At the beginning, an oncologist (played by Frost) tells Daniel, erroneously, that he has terminal cancer. Daniel realizes that being sick has its perks, so when he learns about the mistake, he doesn’t share the information. The situations that grow out of that fib become progressively more absurd. In Season 2, Lindsay Lohan joins the cast. 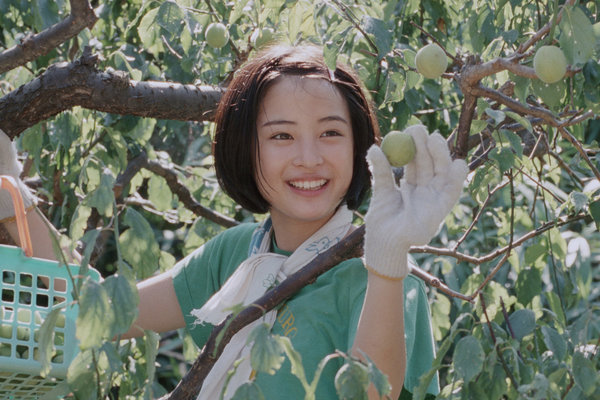 OUR LITTLE SISTER (2016) on Google Play and YouTube. The Japanese director Hirokazu Kore-eda’s latest film, “Shoplifters,” has its American theatrical release on Friday. This earlier feature from the filmmaker, adapted from a manga series by Akimi Yoshida, centers on a group of siblings. Three sisters attend their father’s funeral and discover that they have a young half sister, and take her back to live with them. The rest of the story shows the sisters as they go about their everyday lives, which seem somewhat mundane. But there’s a “narrative stealth” at work that A. O. Scott wrote of in his review for The New York Times. “You are shaken, by the end, at how much you care about these women and how sorry you are to leave their company.” He compared the plot to Chekhov, and wrote that the film “goes down as easily as a sip of the plum wine the sisters brew and yet leaves the viewer both sated and intoxicated.”

JIRO DREAMS OF SUSHI on Hulu. In this documentary, thick, succulent cuts of fish pose over rice to the sound of Philip Glass compositions as the director David Gelb profiles the revered sushi chef Jiro Ono and his restaurant. While Ono’s work (and work ethic) is the focus, Nicolas Rapold, in his review for The Times, wrote that the most interesting elements are Ono’s “story of fleeing home at 9 (later photos show a young man staring with rock-solid confidence), his parsing of fatty tuna’s simplistic taste and glimpses of his wicked wit.”

VICE 7:30 p.m. on HBO. This two-part episode is hosted by the journalist Ben Anderson. In the first part, Anderson reports on the use of MDMA as a remedy for PTSD. (He has struggled with the disorder personally.) The second part covers the humanitarian crisis in Yemen.