An espionage series with a familial twist debuts on NBC. And a five-part detective drama series lands on Acorn TV.

THE ENEMY WITHIN 10 p.m. on NBC. Faced with the ultimatum of saving her daughter’s life or leaking the names of four fellow agents, a steely C.I.A. operative named Erica Shepherd (Jennifer Carpenter) chose family — a decision that put her behind bars and made her the United States’ greatest traitor. The pilot of this new spy series opens three years after her arrest, when an F.B.I. agent, Will Keaton (Morris Chestnut), desperate to prevent an impending attack, reluctantly enlists Erica for her unmatched code-breaking skills. The job becomes a chance for Erica to prove how valuable she is, right her wrongs and see her daughter again. But that all hangs on her ability to prove that she can be trusted.

THE VOICE 8 p.m. on NBC. The blind auditions of Season 16 kick off as John Legend joins the previous coaches Kelly Clarkson, Adam Levine and Blake Shelton.

BIOGRAPHY: THE TRUMP DYNASTY 9 p.m. on A&E. This six-hour documentary series, broadcast over three consecutive nights, chronicles how three generations of the Trump family rose to power. It weaves archival footage with firsthand accounts from journalists, media personalities and others close to the 45th president to trace how he landed in the White House.

INDEPENDENT LENS: PEOPLE’S REPUBLIC OF DESIRE (2018) 10 p.m. on PBS (check local listings). The comfort of watching shows like “Black Mirror” or “The Twilight Zone” is knowing that no matter how realistic the stories can be, they are, in the end, fiction. Not so with this unsettling documentary. It delves into the bizarre world of live-streaming in China, where online entertainers can earn up to $200,000 a month through virtual gifts showered upon them on the social network YY. All they have to do is win over millions of people in online “showrooms,” many of whom are willing to give up their savings for a chance to quell loneliness and prop up a star. 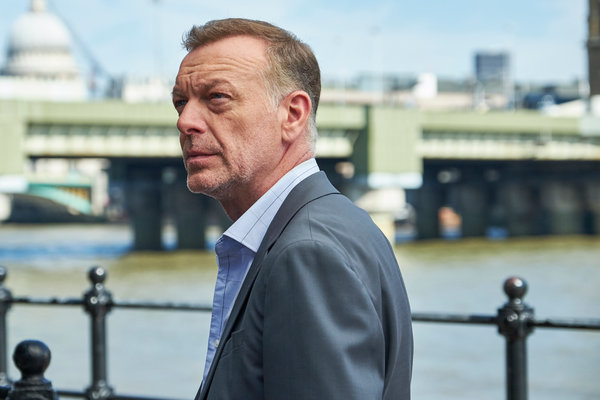 LONDON KILLS on Acorn TV. Judging by the title alone, this new five-part scripted series doesn’t necessarily show London’s rosy side. Rather it follows a team of detectives tasked with unspooling the city’s toughest murder investigations. Each episode tackles a different case, but the most troubling mystery is an ongoing one that threads the show together: The wife of the lead detective, David Bradford (Hugo Speer), has been missing for three months. By the end of the first episode, we learn that she may have ties to a case the team is assigned to.