Getting a pandemic puppy seemed like a bad idea for a blended family. Until we did it. 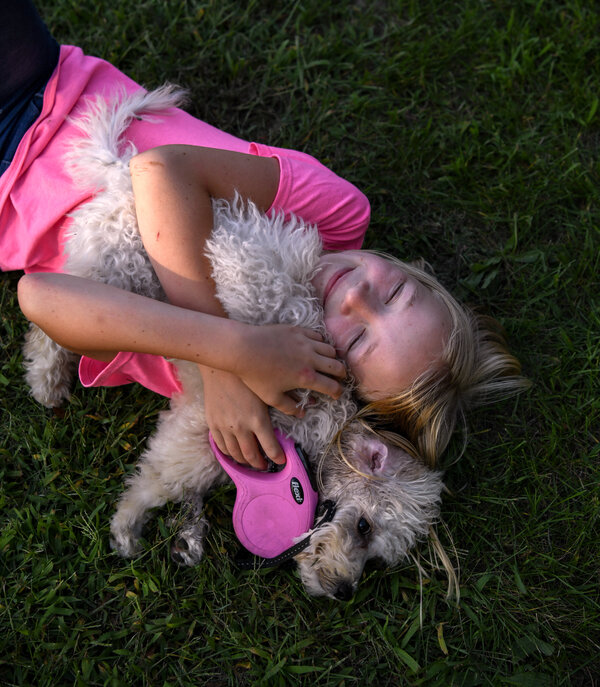 My stepdaughter, Louise, is 10 years old and like many girls her age, she has a nurturing and maternal streak. She’s attuned to the needs of her parents, friends, babies and animals. At the apartment her father and I share in Hudson, N.Y., we don’t have a backyard or pets; at her mom’s 40 minutes away, they have a dog, a cat and two horses. We always assumed she was getting the best of both worlds: city and country life.

In early May, after her elementary school in Catskill, N.Y., closed for the year (they’d been temporarily closed since March), she told me matter-of-factly that she had anxiety, a word I’d never heard her use in relation to herself. She hadn’t been sleeping well since March. She’d fall asleep easily, only to wake up an hour later, wide-awake, on edge. We tried everything: the Calm app, sleep programs, meditations, warm milk, reading, yoga, no television, talking about her fears. We blamed it on the leftover ice cream cake from my birthday that she loved eating at nighttime. We blamed it on the fact that for years when one of us was out of town, we’d let her sleep in our bed. Plus, we told ourselves, kids around the world were having a hard time sleeping during the pandemic.

But she kept waking up, sometimes five times a night, and then none of us were sleeping. When my head hit the pillow, I’d wonder with dread if it would be one of those nights we’d all be up every other hour.

In the mornings, Louise would be drained and teary, feeling guilty and overwhelmed. She said she was scared at night, and she thought a puppy as a companion would help. Yes, her mom had a full-grown dog, but she explained to us that this puppy would be for the purpose of transitioning between homes.

Louise and I connect on the fact that we are both daughters of divorce. Her dad’s parents are still together, so it’s a perspective and way of life she and I share that he doesn’t relate to. “Fourteen must have been really hard for your parents to divorce,” she’ll often say, tinged with more compassion than I’ve ever been met with from family or friends on the subject. 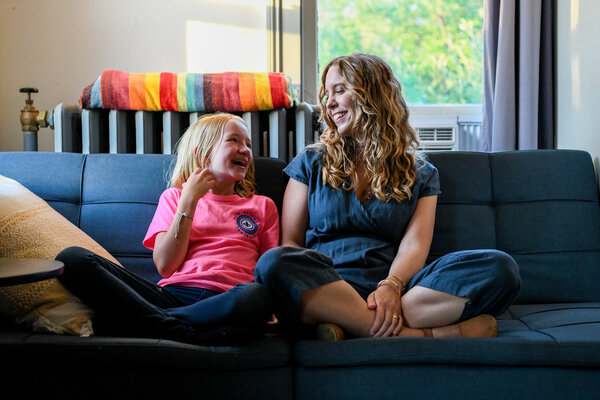 When the topic of blended families comes up, she’ll say, almost proudly, “I’ve been going back and forth between homes since I was two.” But she’ll also quote a line from the best-selling “Blended” by Sharon M. Draper, a book we both read and loved, about an 11-year-old biracial girl alternating weeks (and chapters) at her mom’s and her dad’s.

“You know the part where she says, ‘I never say I’m going home, it’s either ‘mom’s house’ or ‘dad’s house?’” Louise said to me. “It feels like that sometimes.”