Warren Berlinger, whose career as a character actor spanned more than six decades and featured myriad roles in film and television dramas and comedies, died on Wednesday at the Henry Mayo Newhall Hospital in Santa Clarita, Calif. He was 83.

Mr. Berlinger’s daughter Elizabeth Berlinger Tarantini said the cause of death was cancer.

On television in the 1960s, ’70s and ’80s, his roles included appearances on “Operation Petticoat,” “Too Close for Comfort” and “Murder, She Wrote.” He also appeared on “Friends,” “Columbo” and “Charlie’s Angels.”

Mr. Berlinger appeared in several episodes of the sitcom “Happy Days” during the 1970s and ’80s, in roles including Dr. Logan, Mr. Vanburen and Army Sgt. Betchler. His most recent television credit was from 2016 on “Grace and Frankie.” 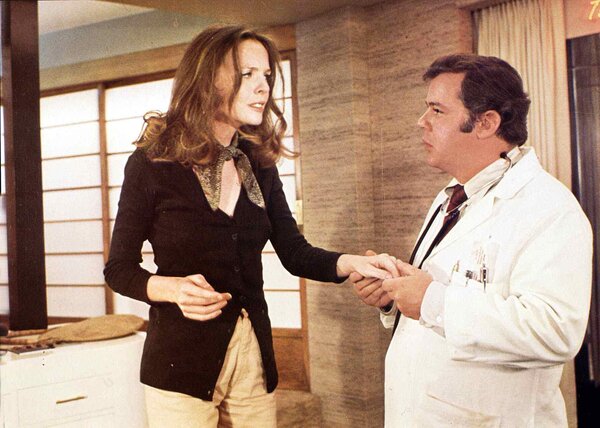 Mr. Berlinger was born in Brooklyn on Aug. 31, 1937, to Elias and Frieda Berlinger. His father owned a glass store in Brooklyn, and his mother was a homemaker. Before his acting career took off, he took some classes at Columbia University.

Mr. Berlinger met the actress Betty Lou Keim when they were child actors in an industrial film that showed how globes were made. He yanked her pigtail braids, Mr. Berlinger’s granddaughter Katie Tarantini said on Saturday.

Mr. Berlinger and Ms. Keim were in the 1956 film “Teenage Rebel,” his first film, which was adapted from the play “A Roomful of Roses,” in which they had also appeared.

As part of a project in her senior year of high school, Ms. Tarantini described why she believed Finch was her grandfather’s favorite role: As a struggling actor working hard to succeed, Mr. Berlinger saw himself in the show’s character, who was a young window washer looking to move up the corporate ladder.

At a dinner at a hotel in London one night after the show, the orchestra at the restaurant struck up a song from the show, “I Believe in You,” Mr. Berlinger told an interviewer in November 2019.

“We were the talk of the town,” he said. “I get chills even talking about it.”