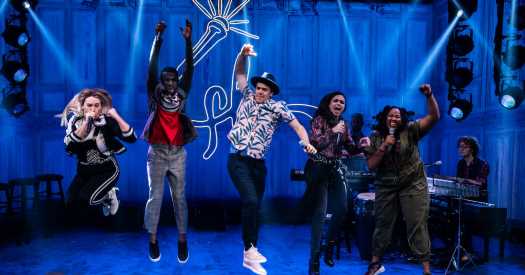 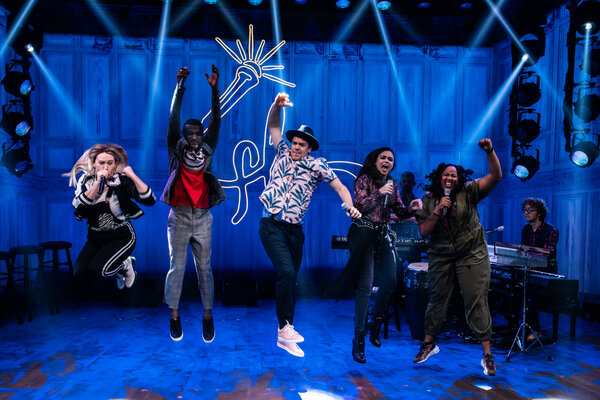 The Tony Awards, long delayed by the pandemic, announced on Tuesday the first recipients, honoring the Broadway Advocacy Coalition, an organization started five years ago by a group of actors and others as a tool to work toward dismantling racism through theater and storytelling.

The other recipients were “David Byrne’s American Utopia,” an intricately choreographed concert by the Talking Heads singer, and “Freestyle Love Supreme,” a mostly improvised hip-hop musical that was created, in part, by Lin-Manuel Miranda. These honors, called special Tony Awards, were presented to three recipients that the Tony administration committee thought deserving of recognition even though they did not fall into any of the competition categories, according to a news release.

The recipients were announced more than one year after the ceremony had originally been expected to take place. During the coronavirus pandemic, the ceremony was put on indefinite hold. The awards show — a starry broadcast that will celebrate Broadway’s comeback — is now set to air on CBS in September, when Broadway shows are scheduled to return to theaters in almost full force. Most of the awards, however, will be given out just beforehand, during a ceremony that will be shown only on Paramount+, the ViacomCBS subscription streaming service.

The award for the Broadway Advocacy Coalition is indicative of how deeply the American theater industry was affected by the mass movement for racial justice set off by the police killing of George Floyd last year.

In a statement, Charlotte St. Martin, the president of the Broadway League, and Heather A. Hitchens, the chief executive of the American Theater Wing — the two organizations that present the awards — said that the coalition has provided an “unparalleled platform for marginalized members of our theater community and tools to help us all do better as we strive for equity.”

Among the organization’s projects is Theater of Change, a social justice methodology — developed with Columbia Law School — that brings together Broadway artists, legal and policy experts and people whose lives have been shaped by forces such as the criminal justice, immigration and educational systems to collaborate on storytelling as a means to advocate “just policies.”

This year’s ceremony for the Tonys, formally known as the Antoinette Perry Awards, will be the 74th such event and will recognize work performed on Broadway between April 26, 2019, and Feb. 19, 2020.

Broadway’s 41 theaters have been closed since March 12, 2020; right now, the first planned performances are for “Springsteen on Broadway,” the rock legend’s autobiographical show, which is set to open this Saturday at the St. James Theater. As of now, the next show scheduled to open is “Pass Over,” a play about two Black men trapped on a street corner, on Aug. 4 at the August Wilson Theater.

“American Utopia,” which opened on Broadway in October of 2019, is planning to restart performances on Sept. 17. “Freestyle Love Supreme,” which opened that same month, is scheduled to play again for a live audience on Oct. 7.