“In this season we go even deeper. Tried and tested, long standing relationships are tested, new friendships are forged,” Tom Schwartz, who walked the red carpet at BravoCon with his Vanderpump Rules costar, told Us Weekly exclusively. “Friendships that you never thought you would ever see are forged and there’s lots of highs and milestones, we get to see Jax [Taylor] get married.” 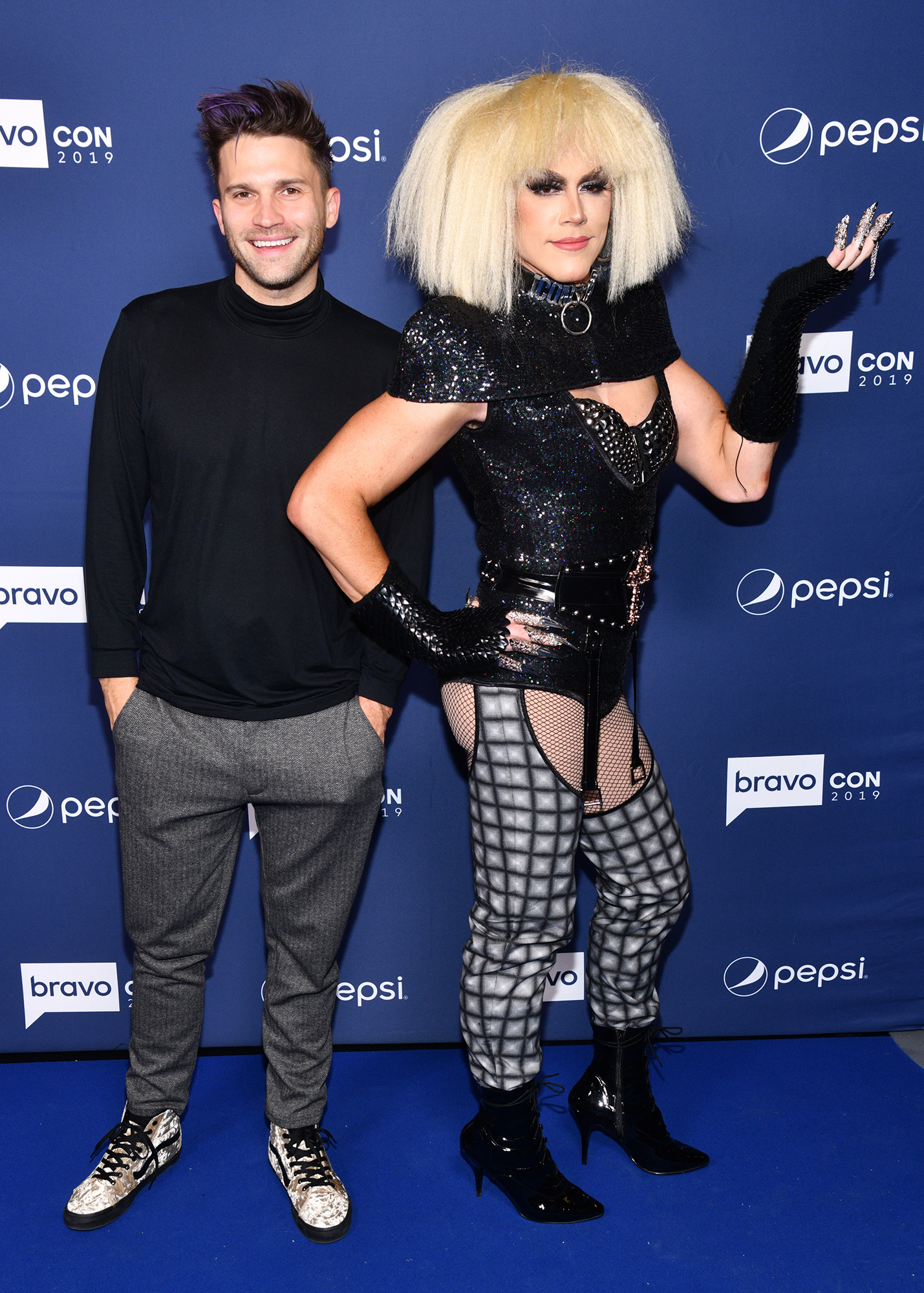 “It was a such journey emotionally,” Sandoval, who was dressed as his drag queen alter ego for the occasion, added of Jax and Brittany Cartwright’s nuptials. “It was an emotional journey, a mental journey.”

In the trailer for the upcoming season of the Bravo hit, fans see Sandoval, 37, and Jax, 40, arguing about their friendship.

“I can’t talk too much about it, but I was in the middle and it was very stressful,” Schwartz, 37, told Us. “I’m a moderator by nature. … I don’t like when they fight.”

Sandoval interjected, “I don’t like it either, nobody likes it. … I know [the fans] like it. There’s also going to be so many hilarious, amazing, funny parts this summer.”

The TomTom co-owners added that Jax’s Miami Bachelor party was “very bizarre,” but “in the best way possible.”

“This season, we have new people. They are awesome, they did a very good job. They came in, they were open and honest. Very authentic,” Sandoval told Us. “I just get nervous like somebody’s going to come on our show and try to put on a front and just sit there and promote their brand.”

Schwartz agreed, noting that the authenticity on Vanderpump Rules is “unrivaled.”

“For the first three or four seasons people would come up to us and say, ‘Listen I know your show’s fake,’ but people don’t do that anymore’ because right now obviously it would’ve came out,” he explained. “If the show was fake or soft scripted it would’ve came out.”