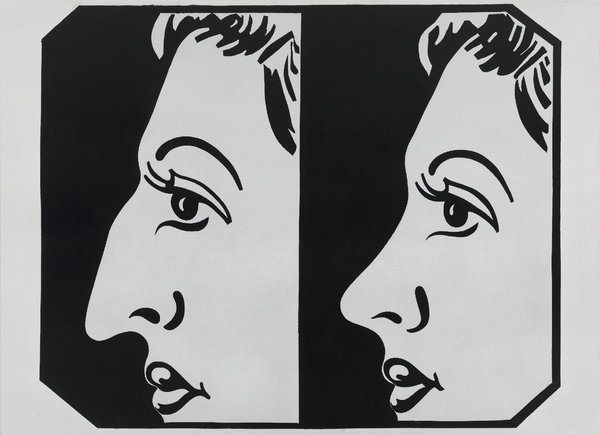 Art: The Whitney Gives Us a New Look at Andy Warhol

Andy Warhol is a natural feature of the contemporary art world. His influence as a personality and a pioneer of mass-market-oriented fine art is so total that it’s difficult to set aside for long enough to make a fresh judgment of the art work he actually made.

But “Andy Warhol — From A to B and Back Again,” opening at the Whitney Museum of American Art and traveling in the next two years to San Francisco Museum of Modern Art and the Art Institute of Chicago, gets you as close to a fresh view as possible. Gathering more than 350 separate pieces, the show covers everything from the commercial art Warhol made for hire in 1950s New York to his 1980s “Reversals” and “Retrospectives,” in which he re-editioned some of his most famous screen prints with new colors. WILL HEINRICH

Film: Viola Davis in a High-Stakes Heist in ‘Widows’

There’s something viscerally satisfying — thrilling, even — about watching Viola Davis’s mist-shrouded eyes turn steely cold: She may weep but she will not weaken.

As Veronica Rawlins in Steve McQueen’s “Widows,” opening on Friday, Nov. 16, Davis is ejected from the security of her marital bed when her husband, Harry (Liam Neeson), and his band of armed robbers are killed on the job. Then Jamal Manning (Brian Tyree Henry), a would-be Chicago alderman, gives Veronica a month to reimburse him the $2 million that went up in flames along with Harry. She enlists the wives (Michelle Rodriguez and Elizabeth Debicki) of his fallen crew members in an intricate, high-stakes heist that no one would assume they had the audacity to undertake.

It’s a role that Davis didn’t initially see for herself until McQueen insisted he did. As for her relationship with Neeson’s Harry, “I know people can roll their eyes, but something needs to be said about it, really,” she said in the movie’s production notes. “Because at what point in the history of cinema, have you seen someone who looks like me and someone who looks like Liam Neeson in bed together, kissing, romantic, in love, married?” KATHRYN SHATTUCK

One of the more unlikely successes in the Metropolitan Opera’s recent slate of new productions was an opera mostly forgotten to history except for a single, popular duet: Georges Bizet’s “Les Pêcheurs de Perles” (“The Pearl Fishers”). Under the direction of Penny Woolcock in a new staging unveiled at Met’s New Year’s Eve gala in 2015 — the first time the company had tackled the opera in almost a century — Bizet’s exoticist fantasy acquired an unusual dramatic clarity. The New York Times declared it the “sleeper hit” of that season.

Starting this Wednesday, the Met thankfully brings back Woolcock’s “Pearl Fishers,” with the conductor Emmanuel Villaume and a strong cast that includes the soprano Pretty Yende as well as the baritone Mariusz Kwiecien and the tenor Javier Camarena, who will sing the famously sumptuous duet “Au fond du temple saint.” WILLIAM ROBIN

Over her three decades in the music business, Mariah Carey has had a comeback or four. But unlike attempts by other veteran divas, Carey’s returns to the spotlight generally succeed, thanks to her enviable ear, superlative vocal talent and willingness to bend her initially sugarcoated pop to new trends.

Throughout the ’90s, Carey leveraged her star power toward collaborations with hip-hop artists who, without her exposure, might not have become household names: “Fantasy (Remix)” with Wu-Tang Clan’s O.D.B.; “Honey” featuring Mase and The Lox; and “Heartbreaker” with Jay-Z. That trend continued even as she became less of a force on the pop charts — the more creative control she had, the more Carey worked within hip-hop and R&B.

Her 15th studio album, “Caution,” is no exception: She collaborates with the Los Angeles producer and R&B crooner Ty Dolla Sign on slow-burner “The Distance”; brings back her famous whistle register on the DJ Mustard-produced “With You”; and employs Bibi Bourelly, the writer of Rihanna’s “B — Better Have My Money,” on the airy, modern “GTFO.” Call Mariah Carey pop, R&B, or simply a diva — but don’t ever call her over. NATALIE WEINER

The playwright Aleshea Harris had her breakthrough production early this year, with “Is God Is” at Soho Rep. A darkly comic, blood-soaked contemporary Western about twin sisters on a quest to avenge their dying mother, it won Harris an Obie Award, and a deal to write a film adaptation for the producer Scott Rudin.

This week another of her plays arrives on a Manhattan stage, and it’s very different in form — though, like “Is God Is,” it juxtaposes laughter with flaying pain. “What to Send Up When It Goes Down,” directed by Whitney White for the Movement Theater Company, is about the relentless mortal danger of being black in the United States.

Starting previews on Sunday, Nov. 11, at A.R.T./New York Theaters, the performance opens with a participatory ritual involving actors and audience, setting the tone for an atmosphere where black people speak frankly and any white people present listen. For most of the play, though, the spectators simply spectate as an all-black cast uses parody, absurdity and increasingly frantic repetition to decry racist violence and honor the dead. LAURA COLLINS-HUGHES

TV: ‘Sally4Ever’ Is Not for the Faint of Heart

Anyone watching Sally (Catherine Shepherd) watch David (Alex Macqueen), her boyfriend of 10 years, exfoliate his cruddy feet — then blow dry his toes — would surely understand why she hesitated when he tearfully proposed. And why, after he bid her to wear his mother’s wedding dress — with a large yellow stain from “an overactive gland” — she beelined from their bed in the middle of the night into a lesbian relationship with the seductively sociopathic Emma (Julia Davis).

It was, as far as Sally was concerned, a matter of life or death.

Consider yourself warned: The British comedy “Sally4Ever,” debuting Sunday, Nov. 11, on HBO, isn’t for everyone, especially if you have a problem with bodily fluids, feces, cracks, crevices, brutal humor and stupefying sex. But if you don’t mind any of that, you might find this creation by Davis (whose “Camping” was recently adapted for the network by Lena Dunham and Jenni Konner) refreshingly, deliriously bonkers. KATHRYN SHATTUCK

In the face of a global crisis, can art move people to action? With “Cut the Sky,” the Australian dance-theater troupe Marrugeku addresses one of the most urgent and inescapable issues of our time: climate change. An international collaboration — featuring artists from Africa, Asia, Europe and Australia — the ambitious, genre-blurring project centers on the Aboriginal people of Australia’s remote regions, who are among the most vulnerable to the threats of climate change on that continent.

Through a potent concoction of poetry, video, song and dance, “Cut the Sky” tells the story of a group of climate refugees confronting catastrophic weather conditions, looking back at the events leading up to their displacement. In a rare United States appearance, Marrugeku brings the 70-minute work to Montclair State University in New Jersey, as part of the Peak Performances series. While it may not offer concrete solutions, such an earnest, lyrical call to action can’t help but echo beyond the stage. SIOBHAN BURKE