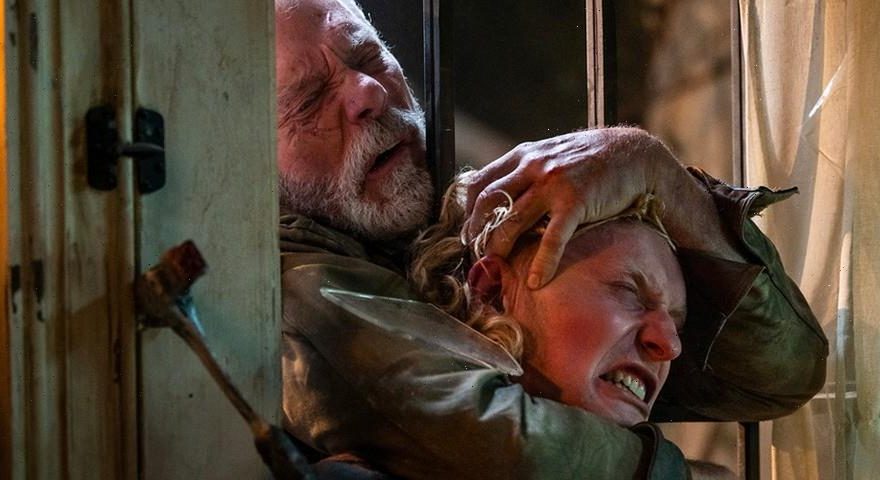 A direct sequel to the 2016 film Don’t Breathe, the new installment sees the return of Norman Nordstrom/The Blind Mind (Stephen Lang) and is set eight years after its predecessor, when a group of young burglars attempted to enter his home. Don’t Breathe 2 continues to focus on Nordstrom, who is now living with an 11-year-old orphan named Phoenix whose family died in a house fire. The young girl is kidnapped by a group of criminals, so The Blind Man must now save her:

In Don’t Breathe, Norman Nordstrom (Stephen Lang) was underestimated by everyone because of his blindness: he revealed an unflinching will to survive and get what he wants… but also a monstrous, evil side of his personality, as nothing – no person or conscience – will stand in his way. Now, in Don’t Breathe 2, eight years later, Nordstrom lives with 11-year-old Phoenix; he has recreated the family that was stolen from him by a drunk driver and has found the twisted justice he’s always felt was his due. When intruders once again come to his home, this time focused on Phoenix, Norman will reveal for a second time what’s hidden inside him… and again, it will be in new and unexpected ways.