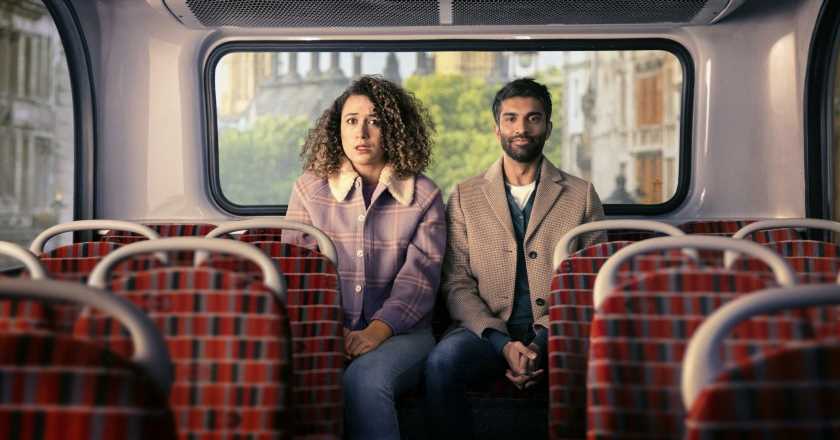 BBC Three’s award-winning comedy series Starstruck has been renewed for a third season. Here’s everything we know so far, including cast, trailer and release date.

If you’re the kind of person who looks sceptical when someone enthusiastically recommends a new comedy series, you’re not alone. Humour is a matter of personal taste, after all, which is why rooting out TV shows that we find genuinely funny can often feel like a never-ending goose chase.

But Rose Matafeo’s charming comedy series Starstruck always delivers the goods. The series, which follows a struggling millennial woman in east London who becomes romantically involved with a famous film star (played by Nikesh Patel) after a one night stand, never fails to bring the belly laughs.

Don’t believe us? The first season achieved a perfect 100% score on Rotten Tomatoes and an impressive 92% critical score for its second season, which means viewers definitely have a soft spot for the modern romcom.

Rose Matafeo exclusive: the creator of Starstruck on the return of her brilliant millennial romcom

It’s downright excellent news, then, that the show is coming back for a third season.

In a statement, the BBC confirmed that Starstruck will be getting a new six-part season following the release of its second instalment earlier this year.

Series creator and star Rose Matafeo will return to write episodes for the upcoming season alongside Alice Snedden and Nic Sampson. The new series will also see Matafeo step behind the camera to direct alongside fellow writer Snedden.

“A third? Sure. Fine. I’m truly thrilled to bring this incredibly talented cast back for a third instalment and equally excited to clamber into the director’s seat alongside my nice friend Alice Snedden, who I cannot seem to get rid of,” said Matafeo of the renewal.

Once an under-the-radar comedy, Starstruck is now a critical darling with nominations for Best Comedy Programme at the Broadcast Awards 2022 and Best Comedy Series at the Edinburgh TV Awards 2021.

Along with the critical acclaim for the show, Matafeo has also been nominated for the Bafta award for Female Performance in a Comedy Programme as well as the National Comedy Award 2021 for Best Breakthrough Artist.

“Starstruck is a blast of fresh comedy air, perfectly capturing the emotional mayhem of a new relationship with sharp wit, dry humour and a truthful eye – we can’t wait to see what Rose and the team have in store for Jessie and Tom in the new series,” said BBC comedy commissioner Gregor Sharp.

“Rose has created a show that strikes just the right balance of heart and humour,” added HBO Max head of originals Sarah Aubrey.

“Starstruck is exactly the kind of romcom that we love at HBO Max, and we are so happy to see Jessie and Tom’s story continue.”

In an interview with The Hollywood Reporter’s TV Top 5 podcast earlier in March, Matafeo opened up about her approach to the future of Starstruck.

“We always treated each [season] as a thing unto its own. The first series… what a perfect ending! It doesn’t need a single thing beyond that – and then we made a second [season]. We had the same approach for season two,” she said.

“We always wanted to do something that would feel satisfying to someone even watching the second season without watching the first… I do think we’ve tried to put work into creating a world people want to return to… and hopefully it’s a world that feels warm and you want to be in company of those characters again. That’s the door that is left open.”