Hollywood Boulevard was brought to a standstill as hundreds of fans turned out to see the musician, real name Calvin Cordozar Broadus Jr, as he was joined by fellow hip-hop stars Dr Dre, Pharrell Williams and Warren G. 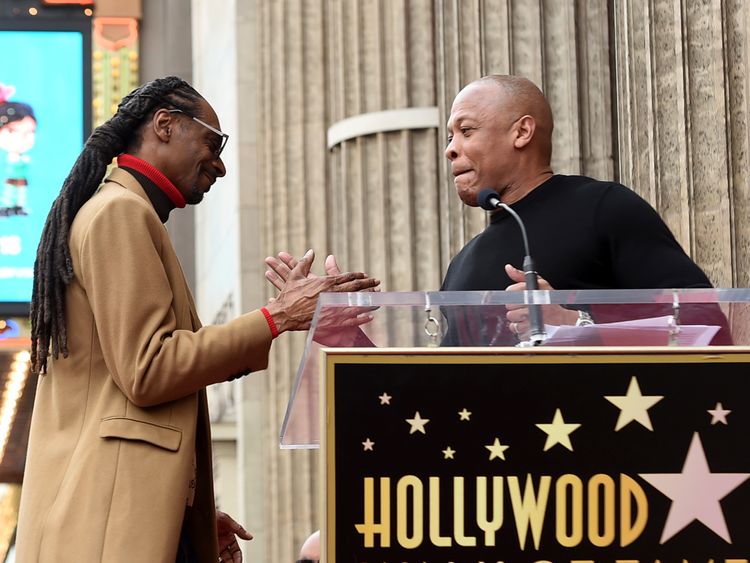 Snoop is one of the most successful rappers of his generation, with numerous platinum-selling albums and hits spanning three decades.

One of the biggest stars of the 1990s West Coast hip-hop scene, he is famed for singles such as What’s My Name?, Gin & Juice, Beautiful and Drop It Like It’s Hot, as well as scores of collaborations including The Next Episode, Nuthin’ but a ‘G’ Thang and Still Dre.

:: Snoop Dogg releasing his first cookbook: ‘From Crook To Cook’ 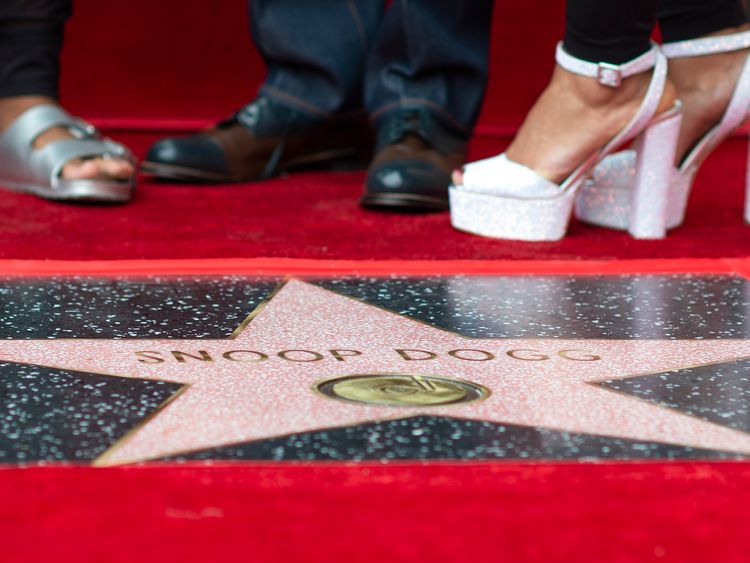 After thanking music producer Quincy Jones and his collaborators and fans, the 47-year-old also had a big thank you for himself.

Rapper and music producer Dr Dre, who has worked with Snoop Dogg since the early 1990s, joined chatshow host Jimmy Kimmel and Jones in speaking at the ceremony.

Jones introduced Snoop to the stage and described him as a “visionary”. He said: “I am so enormously proud of all you have achieved professionally, man. And personally too, for making doggy style a way of life. And for being one of the first entrepreneurs to be a positive role model and influence in the community.

“And it’s no surprise to me because I’ve always known there’s no undertaking or challenge you could not overcome.

“You are not just an artist and entertainer you are a visionary and you deserve this star on the Hollywood Walk Of Fame and every other recognition that comes your way.”