The plants are white as ghosts, and they float in fields as sharply blue as the waters off Dover. Each one is a little miracle, their neuron-like roots winding across the page, their leaves revealing every branching vein. These are photographs, produced only with the light of the sun and an amateur’s chemistry set. There was no precedent for them in the early 1840s — when a woman invented the photobook.

She was the British photographer Anna Atkins, who may not be as well known as Louis Daguerre, William Henry Fox Talbot and other men from the medium’s first decade. But her intensely beautiful blueprints of marine plants, which she began making in 1843, are as significant for the development of photography as for the history of science.

Her magnum opus, “Photographs of British Algae,” whose first sections she published 175 years ago this fall, was the first volume ever to be illustrated with photographs, albeit ones made without a camera. Dozens of pages from that book are on view in “Blue Prints: The Pioneering Photographs of Anna Atkins,” on the interplay of science and art at the main branch of the New York Public Library. 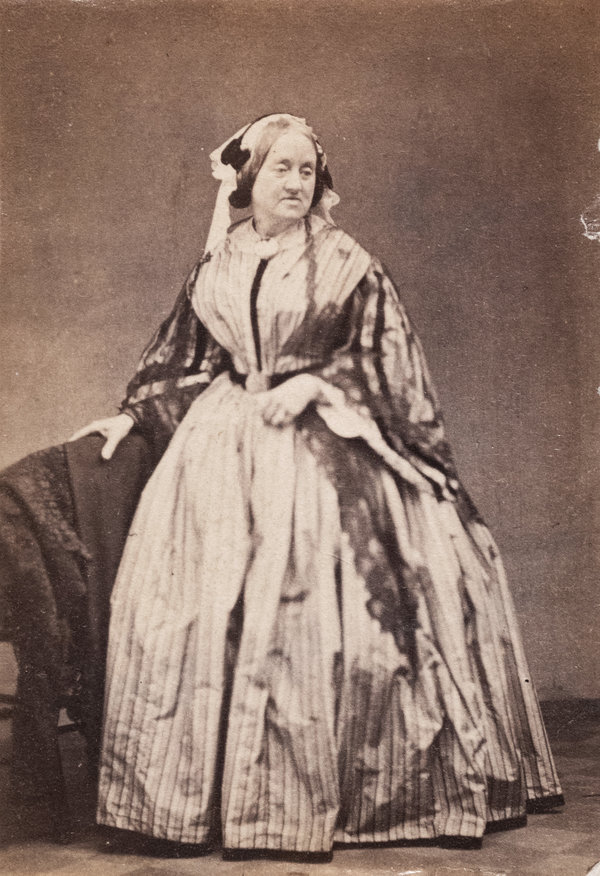 Atkins was born in 1799, in the southeast of England; her father, John George Children, was an amateur chemist who went on to work for the British Museum. He also translated several important scientific treatises into English, like an 1823 taxonomy of shells that young Anna painstakingly illustrated for him. He encouraged his daughter’s interest in the natural world; the New York Public Library’s show includes an early herbarium in which she pressed dried thistles and mint sprigs, and an album of tender watercolor landscapes, begun in 1835 and continued for decades after, that Anna painted as a gift to her husband, the Kent landowner John Pelly Atkins.

In 1839, William Henry Fox Talbot announced that he had discovered a new means of “photogenic drawing,” which could trace the details of plants, fabrics or the like on light-sensitized paper. (Photography has the rare distinction of being invented twice: Daguerre and Talbot hit on two different techniques, independently of each other, in the same year.) Talbot presented his technique at the Royal Society, of which John George Children was the secretary, and Anna Atkins would soon correspond with Talbot through her father. Like Talbot, she saw that the new technology of photography would allow for a greater scientific accuracy in botanical illustration — which until then had relied either on letterpress printing, which was only as good as its illustrators, or else on dried specimens that turned brittle before long.

She began to collect seaweed from the southeast coast of England and the ponds around Kent, and she implored friends to lend their own specimens. Then, starting in 1843, she started producing “photographical impressions” of these algae, “many of which,” as she wrote in a letter displayed in the show, “are so minute that accurate drawings of them are very difficult to make.”

Her chosen technique was the cyanotype — or blueprint, as it would later be known when architects embraced it. You first slather a sheet of paper with a solution of iron salts, then leave it to dry. Next, you place an object on the paper and compress it under a pane of glass. Leave it in the sun for about 15 minutes, then wash the exposed sheet in water, and the uncovered portion of the paper takes on a rich Prussian blue.

The rest of the sheet, obscured by the compressed algae or leaves, features a white negative impression, like an X-ray or a snow angel. The species Dictyota dichotoma becomes a bundle of thick, tangled rhizomes, while Furcellaria fastigiata comprises spindlier, daintier strands that look like nerve endings. One seaweed specimen has the density of a chanterelle mushroom; another appears more like a tangle of fallen feathers.

Yet these are clearly more than an amateur scientist’s recordings. Atkins laid down the plants on the page with a careful eye to composition, often with an attempt at symmetry. Pairs of specimens are arrayed like nearly identical siblings; thicker seaweed results in more indistinct, abstract skeins. The algae bristle and undulate in Atkins’s cyanotypes, whose rich blues, of course, recall the ocean. Even the captions exhibit a playful inventiveness. For the title page of one chapter of her book, she fashioned the letters in “British Algae” out of wispy strands of seaweed, forming its name out of its subject.

As cyanotypes are not made from a negative, each Atkins photogram was one-of-a-kind — making “British Algae” an arduous enterprise that took a decade of labor. (Servants would likely have helped her, though we know next to nothing about her working process.) The resultant books were different, too. Atkins mailed the pages to subscribers as she completed them; readers then sewed the fascicles together as they pleased.

Her efforts to circulate her work, both to eminent botanists and to photography pioneers like Talbot (who was then completing his own first book, “The Pencil of Nature”), make Atkins quite a different figure from other undersung women now enjoying the attention of New York museums — like Orra White Hitchcock, whose scientific illustrations for her husband’s university lessons were shown at the American Folk Art Museum this summer, or Hilma af Klint, the Swedish theosophist whose groundbreaking abstract paintings, now on view at the Solomon R. Guggenheim Museum, were not exhibited during her lifetime. Atkins, while reserved, was no outsider, and her blueprints are as significant for who saw them as for what they depicted. The New York Public Library’s collection of Atkins’s photograms, for one, belonged to John Herschel, the inventor of the cyanotype process.

The library has supplemented its showcase of Atkins with a pendant show upstairs, “Anna Atkins Refracted,” featuring 19 contemporary photographers. Most of them make use of cameraless photography techniques; a good number also engage with themes of botany or the place of women in science. The German photographer Ulf Saupe has created a rich cyanotype that resembles one of Atkins’s undulating algae, but is in fact an impression of a plastic bag afloat in the ocean. Strange, wonderful photograms by Letha Wilson begin from impressions of found flowers and industrial objects; she then folds the exposed sheets, photographs them (with a camera), and reprints the uncanny, Bauhaus-ish result.

It’s worth returning to the Atkins exhibition once you’ve seen this contemporary showcase, to look again at her blueprints with an eye on their aesthetic daring. “British Algae” has its place in the history of photography and book publishing, but these resonant cyanotypes are also artifacts from a time when science and art were better acquainted. The plants look like river deltas, like plumes of smoke, like controlled detonations, like lightning bolts scything through darkness. The question of whether photography was art would roil audiences for more than a century to come — but Atkins already had the answer.

Blue Prints: The Pioneering Photographs of Anna Atkins (through Feb. 17) 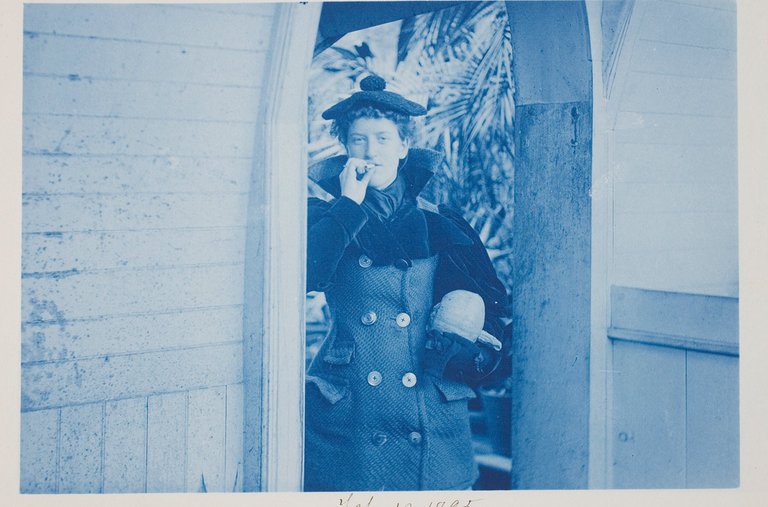 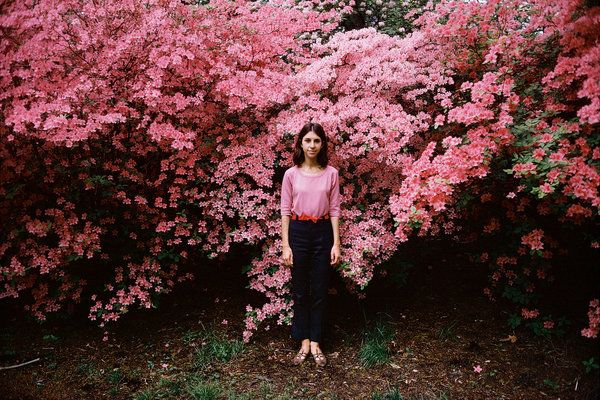