Writing on Twitter after her 2007 hit Don’t Stop The Music was heard playing at a rally in Chattanooga, Tennessee, the 30-year-old vowed to ensure her songs would not be played at such rallies again.

The US president had been at the event in support of candidate Marsha Blackburn on Sunday ahead of the midterm elections on Tuesday.

Responding to a tweet saying her track was being played “as aides toss free Trump T-shirts into the crowd”, the SOS singer said: “Not for much longer… me nor my people would ever be at or around one of those tragic rallies, so thanks for the heads up Philip!” 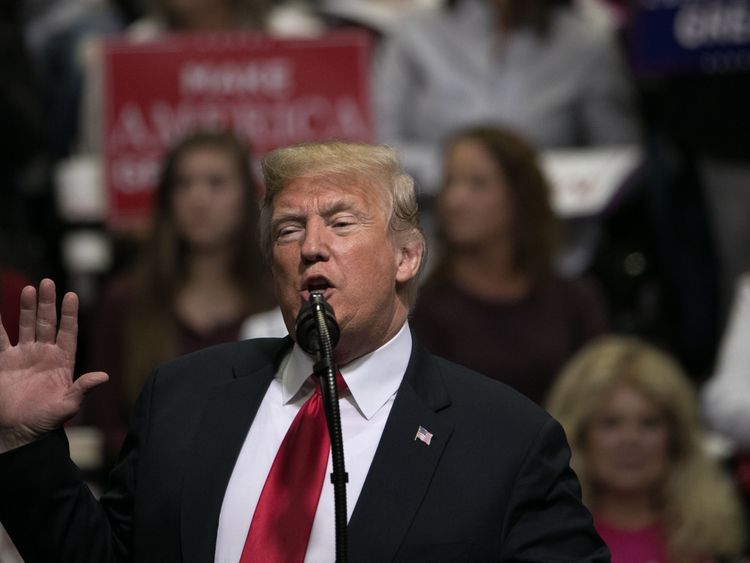 “You have the opportunity to make history this election,” wrote the Good Girl Gone Bad singer on Instagram. “The US has only had four black governors in its entire history, and we can help make #AndrewGillum the next one and Florida’s first!”

The backlash follows musician Pharrell Williams sending Mr Trump a legal challenge over his use of the song Happy on the day of the Pittsburgh synagogue massacre.

Lawyers for the singer issued Mr Trump a cease and desist letter after he played the song at a political event in Indiana “on the day of the mass murder of 11 human bring at the hands of a deranged ‘nationalist'”.

The estate of Prince has also warned president about playing the late star’s song Purple Rain at rallies, while Aerosmith frontman Steve Tyler took action over the use of his song Livin’ On The Edge.